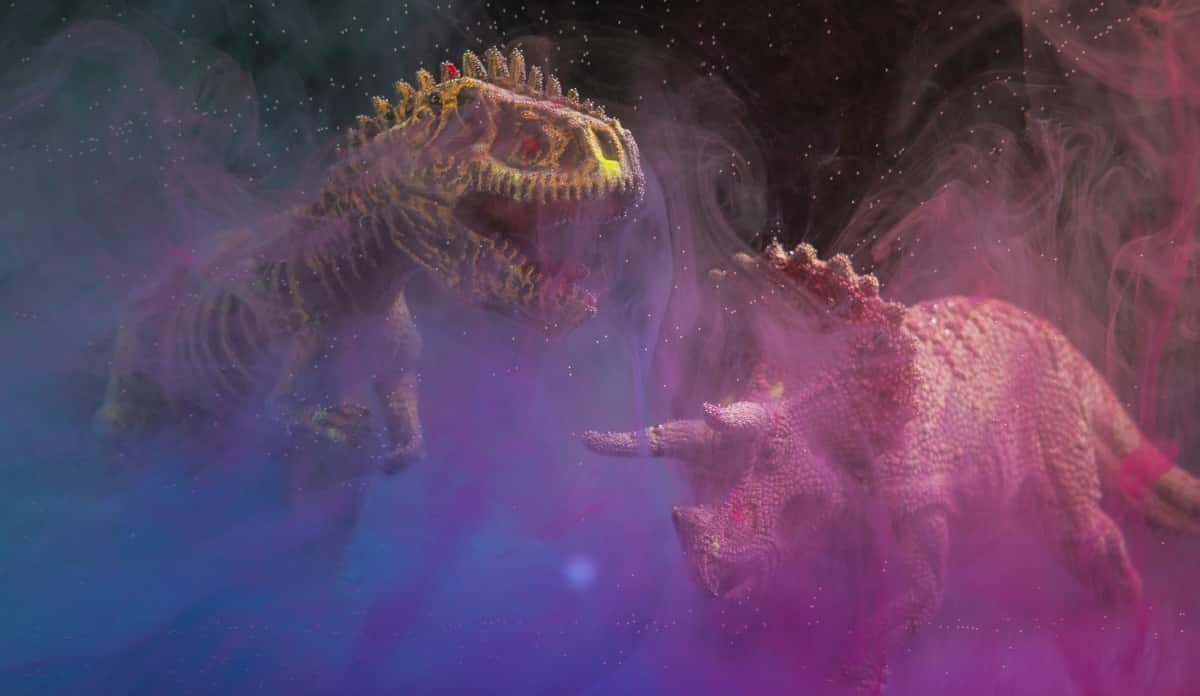 Climate change was killing dinosaurs before the asteroid. Will we suffer the same fate?

More than 66 million years ago, a 12 kilometre-long asteroid crashed into the Yucatán peninsula in Mexico. The magnitude of the impact was so powerful that it triggered tsunamis worldwide and ejected dust into the atmosphere—plunging Earth into complete darkness. Most of the species were killed on impact as the planet slowly transcended into a ‘nuclear winter’ thereby causing mass extinctions.

This is the most widely accepted hypothesis regarding the fall of Earth’s previous occupants. A new study, however, suggests that the dinosaurs’ biodiversity was already on a steep decline—10 million years before the asteroid strike.

In a study published in the peer-reviewed journal Nature Communications, paleontologists analysed the ‘speciation-extinction dynamics’ for six key dinosaur families. Three of the families were carnivorous (the Tyrannosauridae, the Dromaeosauridae and the Troodontidae) while the other three were herbivores (the Ceratopsidae , the Hadrosauridae and the Ankylosauridae). All six families were the most representative and diversified species that survived 40 million years of evolution up until the asteroid hit Earth.

For five years, the researchers compiled information on these families and inventoried most of their fossils, which represented more than 1,600 individual dinosaurs of around 250 species in total. Once each fossil was categorised, they used a statistical model to estimate the number of species that evolved over time for each family. The researchers were then able to trace the species that both appeared and disappeared between 66 and 160 million years ago. The data also estimated the rates of speciation (the evolution of new species) and its extinction over time.

“Our results show that the number of species was in steep decline from 10 million years before the asteroid strike until the dinosaurs were wiped out,” the researchers concluded. “This decline is particularly interesting because it is worldwide, and affects both carnivorous groups such as Tyrannosaurs, and herbivorous groups such as Triceratops.”

While some species declined sharply, like the Ankylosaurus and Ceratopsians, only one family out of the six, the Troodontids, showed a very small decline—which only took place during the last five million years of its existence. So, what could have caused this? The paleontologists stress that it’s climate change.

Dinosaurs were neither ectothermic (cold-blooded) animals like crocodiles nor endothermic (warm-blooded) like mammals or birds. Instead, they were mesotherms—a metabolic system between reptiles and mammals that needed a warm climate to maintain its temperature and perform basic biological functions. At that time, however, the Earth underwent a period of global cooling of around 7 to 8 degrees Celsius. “This temperature decrease must have had a strong impact on them,” the researchers wrote.

Featuring paleontologists from the University of Montpellier in France, the University of Bristol in the UK, and the University of Alberta in Canada, the study is the result of an international collaboration to analyse whether the extinction of dinosaurs was geologically abrupt or gradual. Although there is enough evidence to prove the latter, one question still remains: what would have happened if the asteroid had not crashed? Would dinosaurs have gone extinct anyway since their decline had already begun or could they have ‘rebounded’?

“Many paleontologists believe that if the dinosaurs had survived, primates and therefore humans would never have appeared on Earth,” the researchers said, as noted by The Conversation. “What we can say is that the ecosystems at the end of the Cretaceous period were under significant pressure due to climatic deterioration and major changes in vegetation and that the asteroid dealt the final blow.”

They also highlighted how this is the typical process for the disappearance of species in general. First they suffer a global decline and their population is under pressure. Then another event intervenes and finishes off the group when they are on the verge of extinction.

The study provides chilling insights when applied to our current situation. With earthquakes in Haiti, wildfires in Greece, floods in northern Turkey—not to mention a global pandemic—could we be in the midst of repeating history while making one? All we need is an asteroid strike to top it all off. Asteroid Bennu, I’m looking at you and your 1-in-1,750 chance of slamming into Earth now.

Scientists have reconstructed a fossil to reveal how dinosaurs had sex

We’ve all thought about it once in our life—either on our desks back in eighth grade or halfway through a Jurassic Park filmathon…or on the first chapter of Taken by the T-Rex.

‘How did they do it?’, ‘didn’t their tails get in the way?’, ‘what about all those spikes on their back?’, ‘won’t the female end up castrating the male with all these complications?’. There has always been a smothered buzz surrounding the question of how dinosaurs had sex due to the lack of scientific evidence. All things considered, they should have had a fair amount of sex given the fact that they thrived a whopping 165 million years on earth.

Since dinosaurs aren’t exactly in the position to ‘kiss and tell’, we expected paleontologists to fill us in. However, until now, they claimed to know very little about the topic since soft tissues rarely appear in fossils. We were once again left with Pornhub’s rendition of ‘dino sex’—until the 3D reconstruction of a Psittacosaurus happened.

Unearthed at a fossil site in northwestern China, the Psittacosaurus fossil is said to be a “rare gift” with its surprisingly intact orifice, skin and pigmentation. But paleontologists weren’t able to make much of it due to its flattening during fossilisation.

It was then that a team of scientists led by the University of Bristol undertook the three-dimensional reconstruction of the fossil. The study, published in the journal Current Biology, declares the presence of a ‘cloaca’ in dinosaurs. The cloaca is a multi-purpose opening on the body of many animals including crocodiles and birds. It is a cavity between their legs that allows them to pee, poop, have sex and lay eggs, all-in-one. This is probably why ScienceAlert describes it as the “Swiss Army knife of buttholes.”

This finding also means that their sex organs were tucked inside the cloacal cavity. “You wouldn’t be able to see anything hanging low, or wobbling to and fro…,” writes Brian Switek in his book My Beloved Brontosaurus, putting an end to all careers in the dinosaur erotica industry. Both the male and female’s sex organs featured nothing but a slit under their tail from the outside—until turned on. “The slit is usually a vertical split, sometimes it’s a smiley face, sometimes it’s a sour face. This thing has a V-shaped structure with a pair of nice flaring lips…,” says Jakob Vinther, a paleontologist and senior lecturer at the University of Bristol’s School of Earth Sciences.

Most birds, termed “living dinosaurs” due to their descent, mate by rubbing their cloacas together for a few seconds. This brief ‘cloacal kiss’ is just enough time to transfer semen from the male to the female. Some paleontologists think dinosaurs may have mated like this. But Vinther believes this is not the case with the Psittacosaurus. He equates the cloacal flaps of the Psittacosaurus with that of a crocodile and suspects that they might have had a penis that emerged from the cloaca only while mating. The evidence to prove this, however, was not preserved in the fossil.

The study further reports the presence of two small bulges in proximity to the cloaca which might have had musky scent glands. This, coupled with the fact that the cloaca was found highly pigmented with melanin suggests courtship among dinosaurs. The presence of such sexual beacons to attract mates are seen in baboons and breeding salamanders. “Knowing that at least some dinosaurs were signalling to each other gives paleoartists exciting freedom to speculate on a whole variety of now plausible interactions during dinosaur courtship. It is a game changer,” the team comments after the breakthrough.

The original fossil of the Psittacosaurus currently sits in a display case at the Senckenberg Natural History Museum in Frankfurt, Germany. And until we dig up more dirt in hopes of finding them caught in the act itself, let’s wonder who called it ‘extinction’ and not ‘XXX-tinction.’