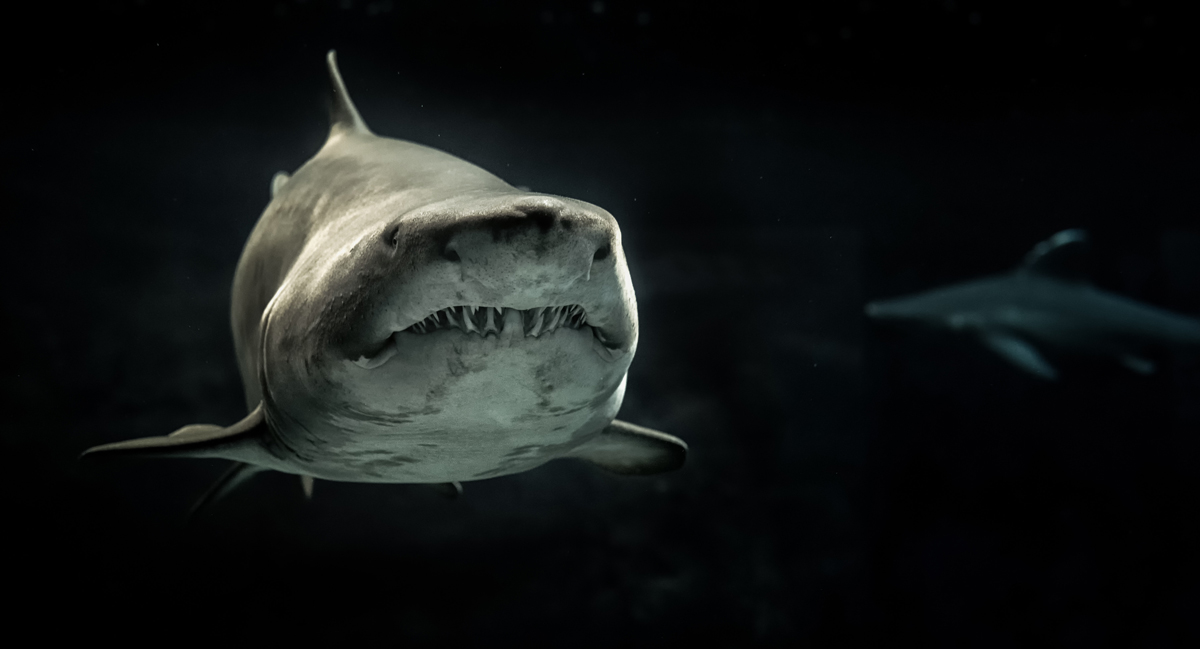 On Tuesday 19 July 2022, the UK broke its national record for the highest temperature ever registered, with a provisional reading of 104.36°F (40.2°C) at London’s Heathrow Airport. As the unprecedented heat wave continues to raise temperatures of the waters around the British Isles, experts believe it’s only a matter of time before the world’s deadliest sharks head to the country’s shores.

Despite a number of suspected sightings over the years, there have been no confirmed appearances of a great white shark in the UK so far. The species currently found in the waters—for example, basking sharks—are reportedly harmless to humans and have no interest in mammals, feeding only on tiny krill or plankton.

But marine biologist and documentary filmmaker Ryan Johnson believes this situation could change “sooner or later” due to global warming.

As one of the experts appearing on National Geographic’s SharkFest season, which kicked off on 17 July, Johnson said, “I would urge every British shark fan to keep their eyes peeled, because sooner or later they are going to see a great white in British waters.”

According to him, the theory that a lot of experts are currently working with is that climate change would result in warmer waters reaching up into the UK. “Because there is a great white population in the Mediterranean and around Spain, that population will be able to extend up to English waters. How quickly that will happen, we don’t know, but throughout the world we have started to see distribution changes in many shark species.”

In February 2022, a fin that locals claimed to be from a great white was spotted off the coast of Goring-by-Sea, West Sussex—having been photographed just 30 miles away from another sighting off Hayling Island, Hampshire, back in 2017.

However, Johnson believes it’s unlikely such sightings were great whites—although not for long. “The most common sharks in the UK are the basking shark and the porbeagle, but they are entirely harmless,” he said. “The basking shark feeds on tiny little things that are a centimetre long. The porbeagle is often mistaken for a baby great white because they are closely related.”

The expert also went on to explain how the great white shares the porbeagle’s ability to elevate their body temperature, which allows them to go into cold water. “But the great white isn’t as advanced, so it’s difficult for them to really extend into British waters, for now. That will change as the seas get warmer—and we might not have to wait too long.”

According to The Independent, great whites are responsible for more human attacks than any other shark species. Attacks have also increased around the world in 2021 after three years of decline, with 73 unprovoked global cases last year, compared to 52 bites in 2020. According to researchers, sharks have additionally been seen growing to enormous and “insane” sizes after taking advantage of protective no-fishing zones to gorge on more prey.

“As temperatures change, the major ocean currents are changing, so the fish that sharks rely on are changing their distribution,” Johnson summed up. “And so sharks are turning up in places they’ve never been found before.”