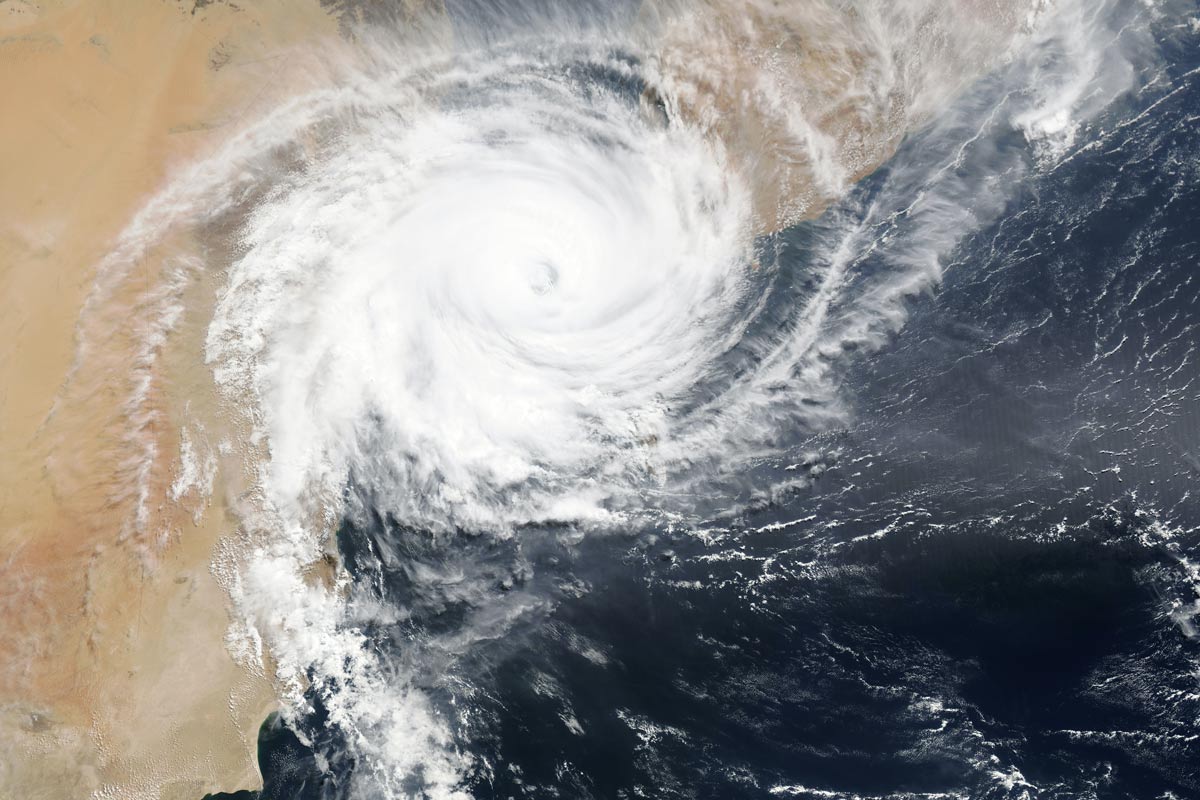 It’s clear the days of relatively rare extreme weather events in Europe are over. Globally, the climate crisis is at the forefront of all of our minds: from forest fires in Greece and Turkey to landslides in Japan and flash floods in major cities like New York and London. As the anxiety builds, many have taken to the streets to start demanding that global leaders make drastic changes to save our planet. Nadia Bloemendaal—a meteorologist at the Institute for Environmental Studies, Vrije Universiteit Amsterdam—on the other hand, prefers to do her activism behind a computer screen, where she believes using her skills can really make a difference.

The importance of mapping extreme weather and early warning systems

Bloemendaal’s work consists of modelling extreme weather, revealing trends in the region that could have significant repercussions for life in Europe within the next half a century. She combines meteorology, mathematics and physics to produce real-world depictions of how the weather is changing across the globe. Her work, along with countless other meteorologists, is producing scientific evidence which in turn shapes the course of climate policy worldwide.

Bloemendaal originally developed her cyclone early-warning system to protect communities in the Global South, however, recently there has been a more sinister forecast for regions further North. The alarm bells are ringing closer to home. Recent instances of extreme weather, such as deadly flash floods across the continent, shouldn’t be brushed off as a rare incident. In fact, it could be foreshadowing a more dangerous, extreme and unpredictable future European climate.

The floods which hit Northern Europe in July 2021 were a tragic disaster, killing at least 180 people. However, if there is one silver lining to the incident, it was that storm warning protection systems did manage to avoid further casualties for people living in the Netherlands. It showed us that warning systems for extreme weather aren’t just recommended in Europe—they’re needed. The day where Europe is largely immune to extreme weather conditions is behind us, political leaders need to step up and implement “early warning systems and adequate communication that can save lives,” Bloemendaal told Euronews.

Bloemendaal indicates that a warmer climate could act as fuel for tropical cyclones, especially if seawater reaches a temperature of 30 degrees Celsius (86 Fahrenheit). In her interview, she continues to warn that seawater temperature at this level can cause tropical cyclones to “keep going and keep intensifying.”

Cyclones could be the norm in Europe

And the forecast is grim. As sea levels rise across the world, it will have a knock-on impact by raising water temperatures. This is particularly the case in the South, where rising water levels could cause northern coastal regions to reach temperatures of up to 27 degrees Celsius. Based on the science Bloemendaal is seeing, parts of the world that don’t see tropical cyclones now may see them in the next 30 to 50 years.

A recent report by the 2021 Intergovernmental Panel on Climate Change (IPCC) reaffirms her fears. In the release, it was confirmed that even at the targeted 1.5 degrees Celsius levels of global warming, heavy rains and flooding are likely to increase across Europe—as well as Africa, Asia and North America. Even worse, this is on the assumption that world-leading powers stay on target with cutting carbon emissions and fighting global warming—a hope that is showing signs of dwindling. The report also stated that observational data across North America, Europe and Asia shows that “human influence” is the key factor in driving extreme weather… No surprises there then.

The work that climate scientists like Bloemendaal are doing to inform us of what our planet has in store for us over the next 50 years or so shouldn’t go unnoticed. Her data indicate that Europe could see tropical cyclones—which can destroy communities, cost millions in damages and ultimately take the lives of innocent people—in our lifetime. However, despite bearing the bad news, Bloemendaal’s work could also indirectly save lives; allowing countries to prepare for the worst and implementing effective early-warning systems. Not all heroes wear capes. 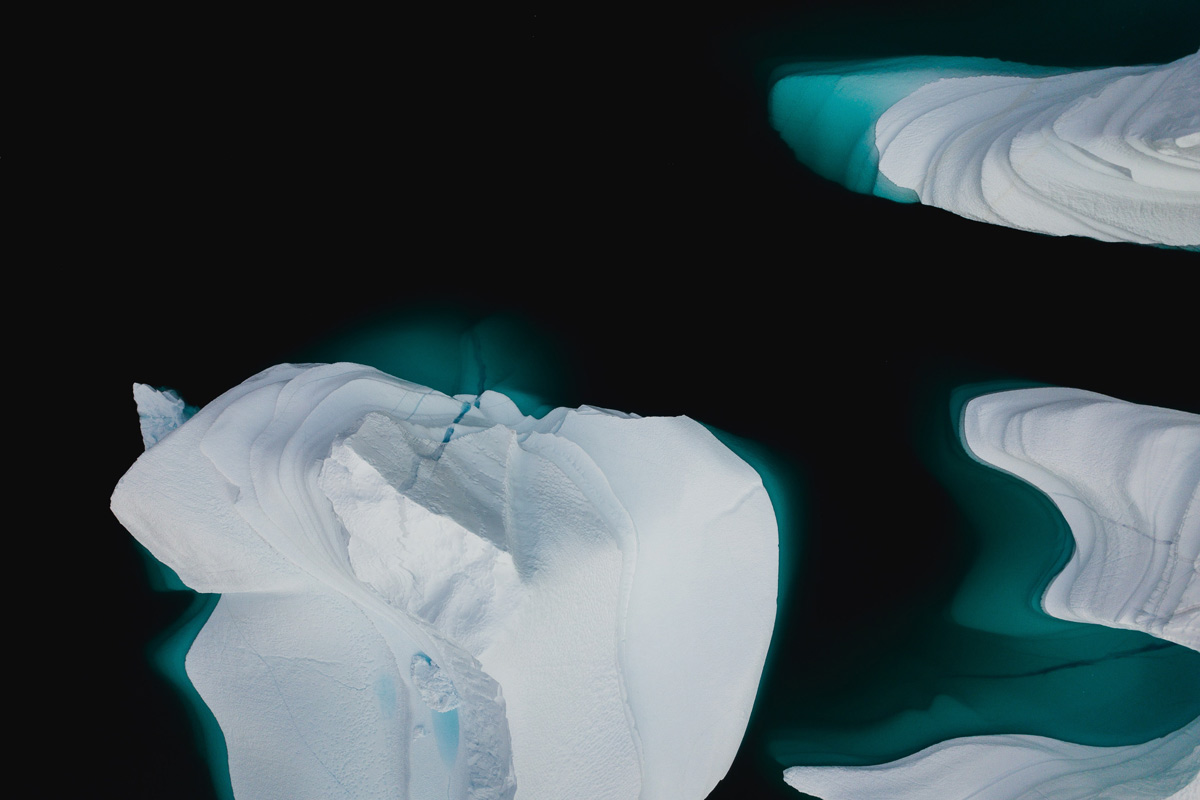 Wildfires in Greece and Turkey, flash floods in Germany and landslides in Japan. It feels like the world is ending—and that’s because it is. Well, that might be a slight exaggeration, but it’s clear that the man-made detrimental impact on our planet is more tangible than ever, and that tangibility is, sadly, here to stay. Just yesterday, 9 August 2021, the UN released a blistering assessment on the state of climate change. The sobering report, claimed by the UN chief to be a “code red for humanity”, stated how it is “unequivocal that human influence has warmed the atmosphere, ocean and land.”

And that’s only the tip of the iceberg—what’s left of it anyway. Recent research suggests that wandering icebergs, brought about by the warmed atmosphere, could pose a significantly underestimated risk of tsunamis.

The icecaps are melting

Before we get bogged down on the details, let’s cut to the South Pole. Last May, a chunk of ice, destined to become the world’s largest iceberg, broke off the Filchner-Ronne Ice Shelf on the western side of Antarctica. The iceberg, named by scientists as A-76—which boasted an impressive length of 105 miles and a width of 15 miles with a square-mile diameter of 1667 (making it bigger than Rhode Island)—slid into the Weddell Sea. Despite this particular gargantuan splash, significant chunks of Antarctic ice are continuously slipping into the ocean year by year, as warming continues to contribute to the ever-more alarming climate crisis.

Icebergs can sometimes be deep enough to even scrape the seafloor, displacing a mind-blowing volume of water with their splash, which can threaten ships and damage marine structures such as platforms and undersea internet cabling. However, even smaller icebergs, which are not large enough to reach the seafloor, can produce underwater landslides when they shoreline and create a possible risk of tsunamis—according to a new study, published in the peer-reviewed journal Nature Geoscience.

The danger of wandering icebergs

This previously under-appreciated geohazard has pricked the ears of many climate scientists as it could have implications for citizens across the globe, even for those thousands of kilometres away from icy climates. The paper thereby claimed that “Icebergs originating from the Arctic, Greenland and Antarctica are hazards thousands of kilometres away from their original source and can affect continental slopes by triggering submarine landslides.”

The insight comes from geological work that revealed an underwater landslide in the Southwind Fjord, near Canada’s Baffin Island between September 2018 and September 2019. Marine landslides, obviously, occur underwater and out of sight—making them notoriously hard to analyse. To conduct the study, scientists consulted satellite, seafloor bathymetric and local seabed composition data in a bid to solve the geological puzzle. The telltale signs of the landslide were found in a comparison of high-resolution images of the Fjord’s seabed. Iceberg pits—20 to 27 meters worth of depressions indicative of an iceberg impact—were found. This suggests that an iceberg slip was the cause behind the submarine landslide.

The new findings add to the ever-growing, and quite frankly dread-inducing, catastrophic impacts of man-made climate change on our planet. The study exposes a new marine geohazard altogether. Submarine landslides were once thought to be only caused by earthquakes—now, it seems icebergs can cause them too. The paper stated that “These results indicate icebergs grounding and capsizing may be responsible for triggering submarine landslides in many Fjords and on continental slopes in polar to sub-polar environments, representing a previously underestimated hazard.” Coastal cities, beware: as the ice caps continue to melt, this hazard is only going to grow and engulf the future in its way.