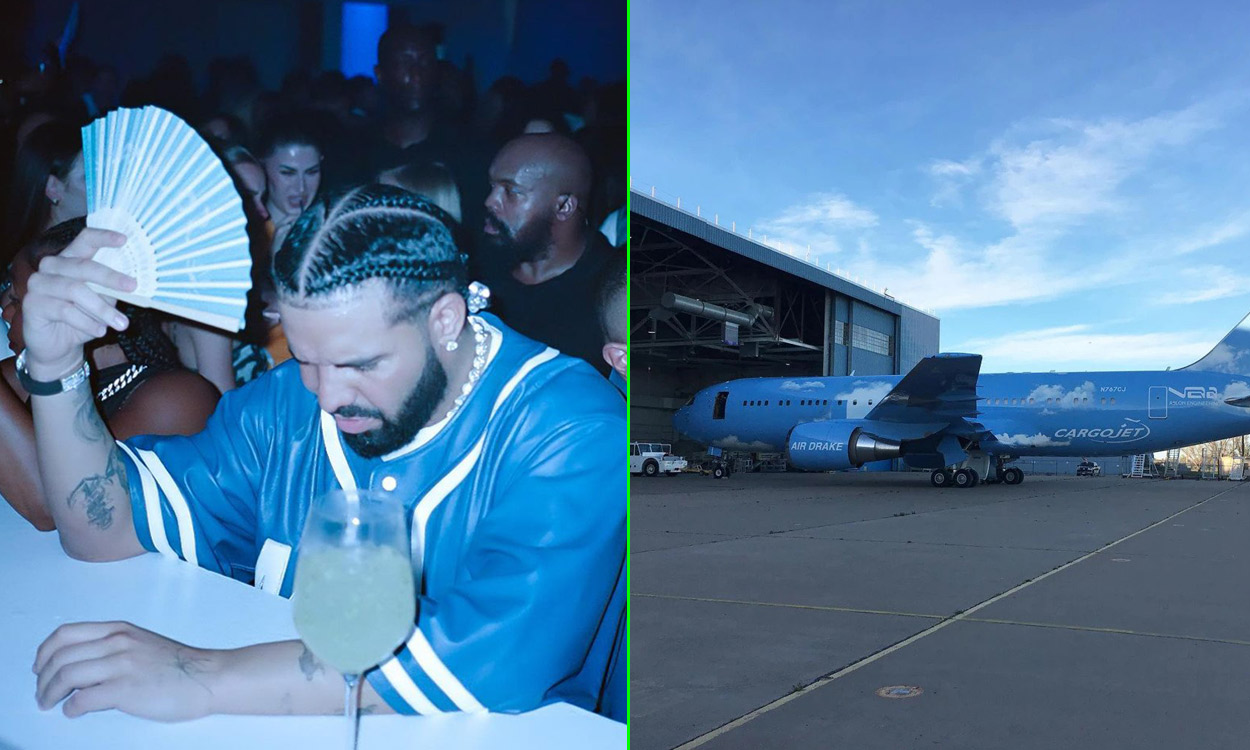 Last week, several public figures including Kylie Jenner, Kim Kardashian, Mark Wahlberg, Elon Musk and Oprah Winfrey sparked backlash for routinely using their private jets for trips that were under 15 minutes. While Jenner was branded a “climate criminal”—who later went on to attempt damage control by hitting a local Target with her daughter, Stormi, and nieces, Chicago and True—the latest celebrity defending their luxurious short-distance travel is none other than Canadian rapper Aubrey “Drake” Graham.

On 22 July 2022, @CelebJets (a flight-tracking Twitter account created by Jack Sweeney to highlight the extravagant habits of the wealthy) uploaded screenshots which showcased how the rapper’s private jet, unsurprisingly called ‘Air Drake’, had recently taken a flight from his native Toronto to Hamilton—both in the state of Ontario—with the journey covering only 38 miles and completing its course in just 14 minutes.

According to data noted by the account, the flight used 1,522 litres of fuel which cost roughly $2,729. A report by The Guardian also stated that Drake’s recent flights have resulted in five tons of CO2 being emitted, which marks the highest amount released by a celebrity’s private jet. The publication went on to mention how this figure is purportedly higher than the average annual global emissions of one person.

When the shocking statistics were discovered by environmentally-conscious fans, they expressed their outrage at the rapper in light of the growing climate crisis.

“Canadians will complain about climate change then pay thousands to go to the next Drake concert, acting like he isn’t taking his private jet on flights from Hamilton to Toronto,” Toronto tech reporter Temur Durrani tweeted. “Drake is part of the problem, taking multiple 15-minute flights to Hamilton and back while the environment is collapsing,” Toronto-based writer and filmmaker Jesse Hawken added. “Dude, take the GO train ffs.”

While some users called out Drake for his “glutinous” waste of fuel just “to get around the lake,” others mentioned how he could have used alternative modes of travel. “Drake, why are you flying for 14 minutes… just take one of your sports cars,” a user wrote.

However, it was only after screenshots of these tweets hit Instagram that we saw a response from the Honestly, Nevermind artist. “Is He Wrong For Using His $185 Million Jet To Go To Hamilton Or Nah?” @realtorontonewz captioned its post on 26 July, which featured multiple screen grabs of articles and viral tweets about Drake.

To this, the rapper replied, “This is just them moving planes to whatever airport they are being stored at for anyone who was interested in the logistics… nobody takes that flight.” Wow, thanks for yet another controversial clarification, Aubrey!

While some fans have supported Drake’s response and criticised the claims for “snooping” into his private life, others voiced their growing frustration triggered by the rapper’s words. “Oh that’s better… I’m glad it was an empty plane being flown… thanks Drake… that makes things better… ” a user wrote sarcastically. “Ok but that’s worse, you don’t see how that’s worse?” another raged, while a third echoed: “you know that’s even worse right?!?” As the post continues to gain traction, the rapper’s comment has gathered 172 replies so far.

“I think we need to, as a society, have a conversation about whether we should be allowing these private flights to be happening in the first place,” climate campaign coordinator Ian Borsuk told CTV News Toronto on the matter.

“I think it can really be frustrating for some folks when, you know, they’re thinking to themselves, ‘Okay, well, I’m doing everything I can in my daily routine to cut down on greenhouse gas emissions, such as taking public transit, buying local products, and things like that’. And in some cases, these flights by private jets could be undoing an entire year’s worth of effort by one person.”