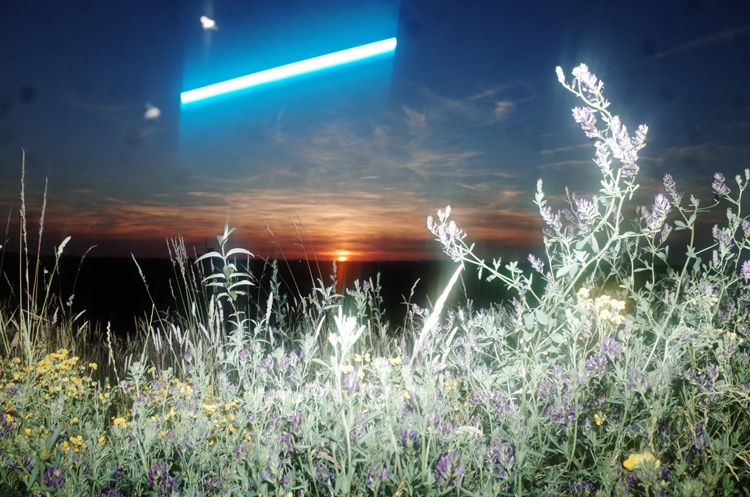 The UN Intergovernmental Panel on Climate Change (IPCC) released the most comprehensive climate change report thus far. As stated by the IPCC, actions currently taken by governments to curb CO2 emissions are insufficient to meet the Paris agreement pledge to maintain temperature rise between 1.5-2 degrees Celsius.

The report goes on to state, however, that even a two-degree rise would be too catastrophic and will result in recurring scorching heat-waves, disastrous floods, droughts, as well as irreversible destruction of the planet’s ecosystem. 80 percent of coral reefs, for instance, will be destroyed once we reach a 1.5C rise, whereas all of them will be gone following a 2C increase. The report concludes by stating that we, as a global community, have no more than twelve years to take drastic action against climate change before setting ourselves on a path from which there’s no turning back. According to IPCC, if we keep going at our current rate of pollution, global temperatures are likely to rise by 0.3C to 4.8C by the end of the century, which will render massive swaths of the planet unfit for humans to live in.

The main takeaway of the IPCC report is clear: human society must take serious (and expensive) actions to curb CO2 emissions, which proves to be the prime culprit behind global temperature rise and the contamination of the environment (since the industrial revolution, the burning of fossil fuels has led to a 40 percent increase of CO2 concentrations in the atmosphere). And while the IPCC notes that both governments and individuals must make adjustments and take action to tackle global warming, it appears that massive corporations (particularly the ones associated with oil production) are the ones who we should worry about most.

According to a Carbon Majors Report, only 100 companies are responsible for 70 percent of carbon emissions since 1988 (with ExxonMobil, Shell, BP, and Chevron identified as the top emitters). What’s more is that in countries across the globe, such companies have bought off the loyalty of greedy politicians and are thus successful in thwarting any significant legal action to cap emissions.

In the U.S., oil companies reportedly dominate the political sphere, particularly when it comes to the current administration and ruling party. Last month, the Guardian reported that numerous right-wing leaning politicians in the U.S. have expressed doubts about the validity of the IPCC report. It appears that while denying climate change altogether is pointless, many American politicians still resort to denying the connection between global temperature rise and human activity (a link that has been confirmed by 97 percent of scientists). In an interview for CNN, for instance, Republican Senator Marco Rubio of Florida said, “I can’t tell you what percentage of [climate change] is due to human activity.” Naturally, the president could not pass on an opportunity to spread misinformation and joined the clamour by stating that “Something’s happening [with the climate] and it’ll change back again … I don’t know that it’s man-made.”

Yet, there is hope. It appears that numerous new-age, progressive political candidates, backed up by thousands of activists, small dollar donations and concerned citizens, are placing climate change at the top of their priority list. The Green New Deal, for instance, is a progressive initiative advocated for by a growing number of politicians (including Senator Bernie Sanders and recently elected congresswoman Alexandria Ocasio Cortez), which lists a number of specific and practical policy goals in order to divert the U.S. economy away from oil and towards renewable energy. The proponents of the plan further state that their goal is to utilise the transition to a green economy in order to create new jobs for portions of the population who are usually left behind in periods of economic growth.

It seems that the only feasible way to press the U.S. government to undertake meaningful action to curb emissions is by supporting initiatives, such as The Green New Deal, that not only strive to eliminate fossil fuel from the economy, but also replace it with sustainable alternatives that would assuage public fear of economic collapse in the event of a transition to renewable energy.

This article is part of an ongoing content partnership between Screen Shot FAIRPLANET. 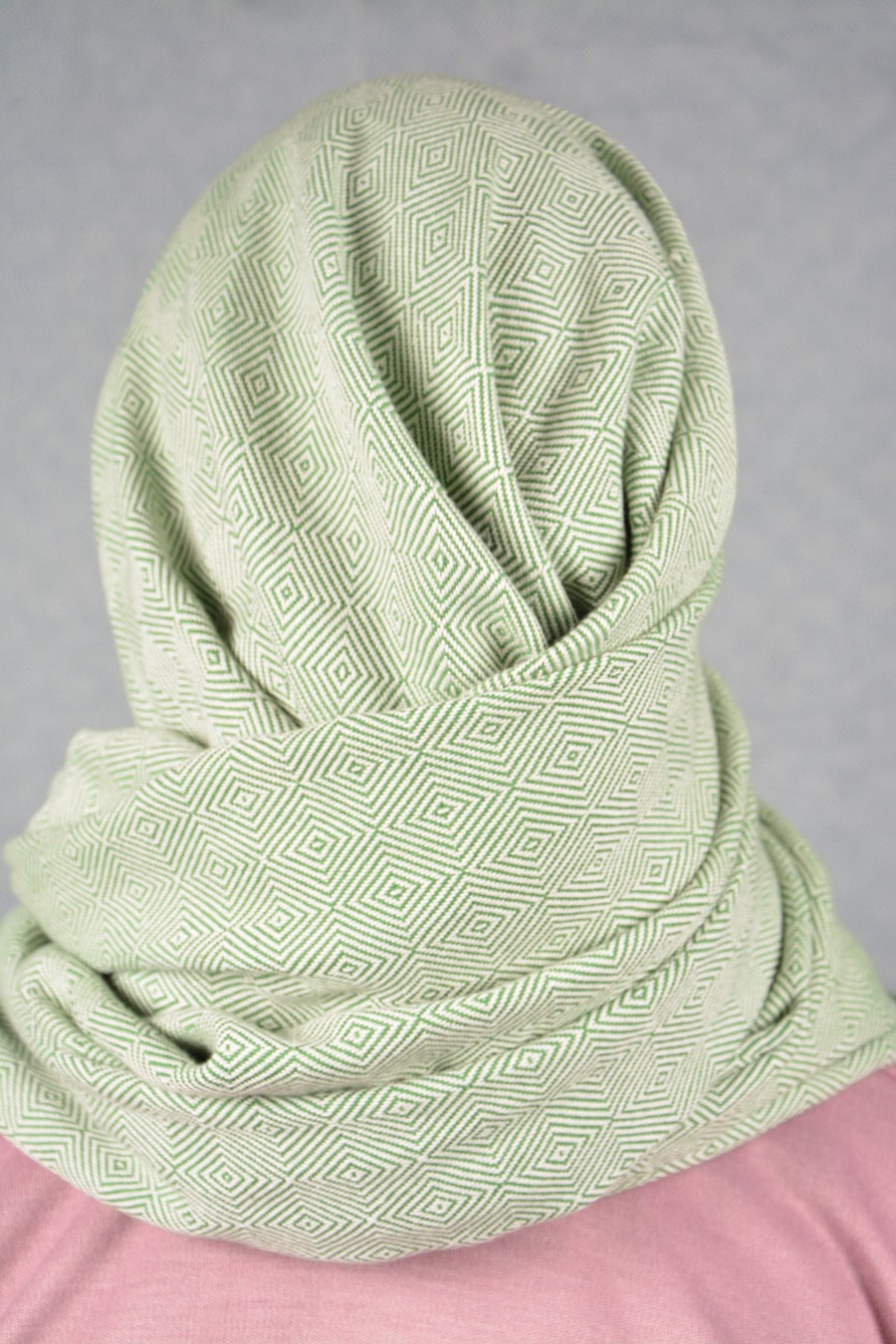 Climate change therapy: how to heal our climate disassociation

Climate change therapy: how to heal our climate disassociation

How does a climate scientist get up in the morning? I’m going to tell you how to face your worst climate fears. Since you have clicked on this article, I know that you are afraid and that you are ready to admit it. I have one thousand words this month to help you through this. Today could be a day during which you think about something bigger than yourself. Perhaps such thoughts will fill you with a surprising sense of calm and connectivity.

I’ve been speaking to climate scientists all month, in search of hope. I’m going to show you where the hope is hidden, but first I’m going to write to you about the bad news, because you have to read it, again. What good would a therapist be if they didn’t sit you down with your greatest anxieties and hold them up to the light, for a proper examination?

Asking a climate scientist if it is all going to be OK is like locking eyes with an air host aboard a plane about to plummet into the ocean. Indeed, sixteen-year-old climate hero Greta Thunberg wants you to panic. Climate scientists and activists wake up every day and know it is too late to mitigate climate change entirely. We are going to have to adapt and nobody knows what this will look like, but that’s what makes a climate scientist tick. It might make you tick too.

Jeffrey Kiehl is a climate scientist and a Jungian analyst living near San Francisco. Kiehl, who has been in the climate biz for four decades, has studied warm climates in the deep past. Earth had a warmer climate before, tens of millions of years ago, but obviously humans weren’t around for that. Here is what Kiehl told me, ten minutes into our Skype call:

Your first instinct might be to reject this information. “It can’t be that bad. That’s not the whole story.” All those defence mechanisms which protect us from unpleasant feelings of uncertainty will kick back against this trigger with which I am presenting you. You are not a climate denier, but you might be experiencing climate disassociation or disavowal.

Kiehl points out that back in the late seventies, when the scientific community realised what would happen if we did not get off fossil fuels, everyone just assumed people were rational enough to wake up and change. What Kiehl finds interesting is that we, the human species, are not acting nearly as quickly as we need to.

Kiehl is interested in the polarising discourse of climate change in the U.S. He believes the modern American myth of “the rugged individual” who ruthlessly pursues their own success, renders it hard for some folks to accept the science of climate change and the government intervention which will be necessary in order to overcome the perils of the Anthropocene. Basically, if a culture values individuality too much, it is difficult to promote the sense of teamwork and altruism needed to overcome the issue.

Certainly, when speaking to those on the front lines of climate action advocacy, the toxic relationship between unchecked individualism and climate disassociation, or the emotional inability to wholly accept the reality of climate change, comes up repeatedly. Remember that last month I spoke to Liam Geary Baulch, a British activist and member of Extinction Rebellion. I asked Geary Baulch why we were so unable to connect with the horror of environmental catastrophe and he replied with the following wisdom:

I wonder if climate disassociation, like individualism, is scalable. Katie Hayes, who is writing up her PhD in mental health and climate change in Canada, thinks most of us experience something like “climate disavowal”, where we move through the world with “one eye open and one closed…which is sometimes worse than climate denial.” In London, for instance, where we are only marginally less polarised than in the U.S., many accept that climate change is happening, but have the dangerous privilege of postponing action.

Now you have read the bad news you might be stomaching the heavy weight of despair; your skin might feel alive with fear or flightiness; perhaps you are frozen, numb or angry. This is exactly where you need to be.

You should message a friend, forward this article, tell them how you feel, ask them how they feel. This is the only way to heal our fear of climate catastrophe. We have to let this environmental shit-show wash over us. Kiehl recommends focus groups in which small communities can talk through their feelings about the topic, although he acknowledges that many societies will feel extremely uncomfortable with this. But we do have to ritually reconnect with each other and with the natural world we are so close to losing. Hayes and Geary Baulch both agree too, that treasuring a sense of community is an important part of healing the disassociation many of us are trapped by.

It is not only the stories of doom we should communally exchange, but tales of how we are making a difference. It starts with recycling a yoghurt pot. Hayes, who trained in climate leadership under Al Gore, tells me that we should write down these small actions, perhaps in a tweet or a diary, and share these amongst ourselves. In this way we can see how momentum adds up, and we are able to reconceptualise the problem beyond our individual actions and our isolated feelings of hopelessness.

“You are a messenger now”, Kiehl tells me. And so now are you. This is how to face each warming day. Go tell it in the office, at the supermarket, on the tube.