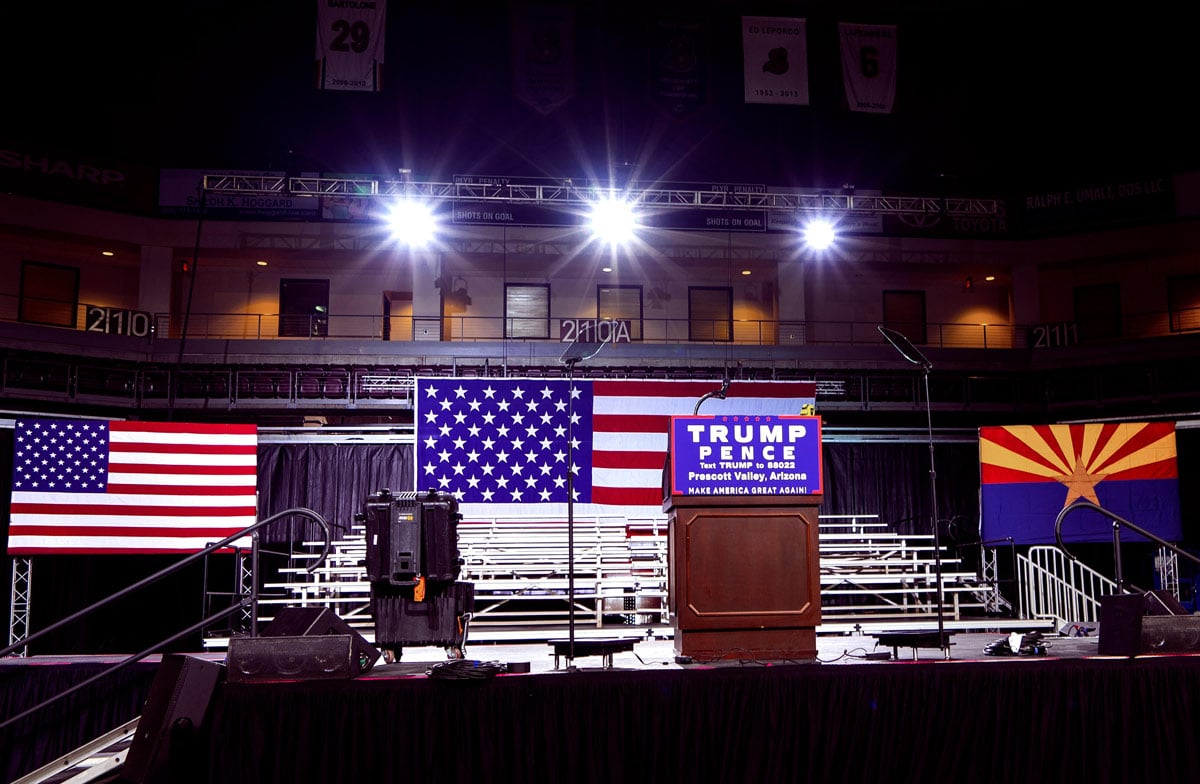 What went down at the 2020 Republican National Convention?

Seen by many on the left and centre as a paean to President Trump, the Republican National Convention (RNC) was sealed last Thursday after four days of fiery speeches and events that kept fact-checkers busy and stirred a fair share of controversy. Here’s what you might have missed from the RNC.

Unlike the Democratic National Convention (DNC), which was held almost exclusively online due to the ongoing threat of COVID-19, the RNC boasted several crowded events, in which very few attendants were spotted wearing masks. On the last evening of the convention, some 1,500 supporters gathered at the White House’s South Lawn as Trump delivered his acceptance speech. Despite the fact that they were seated closely together on folding chairs, almost none of them were wearing a face covering. Most people were not administered rapid COVID-19 tests and, according to two attendees who spoke with the Washington Post, were not screened for symptoms or possible exposure to the virus.

The first two nights of the Convention, and particularly the second, featured aggressive appeals to conservative white Christian voters—Trump’s most prominent base that sees him as somewhat of a messiah. Speeches by members of the Trump family, conservative public figures, and White House officials made references to cracking down on abortion rights, refusing services to LGBTQ people due to so-called religious freedom, slashing environmental protection mechanisms, and defending Confederate monuments.

“Whether you’re a baker, a florist, or a football coach, they will force the choice between being obedient to God, or to Caesar. Because the radical left’s God is government power,” said Cissie Graham, granddaughter of renowned televangelist Billy Graham, making a blunt reference to two Supreme Court cases involving a florist and a baker refused services to a gay couple citing their Christian beliefs.

The third night of the Convention featured speeches from Vice President Mike Pence and Second Lady Karen Pence. The vice president lavished praise on the achievements of President Trump in the economy and commended his handling of the COVID-19 crisis, which has thus far cost the lives of more than 179,000 Americans. Pence also chastised former Vice President Joe Biden, Trump’s Democratic rival, for vowing to defund the police and touted Regan-era sentiments of ‘law and order’. “If you want a president who falls silent when our heritage is demeaned or insulted, then he’s not your man,” Pence added, courting conservative voters who oppose the demolishing of Confederate monuments.

Second Lady Karen Pence made an appeal to military voters by highlighting the Pences’ own military background and giving attention to the unique challenges faced by those who serve in the army and their families. “Military spouses may experience frequent moves, job changes, periods of being a single parent while their loved one is deployed—all while exhibiting pride, strength, and determination and being a part of something bigger than themselves.”

The evening featured an appearance by one of Trump’s most loyal allies in the White House, Kellyanne Conway, who will be stepping down from her role at the end of the month. Ignoring Trump’s lengthy record of sexist comments and alleged abuse of women, Conway praised the president for being a champion for women’s rights. “For decades, he has elevated women to senior positions in business and in government. He confides in and consults us, respects our opinions, and insists that we are on equal footing with the men,” she said.

Throughout the convention, Trump repeatedly blurred the line between his presidency and election campaign. This was evident in his recurring appearances made from the White House, the pardoning and naturalisation ceremonies that were incorporated into the convention’s program, and the virtual appearance of Secretary of State Mike Pompeo while on an official visit to Jerusalem. This may have violated a federal law designated to separate government and political functions. “The White House was used as a prominent backdrop and multiple official duties were conducted at a campaign event, which is possibly a violation of the Hatch Act, which prohibits government employees from participating in some political activities while on the job,” said a reporter for CBS This Morning. The reporter added that it is Trump who is endowed with the power to determine whether or not the Hatch Act was violated.

Fear, loathing and lying at the RNC

Trump’s acceptance speech on Thursday, which concluded the Convention, constituted an homage to himself and a bitter stoking of fear and division. Trump labelled his rival Joe Biden a “radical” and a “Trojan horse for socialism” who will “demolish” the American dream and unleash “violent anarchists” on American cities. “Your vote will decide whether we protect law-abiding Americans, or whether we give free rein to violent anarchists, agitators and criminals who threaten our citizens,” the president said during his South Lawn speech.

The speech included an offering of his condolences to those affected by Hurricane Laura and a praise of FEMA—an agency whose coffers he drained in order to increase funding for Immigration and Customs Enforcement. Trump made several false statements that were immediately debunked by fact-checkers. Those included claims about the booming economy under his presidency even during the pandemic, and distortions of facts regarding his handling of the COVID-19 crisis—stating that the US has developed a wide range of new treatments of the virus, which it hasn’t, and asserting that it has among the lowest death rates of all major countries while in reality, it has one of the highest mortality rates.

Finally, in complete dismissal of the visceral rage of millions across the US and the world over police brutality and systemic racism that, to this day, taint the fabrics of our societies with the tar of centuries-long hatred, Trump reaffirmed his allegiance to confederate ideals and white nationalism, stating that “In the left’s backward view, they do not see America as the most free, just, and exceptional nation on earth. Instead, they see a wicked nation that must be punished for its sins.” 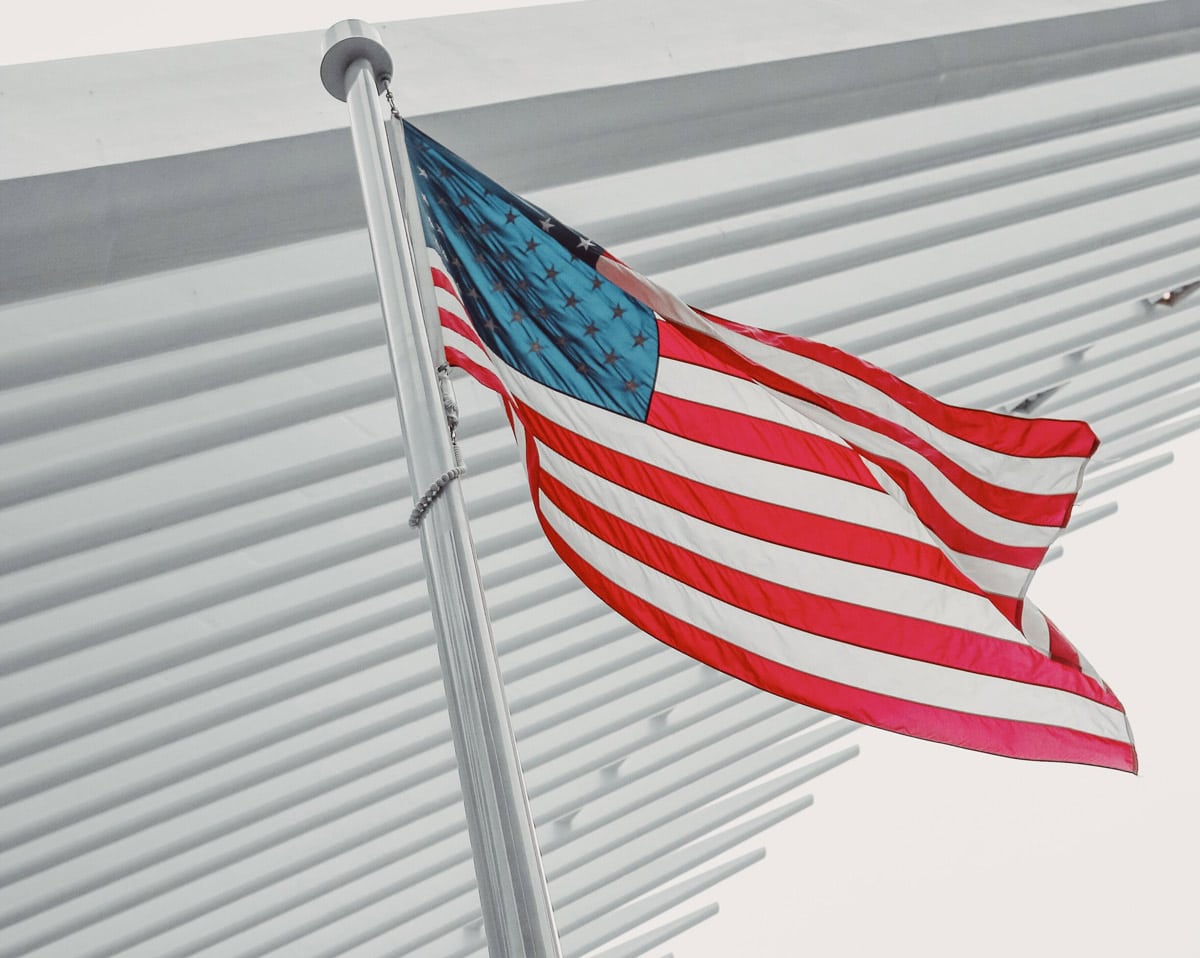 What went down at the 2020 Democratic National Convention?

Originally scheduled to take place at an arena in Milwaukee, Wisconsin, the DNC took place mostly online, with only former Vice President Joe Biden, now the Democratic nominee for president, and Senator Kamala Harris, Biden’s running mate, delivering speeches from a convention centre in Wilmington, Delaware. The few journalists in attendance were distanced from one another and asked to wear masks due to the threat of COVID-19.

The four-night convention featured speeches by some of the most prominent Democrats in the country, including the Obamas and the Clintons. Joe Biden’s acceptance speech was regarded by many as solid and compelling. It was evident that he endeavoured to inspire inclusiveness and unity rather than division, and appealed to the sensibilities of moderate voters.

He enumerated the grievances brought on the American people by the current occupant of the White House, assailed his botched response to the COVID-19 crisis, and vowed to fight for racial, environmental, and economic justice. Despite Biden’s record of gaffe-laced appearances over the past year, which made many question the state of his physical and mental condition, the former vice president delivered a smooth, stutter-free speech and appeared remarkably ‘together’.

Biden’s pick for VP, Senator Kamala Harris of California, made history by being the first African American and Indian American female nominated for the vice presidency. “Years from now, this moment will have passed. And our children and our grandchildren will look in our eyes and ask us: Where were you when the stakes were so high? They will ask us: What was it like? And we will tell them. We will tell them not just how we felt. We will tell them what we did,” the Senator said in her acceptance speech.

Unsurprisingly, Michelle Obama’s speech was credited with being the highlight of the convention. The former first lady took aim at the president in a frank and piercing manner: “Donald Trump is the wrong president for our country. He has had more than enough time to prove that he can do the job, but he is clearly in over his head. He cannot meet this moment. He simply cannot be who we need him to be for us. It is what it is.”

An effective yet vague appeal to the public

Many pundits have regarded the DNC a success and stated that it presented the Democratic establishment in a positive light. Some have pointed out the fact that the Biden ticket put forth a considerably progressive platform on some issues, including gun control, child care and, to a certain extent—climate change.

On other issues such as healthcare, the party struck an ambiguous tone that left uncertainty about the future. This is particularly worrisome seeing as the country is struggling to survive a global pandemic and many millions of Americans are being stripped from their health insurance.

Furthermore, the convention was headlined mostly by people representing an era and an agenda that do not necessarily resonate with younger voters. Many mainstream Democrats such as Biden and Harris and even the Obamas stand for values and worldviews that do not reflect those of the new generation. Congresswoman Alexandria Ocasio Cortez, the party’s most prominent representative of left-leaning young voters, was allotted a mere 90-second cameo.

It is fair to say that the convention had put forth a string of Hollywood-style platitudes and hopeful pledges of change, which certainly befits the American way, but gave little substance to chew on for those interested in a more concrete vision of what a Biden presidency would entail.