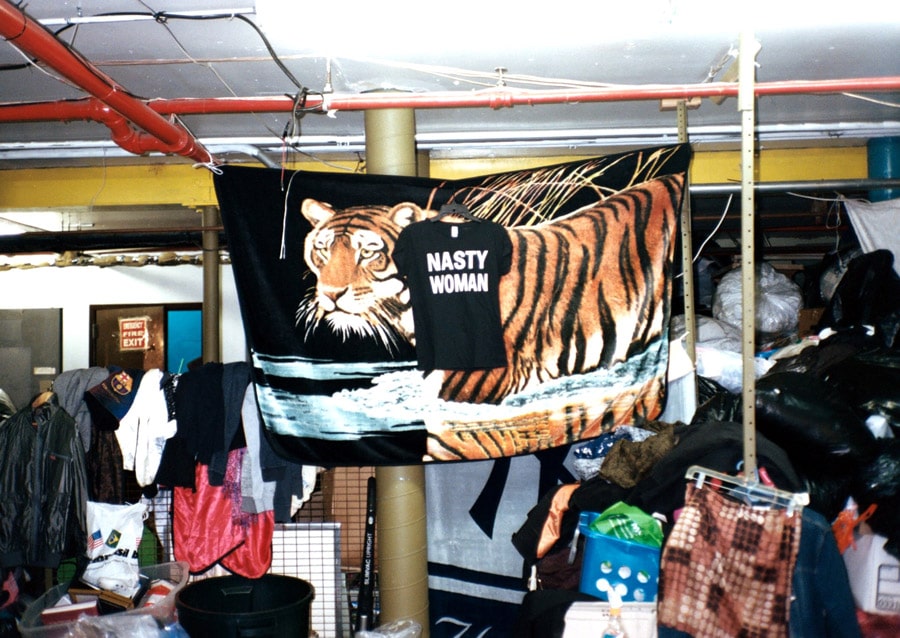 Theresa May is stepping down, what’s next for Britain?

Theresa May announced on Friday morning (24 May) that she will step down on 7 June, ending her tenure as Prime Minister in under three years. As she completed her prepared speech, her voice cracked, clearly, she was feeling emotional. Compare this to David Cameron’s resignation, he was cheerful, he had served for 6 years and won two general elections, he was running away from the chaos that would consume May’s governments. As he reentered 10 Downing Street after his resignation speech, you might recall, he hummed a tune, whereas Theresa May was in tears.

“Feel no pity for Theresa May. She has been the worst Prime Minister in modern times,” wrote Owen Jones in the Guardian, as a video of him explaining his indignation went viral on Twitter.

May’s premiership saw the disaster at Grenfell Tower, where she was criticised for her lack of empathy in the aftermath, and the Windrush scandal, attributed by many to the “hostile environment policy” she implemented as Home Secretary, although Amber Rudd was the one who took the fall.

Mrs May called a snap general election in order to secure a greater mandate for delivering Brexit. This was a thoroughly ill-conceived and downright disastrous decision: despite gaining 5.5 percent more of the electorate, the Tories lost 13 seats. In the past twenty-two years, the Conservative party has only had an outright majority in Parliament for two years—a majority that May lost, instead relying on support from the DUP to pass policy.

Perhaps she knew something else that we didn’t when she stepped down on Friday, a day after votes were cast across the U.K. in the EU elections but a full two days before any results would be announced. It was the worst election for the Conservatives in over 150 years, according to BBC political editor Laura Kuenssberg. “If this was a first-past-the-post election, they would not have taken a single seat,” she said. Overall, in terms of vote share in England and Wales, the Tories came fifth, trailing Labour by five percent and the Green Party—who have one MP—by three points.

In January, May suffered the biggest parliamentary defeat suffered by any Prime Minister in the modern era. Brexit was delayed twice: as many Brexiteers will tell you, we should have left the EU by now, but we’ll remain until at least October now.

All of this falls on Theresa May’s shoulders. But was it her fault? I’m in two minds about this. Brexit is, always has been and will remain a Gordian Knot—unsolvable, if done properly. Potential successors for Prime Minister—I’m thinking here of Mr Johnson in particular—seem intent on approaching the knot as Alexander the Great did: with a sword, regardless of damage or consequences. But it was Mrs May’s personal red lines that have backed her, and the rest of us, into a corner. It was May who promised us a ‘red, white and blue’ Brexit, that Brexit means Brexit, and very little else.

Will anyone else be able to do a better job? What has become clear is that this can only be solved if the Tories relinquish some of the control over the situation, yet they are incapable of doing so, and would rather prioritise the party over the country. May will likely be blamed in the future for much of this mess.

But, with her gone, Brexit will no doubt be similarly impassable. Will a Brexiteer manage to somehow magically solve everything? Will May’s secret plan to stop the U.K. leaving the EU be revealed? Or will a career politician send their country into chaos for the chance to, however briefly, run Her Majesty’s Government?

What’s next for May? A tell-all memoir, no doubt, and a walking holiday upon England’s mountains green. She has served her party and her country for 22 years, and can retreat from the public eye, if she so wishes, into safety, security, and historical analysis in the decades to come.

What’s next for Britain? Nobody knows, really. We will soon have a Prime Minister who nobody elected trying to rush through a policy that people are becoming less certain about. One thing is clear, the public deserves a vote. Either a general election or a referendum on the current Brexit situation: it’s our turn now. 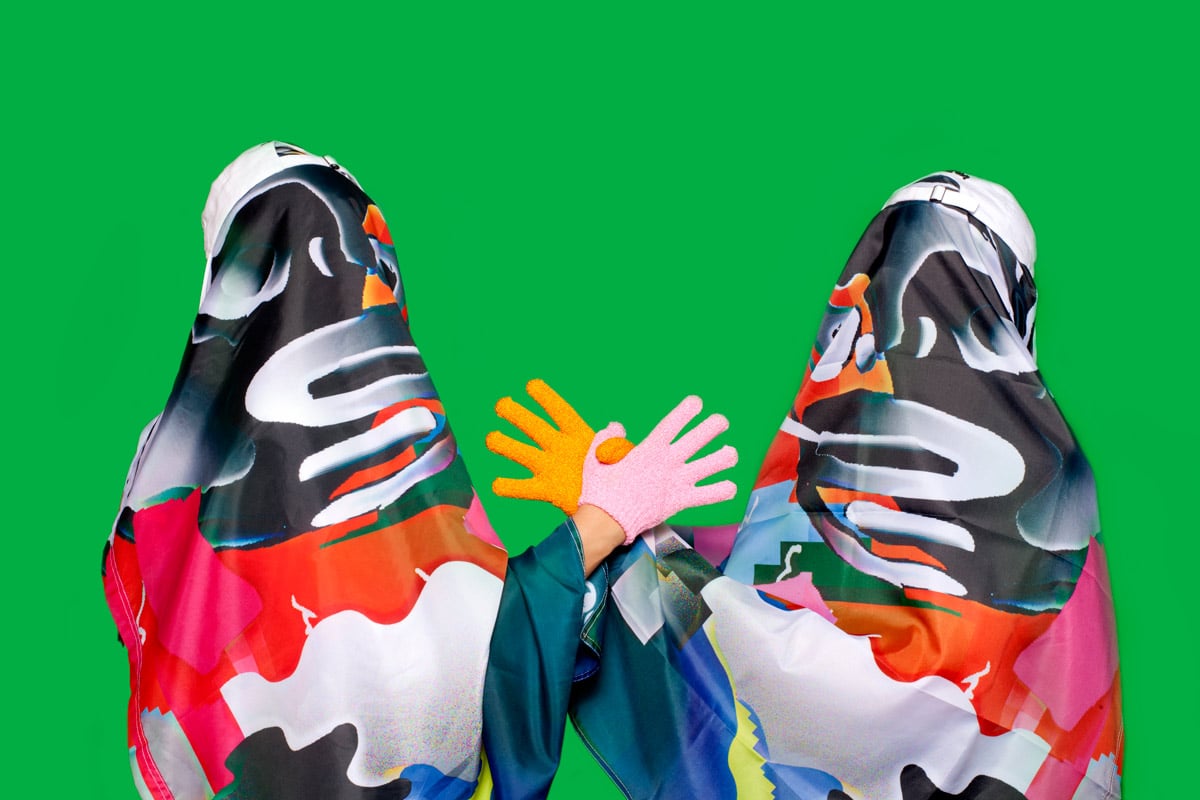 SWERF politics gaining power in U.K. is a cause for concern

Amid growing restrictions of women’s rights policies in Western democracies, moves made by ‘women’s rights’ organisations to shut down strip and lap dancing clubs around the U.K. are exposing the dangers of allowing exclusionary campaigns to influence local government policy. Sexual Entertainment Venues (SEV) licensing legislation differs throughout the U.K., but many local authorities are pressured by anti-stripping campaigns (under the general title of SWEFT, sex worker exclusionary radical feminism) to give way to the Nordic Model.

This model, some feminists argue, protects women from violence and poverty by criminalising those purchasing sex, rather than sex workers, and banning strip clubs allegedly increasing demand for this. Yet, in Ireland, the introduction of Nordic-style legislation with the Criminal Law (Sexual Offences) Act 2017 has since seen increased crime and abuse reported by users of sex worker safety app, UglyMugs.ie, and the recent criminalisation of two vulnerable migrant female sex workers in Kildare, who were sentenced to nine months in prison. Many are quick to report on such matters as the latest schism in modern feminist thought, with an unbridled scepticism reserved for strippers’ views and lived experiences.

Comparatively few, however, seem as concerned with the hypocritical ethos of influential anti-sex work campaigners, as their refusal to engage with or ever set foot inside their workplaces compounds a willingness to overlook the autonomy and safety of dancers. One such group, Not Buying It, was revealed to have paid for male private investigators to enter Sheffield’s Spearmint Rhino and film dancers working semi or fully nude without their knowledge earlier this year. Apparently left with “no choice” but to resort to “drastic measures” to get the club’s SEV license revoked, Not Buying It, with Women’s Equality Party (WEP) Sheffield branch leader, Charlotte Mead, presented this to Sheffield City Council as evidence that a Nordic style ‘nil-cap’ policy on SEVs be should enforced.

Although the WEP has since declared it was not part of the sting, it nevertheless teamed up with the campaign to present footage drawing parallels to revenge porn as a misogynistic method used to intimidate, harass, and manipulate women. The argument that such tactics have any place in a feminist struggle against patriarchal oppression is an undoubtedly alarming one. A feminist trade-union representing sex workers alongside migrant, low-paid, and vulnerable workers, United Voices of the World, attested to this in its statement aligning the ‘harmful’ actions to the WEP’s “misguided campaign to abolish strip clubs for the imagined benefit of the women involved”.

Teela Sanders, Professor of Criminology at the University of Leicester and researcher on stripping and sex work, asserts that “other feminists doing this to women […] is as damaging as the misogynist policies found in other labour environments that the women’s movement has been working so hard against”. In turn, Sanders locates the “harmful speech, influence and actions by so-called women’s organisations” as reflecting a wider trend: “We see across the globe the stripping back of rights for women, most recently in the abortion laws in the U.S. What we see in the U.K. is feminist organisations attacking other women for the work they choose, under a range of circumstances and real-life options, to make a living from”.

Those campaigning for strip and lap dancing club closures insist strippers are treated solely as ‘sex objects’, that the choice of women to work in SEVs is mere ‘myth’ or illusion, and that these women are either victims or in denial of their circumstance. This “cowardly” approach, declares Sanders, whereby “sex workers, marginalised, stigmatised and sometimes vulnerable, are denied platforms to rebut claims of victimhood which many do not recognise as their experience”.

In Scotland, where the government considers stripping and lap dancing forms of ‘commercial sexual exploitation’, calls for a Scottish Model that criminalises sex work clients could gain greater influence over local legislation. In response to Glasgow City Council’s current consultation on SEV licensing, GMB Scotland deemed the process an “opportunity” for female strippers and sex workers to be heard by “a political establishment that, so far, has tried to exclude them from the conversation”. GMB Scotland Organiser, Rhea Wolfson, stresses that “the council must realise what is at stake here: hundreds of jobs in Glasgow could potentially be lost. The real consequences of ending club licences would be that workers no longer have access to their trade union and the industry would continue unregulated and underground”.

The refusal to listen to, engage with, or empower the legitimate concerns of strippers and lap dancers exposes the inherent hypocrisy, harm, and hierarchical control of anti-sex work campaigners. As the United Voices of the World (UVW) Union emphasises that “dancers are best placed to advocate for their own rights and safety at work” and GMB Scotland supports “the regulation of clubs with workers’ safety at the core of any regulatory scheme”, better ways to protect strippers are clearly to listen, respect, and support their own, self-led campaigns for workplace equality.

Indeed, often lost in a surge of dogmatic, sensationalised stances on the morality of sex work are solid suggestions as to how regulation could safeguard strippers from the precarity of working as self-employed while sometimes being expected to pay steep house fees to perform at their club of choice. Banning clubs completely limits any opportunity for the decriminalisation of sex work to be guided by strippers and their unions, shaped by experience, and vested in the interest of protecting dancers’ employment rights, job security, and safety above all else.