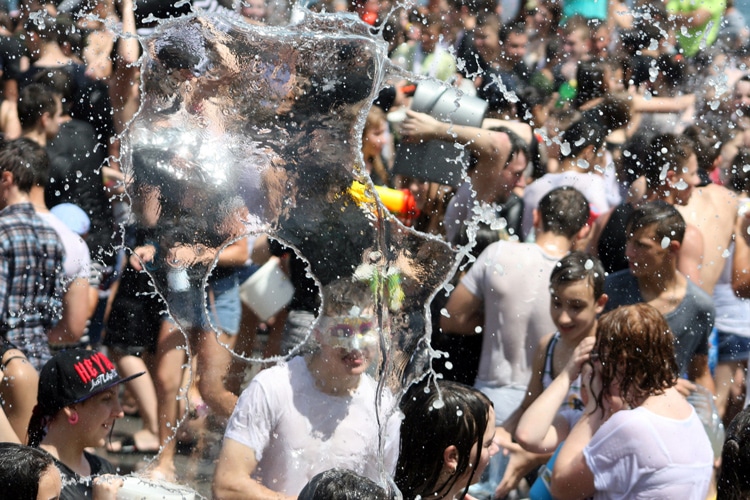 For me, WhatsApp group chats are associated with my mother having learned how to use emojis and to share YouTube videos of whichever health and wellbeing influencer she’s recently subscribed to. Or of my friends discussing dinner parties, bad dates and how rich Jeff Bezos is. Never had it occurred to me that this platform will be turned into one of the most powerful mediums for political PR.

The platform’s use for political marketing is a relatively new direction, which is reportedly taking grounds in the global south and particularly in rural communities where internet is only accessed through smartphones. A study by the non-profit organisation Technical Technology, which studies “the political and social role of technology in our lives”, showed that WhatsApp is now the primary medium for political marketing in countries in South Asia, Africa, and Latin America, with a stronghold in India and more recently, in Brazil.

Each WhatsApp group can be made up of a maximum of 256 individuals, allowing campaigners to freely and directly speak to a large group of people completely unregulated. No fact checking and no Facebook ‘trustworthy’ evaluation. Inside a WhatsApp group chat, campaigners and politicians can talk about whatever they wish and spur discussion on ideas, policies and promises that, inside this space, can take the form of uncensored hate speech. But more importantly, the immediacy of message delivery can create a feeling of urgency towards particular topics and a false sensation of community or even solidarity.

When I think about it it makes complete sense. Political PR is all about emotion; feeling like my views are shared with others and my ideology asserted. That same feeling of excitement when my friends are invited into a brand new WhatsApp group, sending each other messages, memes and voice recordings all at once and the urge to keep up with the conversation has been channeled into an extremely powerful political tool. If knocking on people’s doors is how signatures used to be collected in political campaigning then compiling lists of hundreds of personal phone numbers and targeting potential voters via text is the new medium for political persuasion.

The thing with using WhatsApp as a PR tool is that it is cheap. According to the study, “Databases are gathered by marketing experts and communication companies who bring their own database of consumers (from other marketing projects, not necessarily related to politics) and expand them from there.” There are of course workarounds the 256 people limits with automated systems used so that 1,000s of messages can be sent at once.

While social media platforms desperately (and somewhat unsuccessfully) trying to combat the spread of fake news and the use of the medium to generate misleading political engagement, campaigners and politicians operating in this arena have already moved far ahead with more direct, more powerful and more personal ways to directly communicate with potential voters. Considering the recent traumatic outcomes of social media tycoons (WhatsApp is owned by Facebook) claiming a role within the political arena, and considering the uncontrolled nature of these Whatsapp groups, it seems as though the phone-based method is set to bring a whole new dimension of propaganda to an already chaotic and over crammed political communication arena. 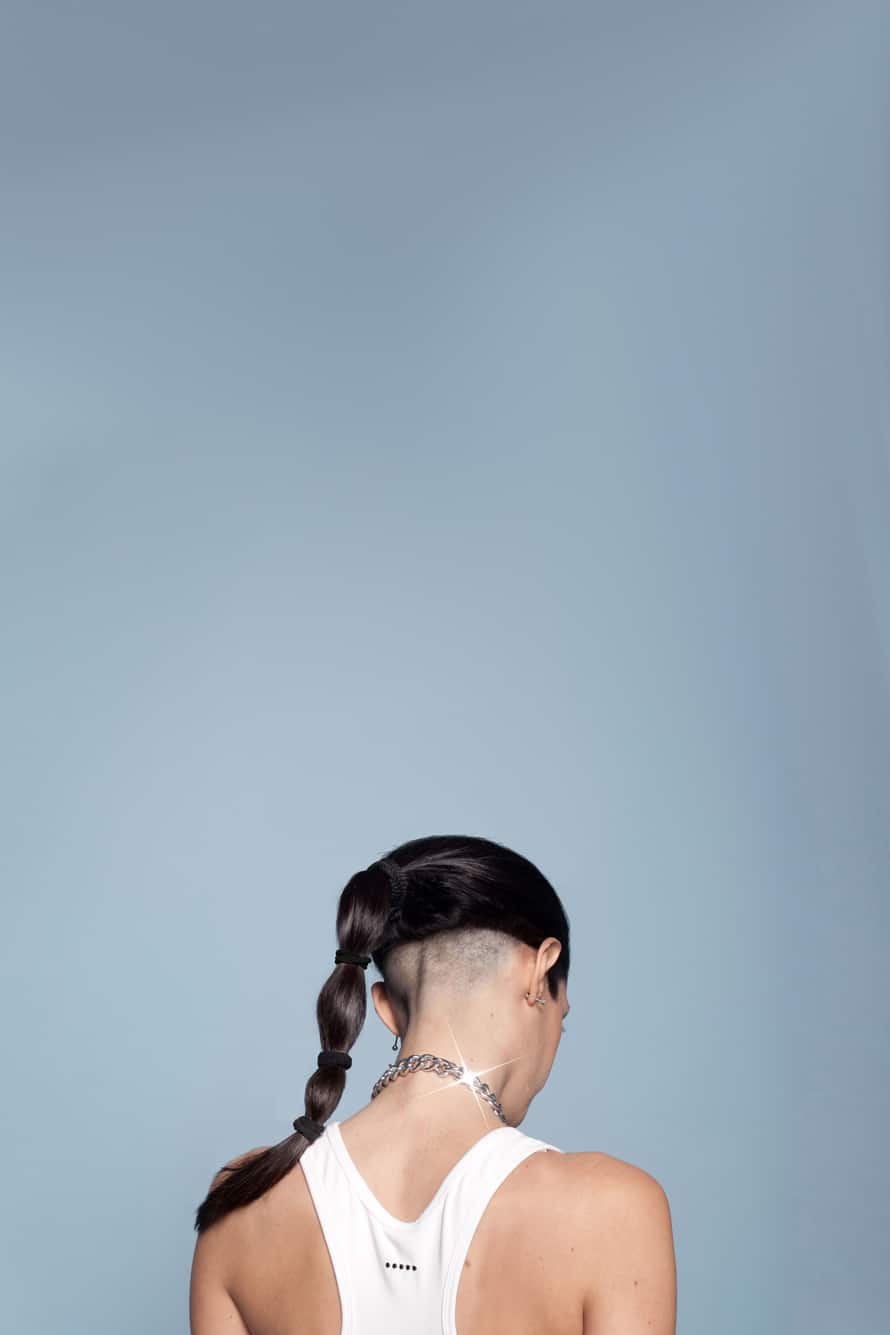 How screenshots are becoming the PR weapon of choice

How screenshots are becoming the PR weapon of choice

How do you remember an event you’ve seen advertised on social media? A recipe you happened upon while scrolling? Everything from minute details to viral memes? Screenshots have become a daily essential in our lives, helping people to make reminders for themselves in a world that doesn’t take notes anymore. Though the process has been around for decades, Apple’s rendition across its range of devices has cemented the screenshot as a fundamental tool, particularly since the rise of the iPhone. Even the Apple Watch comes equipped with the functionality.

Yet the humble screenshot has undergone an artistic rebirth as of late, with creatives repurposing the simple image-making method for their promotional material. The music industry in particular has started trading in its typically complex graphic design layouts for screenshots, using them as part—if not the centrepiece—of their promotion.

Experimental producer Four Tet has long been a champion of kitsch artwork and unconventional visual design; his social media channels are awash with masterfully amateur images. The DIY simplicity of these processes is what make his images—and as such, what he’s promoting—stand out in an industry that often tries too hard. Whether it’s an in-device screenshot or a wonky photograph of his screen, Four Tet is no stranger to the method, using it as a straightforward means to share new event bookings, setlists and even tracks he’s releasing. His recent high-profile show at club night The Warehouse Project was announced on social media with a shrunken screenshot of a WhatsApp conversation with fellow producer Ben UFO where the event details were disguised in an otherwise normal looking exchange. Naturally, social media users took to deciphering the message, desperately zooming in to pick apart the news.

Record label Ninja Tune, meanwhile, elevated the average screenshot to new levels for the announcement of producer Helena Hauff’s second album, Qualm, this summer. The promotion was centred around a supposed email from Hauff to the label containing the album link. “Here’s the album,” the message read. “Hope you like it, it’s raw!” The buzz was extraordinary. With half of the fans thinking they had stumbled across the email address of a renowned label executive, and the other half under the impression they were reading a private message written by an electronic music icon, people didn’t know where to look first. Buried within was a mysterious link apparently leading to Hauff’s album; the email felt like a leak.

Of course, the link was to a promotional webpage rather than the album itself, but the hype the entire stunt created was enough on its own. One Instagram commenter even hailed it as the best album promotion since producer Aphex Twin flew a blimp over London to promote his 2014 LP, Syco. The screenshot blew up over social media and was literally blown up for billboards as the main campaign artwork.

Screenshots can make an impact in a more natural way too, something Virgil Abloh does to great effect. When he’s not grabbing the fashion world by the horns as the creative director of Louis Vuitton and Off-White, Abloh moonlights as a DJ around the world—and social media has been there throughout his meteoric rise to fame in both disciplines. This as a man whose Instagram bio simply reads: “typing…” It therefore comes as no surprise that his social channels are constantly populated with new content, documenting every waking moment of a creative megastar’s day. Whether he’s flaunting behind the scenes shots of his collections or publicising details of his next DJ booking, Abloh drip feeds snippets of his life to his legions of followers through photographs and screenshots alike, who immediately clamber to work out what it all means.

How come such rudimentary means of image-making are capable of creating so much buzz? In the digital age, screenshots have become a familiar sight for most people. It’s how we store, consume and communicate new information with minimum time and explanation involved. And yet the use of screenshots in crucial PR material and celebrity social media feeds isn’t on the rise simply for the sake of efficiency. Screenshots speak our digital language while inviting us in to uncover more. There is something inherently personal about screenshots, and whether authentic or fabricated, they make people stop and delve deeper into what they’re presented with.

The cryptic nature of it all plays to an increasingly inquisitive (or rather, nosey) public, who want to know everything and more about the people they care about. Discovering hidden clues about our favourite artists is precisely what boosts the appeal: it makes people believe that there’s something worth discovering.

Ultimately, though, screenshots induce a sense of connection with our idols. Even the slightest glimpse of what they see on their screens essentially gives a glimpse into their lives. How they speak, what they do, how they arrange their days and how they arrange their apps—the contents of a simple screenshot add up to an image of the person we admire. After all, aren’t our phones just an extension of ourselves?