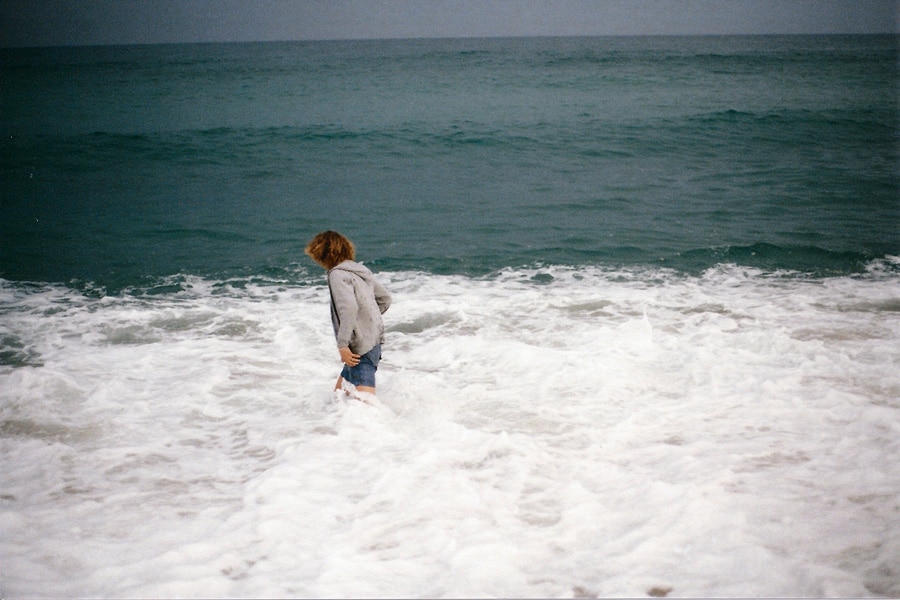 The reporting of Noa Pothoven’s euthanisation was fake news, so what really happened?

Last week, a polemical news story hit the headlines of numerous international newspapers, only to be later proved incorrect. Newspapers circulated the tragic report of the death of seventeen-year-old Dutch Noa Pothoven, who according to many imprecise articles decided to get euthanised after suffering from a severe mental illness that was affecting her since she was molested as a child and raped as a teenager.

The truth behind this story is that Pothoven, after years of suffering from depression and anorexia following the abuses, and attempting suicide several times, died in her house because she stopped eating and drinking. The fake rumours were therefore cleared and the articles corrected. It turned out this was never a case of euthanasia or assisted suicide, but indeed a case of cohesive non-intervention from Pothoven’s carers and family. Noa Pothoven’s parents and the doctors did not interfere with her choice to let herself die, and did not force treatments on her in order to save her—procedures they had already attempted in the past.

Despite the quick amendments made by the newspapers who circulated the incorrect news, the sensitive nature of both the real and the inaccurate stories sparked a wave of public outrage; awakening the delicate argument that still surrounds euthanasia and mental health. The moral, as well as legal, acceptance of both euthanasia and assisted suicide is still up for debate in most European countries, and it gets even more challenging when it doesn’t involve a terminal physical illness but a psychiatric disorder instead.

To give a bit of context, active euthanasia, which involves doctors ending a person’s life, has been legal in the Netherlands since 2002 (with Belgium being the only other country in Europe where it is legal), while assisted suicide is also legal in Germany and Switzerland. Both procedures follow very strict guidelines, among which is the requirement that the patient’s suffering is intolerable and without the possibility of recovery, with an age limit of twelve to sixteen-years-old. A 2017 report shows that from the six thousand people who died from euthanasia that year in the Netherlands, only 1 percent had a psychiatric disorder, and only one person was underaged.

Last December, Noa Pothoven told De Gelderlander, a Dutch newspaper, that she did contact an ‘end-of-life’ clinic in 2017 without her parents knowing, but that her request was declined because at the time she was underaged and required her parents’ consent. “They think I should finish my trauma treatment and that my brain must first be fully grown. That lasts until your 21st birthday. It’s broken me, because I can’t wait that long”, she told the newspaper. This event might have contributed to the build-up of the circulation of the fake news, which, according to numerous sources, was initially circulated by the newswire Central European News and later sensationalised by both British and other European newspapers.

In Denmark, the whole story did not make headlines, while in England the Daily Mail, alongside other news platforms triggered a fake news domino effect which reached its peak of controversy in countries like Italy. Politicians rushed into quick opinionated commentaries on the morality behind euthanasia, and even the Pope intervened by tweeting that euthanasia and assisted suicide are everyone’s defeat.

The news that shocked the world in the last few days is without a doubt a complex, painful, and sensitive story on many different levels. It is about abuse, trauma, mental health treatments, incredible pain, and eventually a young person choosing not to live anymore. So if on the one hand it uncovered the ease with which incorrect news could spread in international newspapers, the greed for click bait news, and the inaccuracy of certain sources, on the other hand it brought to the surface an unsolved issue in today’s society, one that involves the fragile matter of euthanasia and mental health disorders—and the way they are understood and treated.

In many European countries, we still lack the tools to understand not only euthanasia and assisted suicide, but the complexity and depth of mental illnesses, and this half fake story just proved how unprepared we are as a society to grapple with these topics. In a moment when the freedom of choice over one’s body (thus their life) is still threatened on a daily basis in many parts of the world, Pothoven’s case brings up another dividing issue that we haven’t fully faced: one that goes beyond having the freedom of choosing how to live, but that involves the freedom of how—and under what circumstances—we die. Despite the inaccuracy of the initial account, this tragic story touched upon a concept that is one of society’s ultimate taboo, which is people’s control over their own death and suffering and the role that the government and the civil institutions have in it. 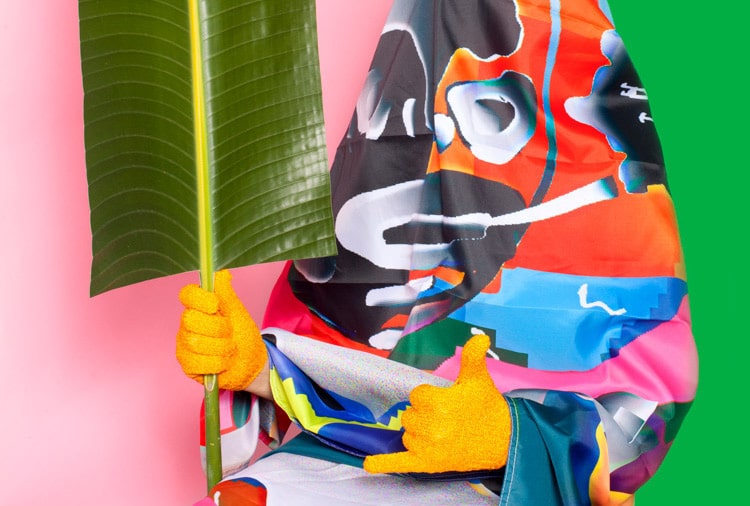 How a trending hashtag brought awareness and exploited the Sudan crisis

You may have seen the hashtag #BlueforSudan trending on Instagram and Twitter, or perhaps you’ve seen people changing their profile photos to the colour blue. Sudan was in a blackout, while the world watched.

Earlier this month, Sudan’s military leaders have reached an agreement with the opposition alliance to share power until elections can be held. Until then, however, the country has faced deadly political unrest and since the military ousted President Omar al-Bashir in April, Sudan has been in turmoil. On 3 June 2019, what started as a peaceful protest resulted in the Khartoum Massacre (over 100 people killed and 70 raped). The internet in the country was almost completely cut off and censored, not only making it difficult to estimate the exact number of people killed and injured, but also making it almost impossible for the people of Sudan to share the hardships they were facing. Internet access has only been partially restored this week.

When an entire country has no means of communication to the rest of the world, and when every piece of information is censored, this inevitably leads to a delay in precise reportage from global news and media outlets. In this particular case, when the world failed to immediately report on a major crisis, social media used its power to take this story and make it go viral. If you’ve wondered why everyone’s Instagram, Facebook, and Twitter accounts suddenly turned blue, this was to pay tribute to all those who died in the disputes—including 26-year-old Mohammad Mattar, who was killed in the Khartoum Massacre. At the time of his death, Mattar’s profile picture was blue, what soon became a symbol of solidarity with Sudan.

Suddenly, the hashtags #BlueforSudan, #Sudan and #TurnTheWorldBlue all went viral, urging Western media and people to pay attention to the conflict happening. Sudanese New York-based beauty and lifestyle influencer Shahd Khidir played an active part in raising acknowledgement for this by using her platform. She has posted a powerful photo of herself crying, asking everyone to raise awareness and share on the atrocities happening—having to break from her regular scheduled brand posts. Speaking to Screen Shot about how brands have reacted to this, Shahd says that while some were understanding, others pulled out of campaigns not wanting to work with her again—”But I am not upset it was important for me to raise awareness about the Sudan revolution and in essence I don’t really need to do business with brands that don’t support me”. Shahd has taken on the role of a reporter to speak out on these issues when the civilians in Sudan had no way of doing so. Through her persistence and determination, she spoke for those who couldn’t have a voice.

“I definitely feel that social media has been effective in the Sudanese revolution”, says Daad. Daad, a make-up artist and beauty influencer from New York is also one of the Instagram personas whose activism was prominent in bringing recognition and believes that social awareness impacts and educates the public. It’s also important to note that social media bringing awareness also leads to the donations of funds and resources.

But whose responsibility is it really to share and raise awareness? Most importantly, as social media users, we are often judged for being too political or not enough. In that light, do we owe it to always use our voice, no matter how big or small? Selective empathy comes to mind. The immediate reaction to the Notre Dame fire was, rightfully, heavily criticised and compared to the Sudanese crisis. Yet, the most difficult aspect of this all is the fact that politicians all over the world shared messages of solidarity for a building but failed to do so for citizens of a suffering country. And, if we must choose somebody to blame for the lack of awareness, who better than those paid to stay on top of current affairs but who decide that these issues are not significant enough to report on?

As this is the internet after all, when a story begins to circulate on a scale as large as #blueforSudan, trolling, fake news and exploitation is inevitable. By now, you must have seen clickbait posts on your social media, promising that for every follow, like or repost, a meal would be provided for the “starving Sudanese children”. The now-deleted Instagram account @sudanmealproject managed to gain over 1.7 million likes on such a post. While we question how 1.7 million users fell for this idea, we also need to question the logistics of this and how a like can provide physical resources needed to help. Newsflash—it cannot.

How do Instagram accounts such as @sudanmealproject benefit from this? @exposinginstascams is an Instagram account that sheds light on fake news and accounts circulating on the platform. It has successfully exposed accounts attempting to exploit the Sudan crisis. Screen Shot spoke to the 14-year-old account owner—preferring to remain anonymous— who managed to get @sudanmealproject to confess that their intentions are certainly not in Sudan’s best interest, but for self-profit. “Lots of people changed their profile picture to blue to raise awareness, but they didn’t understand they weren’t really helping”, said the @exposinginstascams account-owner, adding that others were just trying “to gain followers and likes”. With substantial engagement, these accounts can gain from advertising and selling on their account. And unfortunately, it doesn’t end here. Just type in ‘Sudan’ and ‘meals’ into your search engines on Instagram and look at how many accounts come up.

Social media has helped bring awareness to the conflict in Sudan. It also presented us with fake news and fake charities trying to benefit from this, which took away credibility from the real issue. “I think that some people are always going to be opportunists and there’s not much we can do but remain concentrated on the bigger picture”, says Daad. And since it is impossible to put an end to the exploitation of people in crisis, we must remain focused on the mission of helping wherever we can.

Sometimes it takes a little more than updating our profile photos or Facebook statuses, but we can use our platforms for the greater good when needed, the same way millions of Instagram users have managed to help bring awareness to Sudan.