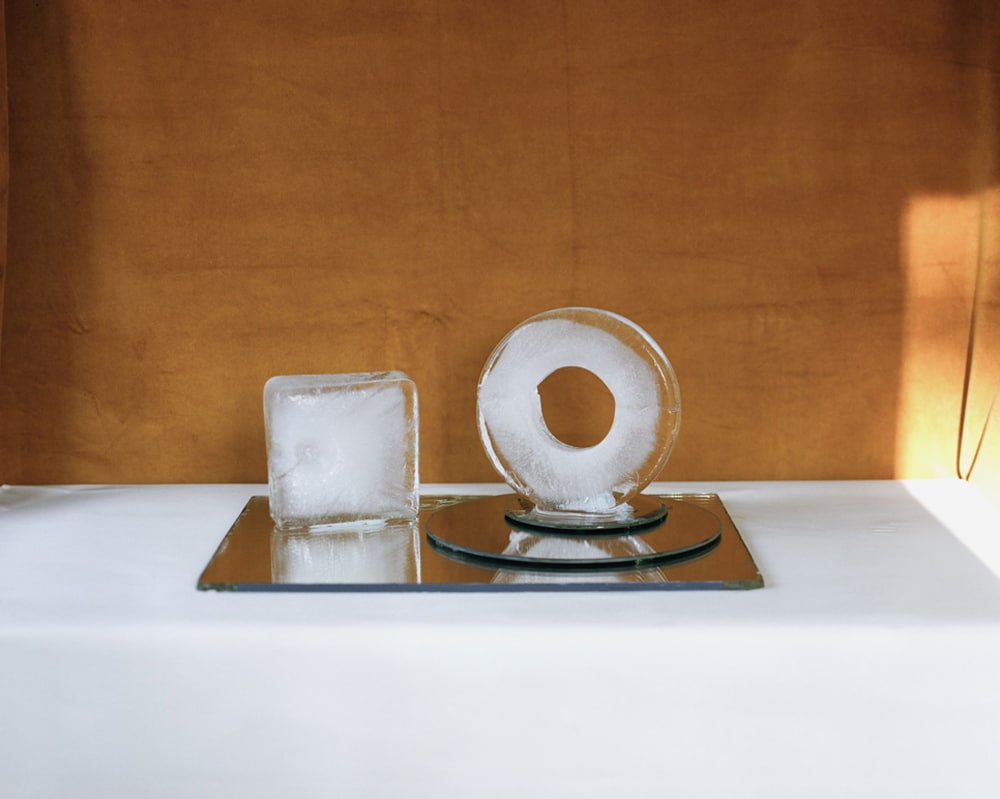 In today’s media landscape, people are bound to be trapped in virtually inescapable echo chambers. As social media is now our primary source of news and information, we find ourselves at the mercy of algorithms that are designed to feed us with content we’d find ‘agreeable’. This problem transcends social media, though, as each news source now has its own political agenda and coverage, be it Fox News or CNN.

Even those of us who are painfully aware of this issue are struggling to do something to resolve it. Fact-checking every single news item on our own is a laborious task that would pretty much count as a full-time job, and finding information sources that are both credible and challenging is hard seeing as our virtual surroundings become increasingly homogeneous. That’s where Ground News comes in.

Ground News, the world’s first news comparison platform, helps readers compare how the same news item was covered in various sources across the political spectrum and around the globe, and encourages them to reach our own conclusions. Ground News currently features over 50,000 news sources, all of which were vetted for credibility.

Take the issue of the ongoing Democratic primaries, for instance, or even Megxit—Ground News will map out the various sources that covered these stories and categorise them based on the publication’s political bias, which are labelled as ‘lean left’, ‘left’, ‘centre’, ‘lean right’ and ‘right’. Through such coverage analysis, a reader could easily get a balanced and diverse picture of each event and get access to points of view they would have not been exposed to otherwise. Readers can consult sources as left-leaning as Mother Jones and right-leaning as Breitbart, and get a glimpse into rare coverage from places like Iran and North Korea (all of which had been vetted using tech).

Harleen Kaur, Ground News’ CEO and co-founder, comes from an engineering background. She used to work for NASA, and later on at a satellite startup where her team used earth-observation satellite technology to help, among other things, insurance companies identify fraud and municipalities spot leaking pipes.

Following the 2016 elections, when fraudulent reports flooded the internet and hindered the democratic process, Kaur felt compelled to help rectifying our media ecosystem. “I [couldn’t] believe, as an engineer, that there’s so much tech around us and yet we don’t know what to believe anymore,” Kaur told Screen Shot. “I wanted to present a solution where somebody who was not trained as a journalist, somebody who doesn’t spend their day understanding what really happens in the news, will have a simple tool to be able to do that, and read news from various sources.”

Once a week, Ground News publishes a Blindspot Report, which lists the news that were excluded from certain news sources. A left-leaning American, for instance, could have easily missed the news about Mike Bloomberg considering Hillary Clinton as his potential Vice President, whereas readers leaning right were most likely oblivious to the fact that the Chinese authorities were aware of the coronavirus threat before reports about it became public. “Whenever there are climate catastrophes, the right-wing media is mostly quiet on it, or if something adverse happens with the immigration situation—the right-wing media is quiet on it,” Kaur said, “The left does the same as well on certain topics. And we want to show the consumers that it doesn’t mean that if their news source isn’t reporting something, then it’s necessarily not true.”

Other advantages unique to Ground News are the time and location features, which allow readers to see how the coverage of a certain topic changes over time and depending on the geographic location of the publication. Reading about the downing of the Ukrainian passenger aircraft by the Iranian authorities, for instance, readers were presented with a timeline of the events as they unfolded, and how they were covered differently by Canadian and Iranian news.

Currently, the majority of Ground News’ readers are located in the US, and Kaur says that their intention is to focus primarily on the American market for now, considering it is a tumultuous election year. That said, the news comparison platform is seeing a steadily growing readership in the UK—a country which Kaur believes “is another place where biases are a bit more obvious in terms of media landscape,” as well as several other countries across the world.

There is no quick fix to our contaminated media environment, and it is up to each of us to broaden our lenses and diversify our intake of information and views. A platform like Ground News can certainly support us on this quest. Are you ready to burst your bubble? 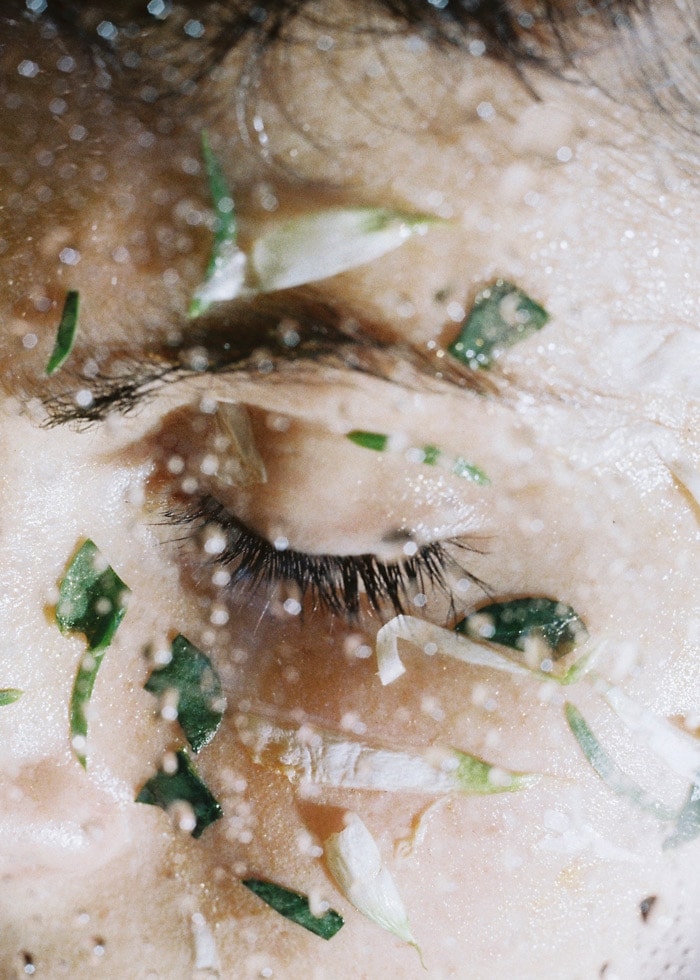 Why the Green party’s whistleblowing manifesto was so important, and what we should learn from it

Why the Green party’s whistleblowing manifesto was so important, and what we should learn from it

In March 1984, Foreign Office clerk Sarah Tisdall was sentenced to six months in prison for breaching national security laws after revealing to the press that American cruise missiles would be based in the UK.

Clive Ponting was a senior Ministry of Defence civil servant who in 1985, was prosecuted, too, under secrecy laws after disclosing that the government was misleading Parliament over the sinking of an Argentine ship during the Falklands War.

Acquitted by jurors, Ponting’s case changed the game for UK whistleblowers. The Official Secrets Act 1989 (OSA) was introduced, amending existing 1911 legislation to remove the public interest defence which allowed whistleblowers to defend themselves with the public’s right to know.

Today, there have been a number of high-profile OSA breaches, though prosecution is at the discretion of the Attorney General. Notably, Government Communications Headquarters (GCHQ) translator Katharine Gun, who revealed the US asked GCHQ to bug phones of diplomats from suggestible UN countries in the run-up to a vote on the Iraq war.

Speaking to Screen Shot, the Green party recognised a need to “sometimes breach undertakings” to expose wrongdoing. A spokesperson said, “Over the years, whistleblowers have saved money, reputations—and lives. The power of truth, spoken for the public good, can never be underestimated.”

That’s why, in its manifesto ahead of the December 12 elections, the Green party had pledged to introduce a public interest defence for OSA breaches.

For current and former employees within security and intelligence services, any unauthorised disclosure is a criminal offence under OSA—no matter the circumstance. As a result, employees are faced with a dilemma: break the law or watch the law be broken.

“Re-instituting it would obviously be a positive move,” said Naomi Colvin, UK Program Director at Blueprint for Free Speech. “The number of adverse Investigatory Powers Tribunal rulings against GCHQ in the wake of Snowden’s revelations suggest external disclosure by whistleblowers to media or politicians is still absolutely vital for holding agencies to account. I suspect this is well understood by the public at large.”

NSA whistleblower Thomas Drake, the first since Daniel Ellsberg of Pentagon Papers to be charged under America’s Espionage Act, believes the use of the “draconian” OSA “reveals tension between openness and transparency versus secrecy and a closed-door government, too often hiding from accountability under the veil of national security.”

Speaking to Screen Shot, Drake highlighted the lack of coherence between what citizens should know and what the government wants them to know, referring to UK whistleblowing laws as “a mixed bag and a conflicted patchwork with huge carve-outs for national security,” that “don’t adequately protect a whistleblower from reprisal, retaliation or retribution.”

He added, “If it is left up to the government to determine what are state secrets, the government is perversely incentivised to declare any disclosures it does not like as state secrets. In the absence of meaningful oversight over secrecy, how do the public trust Government to operate and function in the public interest? Once the pillars of democracy are eroded away, it is quite difficult to restore them.”

The ongoing Ukraine whistleblowing case in the US has been agenda-setting for the Green party, which, a spokesperson told Screen Shot, “highlights the duty of individuals to blow the whistle in the public interest, and the duty of the state to protect them.”

As it stands, any person willing to blow the whistle from within the security and intelligence services does so at great risk—professional suicide, an unlimited fine, a prison sentence of up to two years and 14 for crimes relating to spying and sabotage.

While the Greens are alone in making it the defence a manifesto promised, during the general election a spokesperson for the Liberal Democrats also told Screen Shot, “Those calling out misconduct are vital to tackling misbehaviour across all organisations in our society. These people are doing their jobs. It is paramount those who call time on bad and sometimes illegal behaviour should be given strong legal protection. We must redress the balance of power between employee and employer on this issue.”

However, as minority parties, it was unlikely that the Greens or Lib Dems would be elected with a majority. But the Green’s manifesto should start a wider conversation. Dr Ceri Hughes, a visiting lecturer in communications at Brunel and Middlesex universities, said, “This is an excellent example of thinking from minor parties which can serve to widen or initiate a debate on an issue. Labour and the Conservatives would not have a vested interest in pushing for this sort of scrutiny. Such legislation may negatively impact them in the future.”

Even without the Greens, refreshed laws are to be expected. Brexit will change things, but will national security whistleblowing be one of them? Who knows, only the Conservatives can answer this question. The ball is in your court, BoJo.