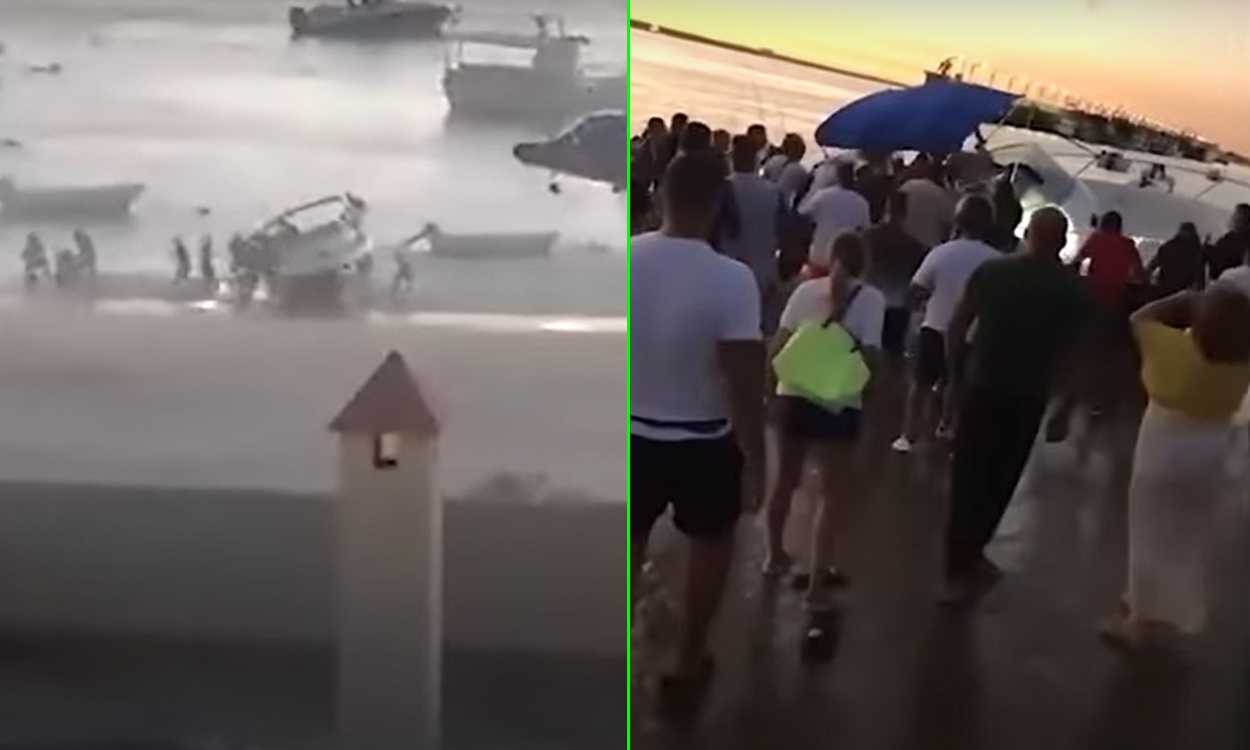 On Friday 29 July 2022, Spanish customs officers intercepted a drug trafficking boat after it crashed on the coast of southern Spain. While they raided the beach and proceeded with the investigation, they were suddenly forced to fend off locals trying to get their hands on the precious cannabis cargo.

In several pieces of footage from the incident which has since gone viral, police were first seen securing the beach when they were swamped by dozens of looters looking to steal the stash. While some officers tried to snatch the cargo back from their hands, others were seen chasing after the locals and trying to detain them.

Heck, the officials were even forced to fly a customs helicopter close to the ground in a final attempt to fend off the swarm of people stealing from the drug bust. Even then, some still took a chance and sprinted under the helicopter to fill their bags with the loot.

The bizarre raid was reportedly filmed from a nearby rooftop in Sanlucar de Barrameda, Cadiz province—while other videos were recorded by beachgoers.

According to reports, as noted by the Daily Mail, the Spanish Customs Office requested the help of the Civil Guard and the National Police to contain the scene when its force was overwhelmed by the looters who “pounced” on the leftover drugs.

The Customs Surveillance team later took to Twitter to thank their workers. “Congratulations to our colleagues, who after an anti-drug operation in Sanlucar and their decisive action, managed to intercept a cache of hashish after the boat carrying the drug ran aground on the beach,” the tweet read.

UNILAD went on to note how cannabis is covered by a “cloudy patch of Spanish law” at the moment. According to the publication, the drug in question is currently decriminalised for personal use in a private place, given that the user only has 100g or less.

“This means that cannabis clubs, where those looking to get a little high can bring their own (short) supply, are popular in Spain’s capital cities,” UNILAD mentioned. “However, trafficking the drug remains a serious criminal offence, for which you could face [a fine of] up to €30,000 (£25,550).”

Those charged with trafficking could also face between three and six years in prison.