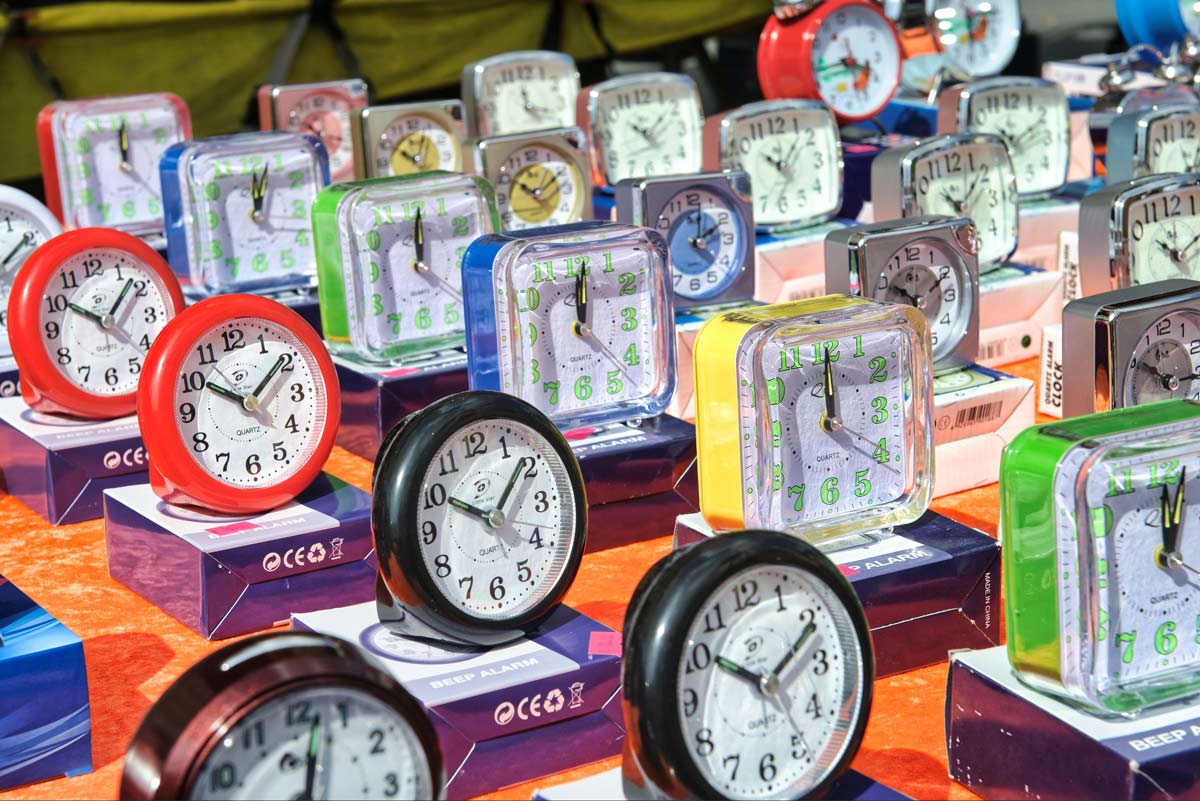 Stopping daylight saving time could unbalance and shift the whole world, here’s why

The changing of clocks when daylight saving time begins in March takes place in 70 countries around the world each year and usually goes under the radar for most people. But for the ones who wear watches, it’s a tedious affair of twisting an hour to the second of a new schedule. What will happen to time as we know it if the clocks don’t change in 2021?

The history of daylight saving time (DST) hasn’t exactly been the most linear, ironically. Benjamin Franklin, the American inventor, scientist and statesman was first to quiz upon the theory as early as 1784, but in 1895, an entomologist (someone who studies insects) from New Zealand, George Hudson, came up with what we know as modern DST. He proposed a two hour time shift so that he’d have more after work hours of sunshine to go bug hunting in the summer.

In the UK, daylight saving has been a fundamental and inescapable part of our yearly routines for a very, very long time. The idea resurfaced in 1907, when the builder William Willett independently thought of and promoted the idea, which led it to become implemented into British society by Winston Churchill and Sir Arthur Conan Doyle officially in 1916, two years into World War I.

Germany was the first country in the world to change its clocks forward on a national level to fit DST on 30 April, 1916, as the German government wanted to start saving energy during the war. However, regarding the rest of the world, the city of Thunder Bay in Ontario, Canada had already implemented the rule in 1908. But that odd one out being stated, after Germany, England and almost every other country that fought in World War I followed suit. Shortly after that, the US enacted its first daylight saving law, and hit the country with a double whammy, because in addition to that, the Standard Time Act defined the US times zones as well.

Time in itself as a concept is already a bit of a mind fuck, so without shattering your common sense, let’s get into daylight saving—what it means, why it exists, and most importantly, what might happen if it were to be stopped. Can it actually be stopped?

What is daylight saving and why does it exist?

DST is the practice of setting our clocks forward one hour from standard time during the summer months, and back again in the autumn, for the purpose of which is quite simple really: to make better use of natural daylight, and save energy—when DST started, saving energy was very necessary, and coal power was energy, so by the way of changing time to make use of daylight, coal (energy) was saved.

Fast forward to today and considering how we live and where our energy resources come from, the necessity of DST becomes a little blurry, because it now depends slightly more on where you live. For example, if you live in the northern hemisphere where your seasons and daylight hours differ drastically compared to someone who lives near the equator (as the Earth is tilted on its axis in relation to the sun), you may be more inclined to keep hold of DST. So really, it’s a matter of geography, but what about time flow? I’ll get into that later.

For now, keep in mind that soon enough, we will lose one hour of lockdown with the clocks changing this March. And just for your convenient information, if you didn’t know: the saying ‘Spring forward, fall back’ is commonly used to remember whether you lose an hour or gain one.

It’s later, let’s talk about time flow now. How will the time function if some countries abolish the use of DST, and others don’t? The answer is yet another simple one, time will always function. You can turn clocks back and forward as much as you like, but time moving forward will remain a constant no matter where you are in comparison to wherever else on Earth. Effectively, this means that nobody wins and nobody loses. You literally lose no time over all by losing an hour of your day. So why then, are people concerned about DST being discontinued in some, but not other places around the globe?

Europe was set on stopping DST in 2021, but things got complicated

In March of 2019, the European Parliament voted to dispense entirely with biannual clock changes, but it hasn’t come to a final rule change just yet, and it may never do so. This month, on 28 March 2021, the clocks will be changing forward by one hour, that’s two weeks after the US. Time zones within the EU are, geographically speaking, a bit of a mess, based on longitude, but individual EU member states may soon be able to choose to be on permanent winter time or permanent summer time.

Interestingly, Spain has been in the ‘wrong’ time zone since 1940—it shifted to Germany’s time zone during the Second World War. France was originally on the same time as the UK, but was also shifted to German time. Considering their placement geographically, France, Spain, Belgium, Luxembourg and the Netherlands should be on Coordinated Universal Time (UTC) based on their longitude, but if changed, it could cause economic as well as social fallout. For example, Iceland, which is tucked away at the very western edge of Europe sits on UTC all year round, and this in turn allows it socially to be closer to its distant European neighbours.

The matter comes down to the fact that time in its essence is still the tool it has always been, and although seasons will not be jolted to fit a longitude just yet, one day humans may be slightly healthier and happier when that day does come—because those that it makes sense for will get to sleep and wake when it makes sense to do so naturally in regards to the sun. But on the other hand, it may make us ever so slightly distant from each other socially.

So, what would you pick if you had the chance to make the decision? Would you rather feel more connected to the rest of the world by being able to (most of the time) reach out to anyone living in another country? Or would you actually scrap that just to be able to hear your alarm ring when the sun is up? I don’t know about you, but I’d go for sunshine over friends. Maybe that’s just because I live in London though. 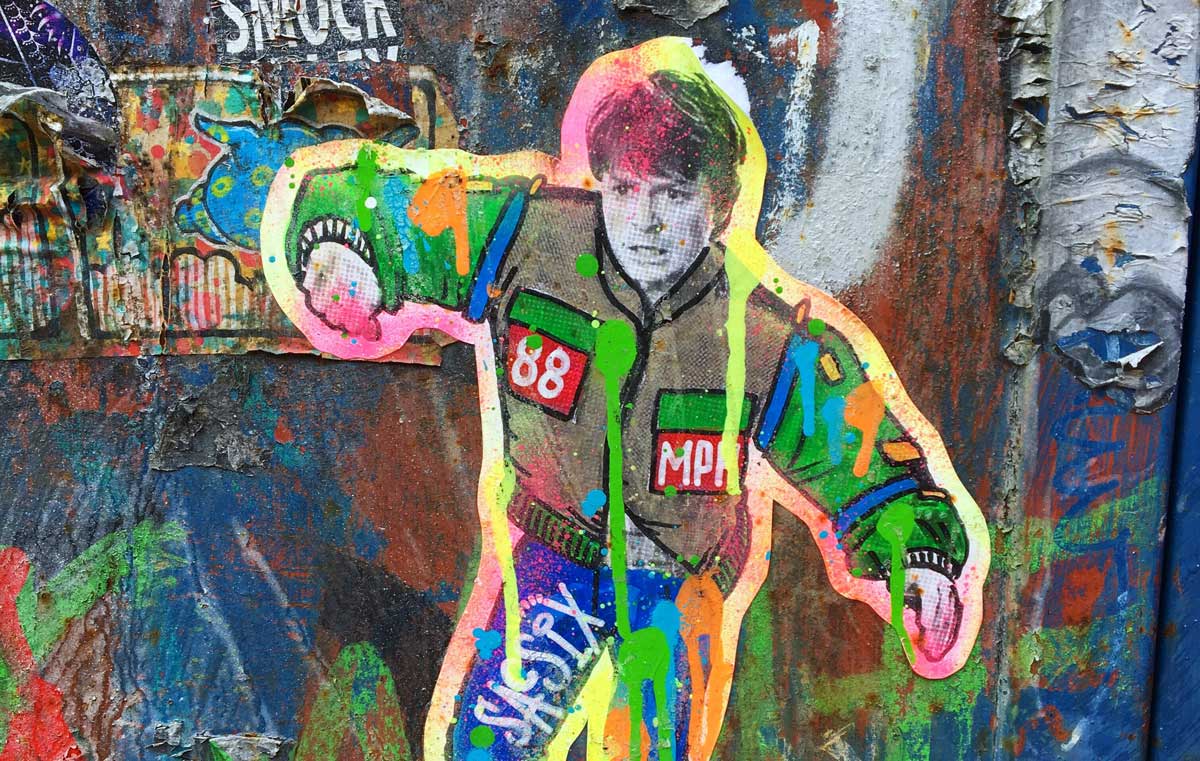 Scientists invented a real-life flux capacitor, but not for time travel

Not long ago, I rewatched Back to the Future and while the end credits were scrolling down my TV screen, I couldn’t help but wish that the flux capacitor was a real thing. Being able to travel through time, imagine that! Well, as it turns out, in 2018, scientists from Australia and Switzerland created a real-life flux capacitor. The only problem is that this one doesn’t let you travel back to the 1950s.

The device is actually a new type of electronic circulator that can control the directional movement of microwave signals. The scientists behind this project proposed two different potential circuits, and one of them borrows the same design of the three-pointed flux capacitor Doc Brown and Marty McFly used to travel both to 1955 and 2015. Dreamy, right?

The research, which was published in Physical Review Letters, uses the “quantum tunnelling of magnetic flux around a capacitor, breaking time-reversal symmetry.” Capacitors are common devices in the world of electronics that store energy. The ‘flux’ part of the term flux capacitor, is the amount of something moving across a certain area. In a flux capacitor, microwaves are the ‘something’, and the channel they move across is a central capacitor. In other words, signals circulate around the circuit in only one direction, just like cars on a roundabout.

This makes the device perfect for quantum computing, where researchers need to direct signals with precision—not the kind of time travelling you had in mind, unfortunately. The fact that this device forces microwaves to flow in only one direction around a central area makes it remarkable because it breaks something called time-reversal symmetry—a theoretical law of physics that states that if you reversed time, you’d see whatever just happened, happen exactly in reverse.

So, what’s the point, you ask? Not only can this technology pave the way for quantum computing but it can also lead to better radar as well as improved WiFi and mobile antennas (think 5G and everything that goes with it). Granted, this doesn’t sound quite as exciting as time travel.