What does the UK coronavirus bill mean?

There’s not much news around that doesn’t pertain to coronavirus right now. It already feels overwhelming. Does anyone else miss Brexit? Monday’s nationwide lockdown is to last for three weeks, at a minimum—such uncertainty is particularly worrisome. But some developments are particularly important, such as the passage of specific legislation through the UK Parliament to tackle the spread and damage of the virus.

What are the specific regulations put into place and how will they affect UK citizens?

Obviously, new and sweeping legislation is needed to grant the government and public services greater powers during the coronavirus pandemic. The Health Protection (Coronavirus) Regulations 2020 provides powers needed to respond to the ongoing crisis and consists of four key categories: “enhancing capacity and the flexible deployment of staff; easing of legislative and regulatory requirements; containing and slowing the virus; and managing the deceased.”

One of the most significant (and necessary) powers is the ability to restrict events and force the closure of spaces and premises, such as pubs and clubs. Boris Johnson already issued an order for pubs to close on Friday 20, and many venues had already closed voluntarily over the preceding week, but this bill formalised and clarified the legal powers going forward. It allows the British government to use the authorities to stop people entering premises and forcibly shut down any organised events.

The new law also establishes how people can sign up to become emergency volunteers, in order to ease the pressure on key areas of the NHS and social services. Furthermore, it allows recently retired medical staff and newly or nearly qualified medical students to work immediately, giving specific protections against possible negligence claims.

There are some particularly morbid details about the registration of deaths (feel free to skip forward a paragraph). Doctors will be able to sign death certificates without seeing a patient’s corpse—which seems astonishing—and only one medical certificate from one medical practitioner will be required to cremate a body (in England and Wales), undoing reforms that were brought in after the details of Harold Shipman’s deeds came to light.

Due to the urgent and temporary nature of the legislation, a formal impact assessment was not required; the bill did not undergo the usual processes of analysis and scrutiny, despite being drafted in just a few days.

In the first draft of the bill, these powers would have stayed in place for two years despite Johnson’s repeated claims that the worst of it will be over in twelve weeks. However, an amendment from Labour’s Harriet Harman, chair of the Committee on Human Rights, argued that this legislation should be debated and renewed every six months: the government has since introduced its own amendment to the same effect.

Journalist Carole Cadwalladr tweeted out notes sent to her by an experienced regulatory lawyer who voiced concerns about some of the specifics of the bill. “In essence, the proposed law is far wider reaching than defeating the virus,” they explained, citing, “Major changes to NHS and social care, including refusal to treat and charging for treatment, not limited to where there’s a high number of coronavirus cases,” and, “Drastic measures allowing police and immigration officers to hold people for up to 48 hours.”

This legislation allows constables and immigration officers to detain or isolate “a person who is, or may be, infectious during the course of their normal functions at the border or while exercising immigration enforcement functions in country.” The lack of specificity here, as well as the more pervasive paranoia, could easily be abused: might someone be deemed infectious for coughing?

Similarly, David Allen Green—a very experienced and useful legal commentator—provided an astute analysis of the first draft. “No extension of police coercive power should ever just be nodded through,” he tweeted. “There is a ratchet effect of any expansion of state power – as twenty years of terrorism legislation shows,” he explains. “If the executive can grab power, it will do so, especially when it can be justified by emergencies.”

Certain clauses also allow councils, who provide much social care, to prioritise care for those considered to be most ‘at risk’. Disability and human rights campaigners have warned that this could easily endanger elderly and disabled people, depending on the exact definition of ‘most at risk’.

About the new bill, the charity Disability Rights UK said that “given the already broken social care system this bill will almost inevitably leave many thousands of disabled people without essential support or any rights to request this support.”

These are, of course, emergency measures and will only be activated, one hopes, when absolutely necessary. However, to put those at risk (both in general and specifically from coronavirus) further at risk seems like a flawed strategy. Let us hope such provisions never have to be used.

There is a lot to criticise about the UK government’s response to coronavirus—and a lot they can be given credit for. When this is all over, whenever that might be, there will need to be serious reflection and analysis. Until then, it’s a waiting game. 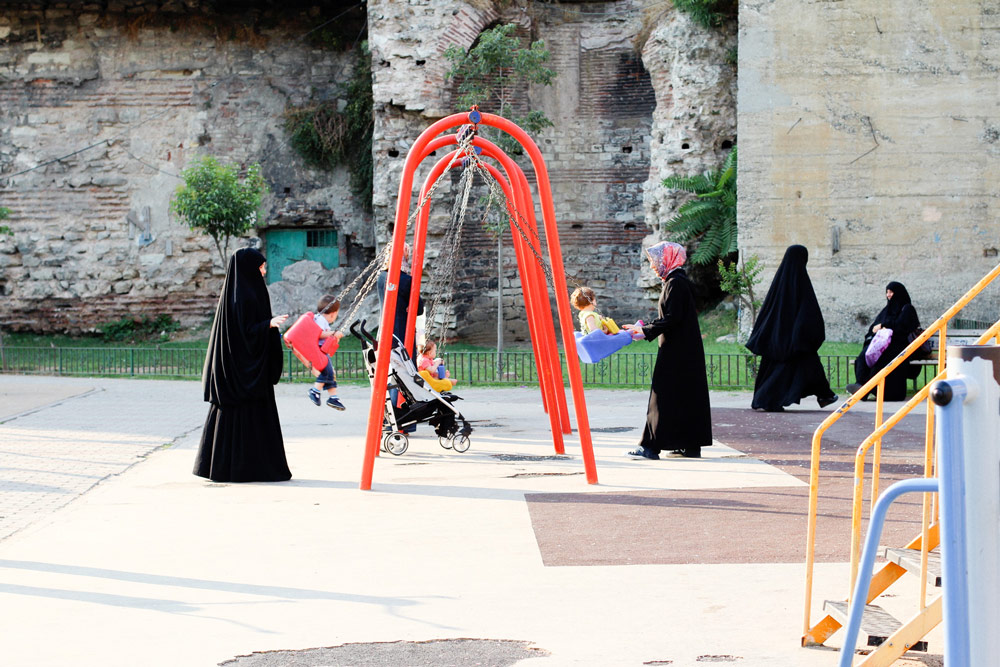 On what seemed like a typical start to the weekend, I, like many others, was searching for what my usual Friday night takeaway would be. Inspired by Michelle Chai’s tweet asking others to make their weekly takeout an East Asian choice, as her family business, like so many other local restaurants, was suffering due to the racism that developed along the coronavirus outbreak, I was flicking through a vast amount of choices—ironically during the heights of stockpiling.

Did I want Chinese, Vietnamese or Thai? Were there any halal Korean places near me? I thought. I could do with a piping hot bibimbap. That’s when I looked up to see my mother’s concerned face. She asked if I was really going to get a Chinese takeaway in the midst of everything. I deeply sighed yes. That’s when I realised that coronaracism was affecting everyone, whether they noticed it or not. Here’s why now is the time for ethnic minority communities to come together.

In my mother’s defence, as an excellent cook who is against any takeout regardless of what’s happening in the world, she would have questioned me the same any day of the week. Yet her moment of ignorance as a South Asian immigrant woman represents an amalgamation of overconsumption of hysterical news, political divergent tactics onto minority East Asian communities as well as good old fashion immigrant fear. It pushes people into thinking that they have to take a step back or they will somehow also end up in the ‘firing line’.

Though her momentary slip—and it was a moment because who can say no to bibimbap?—was not malicious nor vindictive, it was a snapshot of ethnic minorities falling into the trap of distraction via racism. My mother, among many other people, is not blaming leaders who are in charge of our safety and security nor is she questioning why we’re still having to pay mortgages when countries like Italy paused all mortgage payments due to decline in work but instead is looking to turn away from each other in a time of need.

A key explanation I gave my mother about why it’s so integral we support East Asian businesses (not just Chinese businesses but also Vietnamese, Cambodian and Malaysian ones as racism has a history of being dumb and presumptuous) was the thousands of Indian restaurants that were affected by the aftermath of the 9/11 terrorist attacks. Indian restaurants, owned by Muslims or not, were left empty because customers didn’t want to support their businesses. Regulars consciously moved away from them in case they were mistaken for being terrorist sympathisers and therefore personally viewed as less American or British.

In China, Islamophobia is currently at an all-time high and the country has recently been called out for putting Uighur Muslims in concentration camps. But locals are not the issue here and neither should they be in the UK. It would be a shame to treat people how you have known to be treated.

In an era where marching and activism became ‘cool’, the East Asian community has previously received slack for not participating enough. Whether that’s local politics or speaking up for Black Lives Matter and other people of colour, there seems to be a lack of socio-political engagement. Chinese immigrants are usually perceived as the invisible community, they are seen to be “good immigrants” writes Wei Ming Kam in The Good Immigrant. They are “sensible, quiet, shy” so they “integrate well” but these model minorities are “not seen as humans, because we never get to be complex individuals. Our defining characteristic is generally our foreignness.”

Regardless of how well you may assimilate into western cultures, blame can always be misplaced. When President Trump calls coronavirus the ‘Chinese virus’ on Twitter, we’re watching a community being used as a scapegoat in real-time when we all know that viruses don’t discriminate and definitely don’t take your ethnicity into consideration. There are many more examples that can highlight this racism in times of crisis.

As ethnic minorities, we might feel that the ‘easy thing’ to do would be to align with white supremacy and point the finger at China in hopes that for a moment racism will forget about us and our own battles. However, what this pandemic has taught me so far is that it’s an opportunity to offer generosity. We need to form a bridge where there have been cultural and religious differences and not remain silent because we are the first ones to know exactly of the consequences when no one is on the other side—how terrible it can be when the rest of humanity decides to stay quiet.

In the meantime, my last advice for you is to order that Chinese takeaway while also educating your older parents on why they shouldn’t worry about their health when eating Chinese food and why they need to support their local businesses. We can be a part of the rise of communal aid. Show them that when we don’t give into fearmongering, we stop accusing each other and get to the real work of rebuilding society. We take away the power over us and foster relationships that will last beyond any virus outbreak.