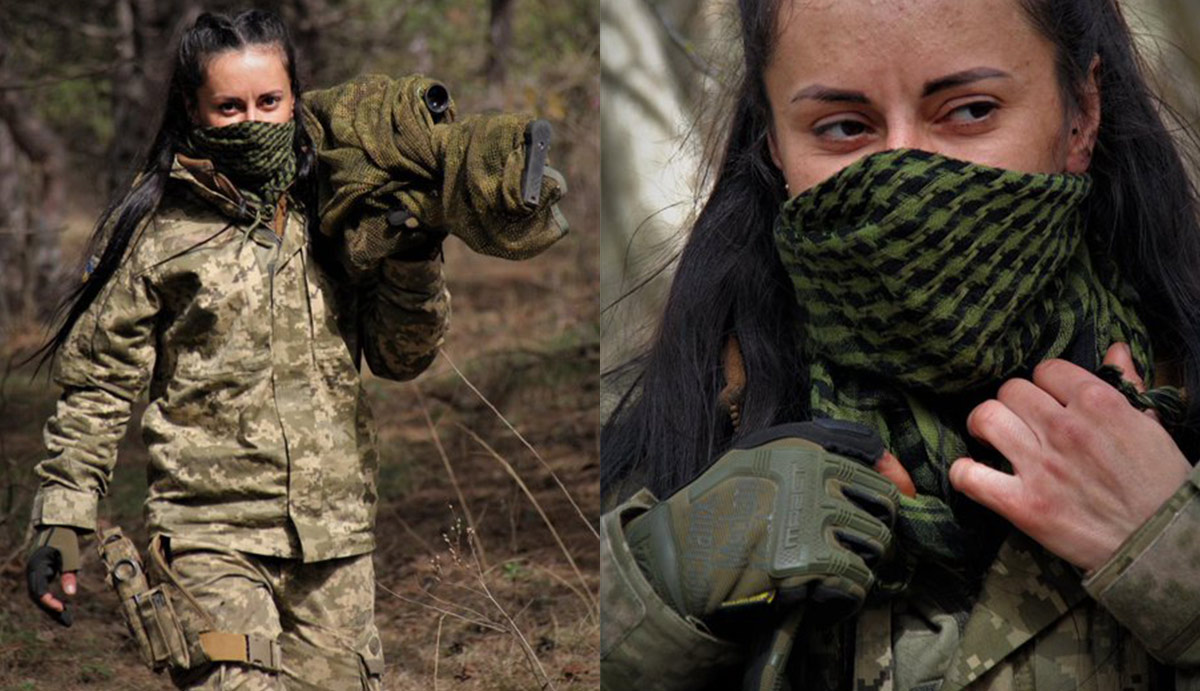 After the soldier who told a Russian warship officer to “go f*ck himself” and the ‘Ghost of Kyiv’, Ukraine has found and celebrates its latest national hero—codename “Charcoal.” A female Ukrainian sniper referred to by the aforementioned title has been heralded as the second coming of infamous WWII sharpshooter ‘Lady Death’—real name Lyudmila Pavlichenko. Born in Ukraine, Pavlichenko has been accredited as the most successful female sniper in history, killing 309 Nazis in the Second World War.

Now, joining the proud history of Ukrainian female snipers is the country’s latest hero. “Charcoal” (“Ugoliok” in Ukrainian), whose legal name is not publicly known, surfaced and circulated in popularity online as a result of a Facebook post by the Ukrainian armed forces. The images show her out in the field, making sure to maintain a level of anonymity with a shemagh-style scarf to somewhat obscure her identity (for her own protection)—her weapon also cloaked with camouflage netting. The post on the social media site by the country’s military has lauded her as a “hero of the modern war.”

The unnamed soldier initially joined Ukraine military forces back in 2017 in an aim to fight against pro-Russian separatists. Though leaving her army position in January 2022, war broke out, as we know, just a short month later and she was back among the ranks of the 35th infantry brigade of Rear Admiral Mykhailo.

In a rallying war cry to her fellow soldiers on the front, reported by The Times, Charcoal declared, “We must take them all out. These people are not human beings. Even the fascists were not as vile as these orcs. We must defeat them”—vowing to push back against invading Putin “to the very end.” 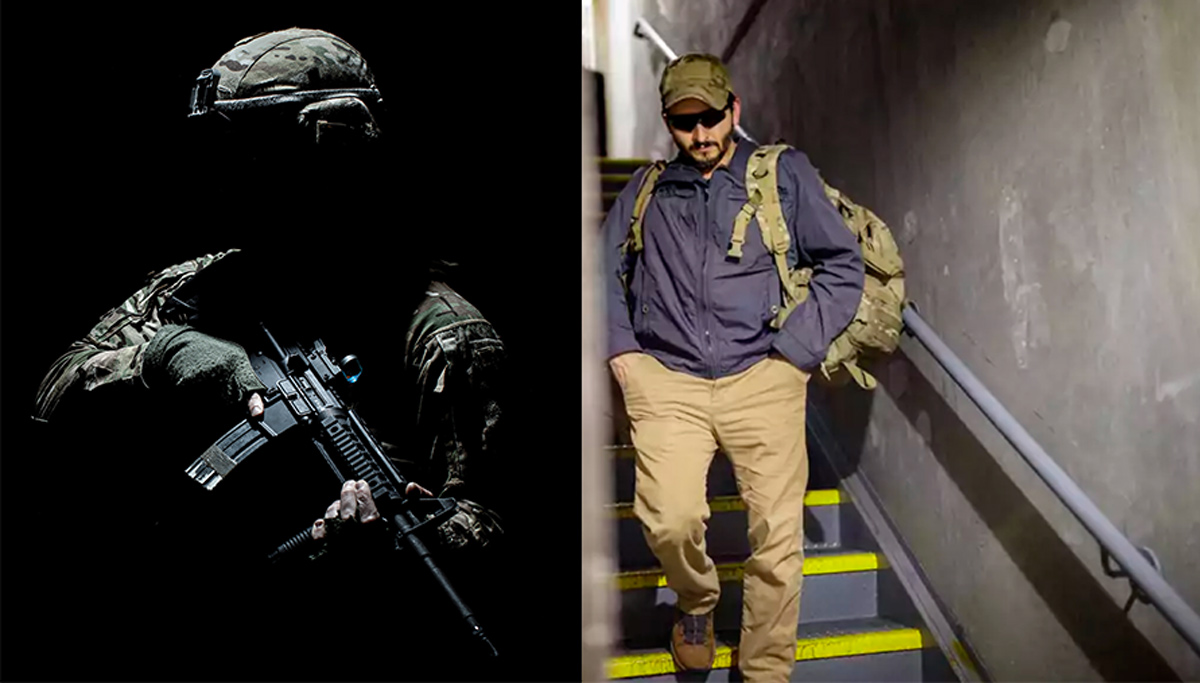 Commonly known as Wali—which is not his real name because of concerns about his security—the former sniper from the famed Royal 22nd Regiment of the Canadian Armed Forces joined the ranks of a foreign legion in Ukraine, responding to President Volodymyr Zelenksky’s call for foreign fighters to help combat the Russian invasion.

The 40-year-old soldier, who now works as a computer programmer, previously served in several wars, including Afghanistan from 2009 to 2011, and Iraq in 2015—where he travelled as a volunteer foreign fighter embedded with Kurdish forces to fight the Islamic State of Iraq and Syria (ISIS).

In June 2017, an unidentified Canadian special forces sniper fired a McMillan Tac-50 rifle to fatally shoot an ISIS militant in Mosul from more than two miles away, among the longest-recorded kills. To put it in perspective, San Francisco’s iconic Golden Gate Bridge is 1.7 miles long. The shot, which took about ten seconds to reach its target, was independently verified by a video camera and other data, USA Today News reported at the time.

Although it’s never been clarified exactly who fired the shot, Wali was part of the anonymous hero’s unit. Furthermore, Canada is renowned for its world-class sniper system, with soldiers working in pairs to account for wind speed as well as the increasing downward motion of the bullet as it loses momentum over such a long distance.

According to the CBC, Wali entered Ukraine from Poland with a group of British and Canadian veterans during the first week of March, sheltering in a renovated home to join Ukraine forces and a growing battalion of volunteer citizen soldiers.

Speaking to the publication, the man said he missed his son’s first birthday, the “hardest part” of his decision to travel to Ukraine. “A week ago I was still programming stuff,” Wali said. “Now I’m grabbing anti-tank missiles in a warehouse to kill real people… That’s my reality right now.”

Speaking to Canada’s French-language La Presse newspaper, Wali shared that he refuses to watch an “all-out invasion” before his eyes. “What I’m doing is short-circuiting Canadian politics,” he told the newspaper in French. “Yes, of course governments don’t like it, but [in Ukraine], I really feel that there is strong support, and not just moral support.”

Although Canada recommends that citizens avoid all travel to Ukraine, the government will not oppose Canadian nationals joining the ranks of the country’s International Legion of Territorial Defense. Canadian Foreign Minister Mélanie Joly stated that it was an “individual choice” and that Canada “supports any form of aid to Ukraine at this time.”

According to Ukrainian Foreign Minister Dmytro Kuleba, more than 20,000 people from 52 countries have volunteered to assist Ukraine against Russian forces following President Zelensky’s call for “anyone who wants to join the defence of Ukraine, Europe and the world” to “fight side by side with the Ukrainians against the Russian war criminals.”

Kuleba announced on Twitter that anyone interested in joining the ranks should contact Ukraine’s diplomatic missions in their respective countries. “Together we defeated Hitler, and we will defeat Putin, too,” he said.