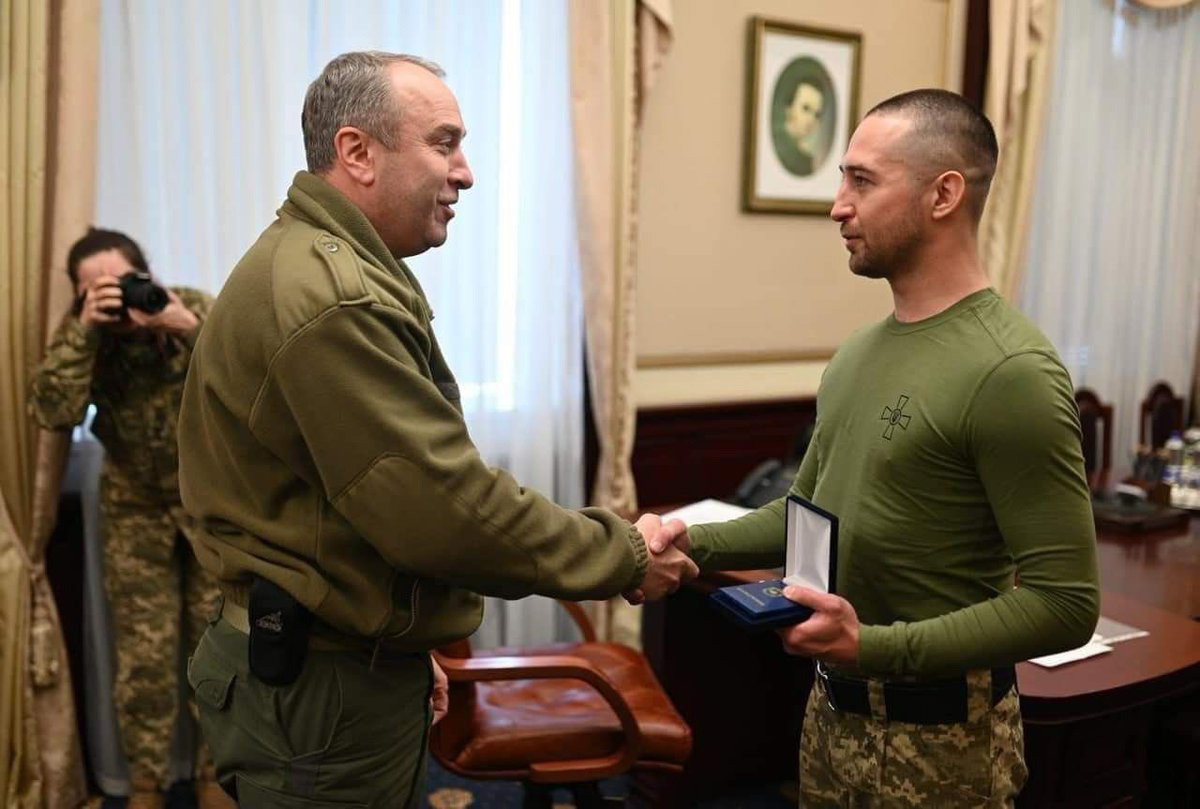 The infamous Ukrainian border guard who told an invading Russian warship to “go fuck yourself,” at the inception of the current invasion was not killed—despite initial reporting that his entire unit was obliterated by the opposing Navy. Instead, information later revealed that many had been captured. Now, the soldier has been released as part of a prisoner exchange and awarded a medal for his bravery, as reported by The Guardian.

The honoured hero in question, Roman Hrybov, was stationed on Zmiinyi (Snake) Island, located in the Black Sea, when the 2022 Russian invasion launched on 24 February. Just the following day, the soldiers positioned on the remote island were given an ultimatum by a Russian warship, calling them to either surrender or be hit.

In a recording of the incident, the imposing Russian ship said, “Snake Island, I am a Russian warship. I suggest you lay your arms down and surrender. Otherwise you will be hit. Do you copy?” To which Hrybov can be heard replying, “Well, this is it. Should I tell him to go fuck himself? […] Russian warship, go fuck yourself.”

A Ukrainian official reported at the time that the entire garrison of 13 border guards (which have also been reported as 19) had been killed after losing contact with them. However, days later it was discovered that they had eventually surrendered and have since returned to Ukraine as part of a prisoner swap. President Zelensky told Russian journalists on Sunday that, “some of the soldiers died, some were taken prisoner.”

“All those who were taken prisoner were exchanged. Russia came up with this proposal. We exchanged them without hesitation… Those who died, they are heroes,” the leader continued. A video, which was released on Twitter by Ukraine’s defence minister and has since been shared infinite times across the internet, shows Hrybov rightfully receiving a medal for his service and conduct.

The impact of Hrybov’s words to the Russian ship incited a widespread unifying phrase that became the rallying cry for Ukraine in the early days of the recent war. The virality of his words sparked an unbridled respect for those brave enough to stand up against Russian forces—with the phrase even commemorated as a postage stamp. 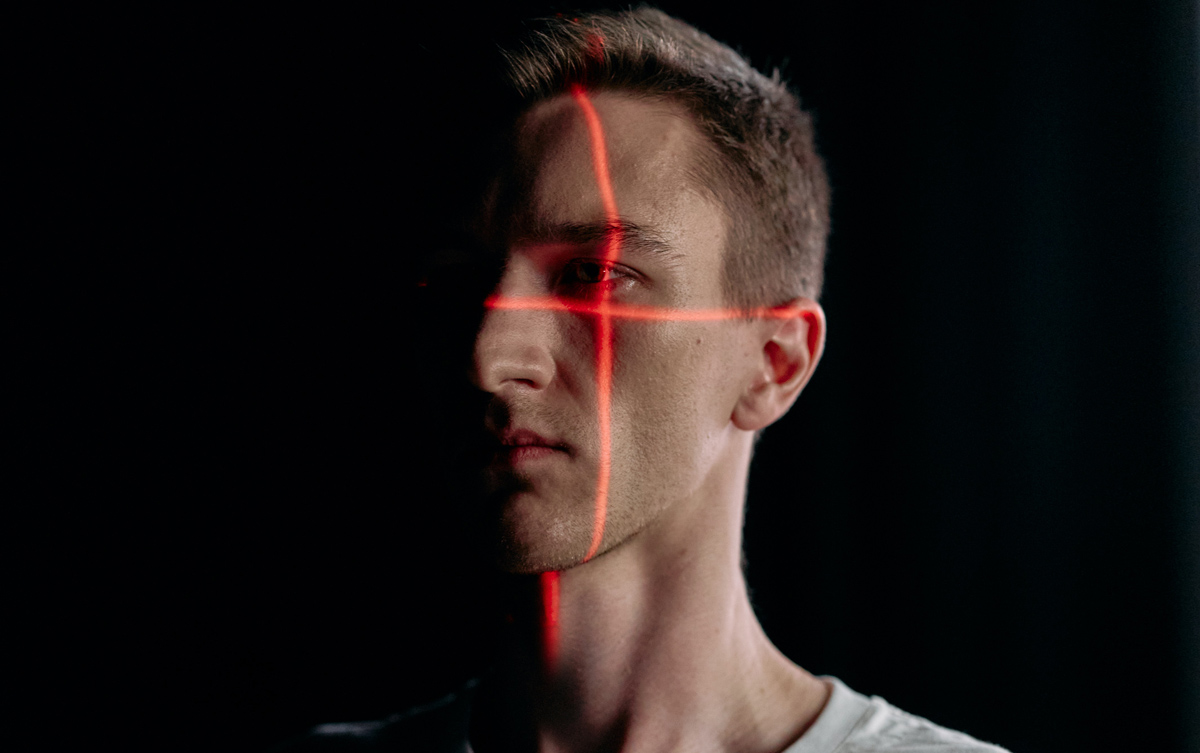 Ukraine is receiving free access to Clearview AI’s powerful search engine “for faces, letting authorities potentially vet people of interest at checkpoints, among other uses,” Lee Wolosky, an adviser to the company and former diplomat under US presidents Barack Obama and Joe Biden, told the publication.

The move was quickly implemented after Russia began invading Ukraine and, according to a copy obtained by Reuters, Ton-That sent a letter to Kyiv offering assistance. The company further revealed that it has not offered the same to Russia.

Ton-That said that his startup had more than 2 billion images from the Russian social media service VKontakte (VK) at its disposal, out of a database of over 10 billion photos in total. In the right hands, such a database could help Ukraine identify the deceased more easily than trying to match fingerprints and works “even if there is facial damage,” the CEO wrote. Although research for the US Department of Energy found decomposition reduced the technology’s effectiveness, a paper from a 2021 conference showed promising results.

As of now, the exact purpose for which Ukraine’s defence ministry is using the technology is yet to be clarified. Other parts of Ukraine’s government are expected to deploy Clearview AI in the coming days, Ton-That and Wolosky added.

But the technology also represents some risks. First of all, even facial recognition is not always accurate—some of its critics say it could misidentify people at checkpoints as well as in battle. A mismatch like this could lead to the catastrophic consequence of civilian deaths—much like the unjust arrests that have previously arisen from police use of the technology.

Following that same line of thought, Ton-That said that Clearview AI should never be wielded as the sole source of identification and that he would not want the technology to be used in violation of the Geneva Conventions, which created legal standards for humanitarian treatment during war.

This approach to using the technology is clear in how Ukrainians have been introduced to it so far—like other users, those in Ukraine are receiving training and have to input a case number and reason for a search before queries, the CEO told Reuters.

It’s important to keep in mind that Clearview AI, which primarily supplies US law enforcement, is currently facing a number of lawsuits in the country for violating privacy rights by taking images from the internet. But the company asserts that its data-gathering process is similar to how Google search works. Still, several countries including the UK and Australia have deemed its practices illegal.

Cahn described identifying the deceased as probably the least dangerous way to deploy the technology in war, but he said that “once you introduce these systems and the associated databases to a war zone, you have no control over how it will be used and misused.”

Williams was detained for 30 hours and then released on bail until a court hearing on the case. At the hearing, a Wayne County prosecutor announced that the charges against Williams would be dropped due to insufficient evidence. At the time, civil rights experts said Williams was the first documented example in the US of someone being wrongfully arrested specifically based on a false hit produced by facial recognition technology.