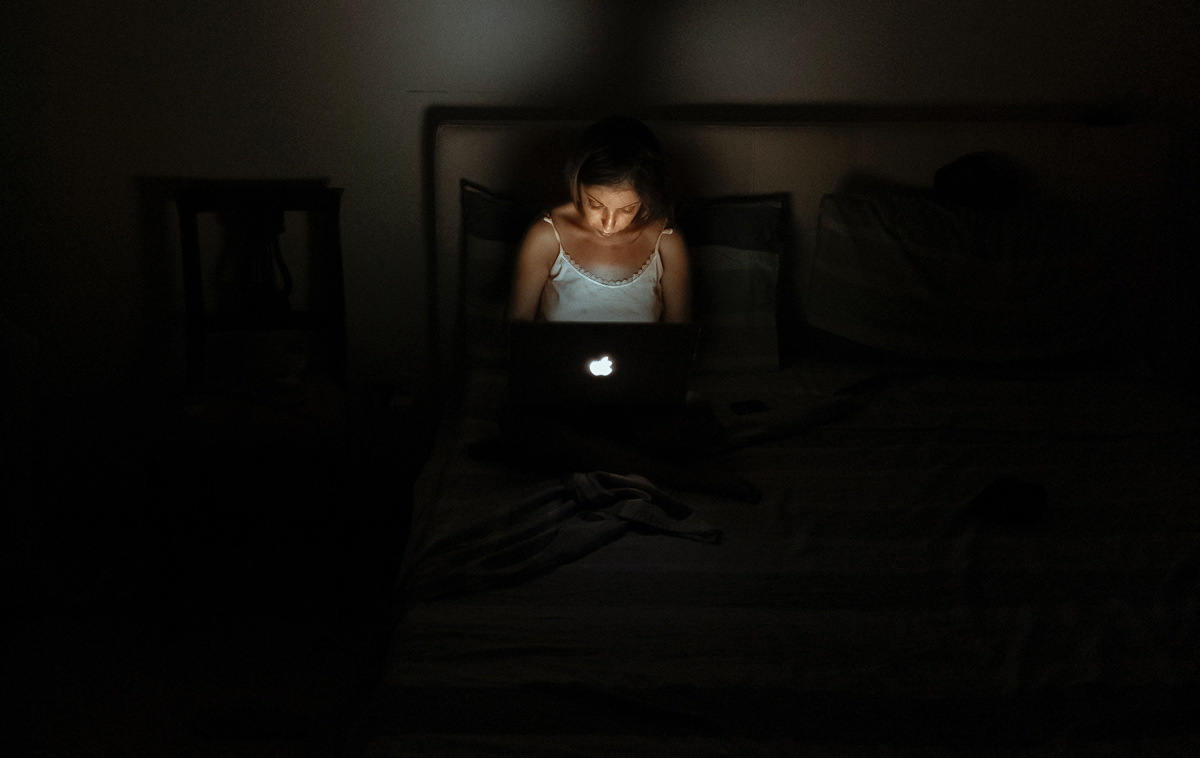 Following the ever-increasing austerity under the Tory government—who can keep up with it anymore?—comes a national pushback against horrifying swelling energy prices. On Sunday 10 April 2022, people across the UK enacted a powerful protest to send a message to the Boris Johnson-led parliament and energy companies in the country against soaring energy costs.

Named the Big Power Off (Big Power Switch Off), the mass initiative that debuted on Sunday urged people to collectively switch off power in their homes for ten minutes at 10 pm. The goal of the protest, which has been cited as a non-partisan operation, was to (with enough numbers) forge an imbalance with the National Grid—one of the world’s largest publicly listed utilities focused on transmission and distribution of electricity and gas—in a bid to gain the attention of the powers that be, The Independent reported.

According to ITV, this first attempt didn’t phase National Grid, with the company reporting no noticeable impact, “Our highly experienced and skilled control room engineers are accustomed to using various tools to manage any sudden fall or rise in demand to ensure a secure and reliable electricity supply for businesses and consumers every second of every day.” That being said, it hasn’t stopped the flourishing movement to continue its spread. Now, as more attention is brought to the cause, there are calls to make it a weekly blackout.

Combating the aforementioned narrative that it had no impact, users took to Twitter to encourage people to stick with it; with one tweeting, “For anybody thinking this didn’t work, think again. The UK pumped storage had to be used to balance the grid frequency. Roughly 10 per cent of the capacity. Once it’s used, it can’t be re-used for many hours. Next time do it at 8, then again at 9. More people the better.” A quick scroll through the social media platform will show you just how divided opinions are on the matter.

Doctor Spyros Skarvelis-Kazakos from the Electrical Engineering department at the University of Sussex, told Euronews, “The effectiveness of such a protest all depends on the uptake.” In other words, it would take millions of household participants to create significant technical impact.

“The impact will not be in the costs of wholesale energy, but most likely in the costs incurred by National Grid ESO, in order to balance the power system. This will be added not just in the costs paid by large generators, but also in the costs of consumer bills,” Skarvelis-Kazakos went on to say. However, following predictions of the risk of “civil unrest” by MoneySavingExpert founder Martin Lewis for The Sunday Telegraph on the increased prices, the people of this country have to have some way to show they don’t like what’s happening to it.

With austerity and poverty only on the rise, people are calling for more to join the protest.

When is the next Big Power Off blackout?

Organiser Kaden Brady has since taken to Twitter to announce an official second date, writing, “Next #BigPowerOff will be [at] 7 pm Saturday 16 April, just before parliament arrives back from their holidays. [Retweet] and share on all social media platforms. Thanks to everyone involved. Get ready for the next one. Solidarity in numbers. Enough is enough! The declaration was also shared by popular TikTok political commentator Tan Smith.

Smith also countered some naysayers by stating, “I’m supporting to see if it achieves anything, I’m just sharing. Those moaning that it won’t achieve anything, yeah it might not, granted. However, no protest works without participation so undermining it is irritating. Don’t want to do it? Fine. Don’t do it quietly.” The plan put forward shows an involvement from everyone on each side of the political spectrum and a reminder that “this is [just] the beginning if we don’t get results.”

So, normally, we’d love for you to be on our site 24/7 but on Saturday 16 April at 7 pm, for just ten minutes, don’t let us catch you on here and turn your power off. 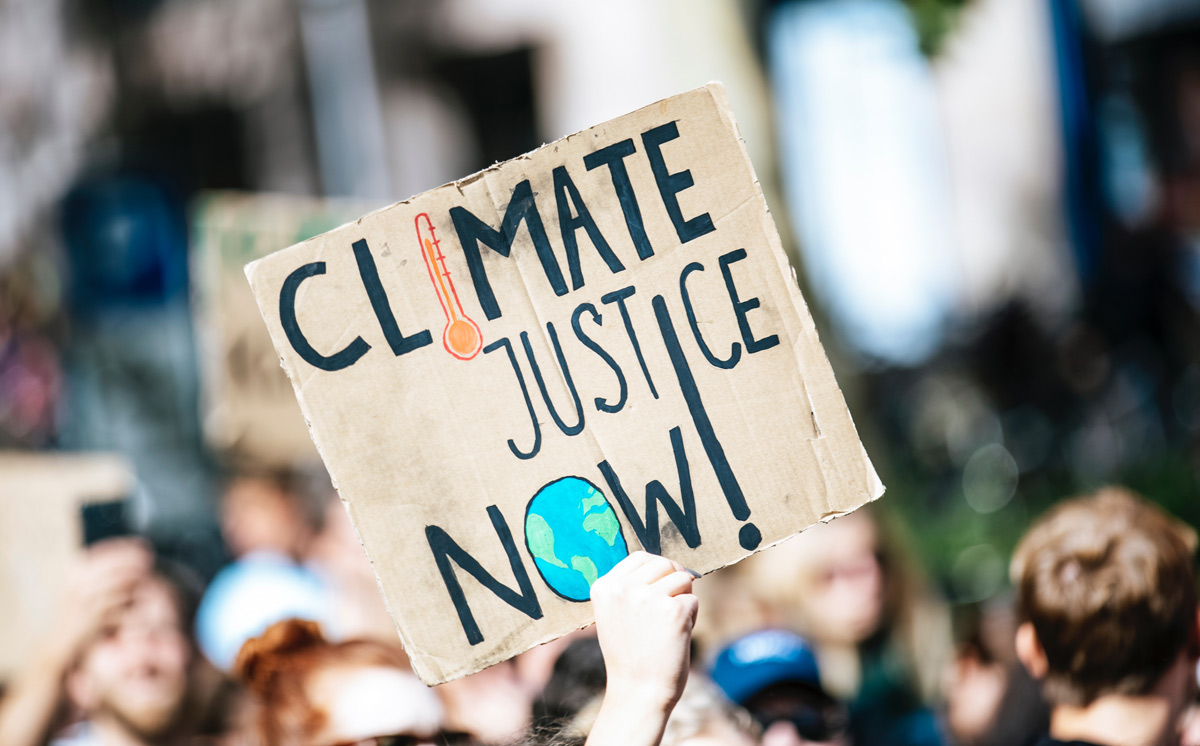 A real-life ‘Don’t Look Up’: scientist arrested after tear-stricken warning ‘we’re headed for a fucking catastrophe’

On Wednesday 6 April, instead of going to work, NASA climate scientist Peter Kalmus went to a Chase Bank building in downtown Los Angeles along with three other scientists, and chained himself to the front doors. This protest aimed to bring more attention to the current state of the climate crisis and JP Morgan Chase’s role as the bank providing the most funding to fossil fuel companies. In a video that has now gone viral online, Kalmus is seen choking up as he warns his audience that “we’re gonna lose everything” and that the situation is “so bad,” he’s willing to put his career on the line for it.

He’s one of more than 1,200 scientists in 26 countries who demonstrated last week—and one of many who were arrested—after a recent climate change report from the Intergovernmental Panel on Climate Change (IPCC) revealed that, as Kalmus said in the clip, “we are headed towards a fucking catastrophe.” In a more subtle way, United Nations Secretary-General António Guterres described it as proof that the world is on “a fast track to climate disaster.”

About ten years ago, Kalmus made a career move from astrophysics to Earth science, leading him to quickly realise that the reality of climate science alone wasn’t enough to convince society to transform. He thus became an activist, helping organise Fridays for Future in the US, talking at city council meetings, and trying to drastically reduce his personal carbon footprint, by giving up flying among other things.

But, as society keeps hurtling towards more catastrophic climate impacts, Kalmus has become increasingly convinced that civil disobedience is necessary. And it seems like other scientists feel the same urgency. Kalmus was accompanied by physicist Greg Spooner, engineer Eric Gill, and wildlife educator Allan Chornak. The men are part of an international organisation of scientists called Scientist Rebellion, looking to raise awareness for the detrimental effects of climate change.

Indy100 reported that the scientists’ peaceful protest led to “at least 100” officers in riot gear arriving to arrest them. Excuse me, 100? Meanwhile, Fast Company managed to get an interview with Kalmus after his arrest, who shared that “we need to switch into emergency mode as a society.”

“Everything seems normal at some level, though it’s been a very not-normal few years,” he continued. “Earth breakdown is going to start kind of contributing very strongly to that sense of non-normalcy going forward. If the mainstream media is reporting this as just another story, if they’re talking about electric cars, and if the scientists are using scientific jargon and graphs and they don’t appear to be freaking out, I think the public looks at the journalists and looks at the scientists… and they’re not going to get the message that it’s an emergency.”

The IPCC report indicates that if world leaders don’t begin implementing drastic changes now—changes they’ve been promising for years yet never made an effort to integrate properly—this could be the imminent end of our planet, no less.

Scientists like Kalmus are hoping their effort to shed light on what’s happening and how urgent the situation is will inspire corporations and governments to begin cutting down greenhouse gas emissions quicker. But sadly, by looking at the poor amount of coverage this latest protest received in the media, it is clear they’ll need a helping hand from the rest of the public in order to make some noise.