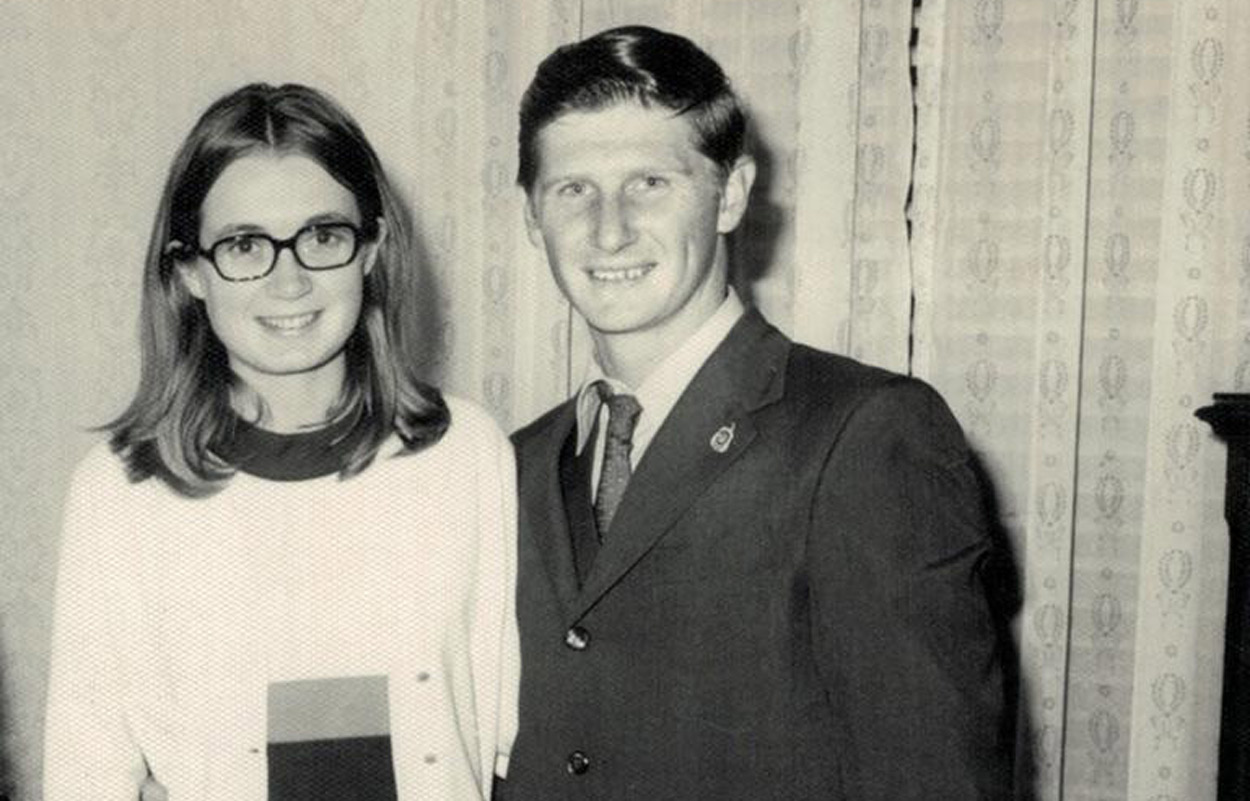 On Tuesday 27 September 2022—more than 40 years after the disappearance of Australian woman Roxlyn Bowie—a court was told that the victim’s husband, John Bowie, had murdered and possibly fed her to pigs at a farm situated in a wild part of the country.

Why? Just so that the self-proclaimed “womaniser” could assume “an unfettered relationship” with another woman, of course.

Roxlyn went missing from the property in Walgett, New South Wales where she lived with her husband and their two children, on the night of 5 June 1982. Her body has never been found, but in 2019, following a series of appeals and investigations, police arrested John—now 72 years old—and charged him with her murder, saying at the time that it had been a “long journey” to get to the point where they felt they had enough evidence to make the arrest.

As the trial was put into motion this week, prosecutors told the jury that John, who was then working as an ambulance officer, murdered Roxlyn on the night in question sometime between 7 pm—which perfectly matched with the time when the couple’s kids were put to bed—and 11 pm, when John knocked on the door of his neighbour’s caravan to ‘ask for help’.

Prosecutors then raised the possibility that John disposed of his wife’s body by feeding it to pigs at a local piggery he’d “taken an interest in.” It was also alleged that following the disappearance of Roxlyn but prior to leaving his workplace in 1988, John had told colleagues that “pigs don’t leave any evidence,” “they will never find her,” and “if you ever want to get rid of anybody, feed them to the wild pigs because they don’t leave anything, not even the bones.”

On one occasion, he even told the meal room of a Sydney ambulance station that “the police are giving me a hard time about my wife, but the pigs do a good job and don’t leave anything behind.”

In yet another incident, John reportedly told a woman—who he ended up dating following the death of his wife—that police had “checked out the roo pits and an old mine shaft” for Roxlyn’s body, but if he was going to do something “he would’ve fed her to the pigs, there would’ve been nothing left to find.”

Another woman is expected to testify that after telling John she was having problems with her then-husband and wished someone would kill him, he allegedly responded that he “had killed before, and it was not a nice feeling.” You don’t say…

Here to defend John, barrister Winston Terracini argued that “throwaway lines in relation to fairly inane conversations [are] not confessions.”

“You know, in your own life, that some people say things offhandedly but don’t necessarily mean they want to do certain things,” Terracini told the jury. I mean, there’s bad-mouthing someone and then there’s being faced with numerous witnesses who claim he said such horrible things…

Crown prosecutor Alex Morris alleged that John carried out the crime so that he could more seriously commit to another woman, Gail Clarke, with whom he was having an affair. Morris noted that the man had previously admitted to having a number of affairs with different women while living in Walgett, and considered himself to be a “womaniser.”

He told the court John forced Roxlyn to write two letters before killing her—one that was found in their home after she disappeared and another that was mailed to her parents two days later. In the letter to her parents, Roxlyn allegedly wrote that she was leaving for South or Western Australia “to start a new life.” The letter also requested her family to “please don’t be hard on John because it wasn’t his fault that I left.” Riiight.

John has pleaded not guilty to the charges, but the trial is expected to last six weeks. A lot more can come out during this period of time. 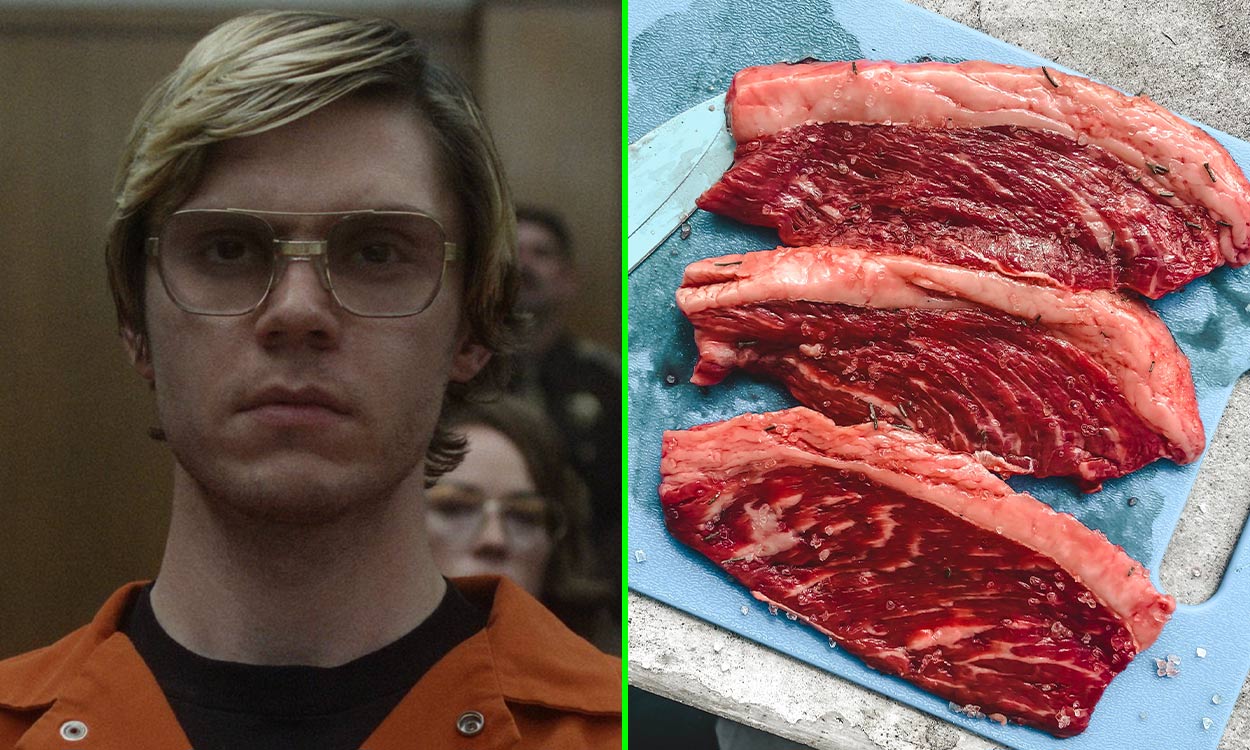 Jeffrey Dahmer, also known as the ‘Milwaukee Cannibal’ or the ‘Milwaukee Monster’, was one of the world’s most famous serial killers. Between 1978 and 1991, the cannibal sex offender dismembered and murdered 17 young boys and men.

In the true crime and serial killer-obsessed online community, it’s no surprise why Dahmer made such a striking impression. Necrophilia, cannibalism, the permanent preservation of body parts—you name it, Dahmer probably did it.

But after getting caught and sentenced to 15 terms of life imprisonment in February 1992, the serial killer continued to shock the world, this time through greatly detailed interviews on his fantasies, killings and what human flesh actually tastes like.

With the new spine-chilling Netflix show Monster: The Jeffrey Dahmer Story hitting the streaming platform on Wednesday 21 September 2022, more and more intrigued netizens have been looking up the Milwaukee Cannibal in search of traumatising quotes to dissect.

But back to the million-dollar question: what does human flesh actually taste like? After being beaten to death behind bars at the age of 34, Dahmer revealed to an FBI agent that he had fantasised about tasting the ‘forbidden fruit’ ever since he was a kid.

A perfectionist at heart, once done with murdering his victims, Dahmer always made sure to take his time when it came to preparing human meat before consuming it. In fact, he ate so much human flesh that he became able to figure out which cuts are tastier.

Eventually, Dahmer told the FBI agent that the ‘crème de la crème’ in human parts tasted just like fillet mignon—a cut of meat taken from the smaller end of the tenderloin or psoas major of a cow. Though the serial killer didn’t precise which exact body part tastes like the French recipe, he did share with his interviewer that he would cook “thighs, biceps, and various internal organs” in a stovetop skillet before consuming them.

Oh, and he was ‘generous’ too—in a twisted turn of events, the Milwaukee Monster’s neighbour, Pamela Bass, admitted that she was likely given human meat by Dahmer. And because she obviously didn’t know at the time, she ended up eating it.

Dahmer spent only two years in prison before he was beaten to death by a fellow inmate while performing cleaning duty in a bathroom at the Columbia Correctional Institute gymnasium in Portage, Wisconsin.