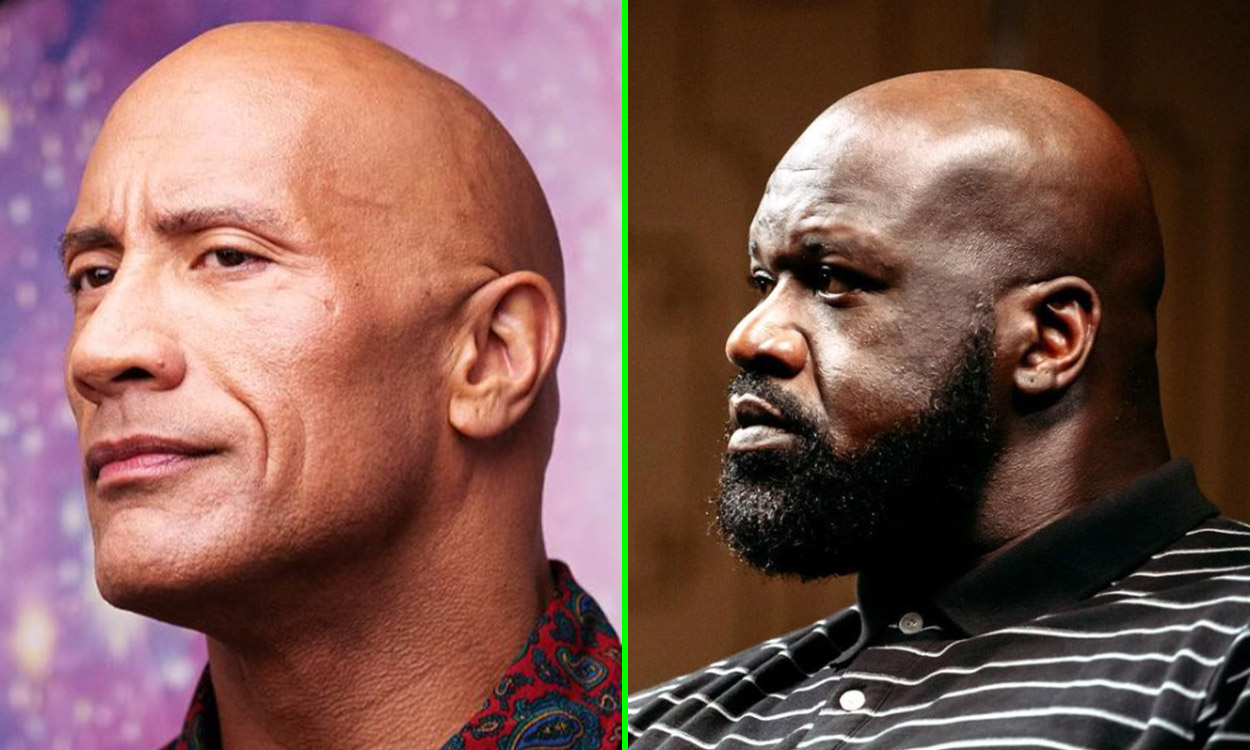 In 2017, five men became the victims of ritualistic murder in Mozambique—targeted specifically due their bald heads. In all five cases, the victims were found with their organs removed and at least one man’s head had been cut off.

According to NPR, the first two killings took place in May in the Milange district close to the border with Malawi, while three more occurred in June of that same year in the district of Morrumbala.

Afonso Dias, a police commander in Mozambique’s central Zambezia province, told the BBC that the ritualistic killings most likely transpired due to a belief “that the head of a bald man contains gold.”

Commander Dias, while considering the culprits’ reasoning, further explained during a press conference in Maputo that “their motive comes from superstition and culture—the local community thinks bald individuals are rich.”

The statements taken from the two suspects arrested for the murders—both approximately 20-years-old—describe how the organs taken from the victims were used by healers in rituals to promote the fortunes of clients in Tanzania and Malawi, as reported by The Guardian.

Superstition such as this has also led to the mass killings of albino citizens in Mozambique. In a 2017 New York Times investigation, it was found that in the Southern African nation, a person with albinism can be worth between $4,000 and $75,000. This ‘bounty’ often leads to albino individuals being kidnapped or killed—often by family members.

The investigation further noted how the governments in Malawi and Mozambique are aware of this tragic problem and public information campaigns have begun in order to quash the superstition that albino body parts bring good luck. The police, too, have become more attentive to the issue. However, far more work needs to be done to protect individuals from these terrifying fates.

The police in Mozambique have explicitly warned all bald men to avoid the country at all costs. 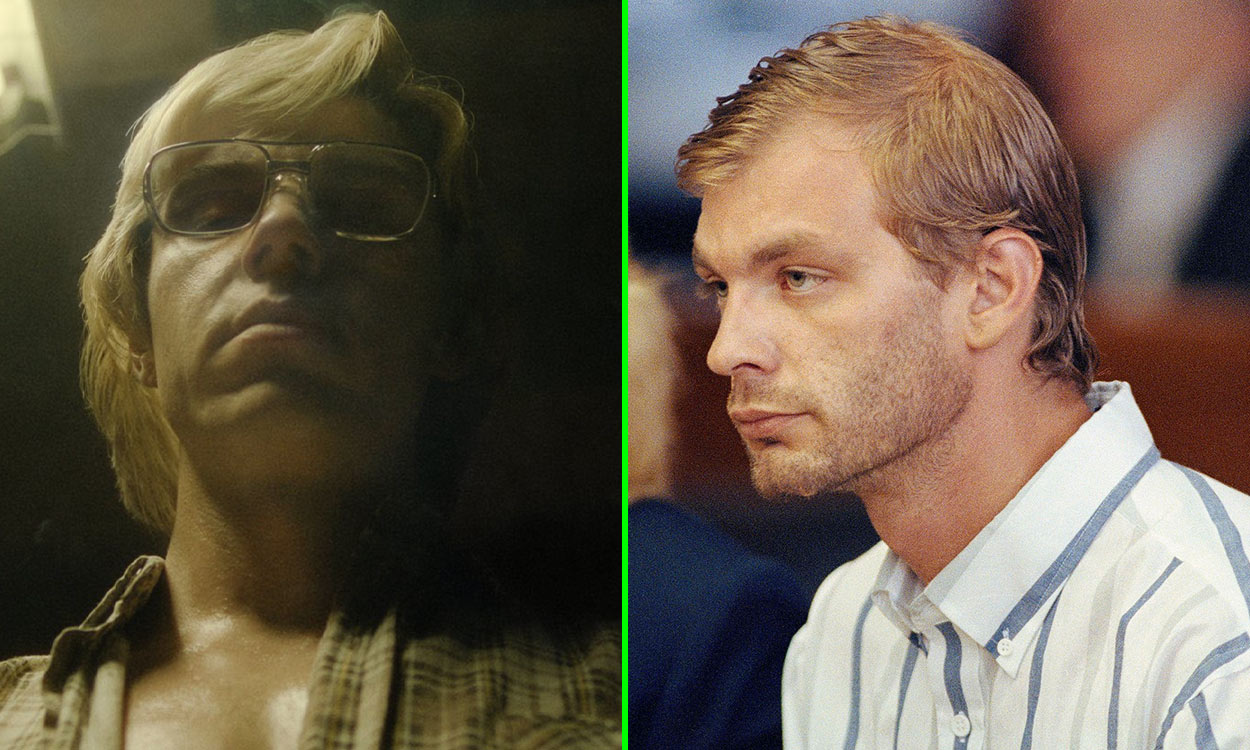 Serial killer Jeffrey Dahmer was convicted of the brutal murder of 17 men and boys between 1978 and 1991. Having admitted to eating the flesh of his victims, the ‘Milwaukee Monster’ was sentenced to 16 terms of life imprisonment in both Wisconsin and Ohio. However, in November 1994—less than three years into his sentence—Dahmer was beaten to death by fellow inmate Christopher Scarver.

During a 2014 interview with CNN which has recently resurfaced online following the success of the new Netflix series Monster: The Jeffrey Dahmer Story, Chris Scarver—the son of the man who ended up killing Dahmer—spoke about the troubling reality of knowing his parent had put an end to the serial killer’s life.

Describing the time he found out, Scarver said, “I was about 10 and I saw it on TV. That’s how I found out. […] A big picture of him [Scarver’s father] popped up, and I was just shocked at that point.”

As for the first time he heard Dahmer’s name, Scarver—who was aged 19 at the time of the interview—added: “When I was young, I didn’t know what it meant, obviously. But that name has been around me for my whole life.”

Scarver was born just after his dad committed a murder that landed him in prison with Dahmer. Though he once shared that he initially believed his dad would eventually come home, any hope of this quickly disappeared once Scarver discovered that his father bludgeoned Dahmer, as well as another inmate, Jesse Anderson, to death in the showers of the prison gym.

Scarver Senior used a 20-inch (51 centimetres) metal bar, which he had removed from a piece of exercise equipment in the prison weight room, to beat and mortally wound Anderson. Dahmer was beaten and raped with a broken broom handle.

After being found competent enough to stand trial, the inmate received two more life sentences for Dahmer and Anderson’s killings. It is believed that Scarver Senior murdered the two men, who were both white, because of Dahmer’s predominant targeting of black males and because Anderson, having stabbed his wife to death, attempted to frame two black males as the perpetrators of the attack. He was once quoted as having said “Nothing white people do to blacks is just,” as found in The New York Times’ news archive.

When CNN reporter Jean Casarez asked Scarver Junior if there was still a question as to whether or not his dad had been ‘set up’ by guards after it was revealed that he should not have been left alone with the two men in prison, he replied: “I think about that all the time. It makes me wonder if he even did it.”

Having said that, Scarver is aware that his dad pleaded no contest to the murders, and is currently serving three life sentences in Colorado. Despite the fact that the young boy had to grow up without Scarver Senior all his life, he also added that he believes his convicted murderer father was the one who helped him when he was most vulnerable.

“I was actually starting to go down the wrong road, and that’s why I wrote [to] him,” Scarver remembered. “I didn’t know what to do, I needed some guidance. And I just told him everything I was going through, and how I felt about me and his relationship—all these built-up years, all that pain that I had, I finally just let it go and just talked to him.”

His dad wrote back, allegedly telling him: “Tough times don’t last. Tough people do. And you are the toughest kid I know.” To this day, Scarver still credits his father with keeping him on the right track, having printed out a prison photo of him and stuck it to his dorm room door while at college.

A cautionary tale of just how dangerous systemic racism can be

Ever since Monster: The Jeffrey Dahmer Story hit our screens, many have praised the series for accurately exposing the systemic racism that enabled Dahmer to go unnoticed for so long. Some netizens even highlighted how, even though the ‘Milwaukee Cannibal’ remains one of America’s most culturally ‘popular’ serial killers—his story having been told through countless movies, documentaries and other mediums—for some reason, previous ones always left out very important details about systematic racism and police prejudice.

Dahmer targeted mostly gay black men—11 of his 17 victims were black. But even though neighbours filed multiple complaints to police about the killer’s behaviour, they were ignored. Glenda Cleveland, a black woman who, on multiple occasions, tried to warn the police about her murderous neighbour but whose pleas were disregarded until it was too late, makes an appearance in the Netflix series.

According to the Associated Press, several families sued the police department, citing that racism among the officers contributed to their relatives’ deaths. On 27 May 1991, Cleveland called the police after her daughter and niece saw a naked and bleeding boy run from their apartment building. The officers questioned Dahmer, but eventually accepted his explanation that the boy was an adult and his lover who just had too much to drink. They even went as far as to return the boy to Dahmer who later admitted to killing him after his arrest.

Systematic racism also played a key role in the serial killer’s trial. Dahmer killed mostly gay black men, yet his jury was made up of only one black member and 13 whites. In his opening statement during Dahmer’s insanity trial, defence lawyer Gerald Boyle insisted his client was motivated by sexual attraction, not racism, when selecting victims. “This was not racial,” he said. “Mr. Dahmer’s obsession was body form, not colour.”

But many, including some of the relatives of Dahmer’s victims such as Jeannetta Robinson, didn’t believe that. At the time of the trial, Robinson said, “The law says you should be tried by a jury of your peers. A jury of your peers. Who did this man go to bed with and eat up? There should be at least half blacks and gays on that jury.”

The pain and trauma left behind

It’s impossible to cover the killings of Dahmer without acknowledging the pain and trauma he caused so many black families in Milwaukee. And the same should apply to Monster: The Jeffrey Dahmer Story. However, some of the victims’ relatives have begun to speak out online regarding the production team failing to ask for their consent.

Eric Thulhu—a relative of Errol Lindsey, who was drugged and killed by Dahmer aged 19—tweeted, “I’m not telling anyone what to watch, I know true crime media is huge r[ight] n[ow], but if you’re actually curious about the victims, my family (the Isbell’s) are pissed about this show. It’s retraumatizing over and over again, and for what? How many movies/shows/documentaries do we need?”

He added, “Like recreating my cousin having an emotional breakdown in court in the face of the man who tortured and murdered her brother is WILD. WIIIIIILD.” Following the vast amount of responses his initial tweet received, Thulhu confirmed that his family’s consent had never been asked for prior to the series being made. They weren’t even notified of it.

In a twisted turn of events, some fans of the Netflix show have taken to TikTok to share video edits romanticising Evan Peters’ portrayal of the serial killer. The American Horror Story star has been described as “creepy as hell” and “bone-chilling” as Dahmer, which is understandable considering the phenomenal performance Peters delivered.

Sadly, however—in a similar manner to when Zac Efron portrayed serial killer Ted Bundy in 2019—other netizens completely disregarded such pleas, with one writing, “Need Evan Peters to play a character that isn’t a serial killer so bad so I can find him hot in peace.”

Speaking about playing the Milwaukee Monster, Peters himself told Netflix: “I was very scared about all of the things that Dahmer did, and diving into that and trying to commit to [playing this character] was absolutely going to be one of the hardest things I’ve ever had to do in my life because I wanted it to be very authentic.”