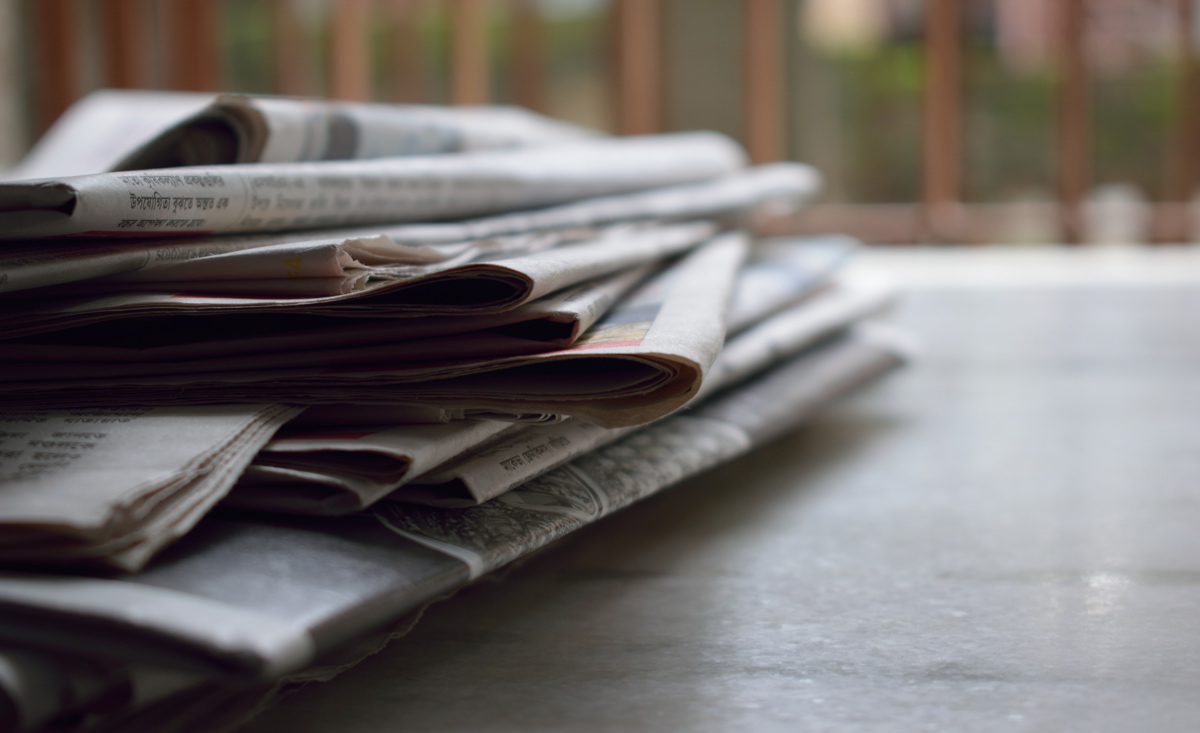 Less than a week ago, shortly after CCTV footage of Matt Hancock making out with his secret girlfriend was released by The Sun, officials from the UK’s data watchdog the Information Commissioner’s Office raided two homes and seized computers as part of an investigation into the leak. Fast forward to yesterday, 20 July, when it was revealed that journalists’ investigations—into matters of public interest—could be treated as spying under planned reforms to the UK’s Official Secrets Act.

If you’re not sure what that means exactly, let me clarify: Priti Patel, along with the rest of the UK government, is currently working on one of the biggest attacks on press freedom. Why? Because instead of not doing the ‘embarrassing’ things that are exposed through journalism, they’d much prefer to keep on doing them behind closed doors while making sure they don’t get out in the open.

And how exactly can they stop journalists from disclosing their dirty little secrets? By threatening to treat them in the same way as those who commit espionage offences. Oh, and did I mention that those journalists could be jailed for up to 14 years? Welcome to George Orwell’s 1984 sequel, 2021. Let’s crack on, shall we?

For a while now, the Home Office has been working on implementing harsher and more extensive secrecy laws that would have the effect of deterring sources, editors and reporters by making them potentially subject to uncontrolled official bans not approved by a court, and punished much more severely if they do not comply. About two months ago, while most of us were busy discussing other hair-raising news, a government consultation went under the radar. “Although portrayed as countering hostile activity by state actors, the new laws would, if passed, ensnare journalists and sources whose job is reporting ‘unauthorised disclosures’ that are in the public interest,” writes The Guardian.

As soon as this consultation that claimed that press disclosures can be worse than spying, because the work of a foreign spy “will often only be to the benefit of a single state or actor” popped up, guess who endorsed it in no time? Priti Patel, obviously.

Calling for parliament to consider “increased maximum sentences,” the Home Office is basically trying to prove that there is no distinction in severity “between espionage and the most serious unauthorised disclosures,” including “onward disclosure” in the press. It claims that journalism could even create “far more serious damage” than a spy. Yet the 66-page document does not mention “journalism” once, and refers only to “onward disclosure… without authorisation.” Same thing, but hidden.

What you probably didn’t know is that the whole process behind these new laws actually began in 2016 when the Law Commission—a statutory body that reviews the law in England and Wales—started work on “protecting official data,” claiming reforms were needed “to bring the law into the 21st century.” Changes were, supposedly, justified because of the ability of “hostile states” to conduct cyber-attacks and because the potential impact of spying and leaks had increased. That doesn’t sound too bad, but wait—it gets worse.

Initial proposals by the commission in 2017 did not attract much attention until an article in The Register pointed out that the proposals would put leaking and whistleblowing in the same category as spying for foreign powers—and that UK leakers and journalists could face the same extended jail sentences as foreign agents. Sentences would apply even if the leaker was not British, nor in Britain, or was acting in the public interest. After the article was published, an avalanche of criticism from NGOs, the press and media organisations followed. As a result, public consultation was extended.

Slowed further by the impact of the COVID-19 pandemic, the Law Commission published revised proposals last autumn, which have now just been scrapped by the Home Office as not “the right balance in this area.” The introduction of a public interest defence available to anyone, including journalists, was discarded. Instead, here’s what it has to propose.

The idea that any leaking of the government’s private matters could be in the public interest should not be possible, it states. Forget about whistleblower protection, and even forget about the argument that they acted in the public interest. One of the main changes is to widen the scope for prosecutions. “For public servants,” according to proposals, “offences should not continue to require proof of damage, as is currently the case. Instead, they should require proof of a sufficiently culpable mental state, by which we mean, for example, proof of the defendant’s knowledge or belief that the disclosure would cause damage.” I bet Dominic Cummings is shaking in his boots right about now.

“Maximum prison sentences that could be imposed on publishers or sources—currently two years under the Official Secrets Act for unauthorised disclosures—would be multiplied to an unspecified higher level,” adds The Guardian. Other publications mention that the Home Office looked at whether sentences should be increased from two to a new maximum of 14 years, just so you can get an idea of how long we’re talking about here.

In the consultation document, the government goes on to claim that anyone deciding whether to put information in the public domain, including whistleblowers in government or journalists who may have been handed information, would “rarely (if ever) be able to accurately judge whether the public interest in disclosing the information outweighs the risks against disclosure.”

While it remains partly unclear exactly how the laws will allow the UK government to prosecute individuals behind ‘smaller leaks’ such as Matt Hancock’s affair—would that qualify as an unnecessary embarrassment for them or one that isn’t in the public interest?—it’s crucial we highlight the fact that simply threatening to jail whistleblowers and journalists is an attack on freedom of speech regardless.

Responses to the new proposals are being sought by 22 July. If editors, journalists and advocates of freedom of speech and press do not highlight the danger these represent, we might truly see the UK turn into a 1984-esque nation. 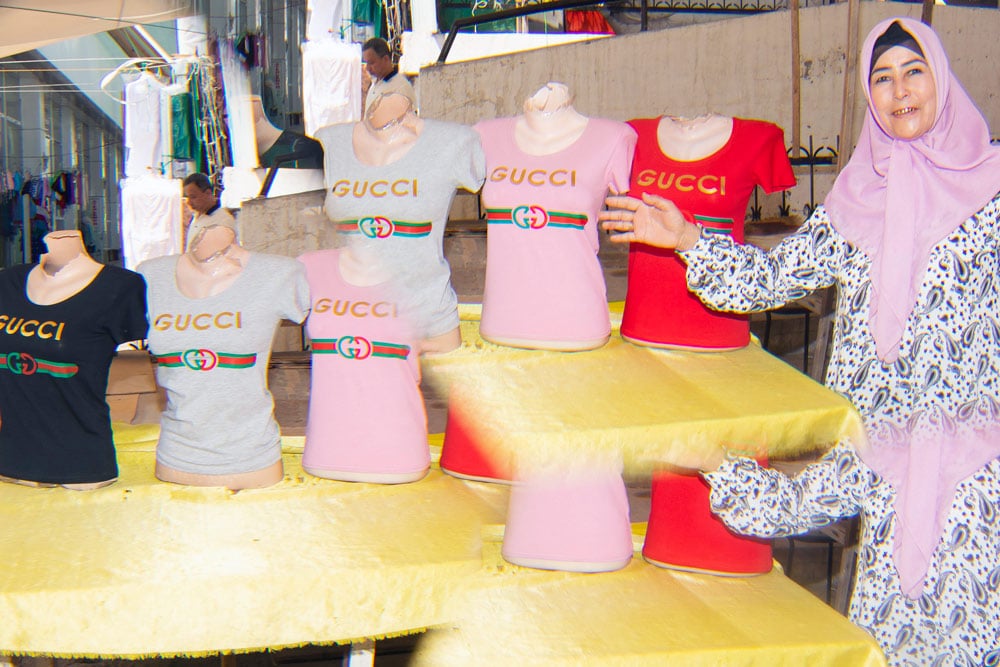 Racist jokes and gay jokes are still being told

Freedom of speech and expression is under threat, at least that’s what some comedians are currently saying. During his Humanity Netflix special, British comedian Ricky Gervais said that he found himself in a Twitter argument defending an alt-right creationist just because he too had the right to express his own thoughts.

And Gervais is not alone. Across the board, from Dave Chappelle and Iliza Shlesinger to Bill Burr and Tiffany Haddish, comedians are advocating for freedom of speech and against the type of ‘cancel culture’ that is blind to context and the very nature of humour. An artform they believe to be sacred.

Sure, there are racist comics out there that tell racist jokes. And yes, I can absolutely see why certain jokes might be tagged racist jokes or transphobic jokes if taken out of context, but to quote Chappelle as he accepts his Mark Twain Prize for American Humour in 2019: “there’s something so true about this genre, when done correctly, that I would fight anybody who gets in a true practitioner’s way,” adding: “I’m not talking about the content, I’m talking about the art form.”

Three years ago Brian Logan wrote an article for The Guardian where he ponders on the correctness of some comedians’ “Ironic Bigotry” as he calls it. The same irony that saw Dave Chappelle win an Emmy for his Sticks and Stones special. Logan questions whether Chappelle’s comments on gay and trans persons was his way of smashing taboos with a sledgehammer, “Or can it be that a comic revered for his contribution to racial discourse in the US, primarily via his sketch series Chappelle’s Show, may be insensitive to discrimination based on sexuality and gender?”

The real question here being, could it be that Chappelle, Gervais and Burr are each passing off discrimination and flat out racist jokes under the guise of woke comedy? I would argue that the answer is no. Not for the practitioners who do it right; who direct the joke to the right place. And I too would argue that we have to laugh when we can, about whatever it is that we want. Because the route from political correctness to outright censorship is short, and we have to fight for our right of expression. But yes, the line is fine here and easy to overstep.

Just at the end of 2019, Shane Gillis was fired from SNL after videos surfaced of him telling blithely racist Asian jokes not even hours after he signed his contract to join the hit American late night show. “We as a society are doomed unless male comedians can be racist without criticism or consequence!!!” wrote Kevin Fallon sarcastically for the Daily Beast. Adding that no critic, no fan or staff member is denying Gillis the right to tell the jokes—however lame they might have been. “But just because Gillis has a right to make those jokes doesn’t mean he has a right to a bigger platform from which to make them.”

In that same breath, gay jokes have also been a massive part of our culture, whether we’ve noticed them or not. Family Guy is just one example of this—and yes it may seem archaic, but the show only recently, like really really recently (end of 2019) publicly announced it will no longer be participating in the expression of gay jokes.

As Clemence Michallon writes so well in her article for The Independent Family Guy reverses its stance on ‘gay jokes’: why? “The way in which the decision was communicated, too, was worthy of attention. It started with a fictional Donald Trump telling Peter: ‘Many children have learned their favourite Jewish, black, and gay jokes by watching your show over the years’, to which Peter replied: ‘In fairness, we’ve been trying to phase out the gay stuff.’”

Jokes that hurt and humiliate are not OK

The key here is that racist jokes, gay jokes and trans jokes should never be OK to tell if the joke is to hurt, humiliate and undermine. Some jokes may feel too close to home, and for that we are allowed to switch off, to not engage. Gervais commented that not everything is for everyone, and that too is OK.

Most importantly, in art and creative expression as well as in comedy, there is a representative for each and every one of us out there. To quote Chappelle, “I don’t think there’s an opinion that isn’t represented by somebody. Each and every one of you has a champion in the room.”

People should not be quick to cancel Gervais or Chappelle only because they were offended by one of their jokes. Their aim is not to discriminate against a specific ethnicity, gender, or sexuality but more to do their job; to make fun of everything and everyone.