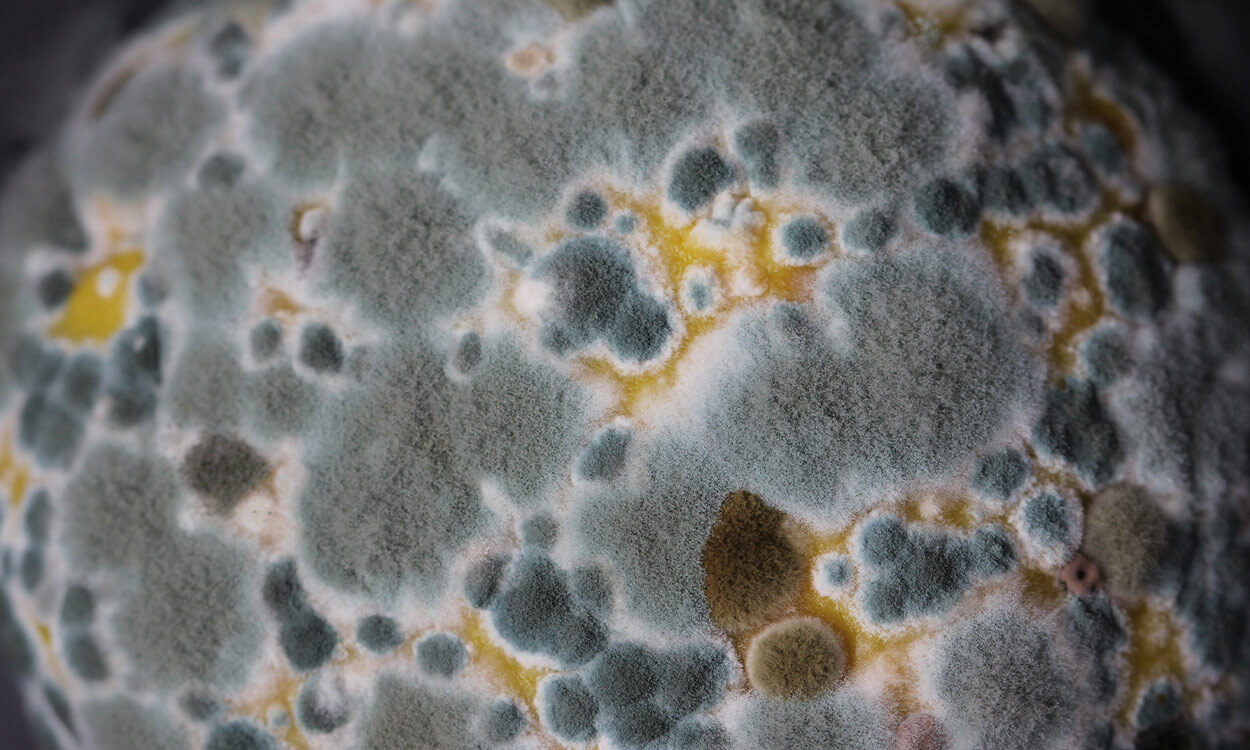 As someone who’s been living in London for over eight years now, in six different rented flats—most of them which I shared with a couple of flatmates—it was almost impossible for me not to face a mould infestation at least once.

Though it should be noted that this conversation has been a constant among UK residents—especially those who can’t afford to leave their home just because their landlord isn’t willing to take responsibility for this type of problem—the topic has recently reappeared in the headlines following the tragic passing of two-year-old Awaab Ishak in December 2020, who died of a respiratory condition caused by prolonged exposure to mould in his parents’ one-bedroom flat in Manchester.

Almost two years later, Gareth Swarbrick—Rochdale Boroughwide Housing (RBH) chief executive who was responsible for the flat where Ishak died and had received multiple complaints about fungi from the toddler’s parents—is still refusing to stand down as leader of the housing association.

“The conversation around my position has begun to overshadow the most important part of all of this, which is that a family has lost their child. Having spoken to the board, I can confirm that I will not be resigning,” Swarbrick announced in a recent statement.

Meanwhile on TikTok, young tenants are sharing horrifying videos of their own struggle with mould infestation, looking for advice on what to do as their landlords screen their panicked calls and emails. Heck, the flat I’m currently renting—for which I pay a hefty sum of money, might I add—has mould slowly creeping up my bathroom’s walls.

On my building’s WhatsApp group, it’s almost become a weekly ritual for someone to post a message asking if anyone else is seeing dark spots pop up in random places, from the corner of their windows to their bedroom’s ceiling.

We try to share tips, like buying this one fairly affordable dehumidifier—Pro Breeze is recommended by one of my neighbours, who also uses hers to age cheese—or cleaning the spots with sugar soap, whatever that is. But just like we know for certain that the mould will come back as soon as the temperature drops, we’ve also learned to accept that our landlords don’t give a damn about our health.

Why do British homes get mouldy so easily?

It’s a well-known fact that UK homes are often damp and mouldy, due to a number of reasons, including poor insulation or faulty heating and ventilation systems. In almost all cases, dealing with the issue at hand is the responsibility of the landlord.

And yet, more often than not, tenants are left to their own devices, leading many to suffer from the long list of health problems that come with living in a house that is slowly rotting away. It seeps into our walls, our lungs and can cause major structural issues in a property.

In fact, the situation is so bad that when a survey asking homeowners about their damp situation was conducted by Ipsos and commissioned by the Energy Saving Trust in 2014, the findings were truly shocking.

The survey discovered that 35 per cent of people find it hard to keep their house warm because of poor insulation, 44 per cent lived in a draughty home, 38 per cent complained of condensation problems and 29 per cent said they had mould.

And it’s not looking like anyone is interested in fixing this nationwide problem any time soon. Houses built before 1925 in Britain have solid but very expensive external walls that need insulating. Because of the price, many homeowners put it off.

Add the climate change-induced extreme rainfall and the cost of living crisis to that and we’re pretty much facing a whole country of mould-exposed residents.

How mould in your house can affect your health

Damp or mould problems in a home are associated with increased health problems including allergic rhinitis, asthma, and other respiratory infections. Some groups, including young children and older people, are especially vulnerable.

Most moulds spread by shedding microscopic particles known as spores, which can inflame airways and cause wheezing and nasal congestion when inhaled. Prolonged exposure to mould spores—particularly those from the toxic black mould species Stachybotrys Chartarum—can cause severe reactions.

The mycotoxins released by Stachybotrys Chartarum can kill neurons in the brain and affect our psychological condition and mental capacity. It’s not uncommon for people living in properties with major toxic black mould problems to suffer from dizziness, confusion, and even hallucinations if they ingest large amounts of the spores. 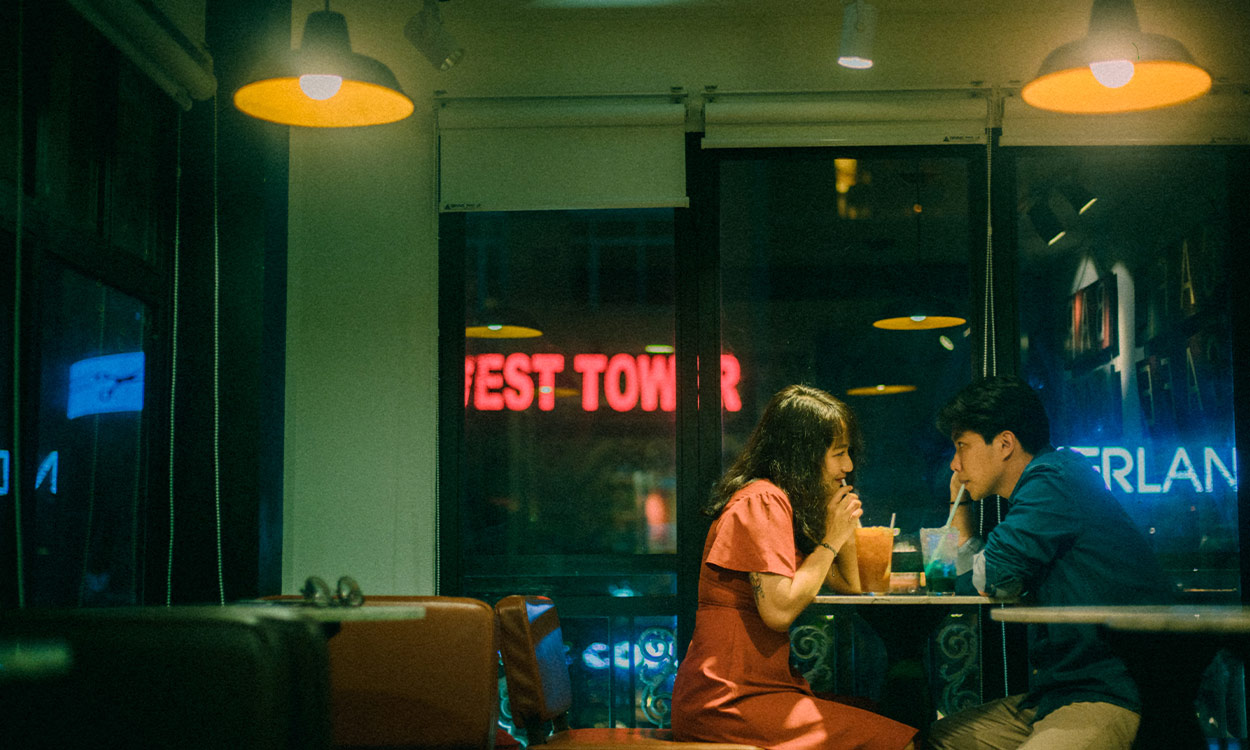 Flat-sharing, divorces and cheaper dates: How the cost of living crisis is impacting the way we love

With the price of everything skyrocketing—from rent to gas, electricity to the UK’s beloved Freddo chocolate bar—the cost of living crisis is impacting just about everyone. According to recent data from the Office for National Statistics (ONS), 93 per cent of adults in Great Britain reported an increase in their cost of living from August to September 2022—a bite felt most by low-income households who now, on average, spend a significant proportion of their income on food and energy.

This crisis isn’t just impacting the price of physical goods either, it’s impacting our wellbeing too—with financial woes causing more people to struggle with their mental health or lose sleep.

But how is the cost of living crisis affecting our love life? There is no ‘one-size-fits-all’ answer to this question; instead, to unpack such a deeply nuanced issue, we first need to explore how the crisis is impacting the dating behaviour of different demographics. By far the largest proportion of ‘active daters’ are gen Zers and millennials, and while we’ve seen trends such as cobwebbing or winter coating currently making the rounds on TikTok, there’s also a slightly more serious conversation to be had.

How is the cost of living crisis impacting the dating behaviour of young people?

Over recent years, gen Z and millennial dating behaviour has witnessed a trend of becoming more ‘cash-candid’—being more open and honest about finances with potential partners. As first highlighted in a recent study conducted by Bumble, almost one in three individuals said they felt it was more important to talk about their financial situation now than at the start of the year. Moreover, ten per cent of those who responded said they would actively share their salaries with the people they meet on the first few dates.

Out of the 2,187 adults quizzed by the dating app, 30 per cent of those aged 18 to 34 reported being more conscious of their date’s budget when picking a venue. Just over one in five reported that they were more likely to set themselves a budget for the date compared to the start of the year. Lastly, and perhaps unsurprisingly, the same survey found that one in five now cared more about being with someone who is more financially stable than they did at the beginning of 2022.

Although all research should be taken with a healthy dose of scepticism, this data reflects a clear change in the way young people approach their love life—a shift that has been significantly fuelled by the economic anxiety that is intrinsically connected to the crisis we’re facing. It therefore makes sense that we’re being more open about money—which, in a way, can be seen as a positive. It should, in theory, help destigmatise the way we approach income, allowing us to have open and transparent conversations about our financial position, and how it impacts our wellbeing.

Slowly overcoming this taboo could also push young people towards cost-free (or at least cheaper) dating alternatives—a walk in the park, a picnic, or a museum visit. Albeit small, this could be a positive culture shift that sees gen Zers prioritising healthier and free dating experiences over expensive cocktails or dodgy pints. This is reflected in Bumble’s research, with the data finding that one in three participants were now more likely to suggest a cost-free date activity, with more women than men looking for free and budget-friendly dates.

However, despite the small positives mentioned above, the cost of living crisis is having a profoundly negative and unhealthy impact on our love lives. “Of course it affects our romantic relationships,” sex and relationship coach, writer, and Feel Fully You founder, Juliette Karaman told SCREENSHOT. According to Karaman, this particular economic crisis is forcing “some people to stay and live together—even if they want to divorce and live separately.”

“It can be psychologically challenging because you’ve taken the step to get divorced and separate, and then you can’t physically make it happen. It means you’re still together while you want to start a new life,” Karaman continued.

This is a scenario depicted by an individual in her thirties from Telford, England, who wished to remain anonymous. Speaking about her experience, she mentioned that the cost of living crisis had made her divorce “particularly hard” and had forced her to “stay living” with her partner for far longer than she would’ve liked. All of which had a detrimental impact on her mental health.

On the opposite end of the spectrum, the cost of living crisis is also forcing people in relationships to live together prematurely to save costs. This was another issue raised by Karaman who mentioned she’d seen cases “where people start dating, live in different apartments, and then, due to the crisis, immediately start living together to save money.” This is the case for Oliver and Amelia, a London-based couple in their late twenties who decided it was best to move in together in a bid to keep costs to a minimum.

“We’re both working class and the cost of living plus rising rent prices in London was hitting us particularly hard,” Amelia noted, highlighting how the couple, who have been dating since early April, cementing their relationship as ‘official’ in August of that same year, both expressed their financial anxiety early on in their relationship. “It was a risk but it’s paid off,” she continued. “We definitely have less weight on our shoulders now, even if the cost of living crisis is getting worse. It just wasn’t sustainable for us both to be living on our own.”

Despite Oliver and Amelia’s situation, Karaman warns couples to take caution when jumping into commitments just for the sake of cutting costs. “They need to ask themselves: Am I ready for this? What are my boundaries?”

Ultimately, this crisis is impacting every aspect of our lives, with our relationships being particularly in the crossfire. The ways in which it’s changing how we love isn’t black and white, it depends heavily on our financial position and individual circumstances. What is more certain, however, is that the current economic squeeze is transforming how we approach romantic relationships—a shift that, more likely than not, isn’t for the better.