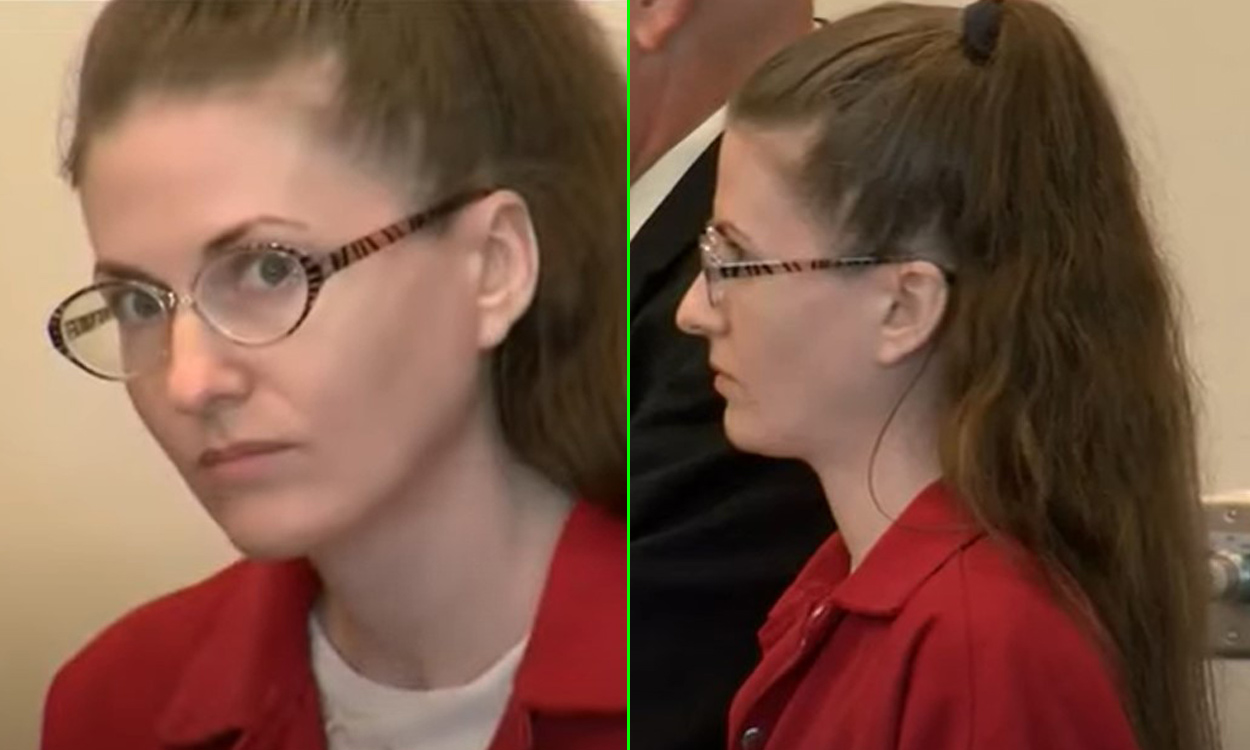 A vegan woman in Cape Coral, Florida has been sentenced to life in prison after starving her 18-month-old son to death by putting him on a strict diet.

According to investigators, O’Leary and her 33-year-old husband Ryan fed Ezra a strict vegan diet consisting of only raw fruit and vegetables—supplemented with breast milk. A probable cause statement obtained by The News-Press further ruled that the boy’s death was caused by complications of malnutrition, including dehydration, micro steatosis of the liver and slight edema (swelling) of hands, feet and lower legs.

The 18-month-old is also claimed to have weighed only 17 pounds, the size of a seven-month-old baby, at the time of his death.

Before calling 911 on 27 September 2019, O’Leary said that Ezra hadn’t eaten in a week and was only being breastfed. At the time, she believed this was because he was teething. At 4 am, however, the boy was nursed for about a minute before he had trouble breathing. Instead of calling for help, the couple fell asleep. By the time they woke up, the toddler had stopped breathing entirely.

Ezra was pronounced dead when Lee County Emergency Medics arrived at their Cape Coral home. Once a detective met with the couple, they were standing near their minivan which had three other children inside.

While two of them—aged three and five—were the pair’s biological children, they appeared pale and yellowish, and were described as extremely small for their age group. One of them also had blackened teeth indicating dental decay which required surgery.

The third child, on the other hand, appeared to be the healthiest and was revealed to be O’Leary’s 11-year-old daughter with a different biological father. According to police statements, the older child visits her father in Virginia every two months for a few weeks, which likely explains her healthier appearance.

The O’Learys turned themselves in to Cape Coral police shortly after Ezra’s cause of death was determined on 6 November 2019. At the same time, their attorneys maintained claims that they were caring parents who “didn’t mean to kill their son.”

“The child’s death, while tragic, was neither purposeful nor neglectful, but accidental, and is listed on the death certificate as such,” attorney John Musca, said in a statement to local TV station WFTX.

As of Monday 29 August 2022, O’Leary was handed two 30-year sentences for aggravated child abuse and aggravated manslaughter of a child, and an additional five-year term for child abuse and child neglect, to be served concurrently—apart from a life sentence for first-degree murder. Her husband remains in jail while awaiting trial on similar charges.

Judge Bruce Kyle also ordered the Cape Coral woman, who reportedly showed no emotion as the sentence was read out and told the jury that she did not wish to make a statement, to cut off all contact with her surviving children. 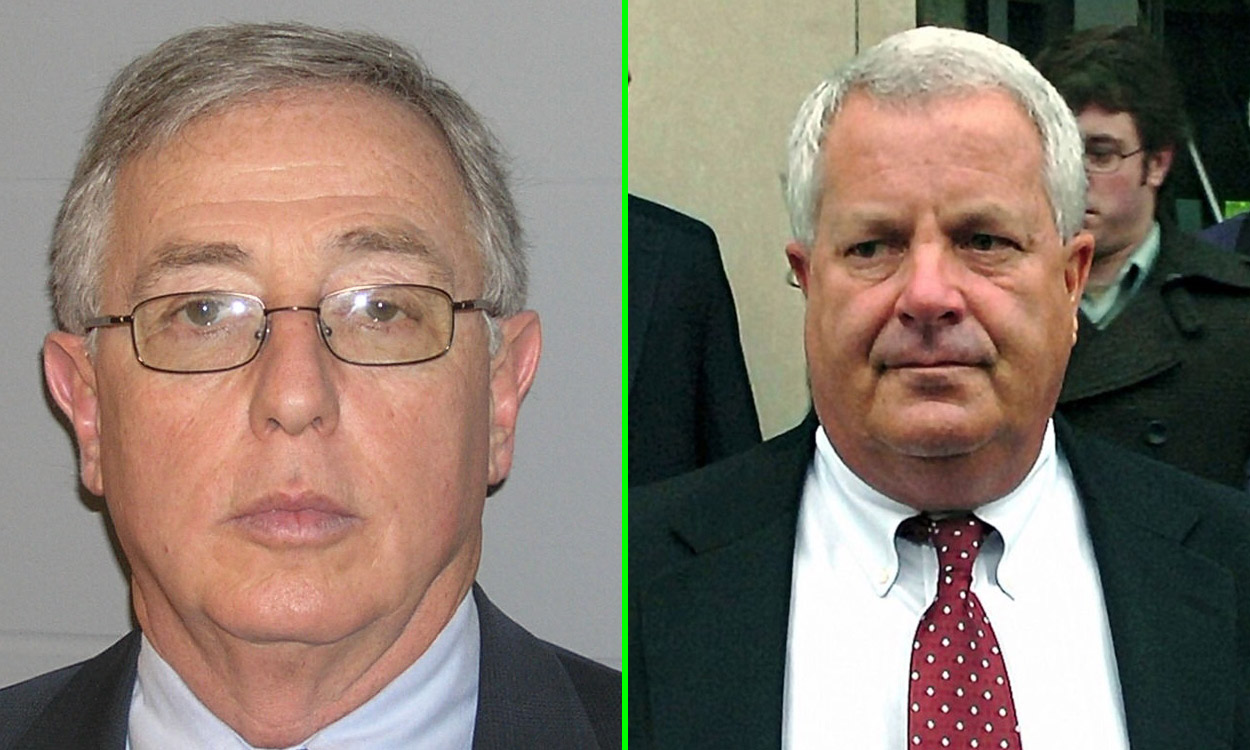 Two US judges sent 2,000 young children to jail for over $2 million in bribes

Back in 2009, two former State Governors from Pennsylvania were charged with lengthy prison sentences after it was revealed that they orchestrated one of the most heartbreaking scandals ever seen within the US Justice System.

Mark Ciavarella, 72, and Michael Conahan, 70, shut down a county-run juvenile detention centre during that same year, sending over 2,300 children to for-profit prisons instead. In return, they received over $2.8 million in illegal payments from the builder and co-owner of two jails.

According to NBC News, children as young as eight were sent to PA Child Care and its sister facility, Western PA Child Care. The fact that the majority of these children were either first-time offenders or had been convicted for minor crimes such as petty theft or jaywalking did not seem to bother the two men one bit.

The judges had ordered all of the youths to be immediately handcuffed and escorted to the jails without even giving them an opportunity to say goodbye to their loved ones. Thankfully, since the ‘kids-for-cash’ scheme was uncovered, the Pennsylvania Supreme Court officially threw out over 4,000 juvenile convictions.

Since Ciavarella and Conahan were convicted, an extensive lawsuit involving over 300 plaintiffs has dragged on. Following years of emotional testimony from a number of the victims involved in this case, a judgement was finally enforced in regards to the civil suit.

As stated by Metro, US District Judge Christopher Conner has granted $106 million in compensatory damages and $100 million in punitive damages to the victims of these inexcusable crimes.

However, it remains unclear whether or not the plaintiffs will actually see any of the money that has been awarded to them. The Guardian has reported that chief counsel of the Philadelphia-based Juvenile Law Centre and a lawyer for the plaintiffs, Marsha Levick, can’t imagine that there is any tangible money out there.

During the final judgement, Judge Connor expressed his anger, stating: “Ciavarella and Conahan abandoned their oath and breached the public trust. Their cruel and despicable actions victimised a vulnerable population of young people, many of whom were suffering from emotional issues and mental health concerns.”

Ciavarella is still currently serving his 28-year prison sentence. Conahan, on the other hand, was sentenced to only 17 years, and since 2020, has been completing this stretch in home confinement—having been released from prison during the COVID-19 pandemic.

While there is still much to be addressed in this case—particularly the financial damages that have yet to be awarded—we hope this final judgement can help to bring a form of closure for all of the victims involved in this serious injustice.