In the US, 10 trans people have been killed since the beginning of 2021 – Screen Shot
Deep Dives Level Up Newsletters Saved Articles Challenges 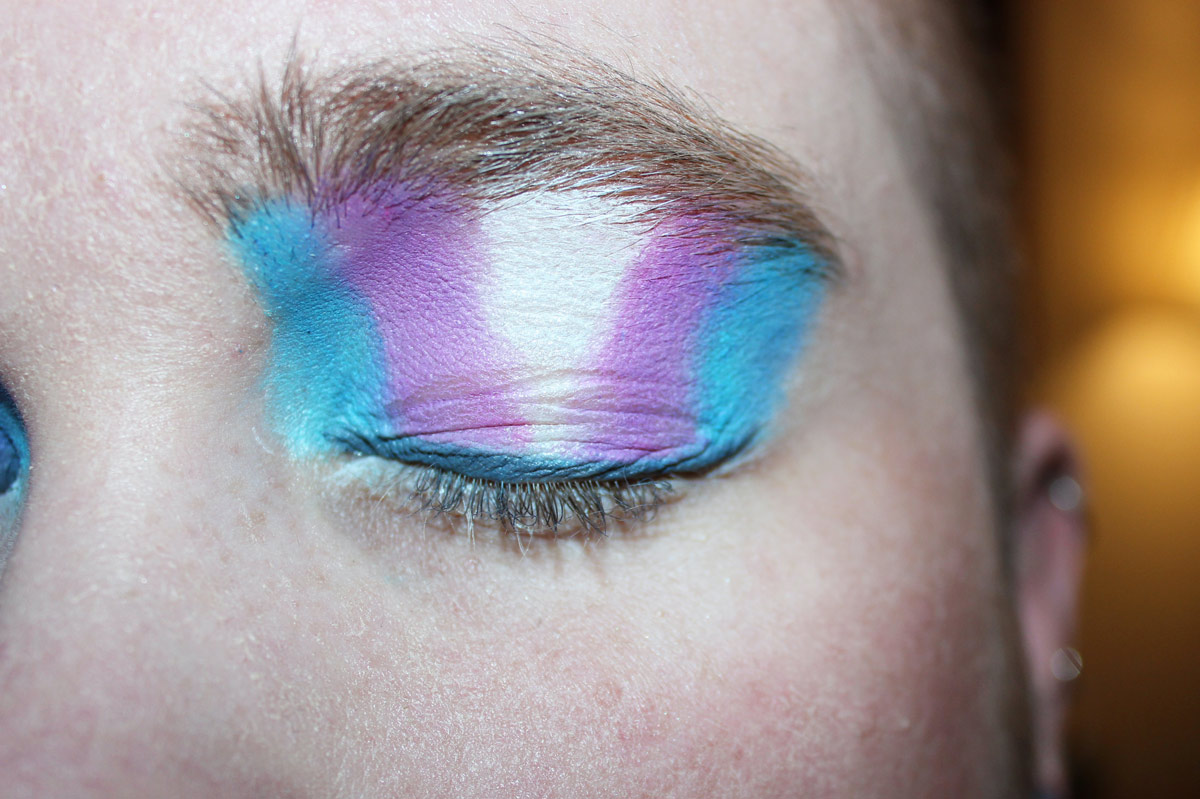 Months after it was noted that the murder of two black trans women barely received any coverage in the midst of the Black Lives Matter movement, it has now been revealed that ten trans people have been killed in the US since the beginning of 2021.

Jenna Franks, a 34-year-old white trans person, was found dead in Jacksonville, North Carolina on 24 February, making her (at least) the tenth trans homicide victim so far this year. While various media outlets had originally reported that Franks was the ninth known victim of anti-trans violence in 2021, Human Rights Campaign (HRC) recently clarified that 22-year-old Jasmine Cannady—who was murdered in February alongside their trans brother, 16-year-old Jeffrey “JJ” Bright—was nonbinary.

That makes the siblings, who were reportedly killed by their own mother, the eighth and ninth victims of fatal anti-trans violence this year, although a motive has yet to be established. Franks was described as a “beautiful soul” and “a breath of fresh air” by those who knew her. “Personally, my thought process was that this has to be something nefarious. Jenna had a lot of street smarts,” shared Dennis Biancuzzo, director of the Onslow County LGBTQ+ Community Center, to WITN.

After news outlets and police faced criticism for allegedly deadnaming and misgendering Franks, her sister Amber Franks claimed in a Facebook post that her late sibling identified as genderfluid and often used different names and pronouns depending on the day.

According to them., Biancuzzo is currently working with the family to establish the Jenna Franks Interim Housing Project in the deceased’s honour. “The project aims to provide transitional housing for up to six adults for up to 18 months, during which they will be assisted in finding permanent housing and employment. The organization hopes to assist individuals with other services like mental health counseling, sexual assault advocacy, and treatment for substance abuse issues.”

As a response, LGBTQ+ advocacy groups from around the US have joined the local community in celebrating Franks’ life. Kendra R. Johnson, executive director of Equality North Carolina, stated that Franks’ death “is another heartbreaking example of the injustices transgender people face all across the South every single day.”

LGBTQ+ people are included in statewide anti-discrimination laws in North Carolina, which fuel “a climate of violence… against the most vulnerable members of our communities,” added Johnson. 27 other states also lack comprehensive protections in statewide civil rights legislation.

Until recently, House Bill 142 prevented local governments from regulating both private employment practices and public accommodations, making expanding anti-discrimination laws in North Carolina impossible. According to them., “that legislation was drafted as an alleged ‘compromise’ on HB 2, the controversial state house bill that banned trans people from using the restroom that most closely corresponds with their gender identity in areas like restaurants and bars.”

However, since HB 142 expired in December 2020, LGBTQ+ activists have been pushing to reestablish civil rights protections in North Carolina. In three months, cities like Carrboro, Chapel Hill, and Hillsborough have already reinstated pro-LGBTQ+ ordinances previously struck down by HB 124.

Of course, more work needs to be done around the country to ensure the safety and protection of vulnerable members of the community. While 2020 saw the largest number of trans homicides on record, the number of lives lost in 2021 is already three times higher than it was at the same point last year.

This should come as a sad yet urgent reminder that the fight against transphobia doesn’t stop at the Black Lives Matter movement, neither should it stop come the beginning of a new year. 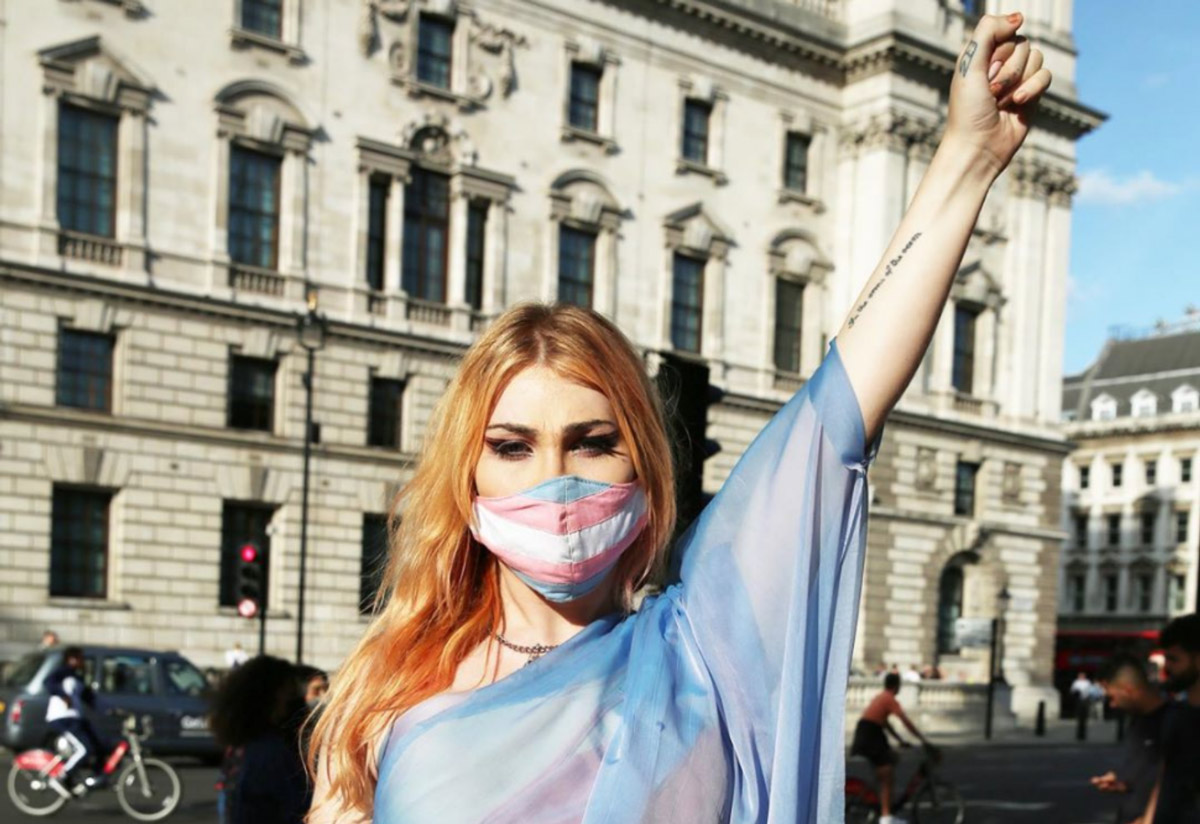 “None of us are the same, and that’s okay—that’s what makes women beautiful and unique, the fact that we are all different.” That’s what Lucia Blayke, founder of London Trans Pride and the brains behind Harpies, the UK’s first LGBTQI+ strip club, first said when speaking to Screen Shot about International Women’s Day 2021.

To celebrate this year’s IWD as well as Women’s History Month, Screen Shot partnered with three inspiring women who, through their community, platform, and online presence have challenged gender inequality each in their own way. Among them is Lucia Blayke, a passionate trans activist and scene figure who’s made a name for herself not only through her impressive projects mentioned above, but also by constantly speaking up about the specific issues the transgender community faces on a daily basis.

When it comes to challenging gender inequality, fighting for transgender rights and against discrimination and violence against trans people regarding housing, employment, public accommodations, education, healthcare—and more—should be at the top of the list. Both should go hand in hand, regardless of what the likes of J.K. Rowling think.

Through her work, Blayke aims to help trans people “feel so much stronger and comfortable in themselves,” by bringing the community together. But, as she explained herself, there is so much more that needs to be done. “To me, challenging gender inequality in 2021 means continuing to hold our government accountable for any transphobic changes to legislature. This includes deciphering the deliberately vague announcements and propaganda in the media, to analyse that and raise awareness on what the government is trying to sweep under the carpet.”

As trans and gender diversity has become a regular topic of public debate (and a favoured target of rightwing attacks), the UK government used the COVID-19 induced chaos as an additional distraction to help hide its transphobic actions. Public figures such as politicians or even high profile newspaper columnists have used the pandemic to further demonise trans people—be that in print or on air.

The first step to start tackling transphobia is to recognise and understand transphobic hate crime. The second is to report such hate crimes. But along with those two necessary actions comes the need for more—the need for real support, for a community.

“My mission as the founder of London Trans Pride is to continue to show trans people everywhere that there is a community out there for them, that there is a place for them and that there are people that will love them and understand their struggles,” shared Blayke, adding that “it’s important now more than ever.”

For International Women’s Day 2021, Blayke’s message to all women, but specifically to trans women, is one of self-love, unity and defiance, “Women come in so many different shapes and sizes, from so many different walks of life. How you know you are a woman comes from your intuition, not from society. It’s our patriarchal society’s messed up views that suppress women and trans people, and our unique power. But we’re still here, and we’re still shining bright. We cannot be erased, and that’s the most beautiful thing in the world.”

Challenging gender inequality in 2021 equals fighting for trans rights every day of the year. It means being courageous enough to speak up about injustice, even when you’re not the main target of it. And it also means taking part in the conversation and getting involved with Blayke’s movement in one way or another in order to promote the same message she does: “To all the trans women out there, keep your heads held high, be proud of who you are. Know that there’s a community out there that loves you and has your back.”