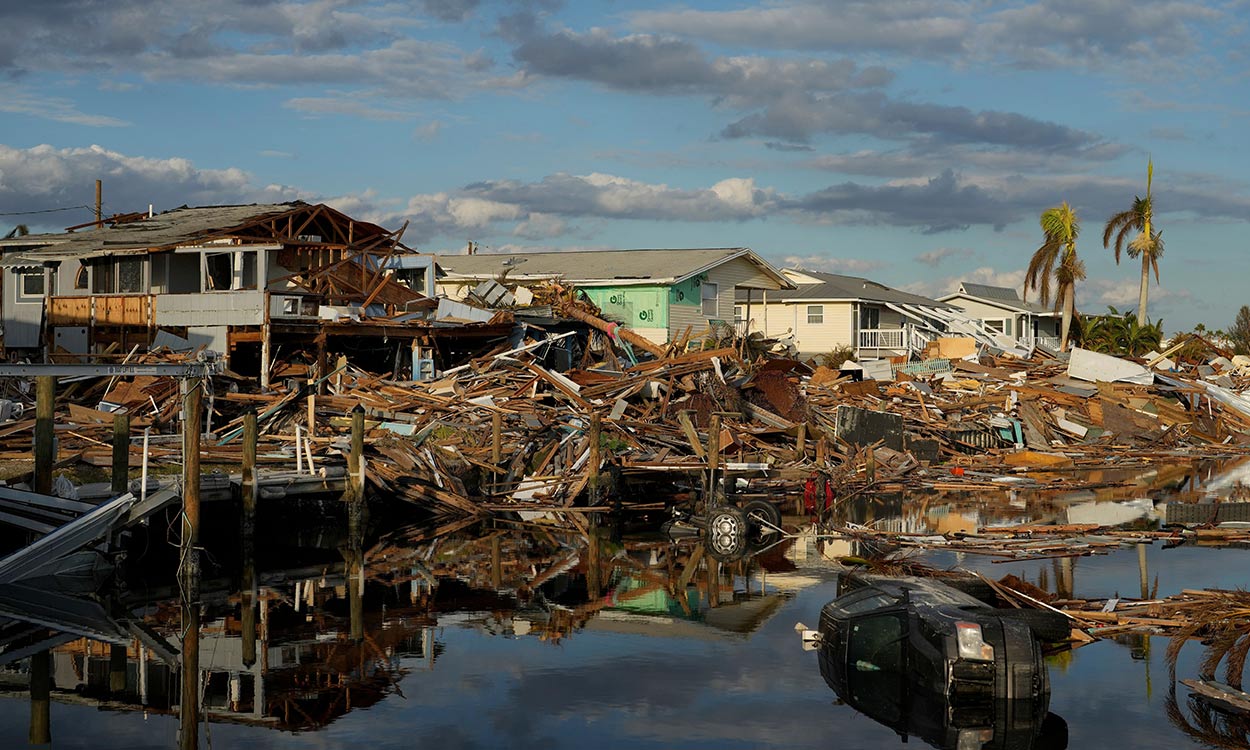 Artificial intelligence (AI) is a space age technology championed for harbouring untapped potential spanning across several industries. To date, AI has helped create digital clones of famous celebrities, analyse health issues, and even resurrect the dead to speak at their own funerals. Now, a relief agency is deploying the tech to identify low-income victims of Hurricane Ian and Hurricane Fiona in order to provide them with emergency cash payments.

New York-based nonprofit organisation GiveDirectly has teamed up with Google.org, the search company’s charitable arm, to identify those most in need of financial support using AI to cross reference aerial images of storm damage with poverty data in Florida and Puerto Rico, as reported by The Independent.

Powered by a mapping tool called Delphi, the software essentially highlights these communities by pulling poverty data from sources such as the Centers for Disease Control and Prevention (CDC). The storm damage data is provided by another Google tool called Skai that uses machine learning to analyse satellite imagery from before and after a disaster and estimate the severity of damage to buildings.

The idea behind the broad move is to go beyond traditional disaster response from aid charities and government organisations, which typically focuses on in-kind donations of clothing and food. “Together with our partners at Google, we’re using aerial storm damage imagery and poverty data to identify the highest-need communities,” a GiveDirectly fundraising page, which has garnered 171 donations worth $3,225,319, states.

“We currently have enough funding from our partners to deliver cash to several thousand families in the hardest-hit regions of Puerto Rico and Florida,” it continued. “With additional donations, we’ll be able to scale our response to reach even more people in need.”

GiveDirectly further stated that it plans to immediately distribute one-time payments of $700 to families impacted by Hurricanes Fiona and Ian. These transfer sizes are designed to cover the cost of common post-disaster recovery items like food, baby formula and diapers, first aid supplies, toiletries, portable generators, gas, and radios. “We are continuing to assess which communities have been hardest hit through a combination of on-the-ground scoping and analysis of poverty and storm data,” the organisation wrote.

Although the full scale of Hurricane Ian’s impact is yet to be realised, there have already been more than 100 reported deaths across Cuba, Florida, North Carolina, and Virginia. The disaster also witnessed the evacuation of over 2.5 million people as it made landfall as a Category 4 storm on 28 September. “Estimates suggest there may be up to $67 billion of damage, with modelling firm RMS claiming that the ‘best-case scenario’ is economic damage of $55 billion,” The Independent went on to note.

Meanwhile, Hurricane Fiona, which made landfall in Puerto Rico on 18 September, displaced more than 12,500 people and left 100,000 residents without power mere weeks later. The economic fallout in this case is expected to reach somewhere between $2-4 billion.

“After most major natural disasters on record, inequality skyrockets,” Alex Diaz, head of crisis response and humanitarian aid at Google, told The Independent. “Those that are most affected by disasters tend to be the most marginalised communities… Imagine a system that integrates census data [and] poverty data, and overlays that with disaster data after a disaster has hit.”

In the past, GiveDirectly has provided emergency relief to low-income families impacted by Hurricane Harvey, Hurricane Maria, and the COVID-19 pandemic. Although the addition of the latest technology undoubtedly aids the nonprofit in the process of providing additional relief to support long-term recovery and rebuilding, experts caution that by automating the system to such a large extent, there’s a risk of losing people who might need help the most.

“Delivering aid through technologies is more efficient. However, what is lost is the human connection that aid workers develop with impacted communities,” Reem Talhouk, a research fellow at Northumbria University’s School of Design and Centre for International Development in the UK, told WIRED. According to Talhouk, cultivating personal relationships with victims can be important in preventing people from missing out on aid or benefits assessments.

Given how the technology works, by delivering push notifications to the smartphones of low-income families and offering $700 cash assistance with no questions asked, the expert also believes that citizens without a phone, the power to charge one, or the right mindset to act on a mere notification, could miss out on the aid.

Another downside of the approach is that an unexpected message offering cash will sound too good to be true. In September, a test by GiveDirectly and Google in the aftermath of Hurricane Fiona sent out push notifications to 700 people. But just under 200 people took up the offer. 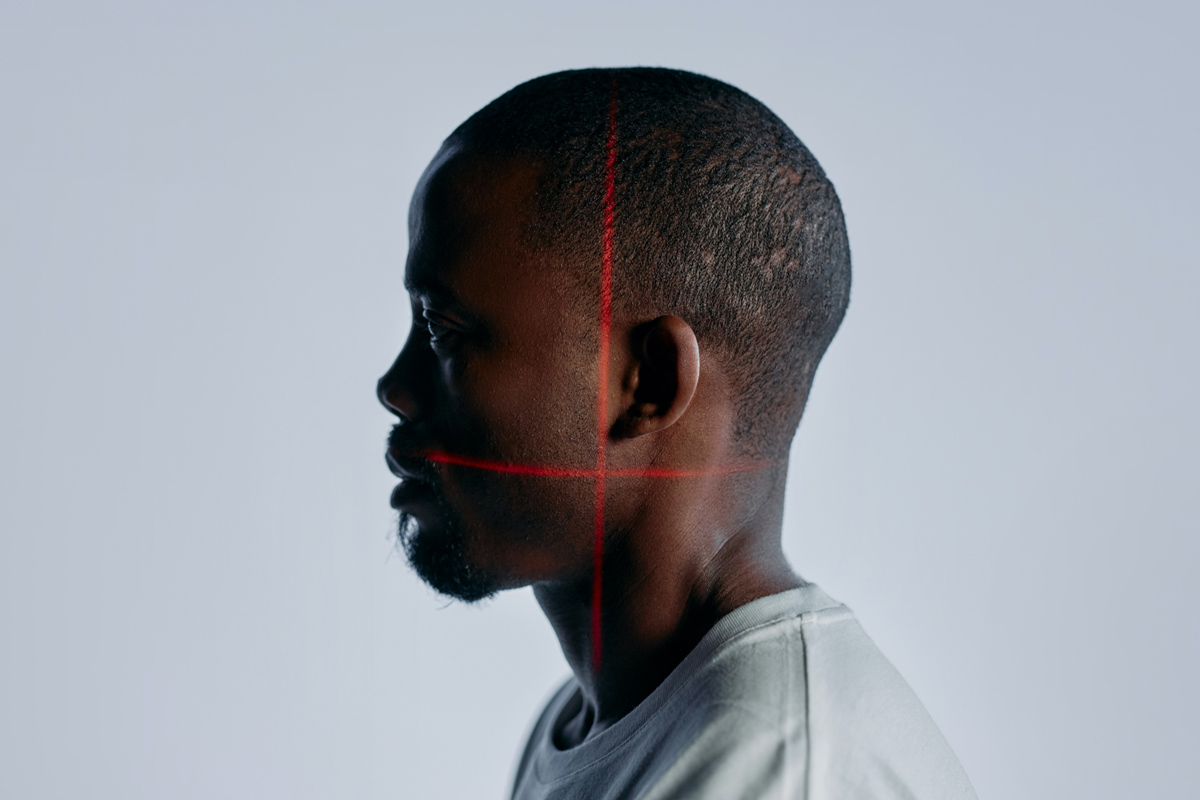 Dementia and its cure has evaded the medical community for decades, with the diagnosis of the disease alone needing several scans and tests. Currently a dementia diagnosis could take multiple weeks or even months to be confirmed—wasting valuable time for the lives of people living with the condition. Now there seems to be a new breakthrough: Artificial Intelligence (AI). With all the genuine concerns about the power of AI—from deepfakes to scary robots—here we are, finally at a positive standstill. With a single brain scan, AI could diagnose dementia and more. So, how does it work?

The AI system developed by UK scientists—which is being trialled at Addenbrooke’s Hospital and other memory clinics across the country—will compare the brain scans of concerned individuals with scans of existing dementia patients along with any relevant medical records. Not only can the AI system diagnose or predict dementia in people (with this cross-referencing), but it can also determine the severity of the condition. The technology will be able to measure whether the patient will remain stable for years to come, or in more serious cases, require immediate treatment.

The BBC, who initially reported the story, showcased the scientists behind the AI technology. Cambridge University’s Professor Zoe Kourtzi—a fellow for The Alan Turing Institute (a national centre for AI and data science)—developed the AI dementia system, told BBC News, “If we intervene early, the treatments can kick in early and slow down the progression of the disease and at the same time avoid more damage. And it’s likely that symptoms occur much later in life or may never occur.”

You may be wondering why the doctors don’t look for those patterns themselves. Well, the sophisticated algorithm backing Kourtzi’s AI system, from a single brain scan, can identify dementia patterns across thousands of scans and medical records that even medical professionals and neurologists cannot see. The AI system’s advancement has been proven in preclinical tests to be a tool that is able to diagnose dementia even before any symptoms are exhibited. In simpler terms, it can detect whether you have it before you do. This could revolutionise dementia treatment. Doctor Tim Rittman, a consultant neurologist, is leading the study trials (alongside the team of neurologists from Cambridge) across the country that would put this technology into practice.

Rittman told the BBC that this AI technology is a “fantastic development” in the fight against dementia, “When I am delivering this information to a patient, anything I can do to be more confident about the diagnosis, to give them more information about the progression of the disease to help them plan their lives is a great thing to be able to do.” The trial’s aim is to identify whether this AI system will work in a clinical setting—with 500 patients expected to participate in the first year. Their subsequent results will then be forwarded to their doctors, who can then advise on the next course of action.

And while that’s underway, it is also important to engage in preventative care to keep your brain healthy. So put on your healthy thinking caps and brace yourselves for more innovative AI solutions in healthcare to follow. Now we’re looking at you, pulse oximeters.