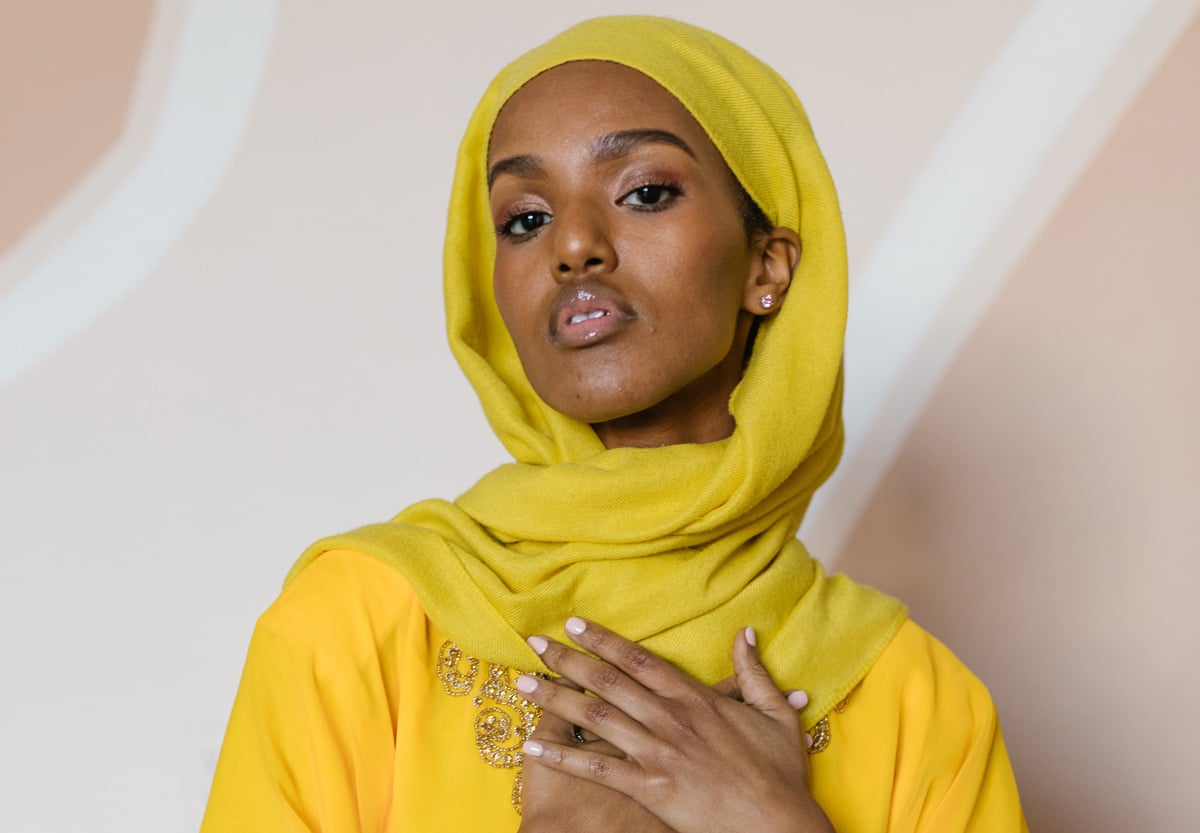 Once upon a time, not so long ago, four minds came together and curated a meditation app rooted in Islamic teachings. Jubair Khan, Shohid Islam, Imtiaz Chowdhury and Salma Khan were all on their own mental health journey when they realised there wasn’t a specific app to help other Muslims, young or old, with their mental health so they built Halaqah.

The ‘Halaqah’ app—which derives its terminology from Islam, meaning ‘a gathering formed to speak about the study of the Quran and Islam’—plans to not only destigmatise mental health issues across Muslim communities around the world but pass on the peace founded in Islamic guidance. To learn more about how Muslims can use the Islamic mediation app to benefit them, especially during Ramadan, Screen Shot sat down with Halaqah’s co-founder Jubair Khan—also known as the soothing male voice on the app.

What was the inspiration behind creating Halaqah?

Our inspiration to create the app came from trying to overcome some of the mental health issues we were facing ourselves. One of our co-founders had begun to experience anxiety after a trip overseas visiting refugee camps and so he looked to meditation as a form of therapy. Around that time, he also joined an Islamic circle where they did dhikr [the meditative repetition of oral prayers] and that’s when he had the light bulb moment to combine meditation with Islamic teachings via technology.

Where is the link between spiritual mediation and Islam?

Islam is a spiritual religion and there are countless examples of how Muslims incorporate meditation every day, without perhaps knowing or labelling it as ‘meditation’.

Though my day job as a filmmaker usually involves going overseas for documentary work for NGOs, I’ve personally studied meditation since 2015. From Vipassana meditation (the observation of the breath and sensations in the body) and similar secular methods found on Headspace to the Transcendental meditation movement.

Transcendental meditation, for example, is the one where you repeat a mantra and it’s really similar to the way Muslims do dhikr [repeating Allah’s names over and over]. The one meditation method which is really powerful and overlaps with Islam is called Maitrī or Loving Kindness meditation. It’s about wishing well for others and the similarity becomes really obvious if you ever make dua [pray] for someone. I’m learning more about Maitrī now so that I can try and add more courses to the app.

Halaqah reminds me of a Muslim version of Headspace—with the different sections on sleep, grief, anxiety as well as the look and feel and animations. What’s the difference between this app versus all of the other meditative apps?

What sets Halaqah apart is firstly our app being rooted in Islamic Sufi [Sufism is a form of Islamic mysticism that emphasises introspection and spiritual closeness with God] traditions but in a subtle and accessible way. That’s over a thousand years of teachings and wisdom going all the way back to the Prophet Mohammed, but clothed in clean, friendly colours and easy-to-use technology (we hope so at least).

Secondly, is our focus on the user’s journey. We’ve endeavoured to make something that stays by our users’ side with regular notifications, visual reminders and progress tracking to keep them going no matter where they are in life.

In your prior research for creating Halaqah, what did you discover about Muslims and how we’re treating our stress and anxieties?

In our research and personal experience, we found that many Muslims, especially our elders, don’t consider depression or anxiety a ‘real thing’. It’s sad and even though many of them suffer from some form of mental health problem, they make it worse by pretending it doesn’t exist or feel like they have to hide it.

Things are changing now, with organisations like Inspirited Minds, our community is learning about ways to break down these stigmas and also that our religious heritage has a rich tradition in treating these issues.

As you mentioned, mental health is still a stigma across various Muslim communities, how do you plan on tackling this by way of example through the app?

In terms of tackling mental health stigmas, the journey will be difficult but our strategy has been to utilise familiar language and slowly add concepts to help people adjust to the ideas we’re trying to teach them. [For example, the different techniques to combat specific anxieties on the app].

It will take time, but we’ll get there. And if people enjoy the process and see benefits in it, they’ll share it with their friends and family. People share things out of love for one another and that love is the best weapon in tackling mental health stigmas.

Sometimes I find that Muslims growing up now are not raised with the mysticism around Islam as say our grandfathers were. Do you find this to be true and if so, was this ever a point of focus behind building Halaqah?

You actually have touched on one of the other reasons we all came together to create the app. Our religion teaches us about angels, about miracles and about teachings that are grounded in mysticism but many of us now seem to shy away from those aspects. We’ve tried to subtly reintroduce the basic teachings from that tradition and wrap it in a language that’s familiar. We really hope that slowly our community can reconnect with that really wonderful aspect of Islam.

Do you have any personal favourite ways to use the app?

One of my favourite ways to use the Halaqah app is to listen to the dhikr while on a walk. One of our co-founders also uses it in emergency stress situations when they need a breather, as it helps them to take a moment to calm down.

How can the Muslim community use Halaqah during Ramadan to benefit them?

For Ramadan, the app is ideal for helping people become more present so that they can experience the fullness of Ramadan. This month is about more than just avoiding food and drink, it’s about being more mindful of our thoughts and actions and that’s where Halaqah can really help. We have sections on anger, envy, death to gratitude, courage, focus, health and so much more.

What’s next for Halaqah?

We’re already overwhelmed by the messages of support from our users. That’s why we started Halaqah, to try and help people. Going forward, we’d love to add more courses onto the app and also eventually expand into other languages. In other parts of the Muslim world, mental health is still a new and unfamiliar concept, so we have some work to do in order to help our international brothers and sisters. 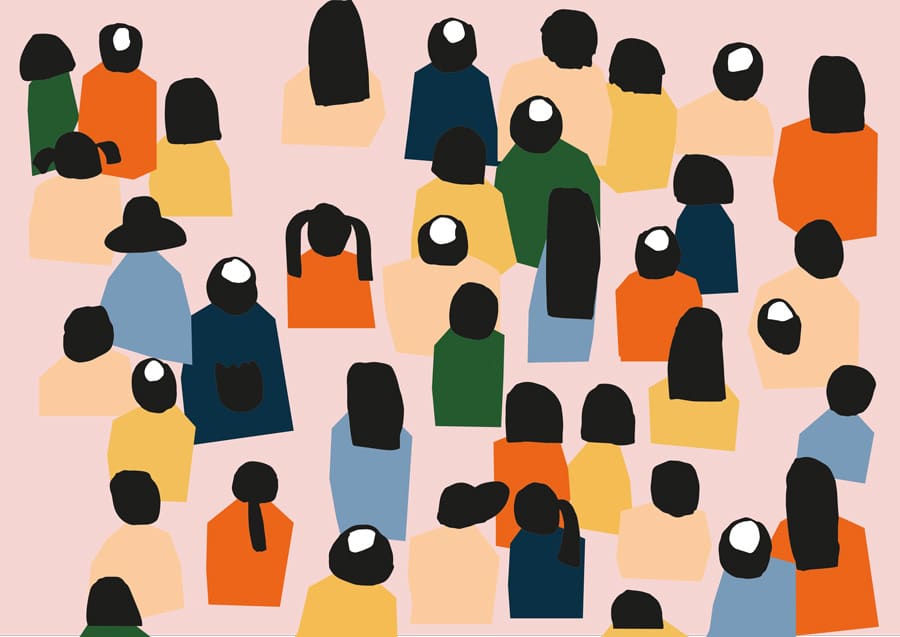 The many ways of being Muslim during Ramadan

For 30 days, 1.6 billion Muslims around the world take part in trying to unlearn any Earthly bad habits and essentially look beyond themselves. It’s way more than not eating food and trying to curb your ‘hangry’. It’s an act of being consciously grateful, giving as much as you can, especially to those who are not as fortunate as you.

It’s also the time when many Muslims rekindle with their faith. They may pick up the Quran again, they may start praying traditional salaat and even go to the mosque for nightly Taraweeh prayer. Every once in a while, when my thumb slips on the App Store and I download Instagram again, my timeline, the rest of my social media, and even within the discussions I’m having across various circles—we’re are all talking about Ramadan—the array of personal feelings people have around faith bubble up to the surface once again.

With the rise of Islamaphobia in response to terrorism,  a recent example being the racist and xenophobic Christ Church attacks in New Zealand, I’ve seen a noticeable amount of Muslims across generations from millennials to gen X, Y and Z take a stand—and be proud—to do Ramadan this year. I’ve also read the other side of the story.

Though a common sentence I hear from other Muslims, practising or not, is that the air feels different in Ramadan (which I completely agree with), those are not the only narratives we as Muslims should be considering. Journalist and debut author of The Greater Freedom: Life As a Middle Eastern Woman Outside the Stereotypes Alya Mooro, shared an Instagram story on the first day of Ramadan, celebrating the holiday with the words “Ramadan Kareem everyone!”. But it was her second story that hit home. “To everyone celebrating Ramadan (or not), #freedomfrom and #freedomof”.

The term ‘cultural Muslim’ is a phrase that is more common in my vernacular than it was in my parent’s generation. The label varies from person to person but it describes those who aren’t religious yet still respect the teachings Islam has to offer to those who have left the religion (and may or may not have come out to their parents about it). Ramadan is a time to reflect; it can also be difficult for those who are grappling with their different personal beliefs. For many who are ex-Muslims or aren’t simply as religious anymore, 30 holy days can bring a whole month of ‘Muslim guilt’.

For people like Fabliha Anbar, a queer Muslim womxn of colour, navigating communities that you are a part of, and that have also shunned you, makes Ramadan complicated. In a recent Instagram post, Anbar spoke openly about what it’s like for your personal connection to Allah to be policed and how this can then complicate what should be a celebratory month of practice and prayer.

These stories may seem like outliers, and some people may argue that Ramadan is about God and those who don’t have as much as us, but grappling with faith is something we all go through regardless of the outcome.

In conversations such as these—ones that can easily be disregarded as being ‘sinful’, narcissistic and even unholy—we need to unlearn and remember that fasting is also a cleanse from what you think you know while taking a step back to evaluate what’s missing, and what you need to pour into yourself and others. If this is a month about looking beyond yourself, that also means recognising other people’s pain through your own biased lens and frankly, humbling yourself.

For people to be ostracised and then generalised into the ‘bad’ category only because their connection to God doesn’t seem strong is an issue for our Muslim communities. To judge and act as though our way is the only way, especially towards young women in a time where patience, forgiveness, mercy but mainly, empathy is the foundation of this month is truly what is contradictory. Ramadan is a reminder of coming home to yourself, it shouldn’t be four weeks of having to explain your existence. Just like there isn’t one way to look Muslim, there isn’t one way to believe in Allah or anything you may feel is divine, regardless if you’re a part of this month or not.