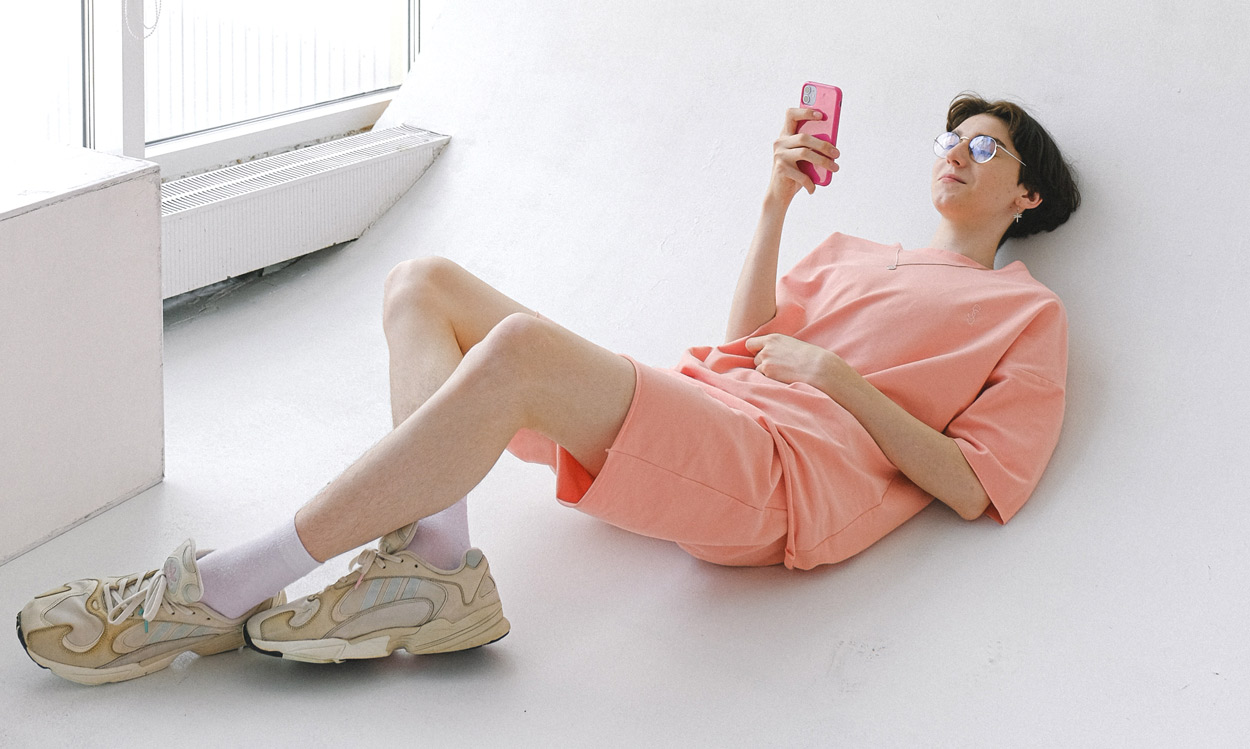 You can now earn $50 an hour by binge-watching TikTok

Let’s be honest here. Despite the plethora of toxic productivity schedules preached by TikTok, most of our post-work ‘5 to 9’ hours are synonymous with bottomless binges on the video-sharing app. Be it eye-rolling and scrolling through questionable trends like vabbing or falling for NFT scams in the name of side hustles, TikTok always ends up taking the cake on our weekly screen time report.

But what if you could actually earn some hard cash from your mindless scrolling sessions on the app? If “professional TikTok watcher” has always been on your list of dream jobs, meet Ubiquitous: an influencer marketing company looking to pay $50 an hour for someone to binge-watch TikTok videos for a sum total of 12 hours—earning a whopping $600 at the end of the feat. No cap.

With three days to scroll to your heart’s content, the perfect candidate Ubiquitous is looking for should not only be a TikTok lover, but also someone who has an active social media presence. “We want you to share the best TikTok videos you encounter on your binge across your other social media profiles like Instagram, Twitter or Facebook, while tagging Ubiquitous,” the company wrote on its website.

Once your binge marathon is complete, Ubiquitous will ask you to rank your top ten favourite videos in exchange for $600, a $50 Uber Eats gift card, a $50 Target gift card, a cell phone holder, and a 12-inch ring light and tripod.

“Absolutely anyone can apply as long as they have an account on the app,” Senior Director of growth Jeremy Boudinet told the New York Post. “We’re just looking for someone who uses the app fairly frequently and has an active social media presence of their own.”

Have you got what it takes to be a professional TikTok watcher? All you need to do is fill out the application form on Ubiquitous’ website with 100-200 words making your case. Include the reasons why you love TikTok and why you feel like you’d be the perfect person for the job. If you win the prized position, the company will then send you basic guidelines to get started. But when it comes to selecting your favourite videos to share, you’ll ultimately have the power to pick from the arsenal.

There is no entry fee and the closing date for applications is 31 October 2022. Only one winner will be selected from the pool of eligible entries and notified by email within seven days of the closing date. So what are you waiting for? Given the fact that binge-watching has proven to have actual health benefits, I urge you to run, not hot girl walk to secure the bag. 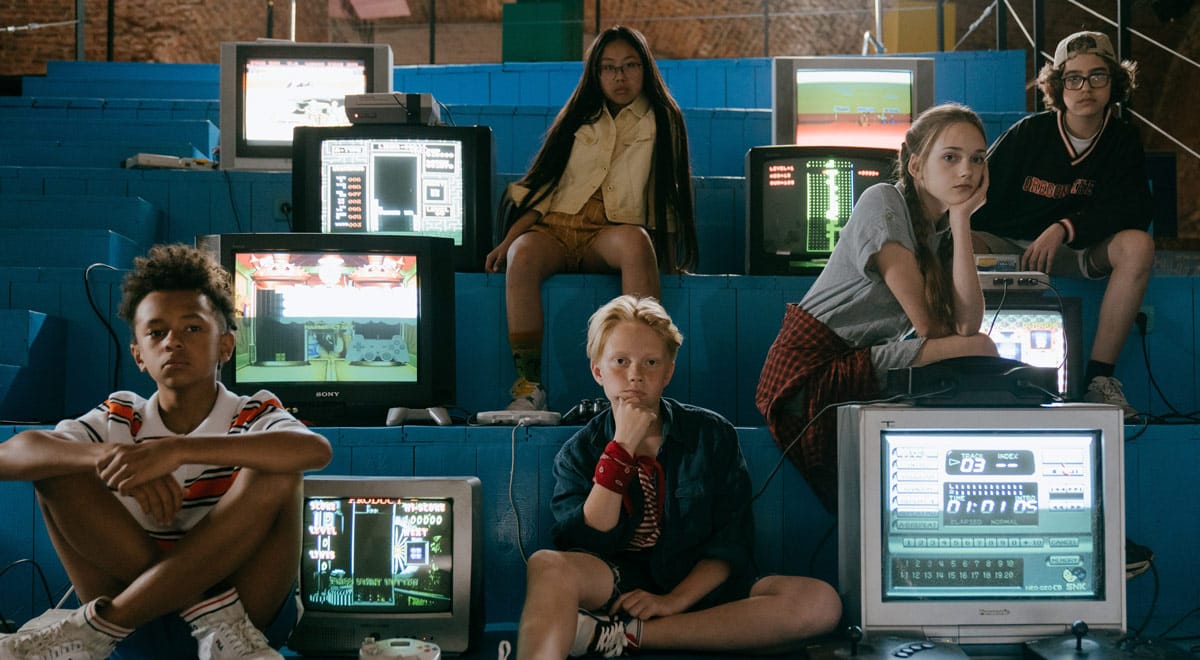 Chinese teenagers can now use Douyin, China’s TikTok, for only 40 minutes a day

Play time’s over for China’s youth as the country increasingly cracks down on culture and business following President Xi Jinping’s call for a “national rejuvenation.” Joining a three-hour ban on “electronic drugs” (popularly known as video games), is yet another limitation on how the demographic spends their free time.

TikTok on the clock

On 18 September, ByteDance, the parent company of Chinese video-sharing app TikTok—known as Douyin—imposed a daily usage limit for those under the age of 14. The new measures not only restrict them to a maximum of 40 minutes spent on the app per day but bans them from accessing it between 10 p.m to 6 a.m.

Called Xiao Qu Xing, which translates to ‘Little Fun Star’, these restrictions are implemented with a built-in feature called ‘teenage mode’. “If you are a real-name registered user under 14 years old, you will automatically find yourself in ‘teenage mode’ upon opening Douyin,” the company wrote on its corporate blog. Apart from the daily usage limits, the mode offers a personalised feed of short video-based educational content including “interesting popular science experiments, exhibitions in museums and galleries, beautiful scenery across the country, explanations of historical knowledge, and so on.” While young users are allowed to ‘like’ these clips, they are banned from sharing them with others or even uploading their own.

The autonomy to adjust the time limit further (from a maximum of 40 minutes) is under parental control. The company also encourages them to help their children complete the ‘real-name’ authentication process—which requests their name, phone number and an official ID—and activate the mode when prompted by the app.

China and the curious case of ‘teenage modes’

In June 2021, the Chinese government added a chapter on “internet protection” to its newly-revised Minor Protection Law, which stated how “providers of online games, livestreams, audio and visual content and social media should implement time management tools, feature restrictions and purchase restrictions for underage users.” Presently, with the government seeking to implement rules on the algorithms tech companies use to recommend videos and other content, top officials and state media are aiming to reduce the amount of time Chinese teenagers spend online in the first place.

Douyin’s teenage mode not only keeps the company in line with this vision but also seeks to add this layer of ‘internet protection’ with its real-name authentication feature. However, according to a commentary in the People’s Daily—the mouthpiece of the ruling Chinese Communist Party (CCP)—such modes deployed by Chinese internet platforms “to protect teenagers from gaming addiction and inappropriate short videos,” do not go far enough, signalling that tech giants will likely have to do even more to safeguard minors and appease regulators.

“While the youth modes have apparently accumulated a significant number of users, many problems still persist—with some youth modes being criticised by parents as ‘existing in name only’,” the state newspaper mentioned, adding how it can be easily bypassed with simple workarounds.

The article, as noted by South China Morning Post, cited the case of a father in Guangxi who said, “I don’t know how my son came to know the password that I’ve set and he flat-out disabled the youth mode in these mobile games. He even said that some classmates of his have bought hack tips from the internet to bypass the ‘youth mode’.”

While Tencent started leveraging facial recognition to limit the amount of time minors could spend playing games, the technology is far from being the ideal alternative here—given how children have previously cheated the system to set up their own OnlyFans using documents of their older relatives. With Kuaishou (another video-sharing app and Douyin’s major competitor in China) also featuring a teenage mode which is non-mandatory, concerns have been triggered over the possibility of such rules being adopted by companies globally to maintain their share in China.