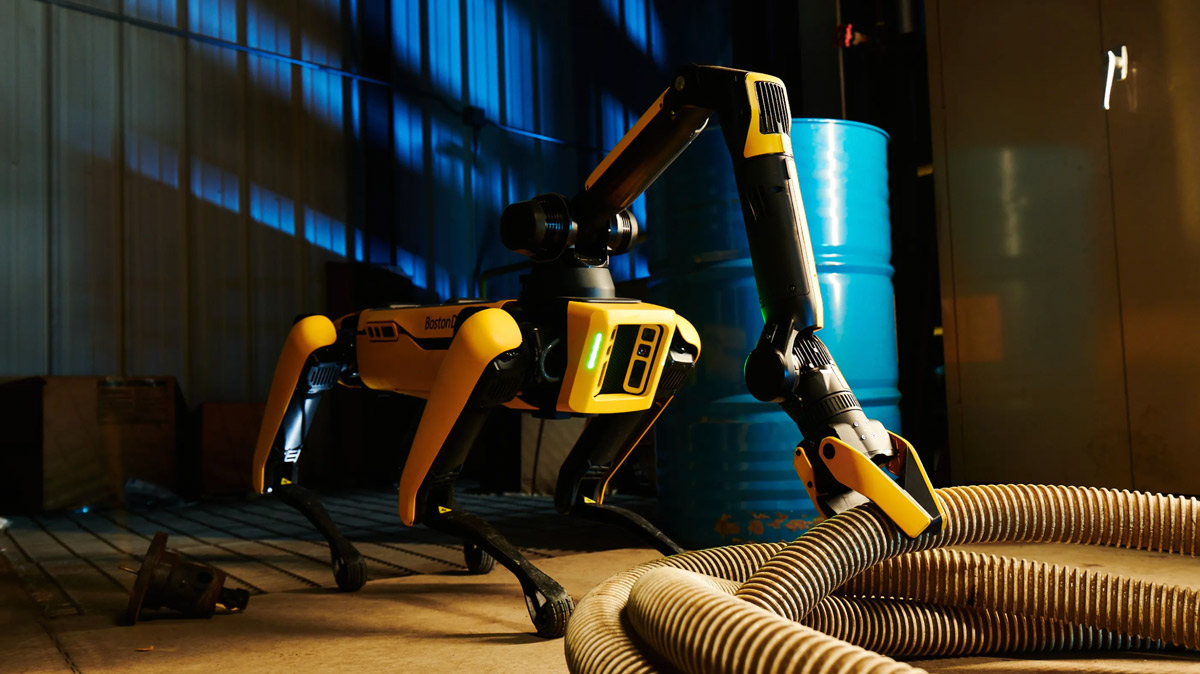 The year is 2010. I’m twelve years old and venturing down the all too familiar YouTube suggested videos rabbit hole. Among the Smosh, Nyan Cat and generally now crusty memes, I vividly remember discovering a video of a four-legged robot. The robot was freakishly dog-like, repeatedly climbing stairs, being kicked over and self-righting in a strangely life-like, authentic fashion. Even then, with my prepubescent brain, I remember thinking “woah, the future looks kind of… scary.”

Of course, at that age, my vocabulary didn’t stretch as far as ‘dystopian’ but that’s exactly how I would have described it today. Fast forward a decade and the future has arrived. The four-legged, K9-esque contraption has hit the streets of the US. In the capital city of Hawaii, Honolulu, to be exact. The robo-dog is called Spot—that’s pretty much where its lovability ends.

In the midst of the early stages of the COVID-19 pandemic, while the world was locking down and preparing for the storm of the virus to reach their shores, the federal government of the US passed the Coronavirus Aid, Relief, and Economic Security (CARES) Act, freeing up billions of dollars for states and local governments to provide aid for people in need.

California implemented a more generous paid sick leave programme. Massachusetts implemented a pandemic unemployment assistance scheme. The Honolulu Police Department (HPD), on the other hand, had different plans. The department, which polices the city which ranks the highest in the US in per capita homelessness, decided to splash out on a $150,000 giant robot dog to monitor the homeless population.

Now, I have to give the HPD some credit, they’re not the only US police department to spend tax dollars on Boston Dynamic’s unsettling robo-dog. In the same year, NYPD proudly unveiled its own $94,000 dog bot to patrol the streets of New York City. The scheme was short-lived—after receiving a unilateral “fuck this shit” response from New Yorkers, the contract was terminated barely two months later. I guess robot dogs aren’t a man’s best friend after all.

The HPD made other purchases to supposedly help the population and keep the peace during the COVID-19 pandemic: dropping more than $27,000 on a drone; $50,000 on all-terrain vehicles (ATVs) and a whopping $4.1 million on trucks, according to Honolulu Civil Beat. However, the implementation of Spot used to “take body temperatures, disinfect, and patrol the city’s homeless quarantine encampment” during the pandemic, understandably turned the most heads.

The significant investment of $150,045 on Spot was justified by the department who argued that they wouldn’t have to pay officers additional overtime to administer temperature and wellness checks to the city’s homeless population. The robo-dog supposedly limits direct exposure to coronavirus infections and could monitor the temperature of inhabitants in the encampment to determine whether they were displaying signs of fever. Essentially, Spot is the world’s most expensive thermometer on four legs.

Money spent on toys which could’ve been spent elsewhere

The argument of whether Spot was a worthwhile investment, saving money on overtime pay, is flimsy at best. Luckily, to save us all from a completely dystopian reality, Spot isn’t fully autonomous and seems to require an officer to operate the machine while on the clock. Good to know we won’t be seeing a robot dog revolution any time soon.

Boston Dynamics, the master-mind company behind the robo-dog machine, told VICE in a statement: “Spot was under the control of a human operator and used to remove humans from potentially hazardous environments.” The company also stated that the robot “is not designed or intended to replace a police officer or social worker, but rather to augment the work of public safety officials and police departments.”

The sad matter of fact is that, although the dystopian robot dog patrolling the streets wasn’t intended for ill purpose, the injustice comes when you consider where the money could’ve been spent instead. Honolulu Police received a sizable $40 million package through the CARES Act and, according to Mic, spent a “good chunk of it on toys.” The Household Relief Fund, set up to help people teetering on the edge of homelessness with support of rent and utility payments, got almost half of that money—just $25 million.

Homeless individuals are one of the most vulnerable populations in society, with a significantly higher mortality rate than the general population. This has only been exacerbated by the pandemic. Homeless people were twice as likely to be hospitalised; two to three times more likely to require critical care; and up to three times more likely to die than others during COVID-19, according to figures shared by the National Alliance to End Homelessness.

Couple these statistics with the fact that Honolulu appeared to not take advantage of other federal programmes, such as the Federal Management Agency programme, which would’ve helped keep unhoused people safe during the pandemic and you get the stark unjust picture. Luckily, I don’t think we’ll be seeing these freakish robot dogs popping up in a city near you anytime soon, and if they’re used in good faith, it’s important to consider whether money could be spent better elsewhere beforehand. 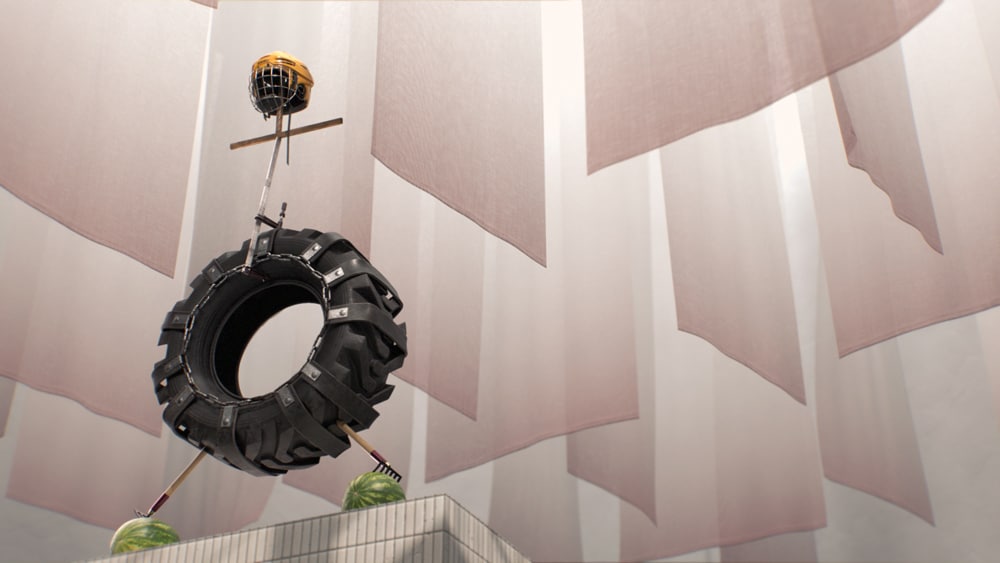 In the last few years, advancements in technologies have opened up promising new ways for humans to utilise robots. And although many people still fear AI and robotics by only perceiving them as what will replace humans altogether and take our jobs, a few have already realised their potential in helping the sector of personalised care.

That’s what the American computer scientist, roboticist and founder of the Interaction Lab Maja J. Matarić and her team at the University of Southern California (USC) are working towards—implementing robots in the lives of kids with autism in order to teach them social skills and help them develop.

Why children with autism? Worldwide, according to the World Health Organization (WHO), one in 160 children has an autism spectrum disorder (ASD). And while some people with ASD can live independently, others have severe disabilities and require life-long care and support.

This kind of care and support requires a lot of human-based interventions, ones that are both expensive and time-intensive. Behavioural treatment and parenting skills training programmes can reduce difficulties in communication and social behaviour, thus resulting in a positive impact on the well-being of someone with ASD. And yet, globally, access to these services and support remains inadequate. That’s where Kiwi the robot comes in.

Kiwi consists of a machine-learning model that interacts with autistic children and uses data such as dialogue and eye contact to predict whether they are engaged in a given training activity. If Kiwi understands that they’re not engaged anymore, the robot can then react and re-direct children to hold their attention on therapeutic exercises for longer. During testing, the prototype reached a 90 per cent accuracy in predicting the child’s engagement.

The study was based on the information collected after leaving Kiwi with the children for a month in their homes. The kids participating in the study regularly played space-themed math games on Kiwi’s attached tablet. The robot would then give expressive personalised feedback through a reinforcement-learning algorithm.

The game’s main purpose was to teach the kids fundamental social skills through their interactions with the robot, such as turn-taking and eye contact. With every intervention, a behavioural therapist evaluated the child’s social skills before and after in order to validate the approach for improving them.

Screen Shot spoke to Matarić about her team’s study, what assistive robots can really be useful for and how she devoted most of her career to researching their ability to help people. “We don’t yet have robots on the consumer market, at least not any robots that are truly useful, except perhaps robot vacuum cleaners like the Roomba. I hope that soon we will see actually useful robots such as robot tutors for children and robot companions for the elderly,” she explained.

In Matarić’s mind, once people actually start seeing useful robots on the consumer market, then they will be better informed about what those robots can do and will therefore know what to think of them. Until then, people will remain wary of them.

Could that be what the future holds for Kiwi? Matarić certainly hopes so. “We have developed and tested robots that helped stroke patients, healthy elderly, Alzheimer’s patients, children receiving IV injections, and of course children with autism,” she said, “so we, and others in our growing field, have demonstrated that socially assistive robots have great potential across the age and ability spectrum.”

But unlike what most people who are scared of these technologies and the endless possibilities they offer us tend to think, robots will not replace humans. Human care should not be deleted completely, but for some certain conditions such as autism, the amount of needed care greatly outstrips the time and resources many families have at their disposal. “Similarly, patients with Alzheimer’s disease often need around-the-clock care that is not affordable. These are just two examples where technology can serve to fill the gaps where human care is not available, accessible, or affordable,” explained Matarić.

It looks like we are slowly but surely accepting the presence that robots will soon hold in our lives. In Wuhan, China, a hospital ward run entirely by robots has just opened—a piece of news that we were all happy to welcome as we’re struggling to handle the impact that the coronavirus is having on so many countries. Progress in robotics is being made worldwide, each day.

Regulations and carefulness will be essential for everything to go smoothly, but the hope that such robots will become an affordable companion for children with autism is enough to get me excited about the near future.