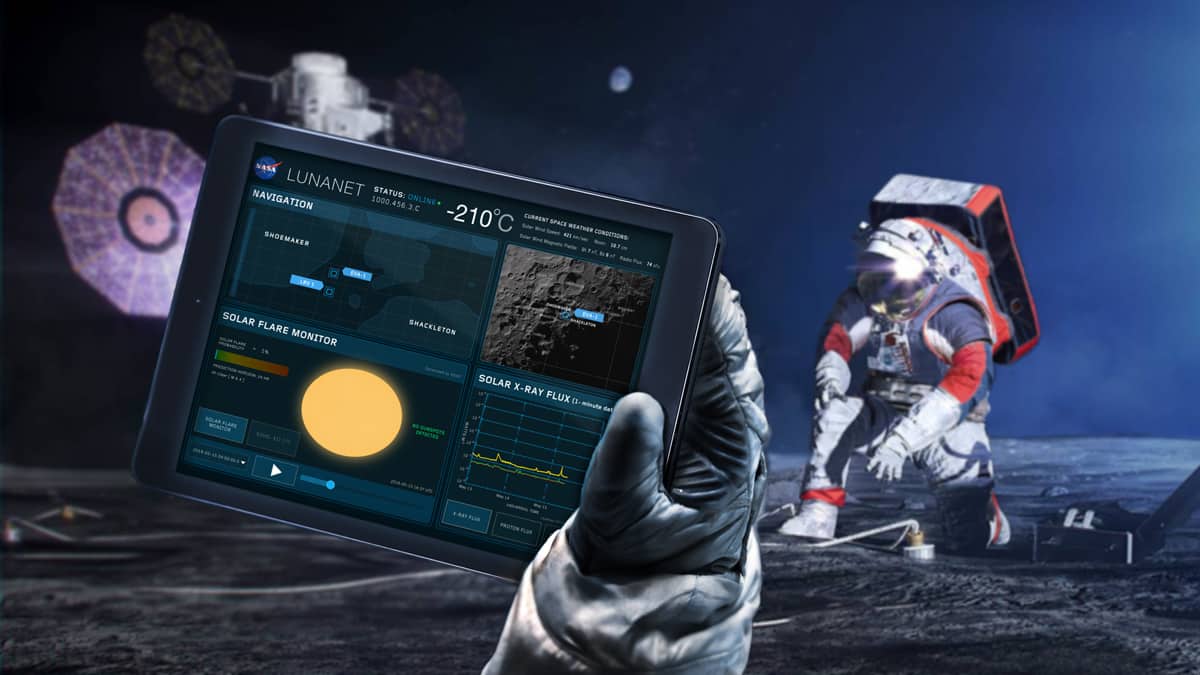 The Moon will soon have its own internet

In December 2017, former President Donald J. Trump signed a Space Policy Directive urging the National Aeronautics and Space Administration (NASA) to send astronauts back to the Moon with commercial and international partners. Two years later, the president challenged the administration again, this time to send the first woman and next man to our natural satellite within the next five years.

In September 2020, NASA went public with the Artemis programme, promising a new era of lunar explorations. With Artemis 1 currently scheduled for launch in November 2021, the following missions seek to land the first woman and first person of colour on the Moon’s South Pole by 2024—using innovative technologies to explore more of the lunar surface than ever before. But once these astronauts set foot on the lunar terrain, they will require an internet-like architecture to support robust networking, navigation, detection and radio/optical science services in space. That’s where LunaNet comes in.

Developed by NASA’s Space Communications and Navigation (SCaN) programme, LunaNet is the first step in creating a ‘lunar internet’ that would help keep explorers connected to Earth. When it comes to space-based missions, communication with our planet is typically reliant on pre-scheduled links with either a space relay or a ground-based antenna. Given this coveted growth of lunar activity, however, relying on such links could limit communications opportunities and efficiency. This latest approach could thereby offer a network where users can maintain connections while eliminating the need to schedule data transference in advance.

LunaNet gets this job done by hinging on the concept of Delay/Disruption Tolerant Networking (DTN). Similar to the use of WiFi and mobile networks on Earth, users will be able to access the network through multiple nodes connected with others on and around the Moon. The framework ensures data flows seamlessly through the network and reaches its final destination despite potential signal disruptions. In the event of a disruption, however, DTN enables the nodes to store data until the path becomes clear. LunaNet will additionally allow industry, academia and international partners to operate and access the network no matter where they are situated.

In terms of lunar navigation, the LunaNet approach offers operational independence from data processing on Earth while maintaining high precision. Missions using the network will have access to location and timing signals—enabling astronauts and rovers to traverse the rocky surface and find their way back to base. “LunaNet will provide a new paradigm for Earth-independent navigation, assuring crewed and robotic missions can quickly and accurately determine their locations and feed that forward to their planning systems,” said Cheryl Gramling, Associate Chief for Technology of the Mission Engineering and Systems Analysis Division, in a press release.

On the Moon, it is also essential for astronauts to know when to prepare for an incoming hazard, such as a solar storm. LunaNet’s detection and information service thereby promises to provide such alerts and critical information to users—similar to the ones we get on our smartphones for hazardous weather. Using enhanced instruments and networking capabilities, astronauts, rovers and orbiters can be forewarned about incoming storms that bring increased radiation to the Moon. Coupled with the navigation aids mentioned earlier, these assets can further seek shelter from the same.

The services will also include a lunar search and rescue capability (dubbed LunaSAR) that leverages the expertise of NASA’s Search and Rescue (SAR) office, which has long developed technologies for terrestrial search and rescue.

Lastly, LunaNet’s science service will bestow nodes with the ability to perform measurements for the benefit of researchers back on Earth, using their radio and infrared optical communications links. The network of nodes would, therefore, not only foster baseline observations of the Moon but also allow for investigative science which will lead to new discoveries and deeper knowledge of our closest planetary neighbour. Using LunaNet signals, NASA can additionally learn more about communicating in space and plan for future voyages.

It has been 49 years since humanity last walked on the Moon. With NASA’s current aim of establishing a sustainable and long-term presence on the lunar surface by 2028, LunaNet offers an exciting opportunity for the space administration and the science and exploration community at large. As Dave Israel, communications architect at Goddard summed up in the press release, “We’re currently refining a cutting-edge approach that will meet the needs of lunar missions for many decades to come”—thereby preparing for the day we move even further into the solar system. 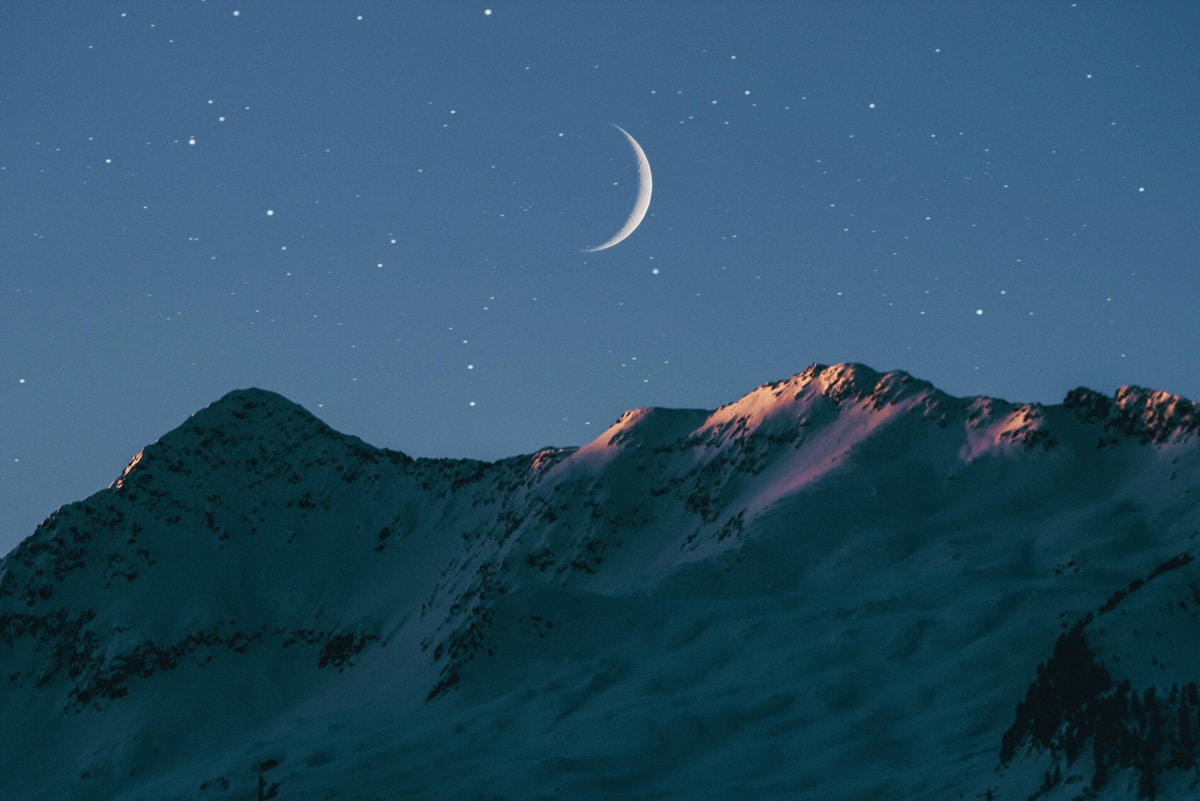 Nokia to build a 4G network on the moon for NASA

If you were wondering what Nokia had been up to since the everlasting brick phone, and thought it had dropped off the face of the earth, turns out, it has, in a big way. Nokia is leaps and bounds ahead of the game, yet again—this time, without snakes. It’s off to the moon with more of an ‘ET, call home’ situation in mind. What are NASA and Nokia planning to do out there?

NASA’s plan to make life off Earth comfortable for humans has been in the works for a long time, and it estimates it may no longer be just a dream by as soon as 2030. The Finnish telecom equipment manufacturer Nokia has officially declared that it was selected by NASA to deploy an “ultra-compact, low-power, space-hardened” wireless 4G network on our moon’s surface, with $14.4 million to play with as a part of the space agency’s Artemis programme, which aims to send the first woman, and the next man, to the moon by 2024.

The spectacular investment is part of NASA’s Tipping Point scheme, which will be funding the lunar tech developments for Artemis. Nokia owns the American research company Bell Labs (a company founded by Scottish-born inventor, scientist, and engineer Alexander Graham Bell who is credited with inventing and patenting the first practical telephone), which will be attempting to build the 4G-LTE network. The mission will ultimately pave the way in testing whether it’s possible to have “human habitation on the moon,” Bell Labs said in a recent tweet.

Spaceflight engineering company Intuitive Machines will also be working on the project with a promise that the initial 4G will, of course, be upgraded to 5G but first, the network must be adapted to the moon’s very unique climate. The network’s equipment will be installed remotely using a lunar hopper that is expected to be finished by late 2022.

Extreme temperatures, radiation and the vibrations of rocket landings and launches will all be considered factors. To combat these potential threats to the project succeeding, the 4G network will use significantly smaller cells than those on Earth, which will reach a smaller range but require less power and are easier to transport.

The firm said in a statement that “The network will self-configure upon deployment,” and added that the wireless technology will allow for “vital command and control functions, remote control of lunar rovers, real-time navigation and streaming of high definition video.”

The Tipping Point scheme sets out to fund lunar technology development for NASA’s Artemis programme, which ultimately has a goal of establishing a sustainable human presence on the moon by 2030. More than $370 million has been given by NASA to 14 small and large US companies across nine states to compliment the achievement of this goal.

NASA also invested around $256 million in cryogenic fluid management technology, which keeps liquefied gases at very low temperatures and are essential for supporting life off Earth. The majority of the funding for the Tipping Point solicitation involving companies of varying specialities is directed towards this particular technology, illustrating the importance NASA as well as other space agencies are placing on the ability to produce fuel from ice harvested around the moon’s polar regions.

The ability to break down water molecules in order to create liquid oxygen (LOX) and hydrogen fuel, then store them at cryogenic temperatures for extended periods of time, and transfer them from one tank to another, seems to be the most crucial part of how humans will transfer themselves for long periods of time, and possibly life, to the moon. From there, Mars will be next in line.