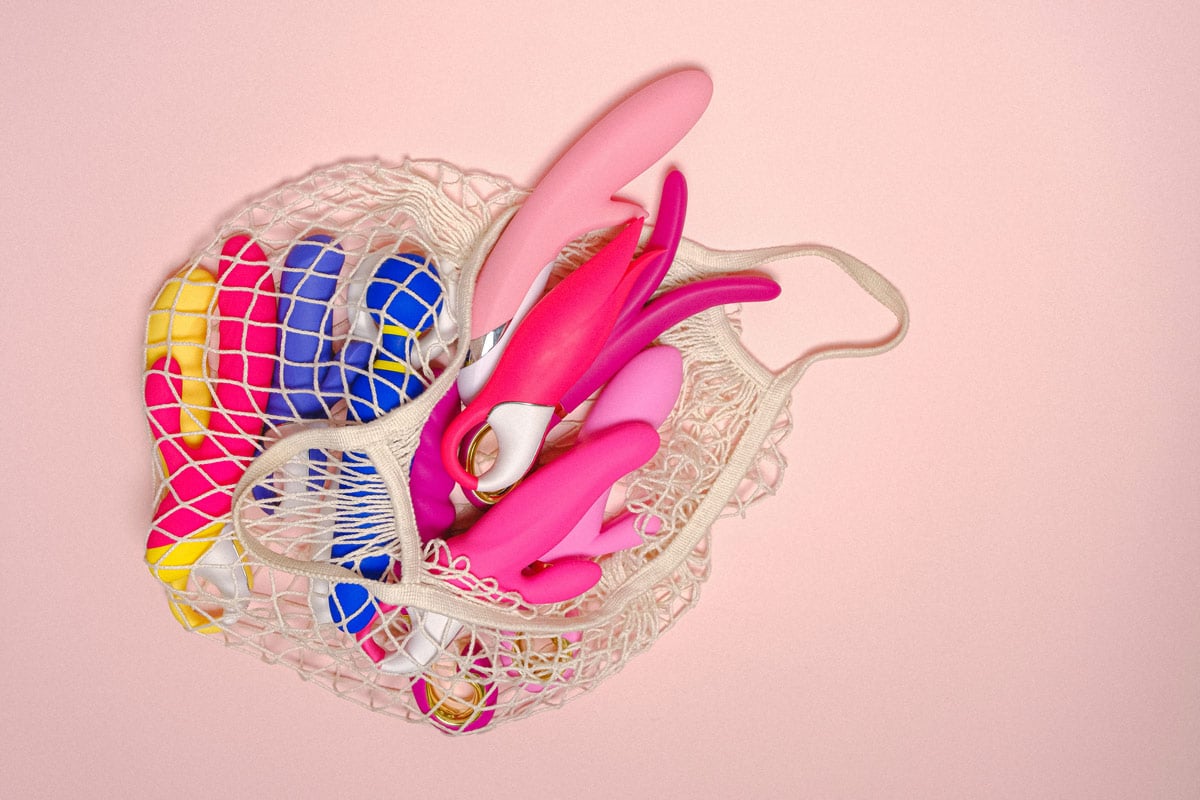 Having a good orgasm can make a long, hectic day at work somewhat better. Thanks to advancements in sex tech, there are all sorts of affordable sex toys to choose from, that are both easy to operate and exciting to use.

You won’t get the same level of privacy or comfort that you get in your own humble abode, so stay home if you do not wish to worry about someone watching you, which can be distracting to the task for obvious reasons.

If you’re a shy girl, you might already be wondering if a park would be a good idea. Well, it totally is! Going outdoors with your lover, or even alone, with one of those small-size vibrators can be quite exciting. Of course, initially you might concern yourself over what you’re doing in a public space, with the potential to be noticed fulfilling your kinky desires. However, if you stay discreet about it, then chances are no one will ever know what you are up to.

If you and your lover like getting naughty in the car, then we suggest finding a sweet, quiet spot in your area and park your car, please don’t attempt to drive at the same time! Other than the safety hazard, the other thing about a parked car is you have nothing else to worry about, and can solely focus on lovemaking in a new location. Why not extend the journey, and have actual sex in the backseat once you’ve had your fun with the sex toys?

You may not believe it, but this is a safe bet when it comes to going unnoticed while having an orgasm at a rugby match, a basketball or a baseball game. No matter how crowded it is (in fact the more crowded the better), the surrounding loud cheers give you enough of a disguise, and everyone is watching the game. It’s a perfect moment and definitely an opportunity worth remembering next time you get tickets.

Be a naughty employee at work

We do not recommend this if you are new to using your sex toys in public spaces. Kinky toys being used at work can certainly land you in some trouble, that being said, the extra risk might make it just that more exciting. Try out one of the wearable options, and whenever you have a stressful meeting or an ass-kicking session with your subordinate, you can retreat to a relaxing moment to release the stress discreetly. Maybe try out the bathroom cubicles first.

At a bar or a cafe

Get naughty while camping

Outdoor trips, solo or not, are refreshing to the body and the soul. Self pleasure can be too, so when you embark on the next camping adventure, add your favourite sex toy to the list. Only the trees around you will hear or see, much like the walls of your own home, so why not take the meaning of wild to a whole new level.

Using a remote vibrator—in a nutshell

Remember, you deserve a long juicy orgasm every now and then. It’s a great way to keep you mentally and physically healthy, and it’ll give your confidence a boost too.

Now more than ever, thanks to the leaps in technological experiences over the past few years, it’s taking just a click and a whirr of a machine to float our sex lives to new and unchartered heights. There is no shame in a sex game, actually—they can be pretty fun. Unlike real games where someone loses and the other wins, sexual games can have two (or more) winners. Well, you would hope so, anyway. Before you shun the idea of the various external sexual advancers we will soon go into, let’s have a run through the past to remind ourselves of just how much there is to celebrate in our outwardly sexual lives today, shall we?

Believe it or not, humans have been using sex toys for an extraordinarily long time, about 28,000 years to give you an idea. However, there have been slight misunderstandings in the modern world that led many of us astray from the core of human sexuality, more specifically the female orgasm.

Many civilisations have known of and invested in, in some way, the importance of sexual pleasure for both genders. This history runs fascinatingly deep, so find a read further when you can. For now, we’re going to go into western medicine, where the female and male’s orgasm was considered necessary for the procreation of children. The idea was based on the fact that all sexual organs were like a man’s, and that the female’s organs were simply ‘inverted’ and the male was in reverse. This led to a part of history many of us are quite familiar with, as it frankly used to legitimse rape—because if a woman could get pregnant even with forced sex, she must have enjoyed it.

Sex games and sex simulators for the better

Many are looking to add a little spice to their sex life, be that with the help of a savvy bit of sex tech, through a game that you and your partner bring into your intimate bubble or dressing up into role play, double dares, playing cards. And now, sexual simulations are here to play with us too. This can be seen as a positive or a negative. The fact of the matter is, sexual simulation seems just as pleasurably valid as in person sexual stimulation.

Sexual experience is no longer restricted by the limitations of the human body. Other than the good old bare yourselves naked and get to it, which is obviously great, there are also more interactive and external options with your sexual partner: strip poker to start you off, or a sexy truth or dare card pack, or a karma sutra dice—all of these options accelerate the communication between you. They have the potential to build confidence and trust, you become a team playing for the same side, and what more do you want really?

Sexual arousal is a combination of all our senses, a desire driven by what one sees, hears, smells, and feels. Toss a sex toy into the mix, and together you have super powers. It is simply a sensory extension. The idea of which isn’t exactly new either as we now know, but what also came from this was the rise in cybersex, an action developed since even the very first telegraphs were sent, or love messages encoded into Morse code, and hello the internet. Cybersex is still connection, sex-based chats gave us a whole new meaning to anonymous self-expression.

However, the use of the internet and VR products focus on the path to orgasm, which depletes the richness of our sensory palettes. With this being said, it allows us to let loose, release, live out or wildest fantasies—which, if we can detach ourselves from can only lead to a positive when you do have sex in real life, because there are double the senses to be aware of and take advantage of.

With all of this being said, the evolution of sex tech has undoubtably made sex more interesting, and arguably, this has made it more fun too. There is much more to be analysed in all of this, but to leave you with a thought—technological advancements of any kind are not slowing down, so why not take advantage of the benefits it can give? Just like sexual positions evolved over time, it was uncomfortable and potentially scary to suddenly be physically stretched or flipped into places you weren’t used to, and look at it now, it’s fun!