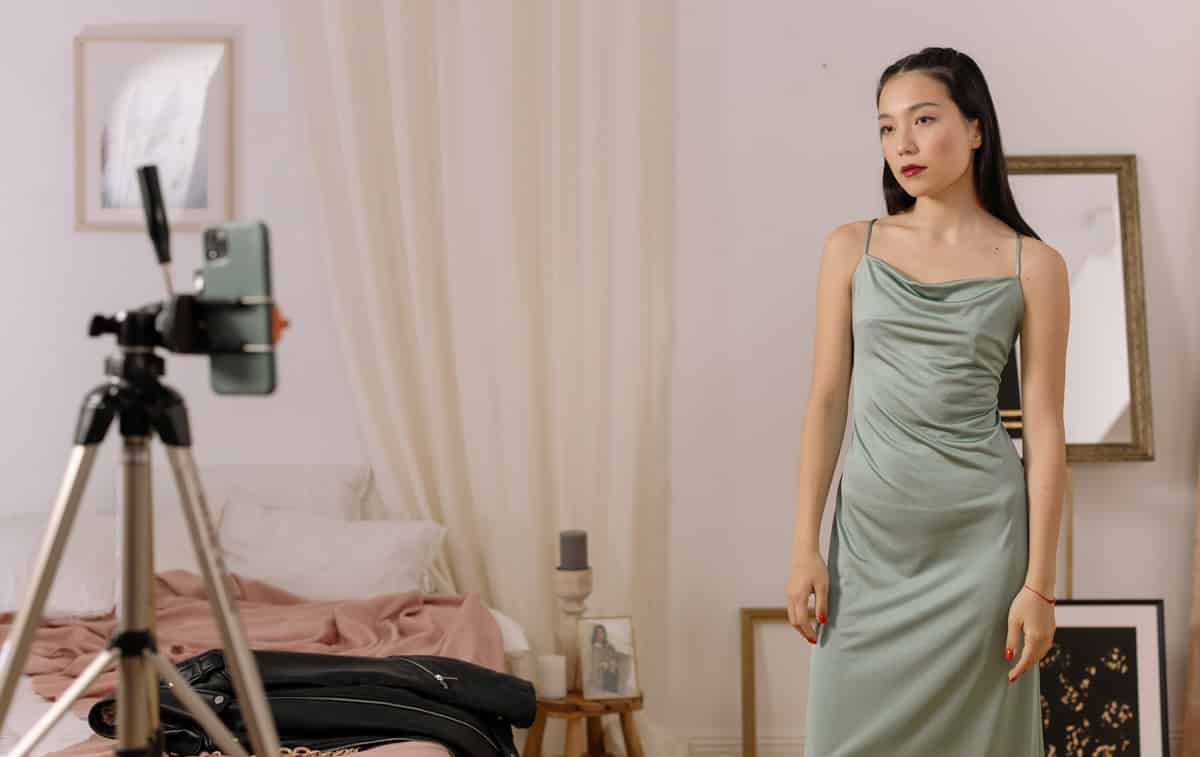 The live streaming platform Twitch filed a lawsuit on Thursday 9 September against two users on its own platform for running automated hate and harassment campaigns. Filed in the US District Court for the Northern District of California, the 19-page suit accuses users ‘CruzzControl’ and ‘CreatineOverdose’ of conducting “hate raids” in August of this year.

What even are hate raids?

The defendants in question deployed bots to flood the streaming channels of black and LGBTQ+ creators with racist and homophobic content, including slurs and graphic depictions of violence. “On Twitch, creators regularly point viewers toward another friendly account after their stream concludes to boost their audiences, a practice known as a ‘raid’,” explains TechCrunch. Hate raids do the exact opposite of that formula, sending swarms of bots to harass streamers who have inadequate tools at their disposal to block the influx of abuse.

Raids were initially introduced by Twitch, along with a tagging tool, after many transgender users requested both in order to make it easier for them to build their communities and discover content that resonates with them on the platform. In May, Twitch added more than 350 new tags to help viewers sort streams by “gender, sexual orientation, race, nationality, ability, mental health, and more.”

Accounts spreading abuse now use those same tags to target streamers with racist, sexist, transphobic and homophobic harassment, yet another unfortunate misuse of a tool explicitly designed to give marginalised creators a boost.

These raids most often target black, trans, disabled, and female streamers. Raids sometimes go as far as ‘doxxing’ victims, revealing their phone numbers, names, or even home addresses. “Doxxing is a dangerous phenomenon that has led to people being stalked and subjected to death threats or physical violence. Swatting, an extreme form of doxxing in which harassers call in a fake emergency to have SWAT teams sent to an individual’s home, has resulted in targets being killed,” wrote them. while reporting on the lawsuit.

In the document, Twitch stated that the defendants “continue to promote and engage in hate raids” despite its efforts to ban them from the platform. The site is currently seeking restitution and a permanent injunction against two users. “If they are not stopped, Defendants will continue to harass and disrupt the Twitch community with hate raids,” the platform explained.

The two users are based in the Netherlands and Austria, respectively, and their activity began in August of this year. Twitch alleges that CruzzControl alone has been linked to 3,000 bot accounts involved in hate raids. Twitch has also linked CreatineOverdose directly to the attacks and is accusing the user of spamming channels with messages including “racial slurs, graphic descriptions of violence against minorities, and claims that the hate raiders are the ‘KKK’.”

As of now, the company has been unable to obtain their legal names. While it’s possible that it won’t ever be able to identify the real identities of all of the individuals behind the recent harassment campaigns, this lawsuit could act as a deterrent for other accounts directing waves of abuse on the streaming platform.

“We hope this Complaint will shed light on the identity of the individuals behind these attacks and the tools that they exploit, dissuade them from taking similar behaviors to other services, and help put an end to these vile attacks against members of our community. This Complaint is by no means the only action we’ve taken to address targeted attacks, nor will it be the last,” a Twitch spokesperson told TechCrunch. “Our teams have been working around the clock to update our proactive detection systems, address new behaviors as they emerge, and finalize new proactive, channel-level safety tools that we’ve been developing for months.”

The recent deluge of hate taking place on the live streaming platform led creators to organise the #ADayOffTwitch campaign that called for accountability and equipping streamers with the necessary tools to combat such hate raids. Users were encouraged to not stream or view Twitch at all on 1 September, resulting in the platform’s second-lowest viewership over the past 30 days, as the tech website Creatorhype reported.

On top of resulting in Twitch’s implementation of the two features mentioned above, the campaign also drew attention to the platform’s policies that allow unlimited accounts to be linked to a single email address, a loophole that makes it easy to create and deploy armies of bot accounts. That being said, it remains unclear whether these measures will be enough to keep marginalised creators on the platform in the face of such abuse. 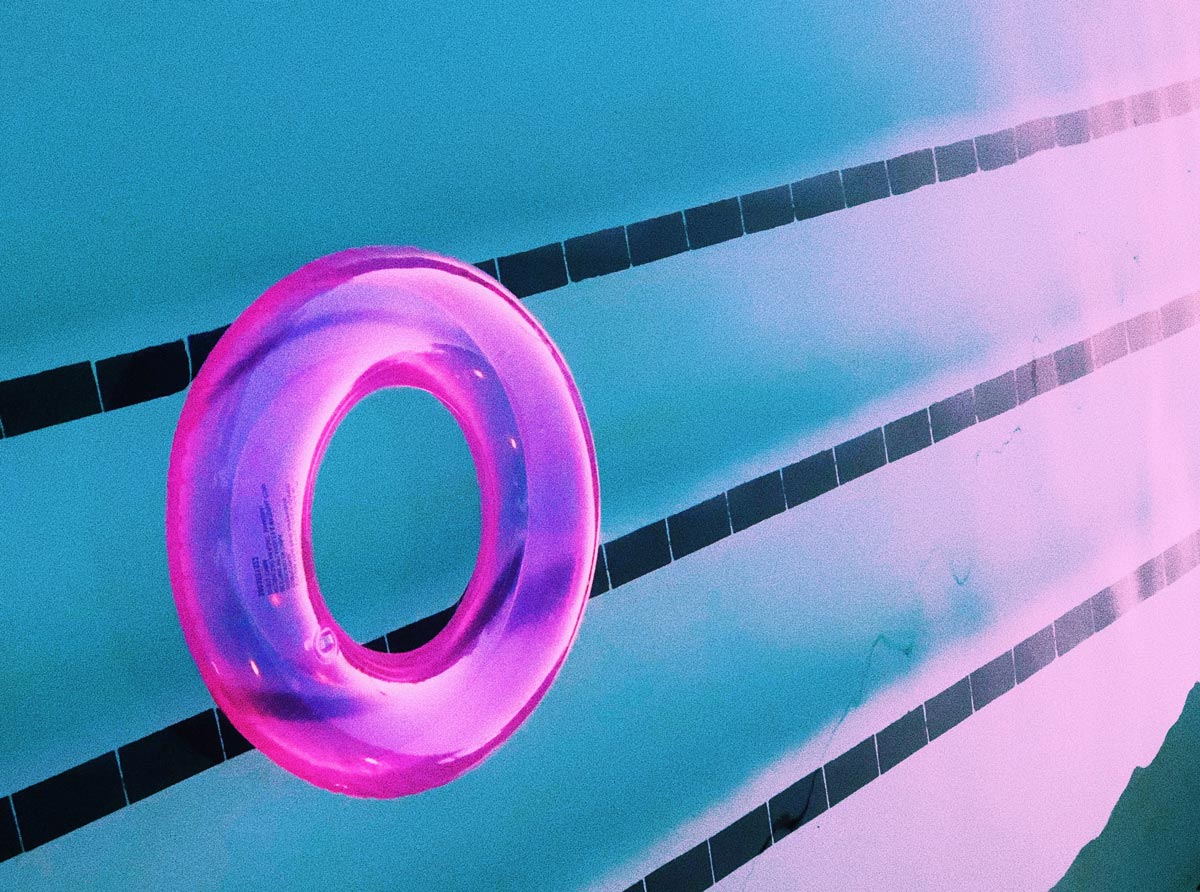 Jumping on the latest trend is often the key to success for many creators—same goes for Twitch and the concept of a ‘meta’. A ‘metagame’ (shortened meta) refers to finding an optimal way of achieving success in the competitive gaming landscape. As streamers constantly look for ways to maximise growth, reach and income, a controversial meta has been cropping up on the scene. Welcome to the slippery little world of hot tub streams.

What are hot tub streams?

Taking off as a full-blown trend last month, hot tub streams usually feature female streamers clad in swimwear—broadcasting directly from their bathtubs or swimming pools. Inflatable tubs, green screens and sometimes even buckets are used by streamers who want to jump on the trend with no major investments. Popular on the platform’s ‘Just Chatting’ directory, hot tub streamers can be found lounging in their tubs for hours chatting to their audience about a wide range of topics.

“I wanted some kind of different content and no one else was doing it,” said variety streamer XoAeriel who jump-started the trend. In an interview with Kotaku, the streamer admitted to purchasing a blow-up hot tub from Amazon with LED lights to go inside before streaming. “Views took off pretty quickly and my following started to grow pretty fast. A few streamers started noticing this and ordered blow-up hot tubs for themselves.”

Since the end of March 2021, popular hot tub streamer Amouranth has gained over 500,000 followers. Indiefoxx, the second biggest streamer to regularly stream from a hot tub, gained almost 300,000 and counting. Although others like Spoopy Kitt and XoAeriel haven’t amassed numbers this large, Kotaku noted how they’ve still managed to pull in thousands of fresh viewers in just over a month.

These streamers also come up with constant innovations to keep hot tub streams alive as a trend. Amouranth, for example, now hosts a podcast with other streamers—engaging in some socially-distanced gossiping sessions broadcasted from their respective hot tubs, be it inflatable or full-blown 8 feet swimming pools. Even the coveted VTubers (Virtual YouTubers) have jumped on the craze, streaming their 2D avatars from customised virtual tubs.

What does the audience and fellow streamers think about the meta?

Let’s start by breaking down the demand and impact of hot tub streams on its audience. While hot tub streams usually pan out like all other streams featured on the platform’s ‘Just Chatting’ section, one of the major differences lies in the conversations that go down in the chats. While some viewers ask standard questions about the streamer’s day and future plans, others leer, pass offensive remarks and go as far as imploring female streamers to remove pieces of clothing.

Firedancer, a variety streamer specialising in makeup and cosplay, outlined how harassment has gone up on Twitch ever since the mainstream popularity of hot tub streams. “Some viewers have also gotten very toxic in the last few weeks,” the streamer added in the interview with Kotaku.

One can first-handedly experience these claims themselves by keeping a close eye on the chats under hot tub streams. For the 10-minute window I watched Amouranth’s recent live, I could spot a plethora of suggestive comments—if not emoji combinations—popping up in numbers hard to keep track of. While some engaged in regular conversations with the streamer, others used zeros to replace the os in the word ‘boobs’ to avoid being banned by the moderators in the chat. Some publicly admitted wanting to see an “accidental wardrobe malfunction” while others advised her to start an OnlyFans.

Amouranth, however, mentioned how she has learned to roll with the toxic side of the popularity. “I’ve seen a lot of more conservative (in terms of attire or demeanour) female broadcasters get undue hate or sexual harassment regardless,” Amouranth said to Kotaku.

While some argue that streamers who “flaunt their body” and focus on looks to succeed can’t be termed ‘real gamers’, others highlight how hot tub streamers set standards for other female streamers—making it difficult to retain subscribers who increasingly expect them to jump on the trend.

However, it should be noted that a ‘gamer’ isn’t necessarily a tag for a special class of people. If you whip out your dusty little Oxford dictionaries, you can see how the word is used to define absolutely anyone with interest in video and role-playing games. It all boils down to our social conditioning in the gaming landscape—where women have to often prove that they’re ‘real’ gamers whereas men are just given the benefit of the doubt.

What is Twitch’s take on hot tub streamers?

Twitch is a platform well-known for the strict reinforcement of its community guidelines—resulting in numerous bans for the streamers who dare violate them. So why are hot tub streams still a craze on the platform? Why hasn’t Twitch expectedly cracked down on the trend?

“Swimwear is permitted as long as it completely covers the genitals, and those who present as women must also cover their nipples,” reads Twitch’s policy around sexually suggestive content. “Full coverage of buttocks is not required, but camera focus around them is still subject to our sexually suggestive content policy. Coverage must be fully opaque, even when wet. Sheer or partially see-through swimwear or other clothing does not constitute coverage.”

Well, hot tub streams technically abide by all of these rules mentioned. Neither do the cameras “focus on breasts, buttocks, or pelvic region” nor do the streamers wear “sheer or see-through swimwear.” This is why the trend has garnered a ‘loophole’ status in the community—allowing streamers to ‘exploit’ the loophole and broadcast in swimwear from any location which previously required them to be near a pool or beach to do so.

“People are frustrated because they feel like Twitch’s platform is being taken advantage of,” said QTCinderella to Kotaku. “However, hot tub streamers are not taking advantage of the platform because the platform is currently allowing it.” The female streamer thereby urges Twitch to be more vocal with their audiences about their stance on the issue. “By not doing so, it is encouraging a bizarre pent-up resentment,” QTCinderella added.

Over the years, female streamers have been banned from Twitch for wearing tank tops and swimsuits in other contexts. Branded “titty streamers” and other derogatory terms, the controversy around ‘appropriate’ female attire has prompted Twitch to consistently crack down on these streamers. Hot tub streams could either be an ironic ‘movement’ fostered from the ashes of these bans or be a fad waiting for another meta to replace them.