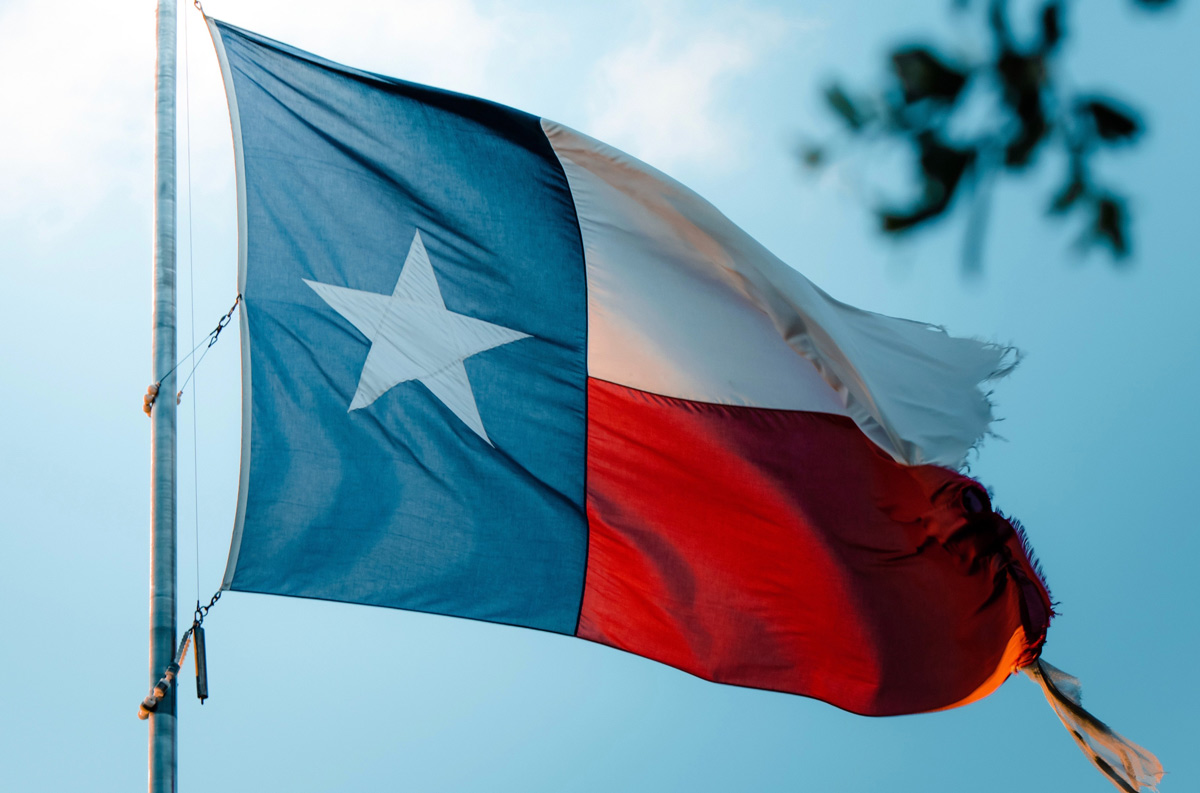 As the never-ending Republican-led war on critical race theory continues, Texas is leading the charge with its Senate voting in favour of another bill that aims to scrap a lot of the current curriculum requirements. Earlier this year, the state got in hot water in May as its ‘critical race theory bill’—its aim to ban the theory in schools—was passed in the US Senate. This new bill continues to strip back the actual history of the states and goes even further in upholding the values of white supremacy. Don’t believe me? Well here’s what the new proposal aims to remove from Texas education.

The most notable element that has created shock waves is the elimination of the requirement for schools to teach its students “the history of white supremacy, including but not limited to the institution of slavery, the eugenics movement, and the Klu Klux Klan [KKK], and the ways in which it is morally wrong.” To put it simply, this was a requirement in the civics curriculum, and now? It might not be. It doesn’t stop there.

While the news of the KKK amendment is causing shockwaves, the bill itself—Senate Bill 3—aims to redact over two dozen other curriculum requirements, HuffPost reports. The KKK is one thing and sure, it makes a controversial headline but the very fabric of American history is at threat of being wiped—if the white supremacy wasn’t clear enough, it gets worse.

Bloomberg reports that the legislation passed in the Texas Senate on a vote of 18 to 4 on Friday 16 July; and if officially passed as law, the bill would seek to aim to remove the requirement for educators to teach their students about: Native American history altogether, elements of the Civil Rights movement including Martin Luther King Jr.’s “I Have a Dream” speech, the history of the women’s suffrage movement and activist Susan B. Anthony, and the work of Cesar Chavez (to name a few). It also limits teachers from discussing “particular current event[s] or widely debated and currently controversial issue[s] of public policy or social affairs.”

Instead, the bill focuses its education on the founding fathers,  their writings and things pertaining to the constitution of the US—including the thirteenth, fourteenth and nineteenth amendments. Many people noticed the missing fifteenth amendment (“the right of citizens of the United States to vote shall not be denied or abridged by the United States or by any State on account of race, colour or previous condition to servitude”) as another attempt at voter suppression. Texas, you just keep knocking it out of the park, and not in a good way.

Texas State Representative James Talarico—who was a major opponent to the original bill—expressed his dismay at the removal of these education requirements to The Texas Tribune, “The amendments the House added were essential to ensure that we were teaching students all of American history—the good, the bad and the ugly.” He continued, “They were put in place to ensure that teachers wouldn’t be punished for telling their students the truth. And if we were to strip them, I could see teachers across the state of Texas being silenced.”

“It’s a frightening dystopian future that starts to come into focus,” he added.

There is some good news; the bill is not expected to actually become law as it still has to win a vote in the House of Representatives—there’s still hope considering that a total of 56 Democratic Representations deadlocked the House after leaving the state in a bid to block the session taking place. 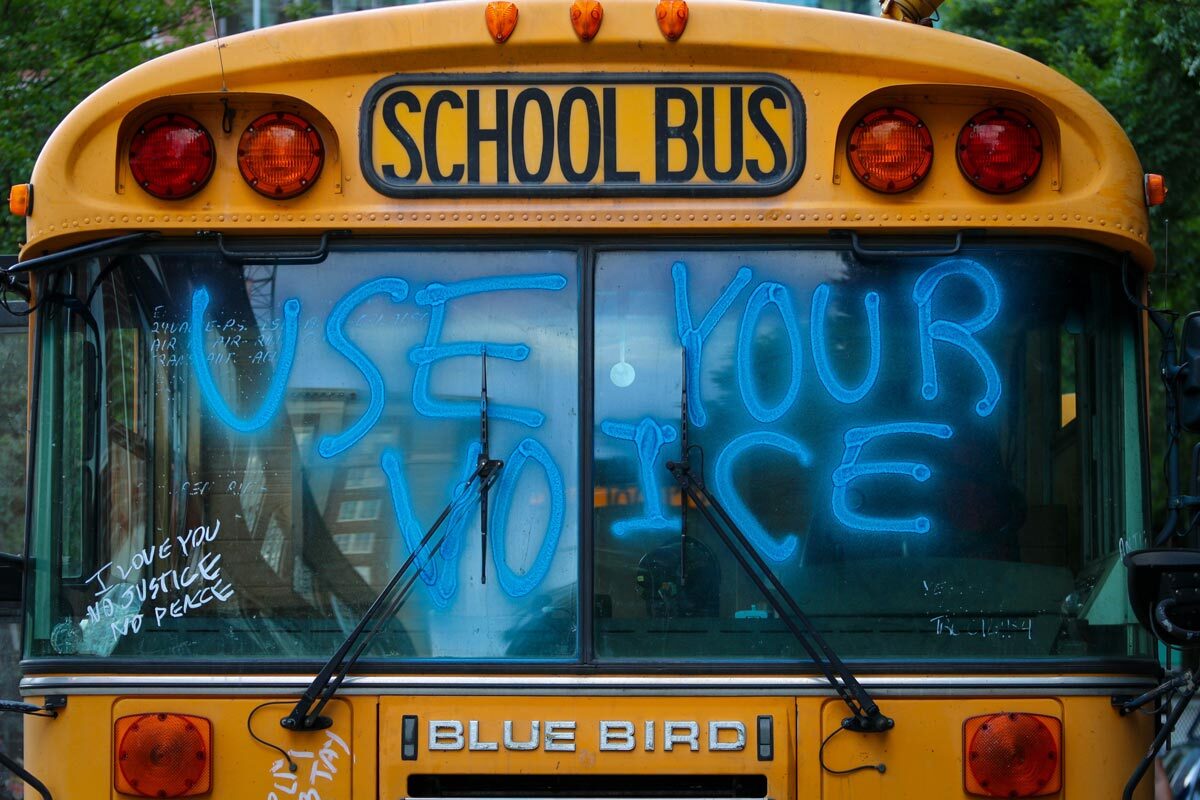 House Bill 3979, otherwise known as the ‘critical race theory bill’, passed in the US Senate over the weekend much to the protest of teachers across the country. The Dallas Independent School District board passed a resolution opposing the Texas bill citing that the “legislation [will] threaten the essential work that the District is doing to celebrate diversity and would greatly hinder efforts to create inclusive and equitable learning environments and develop more informed, engaged citizens.”

Others celebrated the news. Republican lieutenant governor Dan Patrick supported the bill, stating, “[It] makes certain that critical race philosophies, including the 1619 founding myth, are removed from our school curriculums statewide. [So] students [can] learn critical thinking without being indoctrinated with misinformation charging that America and our Constitution are rooted in racism.” Wow. Yes, you read that right. Texas’ passing of such a bill has unfortunately become a trend in recent months, with the state of Idaho successfully passing its own critical race legislation earlier this May. It looks like it’s time for another wake-up call for the US. Let’s take a deeper look at how incredibly damaging this is.

What is critical race theory?

In order for us to understand the implications of such a bill, we must first understand critical race theory (CRT) itself. CRT has been a concept in academia for around 40 years; at its heart, it recognises that racism and prejudice are not simply individual biases but part of a systemic social construct embedded in all institutions. Senior writer for CNN Digital, Faith Karimi, writes in an article that “critical race theory recognises that systemic racism is part of American society and challenges the beliefs that allow it to flourish.” Without it in education, these systemic issues can and will flourish. The irony in this is that the education system itself is an institution entrapped in systemic racism, so are we even shocked?

What is in the critical race theory bill?

Although House Bill 3979 doesn’t specifically use the word ‘ban,’ Democratic state Representative James Talarico, a vocal critic of the bill, told HuffPost “[It’s] written in kind of a clever way. You can talk about race in the classroom, but you can’t talk about privilege or white supremacy. […] The idea is to put in landmines so any conversation about race in the classroom would be impossible.” The bill, which passed in an 18 to 13 Senate vote, has some extremely limiting policies.

It states that “no teacher, administrator, or other employee […] shall be required to engage in training” of any form in subjects pertaining to sexism and racism. It continues by giving eight rules of how racism can not be discussed. Instead, it focuses civic education on “the fundamental moral, political, and intellectual foundations of the American experiment” and “the founding documents of the United States, including the Declaration of Independence, the United States Constitution […] and the writings of the Founding Fathers of the United States.”

Some people may say, ‘Well this is good—it’s not racist, it’s just getting rid of ‘woke’ culture in the classroom’. I am not one of those people. To ignore critical race theory is to ignore the fundamental building blocks that our society is unfortunately built on. Removing this from our education system erases the devastating impacts that colonisation and systemic racism has had on the world and on the lives of BIPOC communities. To me, that is racist.

In a video that surfaced on Twitter, Talarico grills the bill’s author Republican Steve Toth. “Would you be open to an amendment requiring that in the civics classroom that we teach the history of white supremacy and that we teach our students that it’s morally wrong?” to which Toth later replied, “No, I’m not.” Democrat Talarico, shocked, proceeds to repeat the question, adding that “it’s a simple question.”

It seems this rhetoric is all too common on our side of the pond too. In October 2020, the conservative government began targeting critical race theory as well. Undoubtedly envious of the culture war Donald Trump spearheaded against the terrifying leftist agenda, the Tories decided they too wanted to take on this fictitious monster. The irony is that CRT is actually still pretty marginal in the UK so there doesn’t seem much to ‘fight’. In a Twitter thread, academic Kojo Koram writes, “Clearly, Google has told them that critical race theory is just people shouting about ‘white privilege’ etc so here is an idiot’s guide to CRT to help.”

He goes on to say, “There are certainly critiques that can be made of the tradition […] but to pretend it is a dangerous illegitimate sphere of academic inquiry is just pathetic.” The banning of critical race theory in education is a blatant attempt at destroying critical thinking in young people—it places BIPOC students in harmful environments, prevents progress and brings in a more regimented nationalist indoctrination.