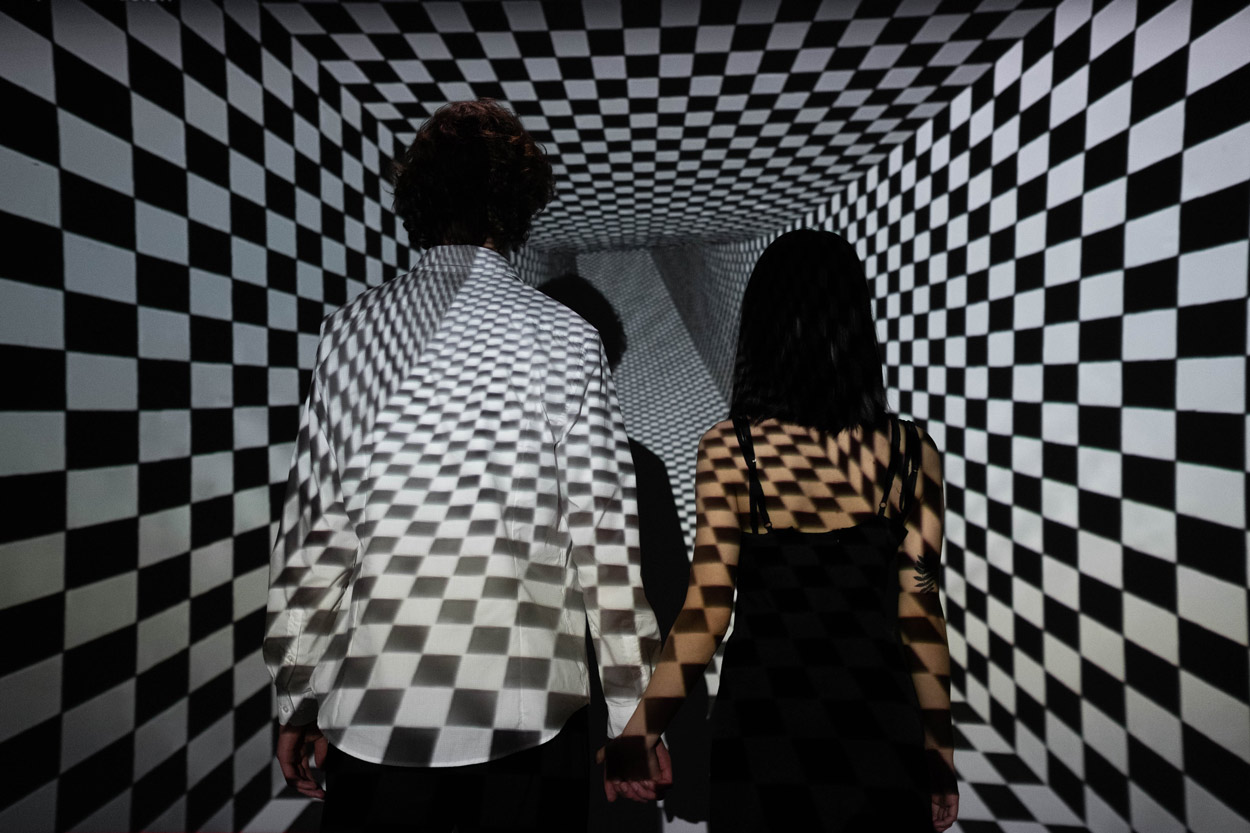 It was the spring of 2022 when Esther started withdrawing from the rat race their corporate life had customarily evolved into. “At one point I was logging over 44 hours a week just to be seen as a ‘productive employee’,” they admitted. “I had a life out of work, but I had no time to live that life after I left my office.”

It wasn’t until May of that year that the 24-year-old took a step back and started performing at, what their co-workers labelled as, “their bare minimum.” In practice, Esther clocked off and headed back to their apartment at the end of their shift, didn’t succumb to unpaid overtime and avoided putting their hands up for extra work. “I stopped responding to emails after I’d left [the office]—something that I used to do while working from home last year,” Esther said, adding how they always felt like they were at work even after having put their laptop away.

To date, Esther believes the voluntary shift they had implemented into their work life helped improve their mental and physical wellbeing—although it took a toll on the number of projects they used to sift through each day in their office. “It definitely gave me more time to spend with people I care about in my personal life and reflect on where I see myself professionally.”

But little did Esther know they would be one of the earliest envoys for a new breed of workers who are increasingly re-evaluating their priorities and unsubscribing from the hustle culture mentality we’ve all been brought up with. Welcome to the controversial—depends on who you ask—world of ‘quiet quitting’, a work culture trend TikTok touts as the ultimate hack to tackle burnout and get a renewed sense of job satisfaction.

What is quiet quitting?

According to TikToker @zkchillin, one of the creators credited with introducing the term to the gen Z-first platform, quiet quitting (also known as ‘coasting’) is a workplace shift where “you’re not outright quitting your job, but you’re quitting the idea of going above and beyond.”

Without actually handing in your resignation, “you’re still performing your duties, but you’re no longer subscribing to the hustle culture mentality that ‘work has to be your life’,” the creator went on to state in a viral video. “The reality is that it’s not, and your worth as a person is not defined by your productive output.” To confirm all of your suspicions, yes, quiet quitting ultimately refers to the practice of simply doing the job you were hired to do, no more and no less.

So what does quiet quitting look like when deployed in both office and work from home settings? “When we think of quiet quitting as going from exceeding expectations to simply meeting them, it may include arriving and finishing work on time, taking a proper lunch break, and not checking your emails or answering calls outside of work,” career and wellbeing coach Charlotte Grimmel told SCREENSHOT.

“However, to me, quiet quitting also has an air of minimal engagement, meaning you may not help your co-workers, say no to any new projects or responsibilities, do the bare minimum and simply clock in and out.”

Look at it this way, if quiet quitting was a subculture, you’d see members gathered on a Discord server with the tagline ‘Work to live, not live to work’, as they play Beyoncé’s brand new single ‘Break My Soul’ on repeat and sing along to the verses: “They work me so damn hard / Work by nine, then off past five / And they work my nerves, that’s why I cannot sleep at night.” Oh and you can definitely visualise them cancelling Kim Kardashian even more for her viral comments urging other women in business to “get your f*cking ass up and work.”

Why are people quiet quitting now?

According to a 2022 workplace report by marketing research firm Gallup, only nine per cent of workers in the UK are engaged or enthusiastic about their jobs, ranking 33rd out of 38 European countries. An NHS staff survey conducted in the autumn of 2021 also showed that morale had dropped from 6.1 to 5.8 out of 10, while staff engagement fell from 7.0 to 6.8.

In the same year, a LinkedIn survey found Americans to be “sheltering” in their jobs as they waited for the COVID-19 pandemic to blow over to seek better career opportunities. Some of the top reasons participants gave for staying in their jobs included “collecting a steady paycheck, taking advantage of company benefits, wanting to wait for a more favourable job market, and having no time or energy to focus on a job hunt.”

When queried about the rise of quiet quitting in 2022, Grimmel explained how reasons for going down the path will ultimately vary. “But in many ways, I see this as the result of a process many people went through during the pandemic: re-assessing their priorities and their work lives,” she said. “In doing so, they have gained a new perspective on the ‘rat race’ and their own work-life balance.”

According to the expert, it’s also becoming increasingly difficult to make the age-old hustle culture mentality relevant again after this shift, even though several businesses are trying to reel back to how things were before the pandemic.

“Another thing that comes to mind is a general mental fatigue many of us are feeling after the past two years. A large group of people are simply feeling chronically exhausted and overwhelmed, and quiet quitting may well be a result of that,” she continued.

Mehar Sindhu Batra, founder and CEO of MSB Vision, further echoed these thoughts by stating how people have had the time to reflect on their expectations, career choices and the kind of life they want for themselves in the long run following the pandemic.

“Things have shifted, mentality and thinking have certainly changed,” the expert explained, as she went on to highlight the difference between quiet quitting and the Great Resignation. “People who are stuck in a toxic work environment have learned to stop investing their time and effort in doing something they aren’t satisfied with and have held back giving it their 100 per cent on a daily basis (known as quiet quitting) or have outrightly quit their day jobs, taken a risk and started pursuing something that fuels their passion (aka the Great Resignation).”

On TikTok, posts about quiet quitting have allegedly been inspired by Chinese social media, where a now-censored hashtag, #TangPing (translates to ‘lying flat’), went viral following the county’s shrinking workforce and unchecked obsession with long working hours. On the platform, quiet quitting is recommended as an effective way to treat burnout while renewing one’s sense of contentment.

But how fine is the line between the practice effectively tackling burnout and evolving into phase two of the Great Resignation? “If a person is genuinely not enjoying what they’re doing, if their passion lies elsewhere, they shouldn’t waste their time doing a job that doesn’t satiate their passion for working,” Batra said. “Quiet quitting implies that they work at the same unsatisfactory job for other reasons such as financial security, procrastination or simply lack of motivation to find a job that’s more fulfilling.”

The CEO went on to state that if a person likes their job, but faces burnout, they could “try quiet quitting for a short while, self-reflect on what’s causing that and try to strike a balance to jump back in when they feel better.”

A tale of pros and cons

In my chat with Devika, who was once a design lead at a fashion brand headquartered in India, the gen Zer highlighted how some employees simply can’t afford quiet quitting. In a country which drills the so-called affirmation “work hard and you’ll get far” worse than its nutritional obsession with almonds, Devika had always wanted to quiet quit her job following multiple fallouts and lack of encouragement but didn’t have the option to do so. “I was in a higher position and I had people working under me, some of whom quiet quit themselves,” she admitted. “So whether I gave my 100 per cent or not, I was ultimately held answerable to the higher ups.”

With no raise or signs of progress at her workplace, Devika eventually handed over her resignation in May 2022 and quit the firm the following month. “I reached a place where I was like, ‘Hey, I’m exhausted by everything and this is where I finally draw the line’,” she said.

Krishna, a freshly-graduated copywriter, also mentioned how—although he always gives his 110 per cent at his job—has quiet quit impressing his manager at work. “Quiet quitting is good if you have a game plan,” he said, adding how there’s a possibility that others can capitalise their progress at the expense of someone else’s voluntary withdrawal from daily tasks.

According to Batra, this is one of the major risks involved with taking this approach in one’s career. “If people overdo quiet quitting, it could pose a threat to their job. If an employee doesn’t take initiative and is a silent worker, there are many others who could swoop in, take their position and prove themselves to be better at the same job,” she explained.

“Quiet quitting is only justified if you want to pause the chaos for a short period of time without compromising on the quality of your work. It’s not a long-term solution. So if you feel like you’re dealing with this, take some time off and talk to your mentor, coach or manager and figure out what’s important for you going forward.”

Quiet quitting and the ‘meaninglessness’ of modern work

As of today, it’s no surprise to see quiet quitting being used synonymously with ‘laziness’, ‘sneaky slacking’ and ‘snoozefest’. In fact, our bouts with corporate and hustle culture make the practice look like a shameful and radical transgression when it’s anything but—provided you’re aware of the boundaries you’ve set for yourself.

“On the surface, quiet quitting may seem like an ideal way to tap out of stress without losing the security of your job,” Grimmel explained. “However, we know that work can be an important source of engagement and meaning. It can help us to feel like we’re contributing to something greater than ourselves—all of these are key elements to flourishing in life.”

According to the expert, while realistic workloads and appropriate boundaries are incredibly important, prolonged disengagement won’t increase your happiness in any way. “If you’re considering quiet quitting, I’d recommend you take a closer look at what’s really going on. If it’s a serious case of dissatisfaction, it’s important that you address the root of this,” she advised. “If you’ve simply realised that work shouldn’t take over your entire life and you’re setting boundaries and standing up to hustle culture for the first time—more power to you.”

Either way, at the end of the day, just remember that your worth is not defined by the work you do and your job doesn’t have to be your identity unless you willingly choose to make it so yourself. So go ahead and mute your Slack after work on days that you feel like taking a well-deserved break and shake off those Sunday night dreads with some mind-numbing scrolls through TikTok. Allow yourself to channel the ultimate ‘gen Zers entering the workforce’ energy.