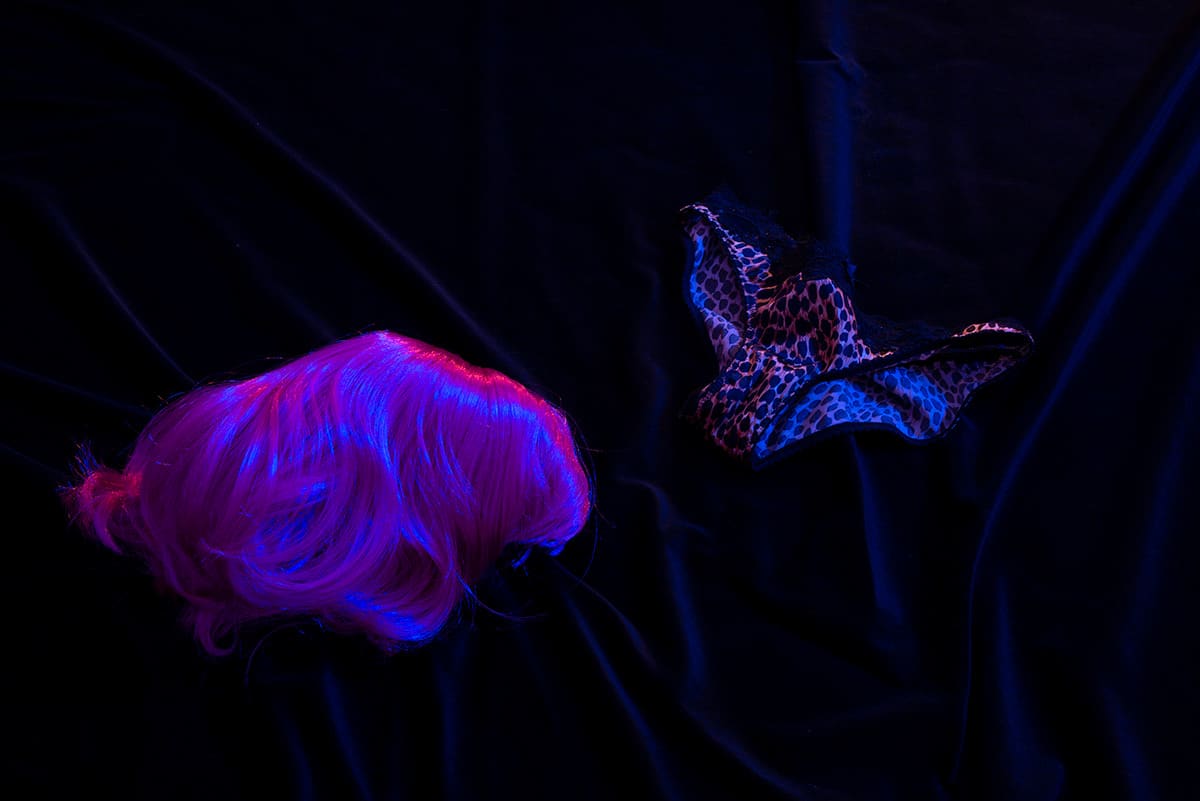 Micro cheating: what is it and does it really count?

Cheating is not so uncommon. According to a 2015 YouGov poll, one in five Americans admit to having been unfaithful within the context of a committed relationship. On top of that, many of those who haven’t actually been unfaithful have at least considered it: 41 per cent of men admit to thinking about cheating on their partners, as opposed to 28 per cent of women.

Cheating—micro or otherwise—is less about a particular type of behaviour, and more about the keeping of secrets. So what exactly is micro cheating, and does it really count?

What is micro cheating?

Micro cheating has previously been defined by relationship experts as behaviours that hover near the mutually agreed upon boundaries in your relationship that comprise fidelity. In simpler terms, it ranges from logging on to a dating app to see what’s out there to forging emotional relationships that are more emotionally (and sometimes sexually) charged than your typical platonic connection.

Speaking to NBC News, Ty Tashiro, psychologist and author of The Science of Happily Ever After: What Really Matters in the Quest for Enduring Love, defines micro cheating as “a relatively small act of emotional infidelity with someone outside of a person’s committed relationship,” which mostly occurs through apps, texting, or online interactions.

Let’s say, for example, that you’ve been in a somewhat happy relationship for almost three years now. Things are good, comfortable, but perhaps too comfortable? So you decide to redownload Tinder on your phone, just to have a scroll through it, not for anything else of course—you wouldn’t actually meet anyone, you just want to window shop.

Technically, simply doing that is considered micro cheating, and the same applies if you matched with someone on the app or even texted with them a bit.

Does micro cheating count as cheating?

Tashiro believes so: “Though micro cheating does not involve physical contact with someone outside the committed relationship, it’s important to avoid the temptation to overemphasise the ‘micro’ part of the phrase and remember that ‘cheating’ is the operative word,” he says. “When one betrays a partner’s trust, there are always emotional consequences for the partner’s well-being and the integrity of the relationship.”

So, according to Tashiro, yes, micro cheating counts as cheating. But what if micro cheating could be differentiated from straight-on infidelity depending on how much your secret interactions affect your partner when they find out? Meaning, while one person might feel hurt learning that their partner downloaded a dating app just for the thrill, another might find the idea exciting and join in on the fun.

Then again, if you look at this example from another angle, someone might even consider texting with a new crush full-on infidelity—it’s a matter of perspective and personal experience.

Why micro cheat, then?

Don’t get me wrong, I’m not here to condemn or praise you for micro cheating, I just want you to look at the reasons that might have compelled you to do so (or at least consider doing it). Like with my previous example, most micro cheating is done on impulse, just for a bit of excitement. You don’t go completely overboard, yet you still get a rush from it.

It’s completely normal to find other people than your partner attractive—anyone saying otherwise is lying to themselves. Being in a relationship doesn’t mean you can’t enjoy it when someone else flirts with you. This shouldn’t undermine the fact that you’re (hopefully) in a happy relationship with an attractive partner with whom you have great sex with. Just don’t act on it. Look, but don’t touch, as they say.

In a way, micro cheating is a wandering eye 2.0, meaning that depending on how often the eye wanders and whether it lingers, infidelity can become a problematic possibility. In 2018, Florida State University conducted a research which examined how couples married for just over three years reacted to photos of potential partners. Those who quickly looked away from the photos were less likely to cheat than those who didn’t look away as quickly.

It’s all about trust, baby

A good, lasting relationship should be founded on trust. And let’s be honest, micro cheating isn’t exactly proof of trustworthy behaviour. Once trust is gone, it is most likely that a pattern would appear from it.

That’s why, micro cheating or not, honesty is the best policy. Secrets are what will pull a relationship apart, so just be honest and straightforward with your partner. Are you not happy anymore? Tell them, and try to discuss why. Are you bored? Same here, just start a conversation. If you can eliminate the lies and secrets, your relationship will be much stronger.

If you (or your partner) continue to micro cheat, then perhaps this should be seen as a warning sign that you (or they) are insensitive to the other person’s needs and well-being. If someone in the relationship isn’t honest and doesn’t respect the other’s feelings and boundaries, your problem might be more macro than micro—you might be better off without each other. 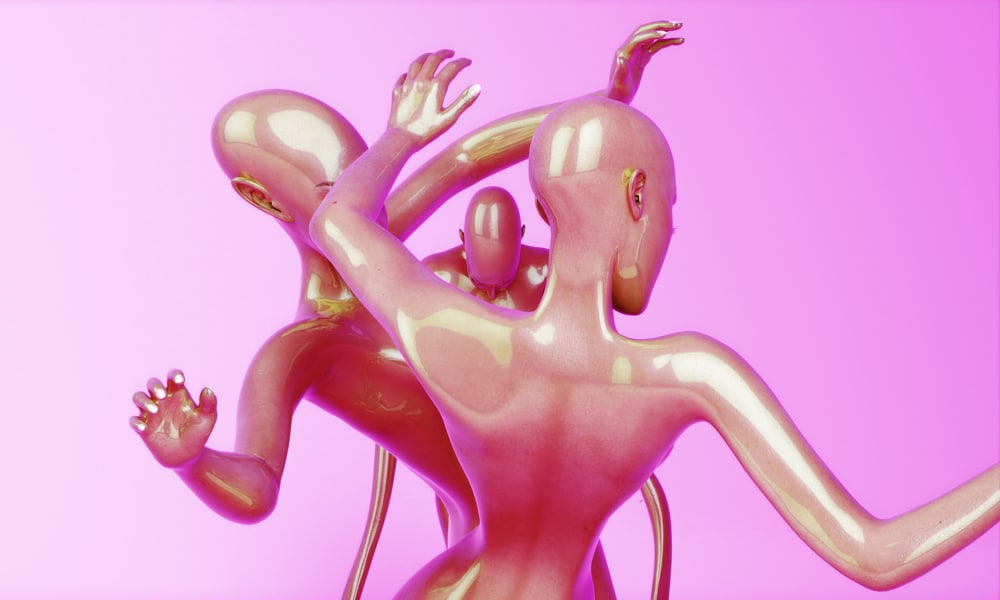 People go on dating apps for many different reasons, so it is natural that we all end up having different preferences in which one to use. Whether you are after a specific zodiac sign, your secret crush, or wish to explore ethical non-monogamy, chances are there will be something out there for you. If, however, you have for some reason a specific interest in genetics, and feel like you would never find the perfect app to fulfil your needs, then I have some good news—soon, you will have access to the perfect app for you.

digiD8 is a new dating app that will allow users to match with potential love interests according to their genetics. Yes, you read that right. The app was created by Harvard professor, scientist and geneticist George Church, and is currently still under development at Harvard University. Its aim is simple: to make sure that those who share a genetic mutation never procreate and produce offsprings with a potential inherited disease.

Needless to say, when the news of this app got out it created a big controversy, and understandably so. Church was accused of partaking in what is called eugenics, which is the science of improving a population by controlled breeding. With this new venture, which he calls “whole-genome dating”, Church would have the power to select who can and cannot use his app purely based on their genetics—something that users have no control over, and something that no society should be striving towards, if we’re being honest.

Church’s lab, which is in charge of developing this app, has also received research funding from the notorious sex offender Jeffrey Epstein—so of course, the questioning of the app, the motives, the lab and Church himself is unsurprising.

digiD8 also raises the question of where do we draw the line when it comes to incorporating science and technology into the most natural and humane aspects of our lives? Church defends his project and finds the comparison of his app to eugenics to be “ludicrous”, stating in a recent FAQ that “[we] are adamantly opposed to eugenics, of superseding personal choice with governmental or community judgment, bullying, and coercion,” and that, instead, the aim is to advocate for “personal choice.”

While the idea is indeed dystopian and precarious, some argue that it is not eugenics. Eugenics is most commonly forced through imposed breeding, sterilisation or extermination of individuals, whereas Church claims he only wants to help people. The main idea is to use DNA comparisons in order to assess whether those matching do not carry any genetic mutation that could cause diseases such as cystic fibrosis or Tay-Sachs disease—which are both extremely rare and often fatal.

Children risk developing the disease if they inherit two risky genes—one from each parent, the chance of which is normally 25 per cent. Because these diseases are so rare, according to the app’s FAQ, users on digiD8 would still be compatible with 95 per cent of other users. Medicine already tries to avoid such conditions, by letting couples who are trying to have a child use preconception genetic testing, in which IVF embryos are selected on the basis of their genes, with some parents choosing abortion after a negative test result.

But even if this can serve for the greater good in medicine, choosing to prevent the birth of humans because they may suffer from a disease is incredibly ableist. While it is every parent’s ultimate goal to see their kids healthy and happy, going as far as choosing their genes seems unnatural and discriminatory.

Ethics pushed aside, perhaps people should think twice before handing over their DNA data over to anyone, let alone a dating app. Social networks tend to have a history of exploiting our private data, and while Church promises that the app will “support a new model in which an individual’s genomic data are not shared with companies or any other individual,” this is a phrase we’ve heard many times before. Just like many other new technologies, approach this one with extra caution and skepticism.