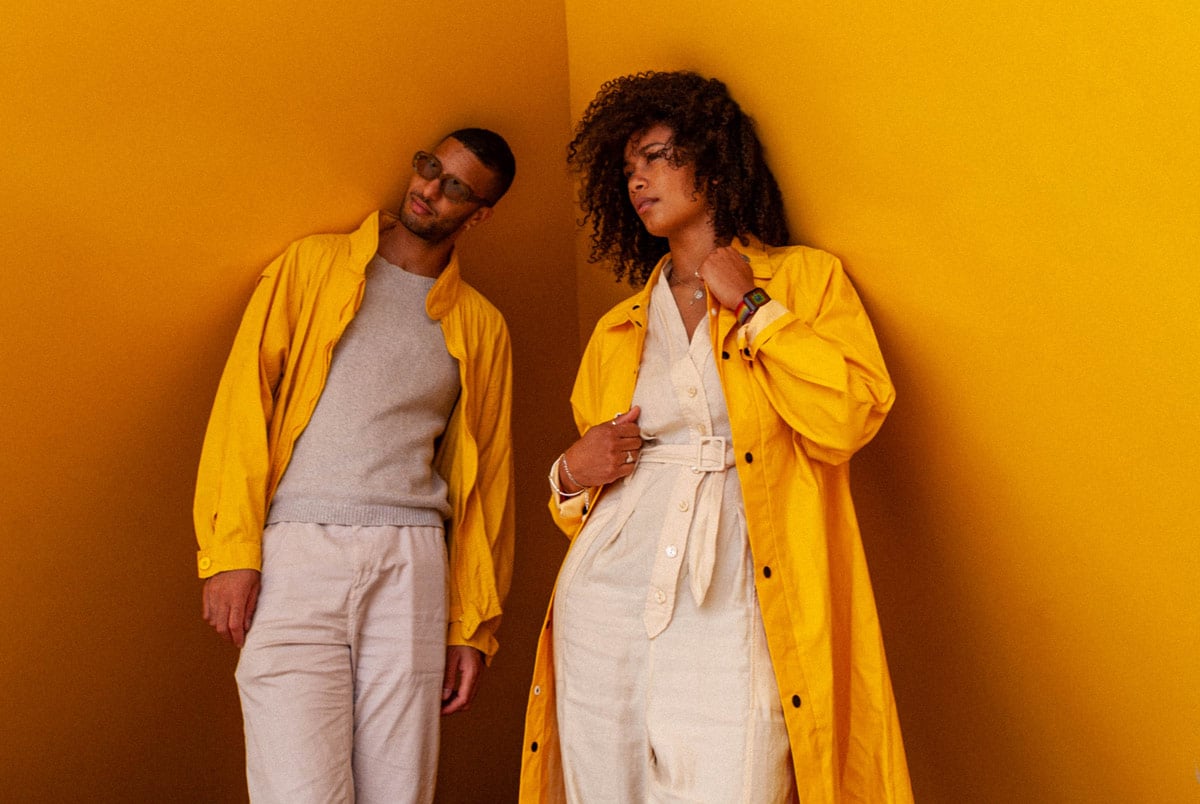 London Fashion Week is back this Thursday 17 September 2020, but things are bound to be different. After London’s first online fashion week back in June, which resulted in mixed reviews, the British Fashion Council (BFC) is now hoping to find the right balance for its Spring/Summer 2021 showcase by blending physical and digital experiences. In other words, yes, LFW will still happen regardless of the UK’s new COVID-19 restrictions. How exactly will this work?

Last week, UK Prime Minister Boris Johnson announced new restrictions for gatherings larger than six people. While the regulations don’t apply to the performing arts, which means that physical fashion events in London are still allowed to go ahead, there is an atmosphere of unease over rising coronavirus infection rates. The fashion industry’s approach to the previous fashion weeks proved to be a tough task—but how are they making it different this time, and will this LFW be a success?

The British Fashion Council’s experiment in June to turn London Fashion Week into an online-only event received underwhelming online attention. Speaking to Vogue Business, Dylan Jones, chair of menswear at the BFC, was unsurprised: “We were trying to put a fashion week on in the middle of a climate where it wasn’t possible to do events.”

This explains LFW’s physical comeback. Unlike New York Fashion Week, which is currently taking place mostly online, LFW will include plenty of live physical events. Of 81 designers presenting, 31 have decided to include some kind of physical event. While this is considered good news by many people in the fashion industry, as replicating physical events with digital ones is highly complicated, others are worried about the risk this may represent.

How will London Fashion Week be safe?

To adhere to COVID-19 safety measures, the shows and presentations will have fewer guests than usual and will be staged for a mostly UK-based audience. As key fashion markets such as France, the US and China remain on the UK’s quarantine list, this new approach to live events seems reasonable.

While live events will take place, each presenting designer will also be going ahead with an online broadcast—an essential tool that can reach consumers on a global scale, even in the middle of the pandemic.

Burberry has announced that it will only present a digital live stream of a show set in the British countryside without any audience. Victoria Beckham, on the other hand, will host an intimate salon show. Christopher Kane, Simone Rocha, Molly Goddard, Emilia Wickstead and a few others will set invitation-only appointments to showcase their SS21 collections. Roksanda, who had initially planned to host a presentation, is now reviewing its approach following the UK government’s new guidelines.

Erdem, JW Anderson, Richard Quinn, Marques Almeida and Bianca Saunders will present films. Speaking to Vogue Business from his studio in Peckham, Quinn explained “With a show, you can see everything, it’s very immersive, very emotional. It’s hard to get that in the current circumstance, but I think [a film] can help us communicate our messaging, and that’s the main objective of any fashion show.”

Will this London Fashion Week be a success?

After June’s strange mix of online-only showcases, the BFC is now hoping this LFW will result in a success. The BFC is currently working with data analytics company Joor for a second season, providing digital wholesale services for many designers. Around 6,000 global buyers, ranging from the US and Canada to Saudi Arabia and South Korea, have already created a profile on Joor in June. While sixty collections were available on Joor in June, this number is now expected to double.

This new technology not only allows for a bigger reach in terms of who would normally be able to shop the event but also for designers who have decided not to showcase during September’s LFW. Among those, Craig Green and Wales Bonner, despite not taking part in the digital showcase, will still use Joor to share their designs and reach buyers.

What about Milan and Paris Fashion Week?

Milan Fashion Week will also mix physical and digital events. Prada will debut with Miuccia Prada and Raf Simons as co-creative directors, something that fashion enthusiasts have been eagerly awaiting. After that, Paris will also return with a fashion week schedule that looks more like your usual pre-pandemic agenda.

Until then, we will have to wait and see how London Fashion Week’s new plan goes. Being known for its innovative and rebellious edge, we can only expect the best. 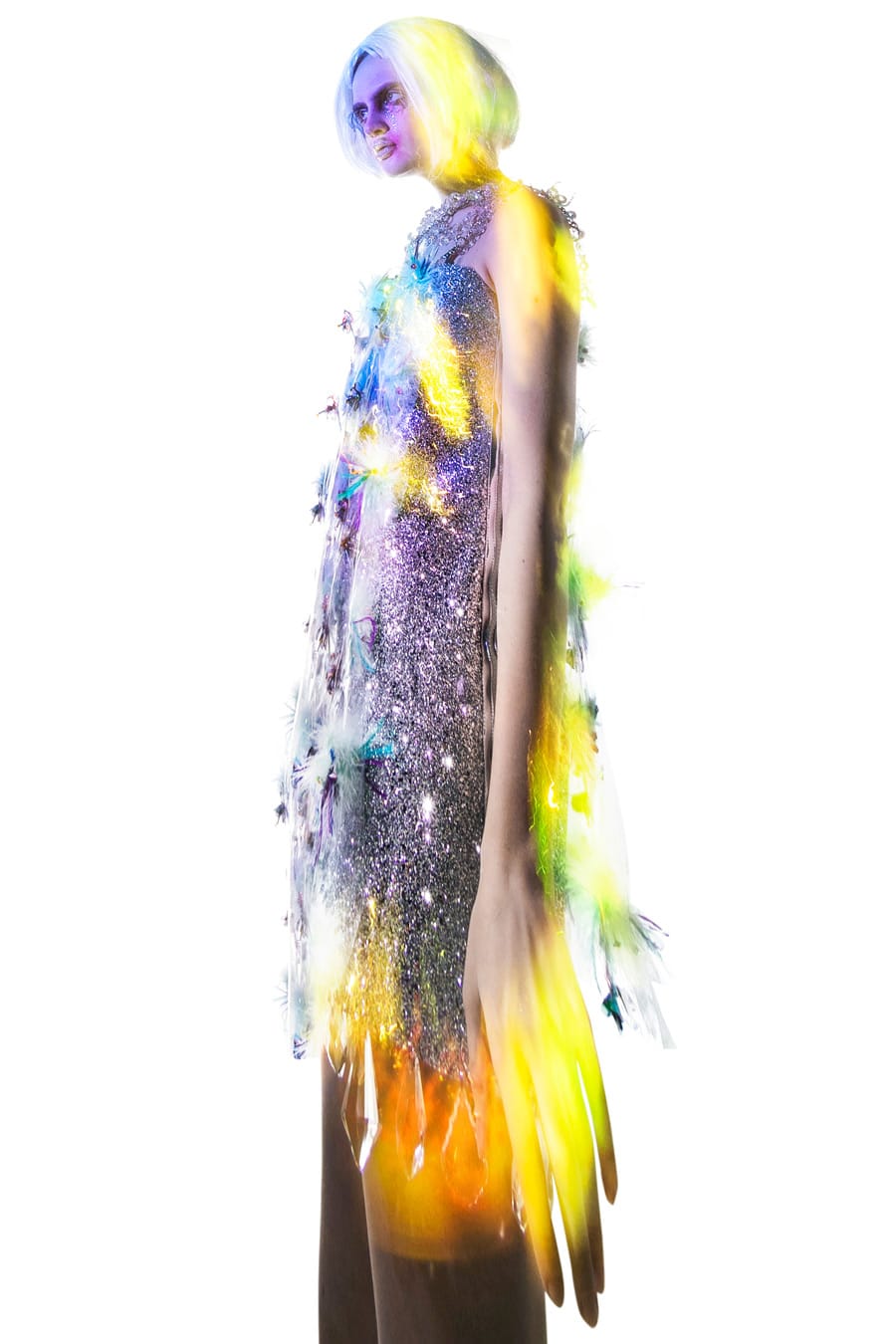 What to expect from London Fashion Week AW20

What to expect from London Fashion Week AW20

Oscar Wilde once called fashion “a form of ugliness so intolerable that we have to alter it every six months,” and not much seems to change from season to season. The whole of the fashion community—including those who aspire to be included in its exclusive clique—descend on what is to be a circus of frocks and fuckery. Everyone dresses to express their uniqueness, but it’s rather comical how that individuality often results in relative homogeneity.

Fashion week is an opportunity to dress up, to live your best life, or at least to look like you’re doing so. Even those who wear the most boring clothes all year dig to the back of their wardrobe, or beg, borrow and steal looks to be flexing at fashion week. Here’s what to expect from London Fashion Week AW20.

On the first day of fashion week, all the fashionistas are on their A-game. They have been preparing for this for months, and you know that their look will be on point for all the street style photographers. Being in the unforgiving month of February, London will be competing with the Arctic for wind temperatures; a saving grace that the puffer is still an acceptable on-trend option to be featured in the online slideshows fashionistas will eagerly be waiting for while pretending to appreciate the shows all day. Thrown over a barely-there dress and cinched with a corny belt, they’re still freezing, but at least they won’t experience hypothermia. It’s all worth it to rank at the top of #streetwear on Instagram.

The photographers themselves are even quite stylish at fashion week; well, some of them are at least. With all their lenses, SD cards, batteries and tangled mess of cables, many of them are appreciating the benefit of the recent techwear wave. Having a million pockets, straps, magnets and zips is actually practical as well as being the flavour of this season’s zeitgeist.

Since these guys are out in the cold and rain all day, waiting for the next Z list influencer to perform a ‘candid’ walk by, the layers of gore-tex shells and ultra-light down jackets are essential to keeping them not miserable. Of course, the validation of wearing Acronym and Arc’teryx doesn’t only come from the added insulation, it’s the ability to participate in the ego massaging circle jerk of discussing which pieces you have and the pissing contest of who has the most knowledge on the technology behind the clothes.

It should be said that not everyone is at 180 The Strand to be seen. Fashion week should be all about the clothes on the catwalk, or at least that’s the mantra we repeat to ourselves when we don’t have the energy, time or money to pull off a look worthy of Vogue.

If in doubt, wear something black, another one of the fashion industry’s moto since black never goes out of fashion. Somehow black’s magical properties replace insecurity with aloofness, making the wearer look down on everyone else more so than a pair of platform boots. The displeasure on fashion enthusiasts’ face as they see someone wearing ‘streetwear’ is as if they had seen someone adorned in faeces, although on the right model that would probably be something they would consider high art.

For them, the best thing about wearing black at fashion week is that it makes it easier to hide. In the darkened audience of a show, they can disappear to hide from that person they don’t want to be seen with at fashion week, but also so that nobody spots them standing and not in the front row where they think they deserve to be.

Some of you might be wondering, what about the guys at the entrance of the fashion show? What are they wearing? Well, all the headlines say that with the death of streetwear (thanks Virgil for confirming), suiting and tailored garments are in, a relief for the PR representatives that can now be considered chic wearing the same suit they’ve been power dressing in every season since they transitioned from intern to door bitch. Their structured, professional (but comfortable) attire plays a big part in asserting their authority and dominance when they need it the most turning away wannabes from the show entrance. You can determine their rank by the length of their coat, the top dogs in black floor-length cloaks, akin to fashion dementors, sucking the life out of bottom tier editors who want to upgrade their status to seated.

Fashion week would be so much more boring without the peacocks that turn up, not for the Instagram shots, but to be seen (though they will probably find a photo some photographer posted that night and share it on their feed). Unlike their animal namesake, all genders partake in the showy activity.

Although they seem to be in their own world, in this world they always go a step too far on trends that have already died or a schtick that we’re bored of (but probably still make numbers on social media). You can find brightly coloured twin looks, double hats, gender play and everything and the kitchen sink looks; but most of all the fashion cowboys come out to play. Of course, the cowboy trend happened with Calvin Klein under Raf Simons and Old Town Road swept the globe in 2019, but after so many fashion weeks where these peacocks put on western cosplay, it’s stale.

And by now, you must be wondering what I will be doing at London Fashion Week. It’s simple, my goal is to show how amazing it is to the world, all its idiosyncrasies included. Through the platform I work on with a whole team of fashion obsessives, High Fashion Talk, we communicate what goes on at fashion week; all the shows, the attendants, events, activations, designers and creatives that come together. Fashion week isn’t just about influencers and the big brands that pay them to be there, and we want to make sure that the full story is communicated while supporting everyone who works hard in the fashion industry.

Meet Iolo Edwards, our new fashion columnist! Edwards is a photographer, videographer and the founder of the Facebook group High Fashion Talk, a platform for fashion enthusiasts to share pictures, opinions, and discuss every little thing that happens in the fashion industry. With more than 30,000 members, HFT has established itself as a trusted source of information for fashion breaking news and a safe space for open conversations. Feel like you have some serious fashion knowledge to share? Join the community!