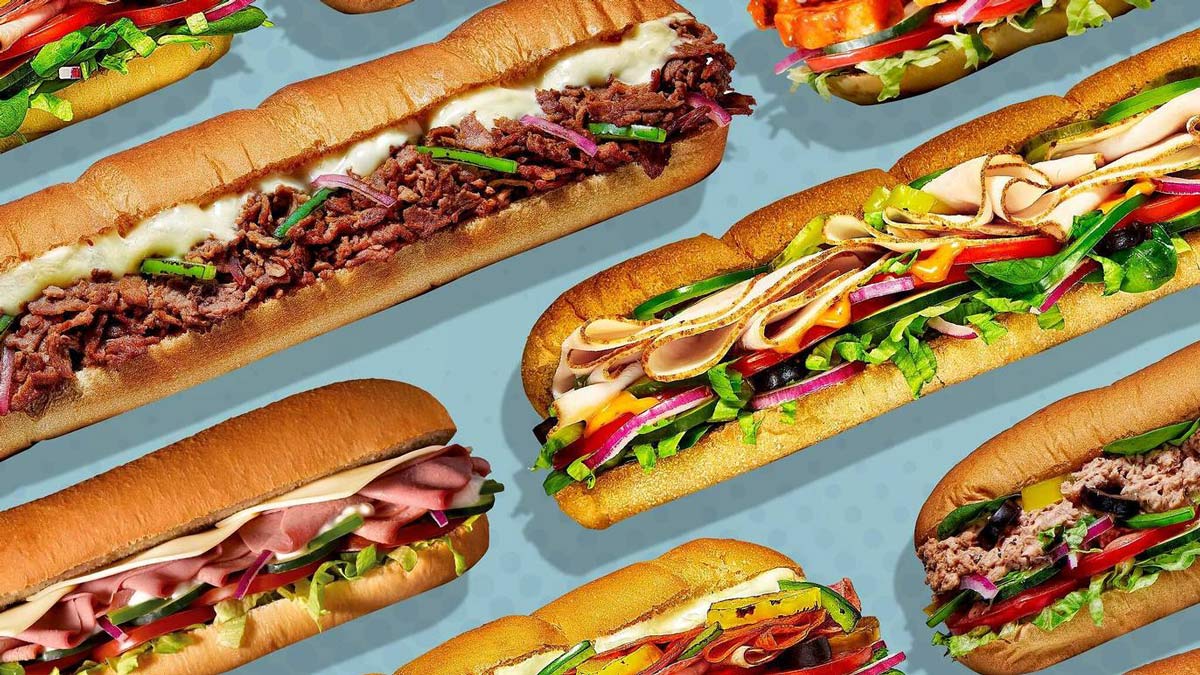 First, Subway lied to us about its bread being actual bread. Then, it tried to sell us ‘foot-long sandwiches’ that were in fact only 11 to 11.5 inches long. Now, it looks like it might have been lying about its infamous tuna sandwiches too. If you’re a Subway enthusiast yourself, let me give you two options before you decide to read on about the ‘tuna scandal’. If you also watched that awful video on how McDonald’s chicken nuggets are made when you were younger and still carried on eating your box of 12 with a side of barbecue sauce religiously, then you’re basically bulletproof, you can continue reading this. If you’re worried this might put you off from one of your favourite treats however, you might want to close this tab right away.

Okay, now that the wimps are gone, let’s get into it. An investigation conducted by The New York Times and published on 19 June has reignited the controversy surrounding January’s reports that Subway—yes, the world’s largest sandwich chain—is facing a class-action lawsuit in the state of California that claims its tuna sandwiches “are completely bereft of tuna as an ingredient.”

At the time of the scandalous revelation, The Washington Post was one of the first publications to truly look into it. Shortly after that, the internet caught wind of it, and the news became just another opportunity for jokes, memes, and viral tweets.

On the receiving end, Subway categorically denied the allegations. “There simply is no truth to the allegations in the complaint that was filed in California,” a spokeswoman wrote in an email to The New York Times. “Subway delivers 100 percent cooked tuna to its restaurants, which is mixed with mayonnaise and used in freshly made sandwiches, wraps and salads that are served to and enjoyed by our guests.” Of course the sandwich chain would say that.

So, what are those tuna sandwiches made of?

In order to double-check whether the claims made against Subway were based on real evidence, The New York Times decided to acquire “more than 60in worth of Subway tuna sandwiches” from three Los Angeles storefronts, and then brought them to a specialised fish-testing lab. “Researchers were unable to pinpoint a species,” concludes The Guardian reporting on the same matter.

In fact, the lab came up with two potential explanations for its lack of an answer. One, it’s so heavily processed that whatever they could pull out, they simply couldn’t make an identification. Or they did manage to pull some DNA out of those sandwiches, only there just wasn’t anything there that’s actual tuna. Catch-22, much?

Yet in February, when Inside Edition ran a similar test based on samples from New York, Florida-based lab Applied Food Technologies confirmed the presence of tuna. And earlier this month, the Californian customers who sued Subway took back some of their more incendiary claims. That being said, they still claimed “labelling, marketing and advertising” for Subway’s tuna products was “false and misleading.”

Meanwhile, Subway made a point of fiercely defending the integrity of its tuna supply, calling the most recent lawsuit “baseless.” Earlier this year, it touted its “100% real wild-caught tuna” on its website and offered a 15 per cent discount on foot-long tuna subs under the promo code “ITSREAL.” Nice try Subway, but that doesn’t really prove anything without actual transparency on where your ‘tuna’ comes from.

For now, it looks like the tuna scandal won’t be resolved anytime soon. Although seafood experts have suggested that Subway may not be to blame if its tuna is in fact not tuna, blaming the chain’s tuna supplier instead—are we cool with fast food restaurants not checking where their products come from exactly before feeding them to us? I’m not, and I was one of those McDonald’s nuggets gobblers. That says a lot. Get your shit together and your tuna right from the source, Subway. 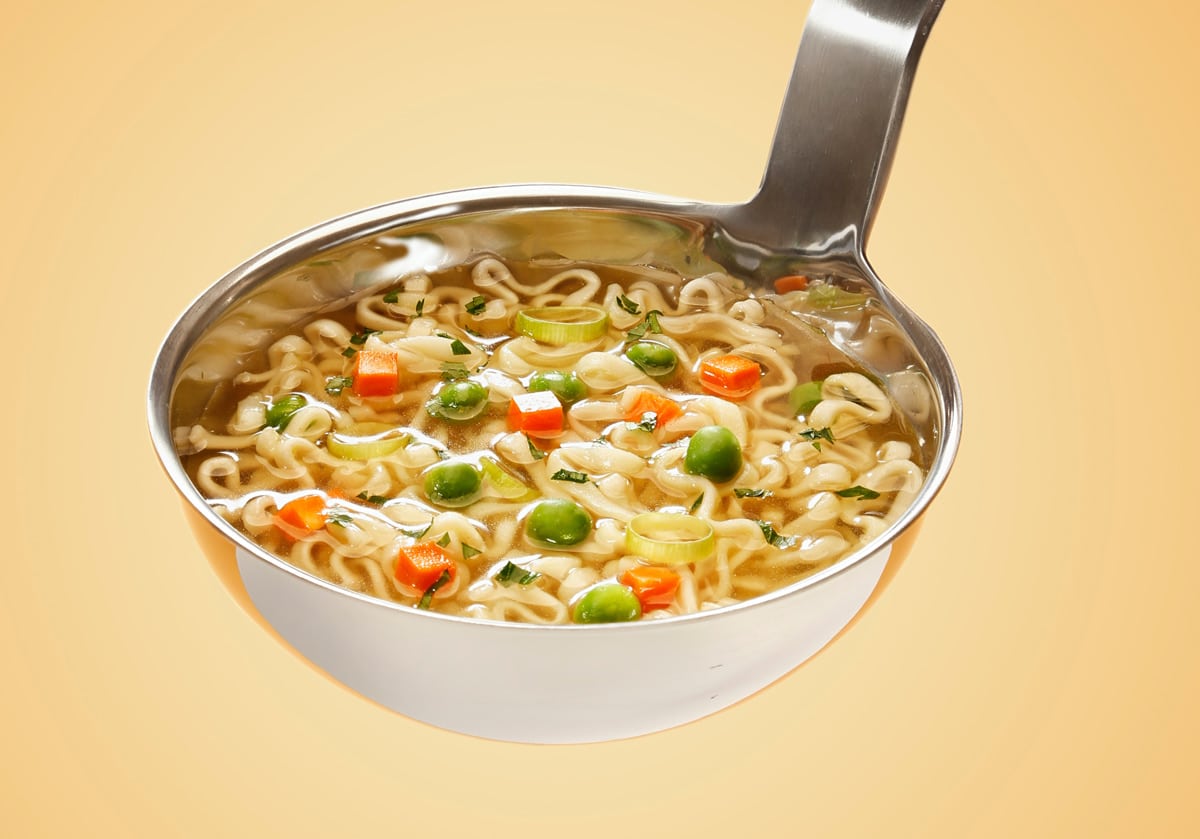 Pesto eggs or cloud bread? Here are the 5 most popular food trends on TikTok

If, like so many of us, you’ve developed an unhealthy obsession with TikTok since the start of COVID-19, then you probably have a small idea of exactly how the video-sharing app influences trends in all aspects of our culture. As a result, you’ve most definitely heard of the latest food craze surrounding pesto eggs. Initially revealed as a must-try by TikTok user @AmyWilichowski, her video has now over 1.4 million likes while the hashtag #pestoeggs has collected more than 106 million views. Because we know that TikTok has a lot more to offer than the viral pesto eggs, we’ve scrawled through brand new data to bring you the five most popular food trends on the app, from cloud bread to dalgona coffee.

To crown the ultimate food hack, cake shop Jack and Beyond collected the number of views of the top food trends on the app. Just because trends like banana bread, crème brulée and crispy potatoes seemed too obvious to even mention, I listed the five most creative trends you might not be fully aware of just yet.

With over 3 billion views on TikTok, first place goes to #cloudbread. Responsible for keeping most TikTok users entertained in the kitchen during the pandemic, cloud bread is unique in the fact that it is a way fluffier alternative to normal bread. In some instances, bakers went as far as to dye their bread to create the ultimate cloud effect, making it the perfect social media hit.

In second place is every caffeine addict’s dream, the infamous whipped (or dalgona) coffee, also known as poop coffee because of its resemblance to, well, poop. The drink only uses three ingredients, and reportedly is like drinking a ‘coffee cloud.’ With nearly 3 billion views on the #whippedcoffee, the caffeine delight is sure to be a nice alternative to your regular WFH coffee breaks.

Pancake cereal claims third place. Pretty much what it says on the tin, the mini sweet treats have endless possibilities with toppings like golden syrup, Nutella, or yoghurt—it explains why the #pancakecereal has over 1 billion views on TikTok.

I’m willing to bet that absolutely no one who’s been on TikTok in the last six months has been able to escape the baked feta pasta trend. You know what I’m talking about, the simple hack which involves baking a block of feta cheese with some tomatoes in the oven has had over 1 million views on the app and has been described as ‘the perfect weeknight pasta dish.’

TikTok’s favourite healthy breakfast went full-on viral after Lizzo gave it her seal of approval. We have TikTok user @natures_food to thank for this one, after he shared a recipe for a common dish he dubbed “nature’s cereal” containing the following ingredients: pomegranate seeds, coconut water and a handful of blackberries, blueberries and strawberries. Yep, you guessed it, it’s nothing more than a fancy fruit salad—you have to admit though that ‘nature’s cereal’ sounds ten times sweeter.

On that note, we’ll let you decide which food trend you’re interested in trying yourself first. Personally, not to jump on the bandwagon, but pesto eggs remain one of my favourites. Avocado toast who?