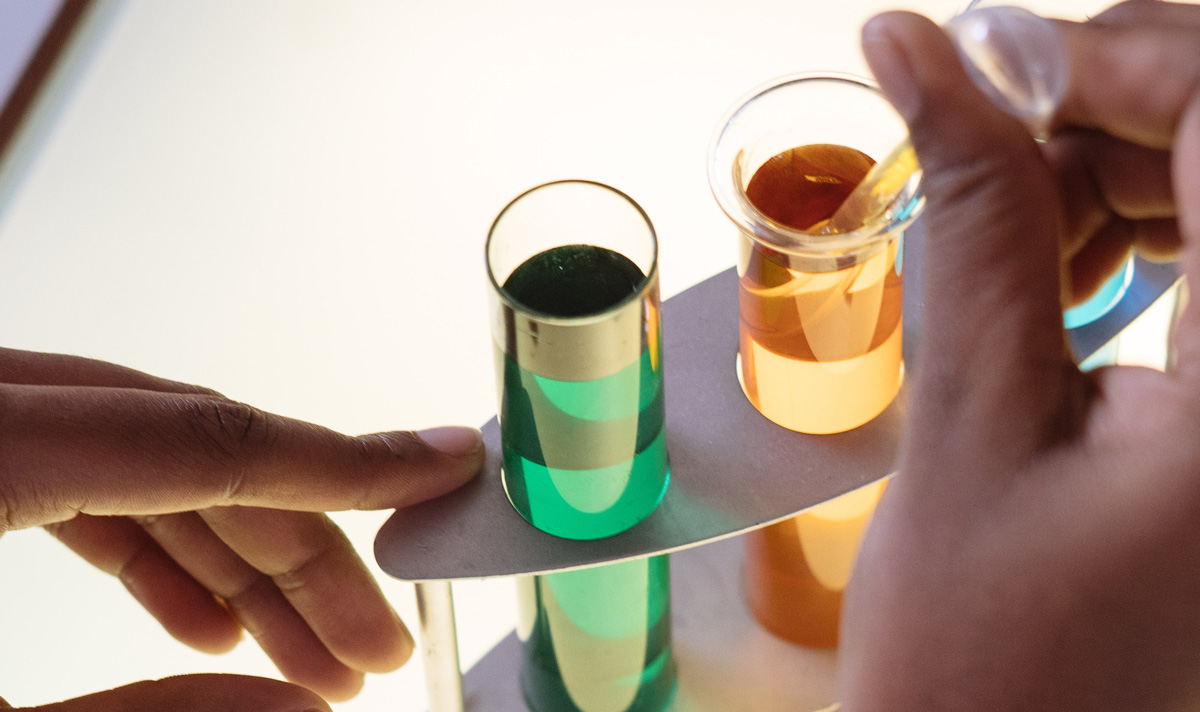 Scientists have discovered a bacteria that eats toxic metals in water, making it safe for consumption

Scientists at the Indian Institute of Technology, Banaras Hindu University (IIT-BHU) have discovered a bacteria capable of separating toxic metal from water, making the water safe for human consumption. The research was published in the international Journal of Environmental Chemical Engineering, where the scientists named the bacteria “Microbacterium paraoxydans strain VSVM IIT (BHU).” So, how does it work exactly and what makes water unsafe in the first place?

The strain—let’s not use its long-winded name—was isolated by Doctor Vishal Mishra and PhD student Veer Singh who removed the toxins from water that was procured from a contaminated site. The bacteria separates toxic hexavalent chromium from wastewater. In case that doesn’t make much sense to you—I hear you—the toxic elements, in this case metals, present in water can, if consumed, cause health problems including different kinds of cancers, liver ailments, and kidney issues.

According to the researchers, the bacterial strain is able to tolerate high concentrations of hexavalent chromium, which they believe is highly effective for removing the toxic material from wastewater when compared to more conventional methods.

If this strain were ever to be included in water treatment practices, any additional separation process would then become unnecessary. On top of that, the researchers also claim that the bacterial treatment would be way cheaper than current methods in terms of required equipment and chemicals.

When researching the bacteria, the team tested its reaction to hexavalent chromium in industrial as well as synthetic wastewater and found satisfactory results. This proves how effective using the bacteria as part of a new water treatment technique could be. “Bacteria is easy to cultivate and can serve the purpose extremely well. Unlike water treatment, no skilled workforce is required to culture bacteria,” wrote the India Times.

In India, where clean water access remains a privilege in many regions, the strain’s easy-to-use capability could change things for the better. Water-borne diseases kill 3.4 million people in the world, mostly in developing countries each year, according to the World Health Organization (WHO). Metals like hexavalent chromium and the illnesses they can lead to have been a big problem especially in India and China. Most of these metals are consumed through contaminated water in the developing world. 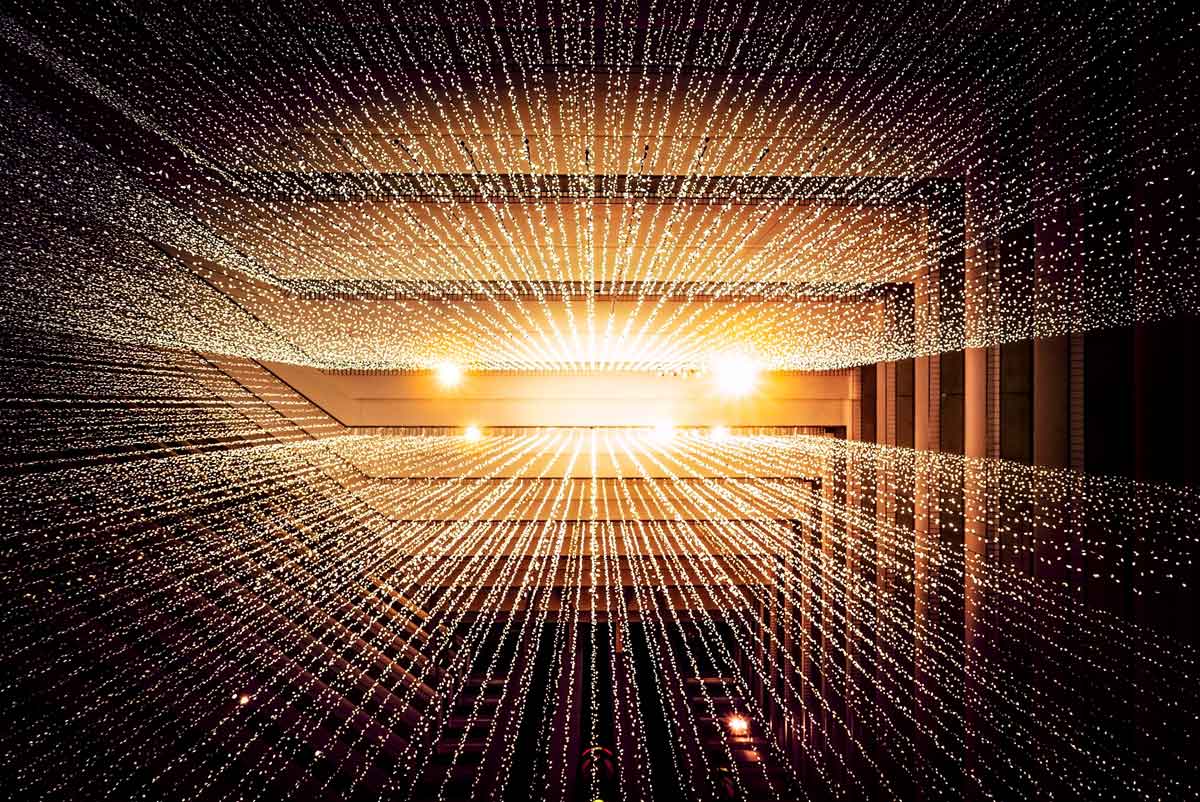 Can you imagine a world without the internet? As you read this article, undoubtedly through the internet, the sun is showering the Earth with magnetised particles known as the solar wind. For the most part, we’re protected by Earth’s magnetic shield which blocks solar wind from doing any real damage to our planet or its inhabitants. However, every century or so, that solar wind escalates into a solar storm—which new research suggests could be catastrophic to our global internet infrastructure (and modern inter-connected life as we know it).

The underwater cables that connect nations could go offline for months

The study, presented at the ACM SIGCOMM 2021 data communication conference, postulates that a severe solar storm could cause significant damage to underwater cables—leaving large swathes of society offline for weeks or even months. The paper, written by Sangeetha Abdu Jyothi from the University of California, Irvine, has led some to suggest that an ‘internet apocalypse’ could be imminent. Although take this with a pinch of salt as the study has yet to appear in a peer-reviewed journal.

In an interview with WIRED, Abdu Jyothi warned that she saw how “unprepared the world was” for this to happen. “There was no protocol to deal with it effectively, and it’s the same with internet resilience. Our infrastructure is not prepared for a large-scale solar event.”

The reason for this lack of preparedness stems from the fact solar storms are relatively rare. According to Abdy Jyothi’s paper, scientists estimate the probability of extreme space weather directly impacting Earth is somewhere between 1.6 and 12 per cent each decade. In fact, taking a look back in recent history, only two solar storms—one in 1859 and one in 1921—have been recorded. The former, known as the Carrington Event, was powerful enough that telephone wires burst into flames and Aurora Borealis (The Northern Lights) were spotted in the not-so-Northern country of Columbia. But these geomagnetic disturbances occurred before electric grids were established.

And after three decades of recorded low solar storm activity, researchers are suggesting there is a rising possibility that another solar storm is on our horizon. So, is it time to start panicking? You’d be forgiven for thinking so. History has shown us that even smaller storms can cause disruption. In March 1989, a storm blacked out the entire Canadian province of Quebec for nine hours—but that too occurred before modern internet infrastructure.

It goes without saying that, since then, humanity has vastly evolved: we’ve become reliant on the global internet for pretty much everything you can think of, from supply chains to online banking. Despite this, the potential impacts of a geomagnetic storm on new internet infrastructure remains largely unstudied, as Abdy Jyothi highlights in her paper.

The good news (and the bad)

The good news is that the infrastructure of what makes up the global internet is built for resilience. In the event of a solar storm, if one pathway isn’t available the traffic reroutes to different paths across the network—a system that could theoretically keep connectivity up and running. Think of these as connections as roads in a city: Abdy Jyothi warns that if enough of these connections (or roads) are damaged, then it would start to destabilise the entire network.

But it gets worse: if humanity was incredibly unlucky, cable outages could occur in a way that would malfunction foundational data routing systems, creating knock-on outages, Abdy Jyothi warns. Think of this as the internet version of a traffic jam if every road sign and traffic light stopped working on busy intersections across a major city.

Fortunately, if the worst does occur, chances are it won’t impact everyone on Earth unilaterally. Coronal mass ejections—the significant release of plasma and accompanying magnetic fields released from solar storms—tend to have more impact at higher latitudes. Bad news if you’re reading this from Northern Europe.

Abdu Jyothi worries about the cables in some regions more than others: those closer to the equator could still continue to share dank memes, but at what cost? Global geopolitical instability? Those in Asia face the least risk of solar storms, partly due to the continent’s latitude and partly due to Singapore acting as a hub for many undersea cables in the region. Underwater cables which cross the Atlantic and Pacific oceans, however, would be a greater risk from even moderate storms.

The impact extreme solar storms can have on our infrastructure is still vastly unknown. This is particularly true for the internet: history is unable to tell us the scale of damage coronal mass ejections will have on the backbone of internet infrastructure because it simply hasn’t been around long enough. Abdu Jyothi emphasises that her study is only scratching the surface and that extensive interdisciplinary research is needed to understand the scale of the threat that is at hand. However, while severe solar storms are extremely rare, it doesn’t take a rocket scientist to deduce that the stakes could be perilously high.