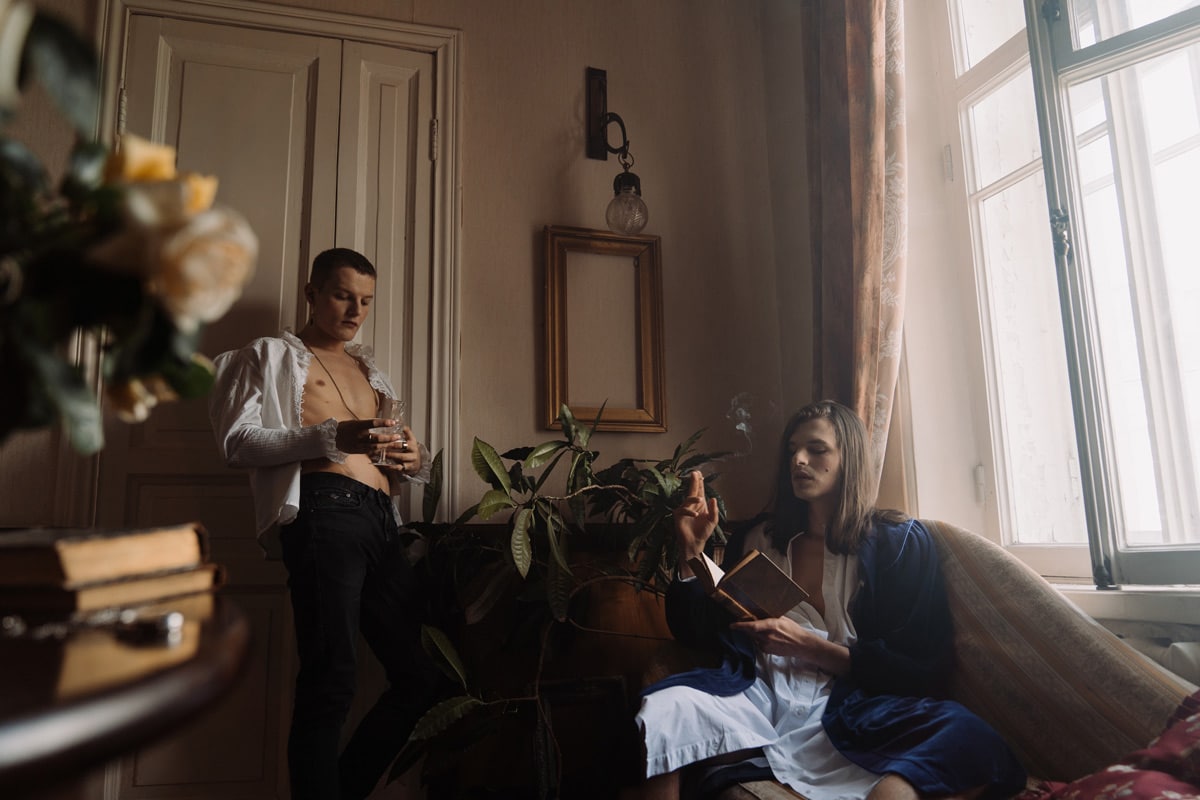 It’s an April afternoon in Hyde Park, London. The distinctive smell of weed fills the air, sound systems blast reggae as plumes of smoke leave the crowd in the mist. Yes, that’s right—I’m talking about the incoming 420. In less than a week, parks across the country, and much of the world, will undoubtedly display similar scenes to London. For stoners, the day is an annual celebration of the plant, despite its elusive nature. Where does the term 420 come from, and what are the go-to steps to a safe smoking sesh without the risk of getting into trouble?

Why does 420 exist and where did it come from?

Although 20 April is as hyped up for stoners as 4 May is for Star Wars fanatics, the origins of the annual celebration still remain a mystery. Steven Hager, editor of the marijuana-focused news site High Times, believes that the ritual was started by a group of high school students in the 1970s.

Users on Reddit also claim that the ritual might have dated back to 1939 after finding a somewhat unclear reference in the short story titled In the Walls of Eryx, which was published that same year.

What are the laws surrounding cannabis in the UK?

Countries across the world are experiencing a cannabis legalisation revolution, acknowledging its medicinal and economic benefits. Over the last decade, the US has seen a wave of cannabis legalisation. During the COVID-19 pandemic, the drug was even deemed essential in many states.

In the UK, however, weed is painted in a less positive light. Cannabis remains a Class B drug in the country, although it was briefly deregulated to a Class C from 2004 to 2009. Generally speaking, if you’re caught in possession of a small amount of weed for personal use in the UK, you may receive a formal caution. Although, according to official Crown Prosecution guidance, when a person is caught with even a minimal amount of Class B or Class C drug, a prosecution should be the usual course of action.

If you receive a caution, this will be dealt with at the police station, however, you must admit you are guilty of the offence in order to receive one. If you refuse to accept a caution in the first place, you could then be taken to court. If you already have a criminal record, it’s worth noting that even a formal caution can be added to it, which could be problematic for employment, travel or education.

Cautions can also come with added conditions, such as drug treatment, although according to the drug law charity Release, most don’t. If you are caught with cannabis for personal use as a first-time offender, it is likely you’ll only be given a warning. If it happens a second time, you could be given an on-the-spot fine.

You might also be charged with possession if you have had previous cautions or similar offences before. This applies even if you have a small amount of weed on you. Likewise, there’s no set reference that the police use to determine whether you’re carrying enough for personal possession.

As a result, this could either land you a caution or intent to supply, which would result in prosecution. This lack of clarity means it’s possible to challenge a decision to charge you instead of giving you a caution but it also accentuates the fact that in the UK, you can never know for sure what trouble carrying cannabis will get you. In other words, stay alert this 420.

Stop-and-searches in the UK have skyrocketed during the COVID-19 pandemic. Luckily, according to an independent watchdog, police aren’t allowed to conduct a stop-and-search—following an event where Emmanuel Arthur, founder of the Black Cyclists Network, was searched for ‘smelling of cannabis’ despite having no drugs on him. Emmanual’s experience embodies the deep racial divide that comes with stop-and-searches—with black people nine times more likely than white to be stopped.

Last month, it was reported that Metropolitan police could change how it deals with cannabis possession due to concerns that these stop-and-search powers are damaging community relations, with little effect on combating the illegal drug market. The move is part of the plans drawn up by Sadiq Khan, London’s mayor, in an attempt to ease the race crisis in policing.

That being said, if you are planning on celebrating 420 in public this year, your best bet is to remain under the radar and not let the police see your stash. A student from Birmingham told Screen Shot that rolling their joints with other herbs can also help mask the smell. Another person from Leeds said that they use contraptions, such as this smell-proof tin disguised as a can of Fanta, to conceal their weed.

These handy tactics could help you avoid trouble. However, arguably the most effective method is strength in numbers. In 2019, thousands attended the annual celebration in Hyde Park to smoke up—no arrests were made. It goes to show that those who find weed beneficial to their lives are able to gather, in mass numbers, to peacefully celebrate a plant with little to no drama. 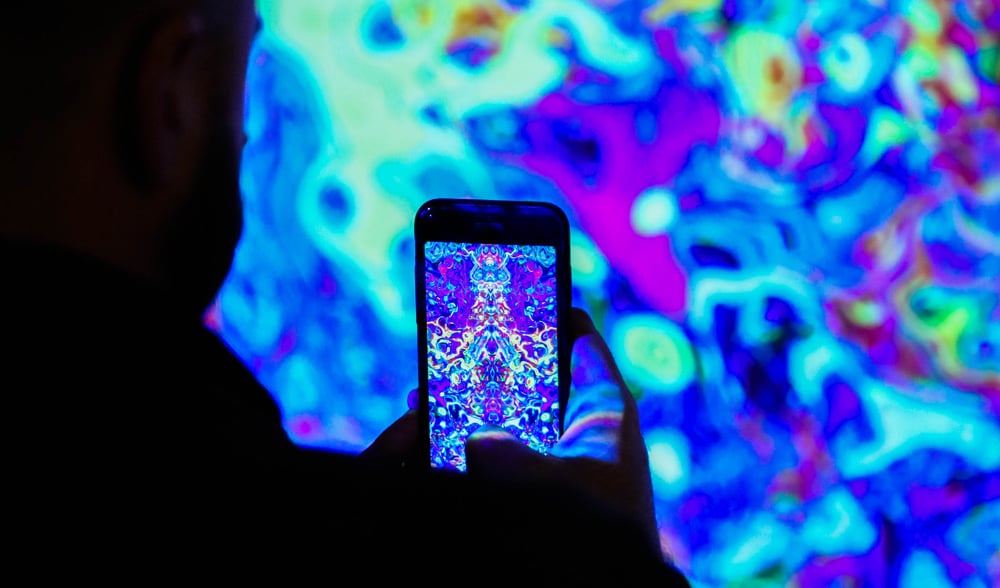 The best tech products and weed accessories to celebrate 420

Today is 420, the first and hopefully the last one we will celebrate while in quarantine. If you’re a weed enthusiast, you most likely spend any extra time you can get on finding out how to level up your smoking (or vaporizing) game.

For this 420, whether you’re planning on smoking twice as much as you would usually do or you’ve smoked up your stash weeks ago and are about to ride the cooking craze wave and bake space cakes to properly celebrate 420, we selected the weed gadgets and tech products just for you in order to enhance your smoking experience and make this 420 extra special. Here are the best tech products for stoners.

Strain Genie is a platform that matches your DNA with the weed strain that, according to their research, is the best fit for you depending on your health. By partnering with home-testing companies such as 23AndMe, MyHeritage, Ancestry and FamilyTreeDNA, Strain Genie provides users with a test kit that will later on be processed to generate a personalised 19-page cannabis report. “Know which dosages and ratios of cannabinoids and terpenes you should prioritize on your informed cannabis journey,” reads Strain Genie’s website.

Some of you might be wary of what a DNA testing kit may represent, but once you manage to overlook this aspect, you might discover some important facts about your cannabis consumption and discover different strains of it. We knew 2019 was the year of DNA home-testing kits, but you might want to give it another go in 2020, if only for a better high.

Tech is constantly innovating, even in the weed industry with the help of cannabis tech apps. While most of them only work in specific locations—as they exist in accordance to whether smoking and buying weed is legal or not—they are still worth mentioning to get a sense of what the future of legalisation looks like.

Leafly, for instance, is an app that contains a detailed database of cannabis strains, cannabis-related latest news, and which gives users the possibility to choose a weed strain according to the different symptoms they want to cure.

EazeMD was an app that was only available in California that enabled face-to-face virtual consultations with doctors who could eventually send patients recommendations. As a medical marijuana recommendation is no longer required for most areas in California, the app shifted into Eaze, a delivery service for cannabis products. While ordering weed legally on an app sounds like a far away dream for non California residents, Eaze showcases a near future where medical marijuana is not only legalised, but easily accessible through digital technology.

For all the tech and weed enthusiasts out there who intend to level up the way in which they consume cannabis this 420, hi-tech vaporizers are the way forward. Characterised by cutting edge designs, these vaporizers are set to enhance your weed experience. In other words, you’re about to get high on another level.

Among them is the PAX 3, a portable vape that works with both flowers and concentrates. Its accompanying app also provides temperature control and management of vapour and flavour output to make sure users can balance it out according to their preferences.

If PAX 3 is a decent upgrade, Puffco Peak is the ultimate luxury vaporizer. For $379,99, this portable see-through electronic vaporizer eliminates the manual parts of the dabbing process, making it all smooth and clean.

I see you ordering your new vaporizer with next day delivery. Enjoy as responsibly as you can, and happy 420!