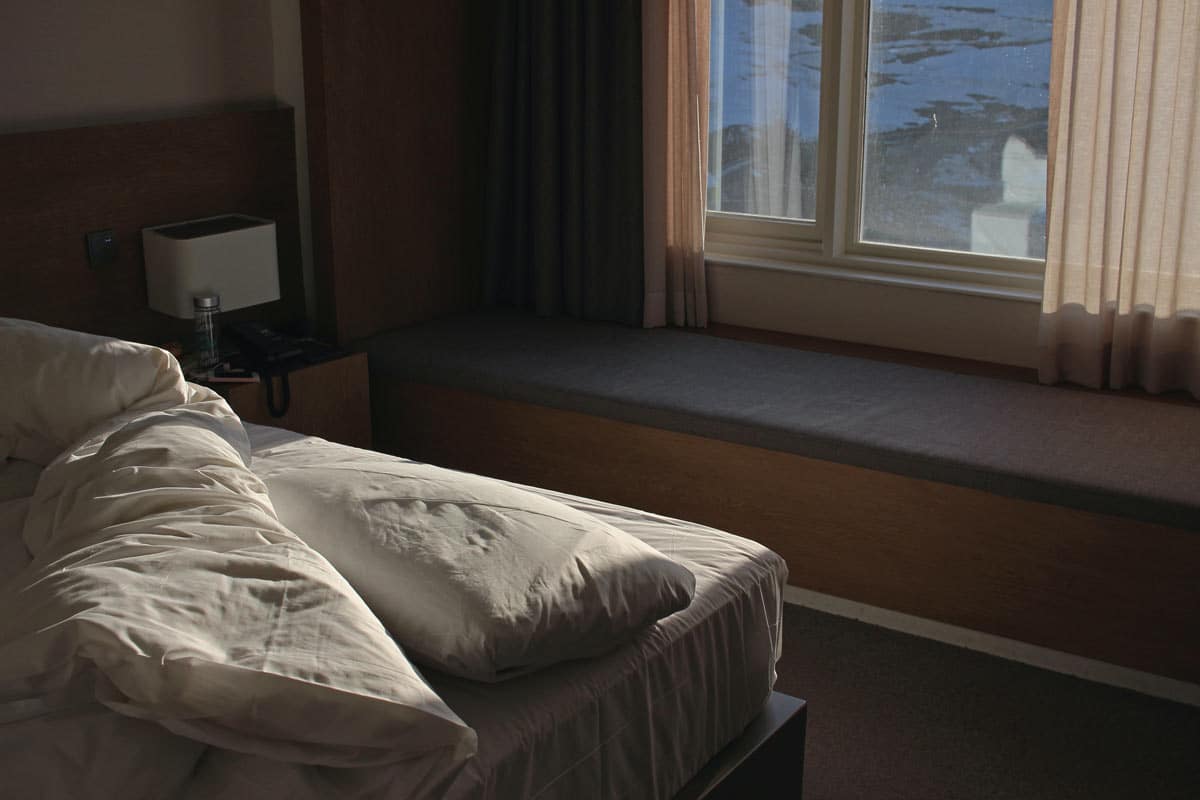 Many of us like to scroll through the apps on our phones before we go to bed. Resisting the temptation isn’t easy, and one problem is that you might feel an urge to open up news apps such as the BBC or The Daily Mail, among many other options out there, to read an array of stories that could potentially make you upset, worried, or just downright angry. None of these feelings are ones that’ll help you get a good night’s sleep. With that in mind, don’t do what many are now calling doomscrolling and instead try one of these three alternatives to help you relax before bed.

Place a bet on a game

Instead of thinking about the news, why not think about sport instead. Watching a game live would probably pump you up with too much unnecessary adrenaline before going to sleep, especially if you passionately want one team to win over the other. Instead, you could watch highlights of games that have already taken place during the week, which you already know the result of, but you just want to recap over the talent that managed to secure that result. You could even relive some of the most classic moments in games from decades ago. Epic matches from the past are freely available on streaming websites like YouTube, and are well worth a watch.

If you want to do something more mentally challenging than simply watching a game with your last few moments of the day before you go to sleep, why not try and predict the outcome of future games instead? No matter what sport you follow, you’ll be able to use a sports betting website, with access from your phone too, and get weighing up some odds on almost any game that’s happening around the world. Once you’ve placed your bet, you’re creating a little bit more excitement for you when you watch the game later in the week.

Play a game yourself

If you’re not into sports, why not find a different kind of game that you can enjoy playing before bed. No matter what kind of games you’re into, you’re highly likely to find a version that you can play on your smartphone. If you’re a big console fan but don’t want to wake anyone else up while playing games in bed, there are lots of first-person shooters and other arcade options that you can play on the small screen with your headphones in. If you fancy something a little simpler, why not download a crossword, wordsearch, or even a sudoku app for a more peaceful game you can complete in your own time.

Turn up the tranquillity

If you struggle to fall asleep at night, there are ways your phone could actually improve the chances of you getting a good night’s sleep. For example, there are a number of apps that can play you tranquil music and peaceful readings before you go to sleep. You can even find versions of these as videos, like ASMR, to stream on websites like YouTube. There are lots of different techniques to help you get to sleep, so try a few until you find the one that works for you. 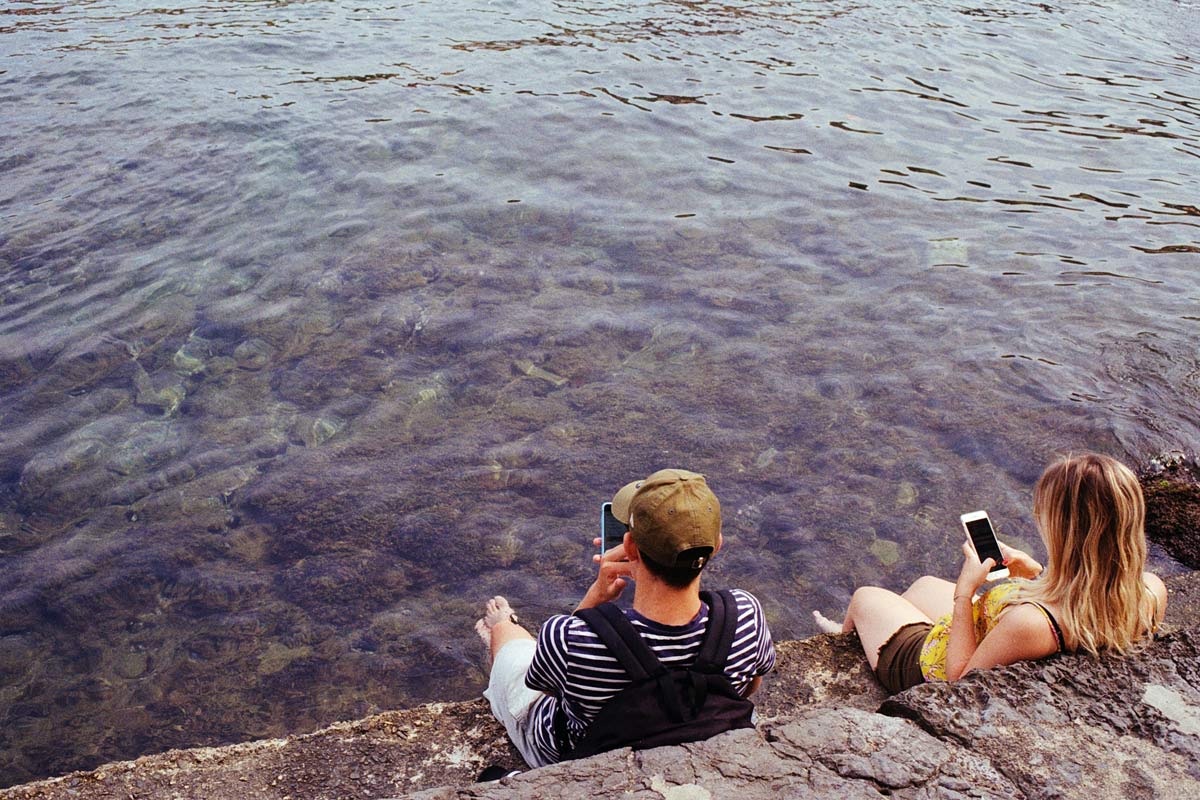 Although the science behind whether screen time is actually bad for kids is not yet settled, many parents are still worried about their children spending too much time staring at tablets, televisions and phones—so much so that some are even hiring screen consultants to raise their kids ‘phone-free’. For these families, voice and audio games have arrived as a welcomed healthier alternative, and as a result, they have rocketed up the download charts during the COVID-19 pandemic. So what’s the buzz around voice and audio games, and could they become a future trend for adults too?

While most of those games run on voice assistants like Amazon’s Alexa, some don’t and were instead built similarly to a cassette player. Among them is the company Yoto and its Yoto Player, a screen-free speaker made for children, controlled with physical cards and “playing only the audio content you want them to listen to.” Yoto Player has no camera, no microphone, and no ads.

Just like the game cartridges you probably used in your Nintendo as a kid, users can click in a card pre-recorded with a story or game. Yoto can also play fresh daily episodes, such as the children’s daily newscast.

Back when Tanya Basu first reported on voice games in 2019 for the MIT Technology Review, they mostly took the form of choose-your-own-adventure stories and trivia competitions. Now, they are growing in sophistication. “The game Lemonade Stand, for example, lets kids practice running a business, while in Kids Court, a voice assistant adjudicates arguments between children by having them talk out their differences,” writes Basu in a recent overview of the games.

For most of those voice games, different players can play the same game without having to be in the same place, or playing at the same time. Max Child, founder of Volley, a publisher of voice games, says that grandparents will often play on their own time and text their grandchildren about their progress, and the children will advance their moves when they have a minute.

Volley’s most popular voice game is Yes Sire, an immersive tale that imagines the player as “the ruthless ruler of a fiefdom.” On top of the obvious positive point that audio games represent, parents also like the amount of creativity they require from players. With audio stories and games, information isn’t presented to you on a platter. On the contrary, imagination is required, and it takes more focus and attention than gazing at a screen. Because of that, it’s not just kids who are slowly renouncing screens; adults are a growing market for voice games too.

Volley, for example, has some “mature” games, like Love Taps, Sherlock, The Last Dragon and Infected, which include explicit language and content aimed at an older audience. And Yoto’s CEO Ben Drury even says that besides enjoying the opportunity to participate with grandchildren, older people have also found it empowering to be able to play games with their voices rather than learning how to navigate a console or controller.

Of course, they’re not perfect yet. Voice games often misunderstand users, particularly kids who are just learning how to enunciate, and it’s too soon to tell if the pandemic’s boom in audio and voice games will end as soon as vaccines make it possible to hang out in person once again. But until then, doesn’t a game of Infected sound fun instead of your usual go-to podcast?