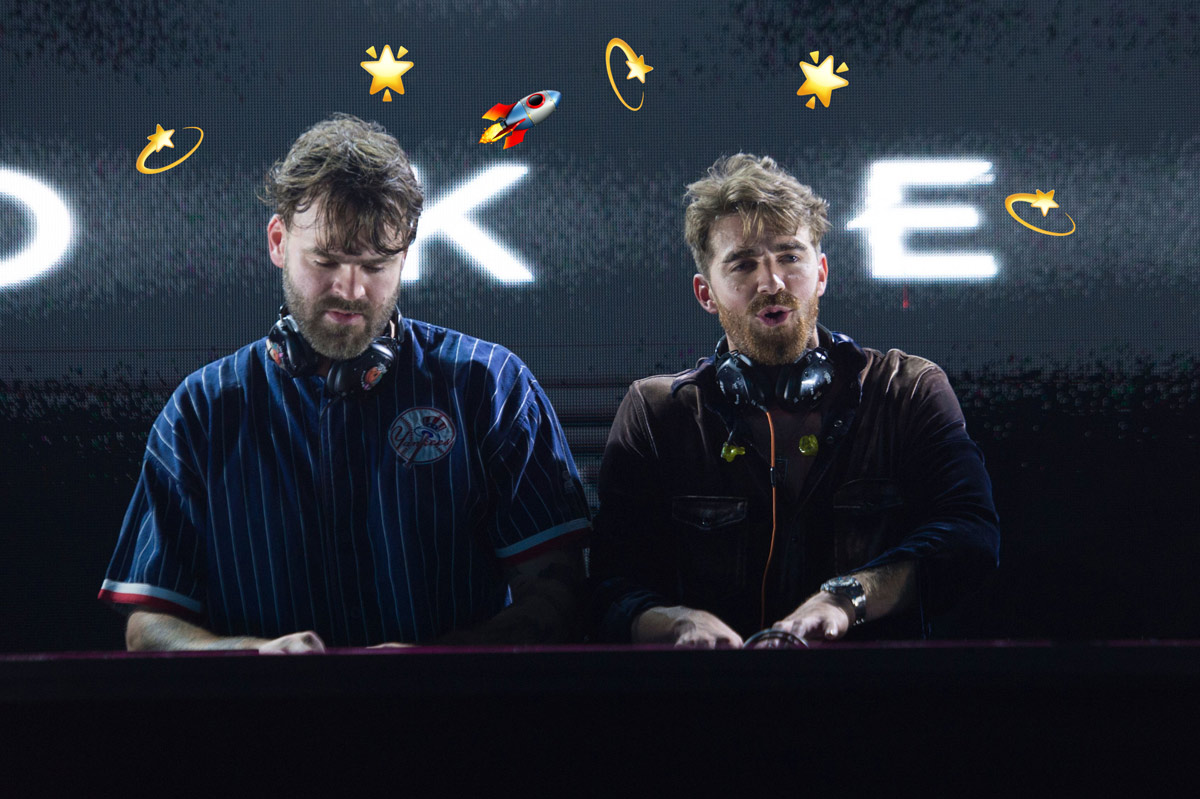 Electronic duo—and EDM nightmare to most—The Chainsmokers are going to space. Yep, you read that right, we might finally get rid of them. Well, if anything goes wrong with the over-the-top mission, that is.

On 18 July 2022, the Associated Press (AP) announced that the “hit-making duo of Drew Taggart and Alex Pall” had signed up to get into a pressurised capsule tethered to a stratospheric balloon in 2024. What for, you ask? Oh, just to perform some 20 miles above the Earth—at “the edge of space”—because why not when you’re already that pretentious?

As surprising as it may sound to some of you, the two white male DJs weren’t the ones behind this egomaniacal idea. Space tourism company World View partnered with the musical duo to come up with the plan, as well as to provide the actual resources needed to send two space novices on an intergalactic bender.

“We have always dreamed of going to space and are stoked to collaborate with World View to have this adventure and experience,” said The Chainsmokers in a statement. “We know the views of both Earth and space are going to be incredible and inspiring and we hope to leverage this flight for creativity on future projects.”

Speaking to the AP, World View CEO Ryan Hartman mirrored the DJs’ statement just above, “We think about inspiring new perspectives and how those new perspectives can lead to a radically improved future for our Earth.” He continued, “To be able to reach the audience of The Chainsmokers through Alex and Drew’s work contributes to our mission as well. It’s something that I’m personally inspired by and excited about.”

As we continue to witness the appearance of more and more private space exploration firms offering seats to the public, from Jeff Bezos’ Blue Origin and Richard Branson’s Virgin Galactic to Elon Musk’s SpaceX, it’s not hard to figure out why World View picked The Chainsmokers—to reach and hopefully attract a younger audience.

Hartman also added that he watched as his youngest son belted out lyrics from the duo’s songs and was inspired by the band’s popularity. He explained the flight to the pair over dinner. “I have just seen firsthand and personally how their music reaches a lot of different groups, a lot of different age groups and just how passionate they are about their music and their art. It matches our passion for what we do,” he told the AP.

Each World View balloon capsule is designed to seat eight passengers and reach a peak altitude of 100,000 feet (30,480 metres). Flights will last six to 12 hours. The Chainsmokers will become the first musical artists to perform in space.

Though no details concerning potential additional guests have been shared yet, it’s been revealed that the band is set to join a group of mostly scientists and engineers on one of World View’s inaugural 2024 flights.

On its journey to steal the hearts of younger generations, the space tourism company also announced in May that it was welcoming actor, environmentalist and UN Environment Goodwill Ambassador Adrian Grenier—yes, Vince from Entourage—as its Chief Earth Advocate.