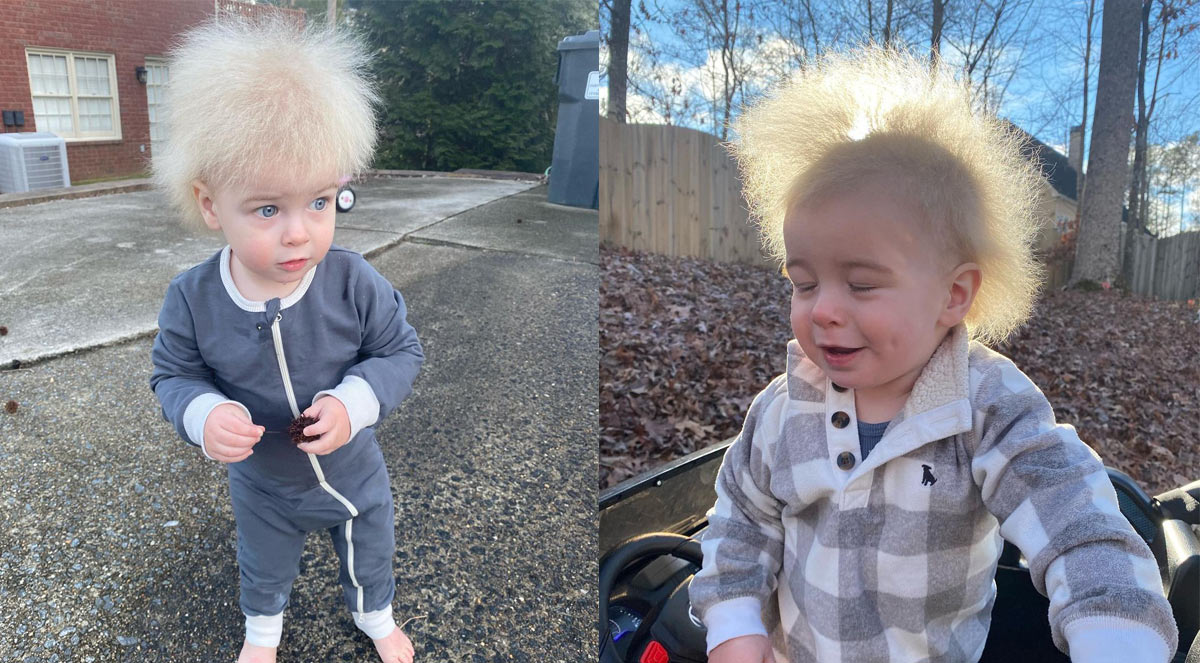 In 2021, Katelyn Samples posted a picture of her one-year-old son named Locklan on Instagram. Hours later, a stranger messaged her asking if the toddler had been diagnosed with a condition called ‘uncombable hair syndrome’. At first, the Georgia-based mom was shocked. “You see ‘syndrome’ and you’re like, ‘Oh my gosh,’ is something wrong with my baby? Is he in pain or something?” Samples recalled in an interview with Good Morning America (GMA). She later called up a local paediatrician who admitted to having never heard of the condition either.

What is uncombable hair syndrome?

Now, this doesn’t mean that there would be a spurt in hair growth. In fact, those diagnosed with UHS typically have a normal amount of hair, but it grows more slowly. “The hair stands out from the scalp and grows in different directions,” WebMD goes on to note, adding how the condition only affects the hair on one’s head and not on the other parts of the body. The tresses in question also tend to be coarse and dull in texture, apart from being hard to manage.

According to the National Institutes of Health (NIH), only around 100 cases have been reported in medical studies. However, several experts believe there could be more unreported cases—like Locklan’s.

“People might just be like, ‘Oh, my child has unruly hair or hair that’s difficult to tame, but they might not have sought a medical professional, like a paediatrician or dermatologist to formally diagnose the condition,” Doctor Carol Cheng, a paediatric dermatologist at UCLA Health told GMA. The expert also highlighted how the condition can be diagnosed with a genetic test and the examination of a hair sample through electron microscopy.

“When you look under that microscope, you can see that instead of having hairs that are cylinder-shaped… the shaft of the hair is actually more in a triangular shape,” Doctor Cheng explained. “Within the triangle, there [are] these little grooves that go up and down the long axis of the hair shaft so that’s why it makes it really uncombable.” The expert then went on to note how at least 50 per cent of a toddler’s hair would need to have this abnormality to be diagnosed as UHS. For the genetic test, doctors would also look for changes or mutations in three specific genes like PAD13, TGM3 and TCHH.

“The three genes that were found are what we call an autosomal recessive condition, meaning that both the mom and the dad have to have one of these genes and pass it on to the child who’s affected,” Doctor Cheng continued. “It can also be inherited in what we call an autosomal dominant condition where only one of the parents has to have this genetic trait to pass on to their child.”

As for Locklan, Samples admitted that she can still comb the one-year-old’s hair for now but she doesn’t need to do it often. She also added how it requires less maintenance than it actually looks. “It can get matted easily. It is very fragile… It can get tangled and I do have to be careful,” she said. “That would be a time I actually would wash it because I very rarely wash his hair. Just doesn’t need to be, it doesn’t really get greasy.”

Ever since his diagnosis, the Georgia mom has been sharing the toddler’s life on Instagram to spread awareness and joy on the internet. “We get a lot of comments about him looking like a dandelion and that’s actually a very accurate description of appearance and how it feels,” Samples said. “His hair is extremely soft, like a little baby chick. People will ask to touch it, which is fine with us, as long as people ask.”

As of today, there are no official treatments for UHS and the abnormalities tend to get better with age. “It doesn’t stay with them for their entire life,” Doctor Cheng mentioned. “So after puberty or into adulthood, typically the hair condition does get better.” Over at Locklan’s end, his mother highlighted how her family’s biggest message is to “celebrate what makes you stand out and what makes you different. “If you think your kid might have it, go inquire and ask questions and be your child’s advocate,” she concluded.

I don’t know about you, but scrolling through Locklan’s adorable Instagram feed has my hand itching to touch his dandelion soft hair. With consent, of course. 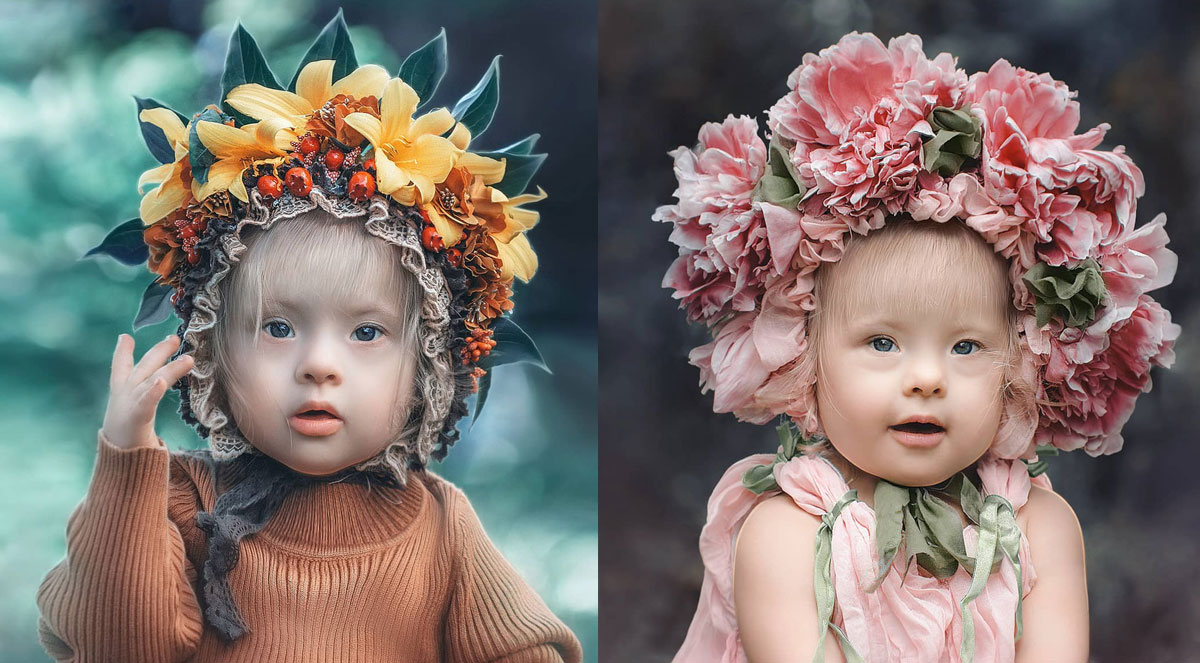 Mother captures AMAZING photographs of her adopted child with Down syndrome

A few years ago, Katya Filatova—a Moscow-based photographer—and her husband adopted a little daughter named Lisa, who has Down syndrome. However, some of the responses Filatova got on the streets were more than uncalled for. “Many people think that children with Down syndrome are ugly and are unable to show their emotions,” she said in an interview with Bored Panda. As a creative soul, the mother was then committed to changing the narrative and proving how everyone is beautiful, regardless of their challenges and characteristics.

Capturing her adorable daughter Lisa in handmade costumes and flower crowns, Filatova seeks to create fairy tales in each picture. “By changing societal views about people with disabilities through pictures, we can change real life,” she added.

Actively posting on Instagram, Filatova currently aims to build her page as a channel of discovery where others “learn that children with special needs are ordinary children who know how to play, be happy, be sad and to love.” I mean, just look at these 20 pictures Filatova has captured of the little munchkin. Caution: brace yourself for some baby fever!