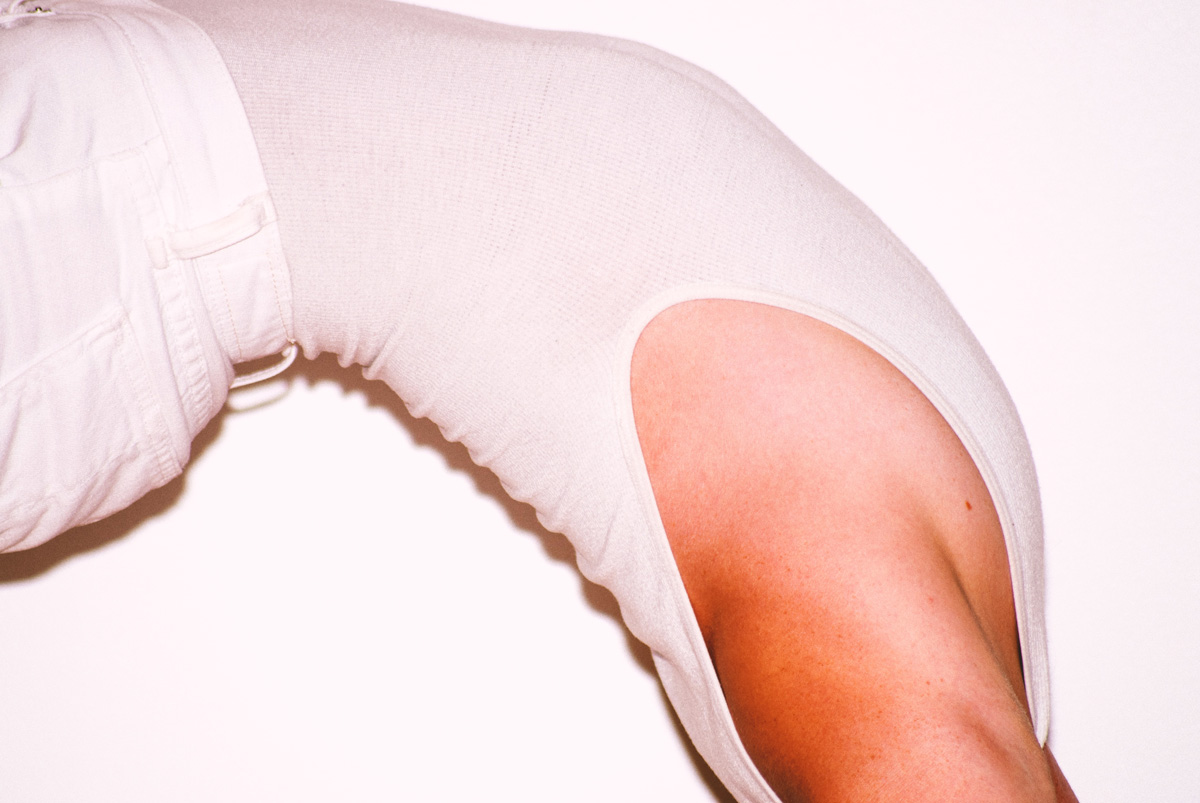 Continuing Alarm
Introducing ‘gen Zzz’, a new SCREENSHOT series aiming to discuss all things ‘wellness’ while simultaneously combating toxicity, promoting mental health and rest, as well as highlighting gen Z’s unique and brave rebellion against the backwards boomer brigade. While we’ve previously made it our mission to counter subjects like toxic beauty trends going viral online, gen Zzz will go further by offering our readers a safe space for such issues to be discussed with full transparency. For this series’ first instalment, we take a critical introductory look at the burgeoning and overwhelming impact of #fitnesstok.

The never-ending swirl of #fitnesstok

While the emergence of #fitnesstok has proved incredibly useful for many—it does have a total view count of 1.5 billion thus far—there is little coexistence among the infinite number of workout routines. The debates online are enough to drive you insane as you find yourself in this ocean of fitness that sweeps you into each and every wave, naively believing the next trend each and every time. The constant scroll through my own For You Page (FYP) presents an unsettling reality that reminds me I may not have evolved from my disordered ways as once thought, inundating me with so many polarising opinions that those waves quickly pull me under into a suffocating whirlpool.

One creator tells me weight training is key, another warns of the issues of mobility. A third one suggests yoga as a replacement (the colonised physical kind without the spirituality of course), while other fitness ‘experts’ suggest this does nothing and cardio is everything you need. But, for some it can’t just be any cardio, so stop doing that and do High Intensity Interval Training (HIIT) instead. Though you probably shouldn’t do that because allegedly it increases your cortisol levels—I don’t even know what it actually means in the grand scheme of things.

Another scroll takes me to individuals judgefully casting their eyes across the gym floor from their treadmill because the secret is genuinely the 12-3-30—no seriously it’s this one. Except it’s not, and similar individuals can be seen on the supposedly superior stairmaster. Though, in fact, that only builds your quads and not your glutes, sorry. I guess it’s back to weight training then? That is until you round the corner and are hit in the face with the best exercise out there, pilates. How we feeling so far? Whiplash much?

Before this never-ending circle of fitness trends is unpacked further, let’s take a look at what some of the latest most popular methods of training are:

Weight training is perhaps the most popular mode of exercise in recent years. It mainly focuses on the use of weighted objects—like barbells, dumbbells or specialised machines—to create resistance and build muscle.

HIIT is a form of cardio-based workout method that focuses on alternating short periods of intensive anaerobic movement with swift resting periods.

A viral approach that had TikTok in what felt like an inescapable grip was the 12-3-30, a routine that involved walking on a treadmill at an incline of 12, at a 3mph speed for 30 minutes.

Pilates, developed by German physical trainer Joseph Pilates, is promoted as a mind-body technique that focuses on a marriage of exact moves and a specific breathing approach that aims to improve mobility, flexibility, core strength and stability.

Why #fitnesstok has become toxic

While the rest may have felt like a whirlpool, pilates has leapt up like a towering tsunami of slim bodies and matching gym sets to swallow fitness on TikTok altogether. Mirroring the virality of the 12-3-30, the resurgence of pilates has shunned all other modes of movement. And after being passed around like an unhealthy microplastic piece in these waters, I’m out. Officially. Not of exercise but of disordered consumption of this media.

Our generation was supposed to be the change and that hasn’t come into fruition as much as we’d hoped. Of course, there’s been undoubtable progress along the way (championed by the likes of Style Like You), TikTok, like the toxic days of Tumblr, is recycling the same attitudes as years past. The problem lies in an overwhelming amount of taglines and catchphrases that imitate the headlines of 00s tabloids gone by—there is no difference. Each one claims they are the next big ‘secret’, the answer you’ve been waiting for. But what’s the question?

Though it must be said that there is a whole host of genuine (and expertly educated) fitness instructors, influencers as well as regular folk counteracting the misinformation that litters the platform, #fitnesstok has become a cesspool that paralyses you with overwhelming choice. But why does this force you into this place? Well, the thread that connects these shifting obsessions with each mode of exercise is unfortunately, and unsurprisingly, weight loss.

That’s the question that all these quacks with the magical ‘cure’ to your intolerable fat perpetuate. There’s very little onus in this particular whirlpool on just experiencing movement, feeling free in your body and building strength in your own way. No, that strength must come paired with ab cracks, small waists or big glutes for it to actually count. All the while, they repackage diet culture into a neatly wrapped bow of ‘gut health’—selling you juice detoxes to ‘fix’ your gut issues and consequently lose 10 pounds as a result. And I still fell for it. Coughing up for a $20 juice cleanse is not what I thought I would be doing at 25 but here we are. It is undoubtedly a reminder of social media’s penetrable harm, of the fragile susceptibility we may possess as well as the fact that health will never count unless it’s in a slim body.

Coming through like the sight of a coast on the horizon, however, is the grounding energy of a movement of people online that are set on resurfacing from this TikTok trench and shunning this ‘agitating, grating voice’ of diet culture. You shouldn’t feel forced to pick one over the other because it’ll get you faster results. You can do one, you could do none, or you could do a combination of all the exercises—the choice is yours.

The information contained in this article is for educational and informational purposes only and is not intended as health or medical advice. Always consult a physician or other qualified health provider regarding any questions you may have about a medical condition or health objectives.