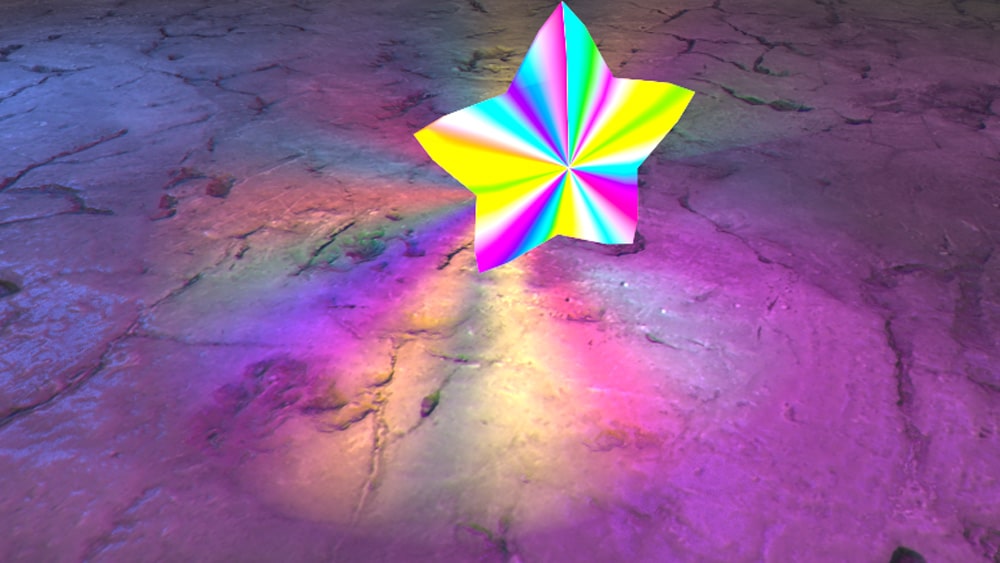 Animal Crossing: New Horizons has been the ‘it’ game of quarantine. Instagram stories have been speckled with pastoral, serene screenshots of avatars sitting by the water’s edge with a checkered picnic or stopping to smell the swaying roses in a MiuMiu SS2020 sundress. In spite of quarantine, Animal Crossing has allowed players to blissfully engage with the outdoors through an infinitely explorable landscape, expanded even further by this edition’s inclusion of an in-game smartphone. Despite these updates, the interface is still cosily familiar and quaint, like a replacement for your hometown—assuming you’re having to quarantine miles away from your own.

Many have examined the economics which are at the foundation of the beloved game, as its premise is based around your avatar’s debt, which is considered in the article The Quiet Revolution of Animal Crossing by The Atlantic’s video game correspondent, Ian Bogost. Bogost points out that, Animal Crossing has taught to his son what a mortgage was before ever buying a house—as it did with many current college students.

Naomi Clark—game teacher, designer and scholar at NYU—discussed the specific socioeconomic atmosphere in which the game first emerged from in a short lecture last week. In the late 90s and early 00s, Japan was emerging from a detrimental recession. As urban areas became increasingly crowded, the idea of the pastoral—the mountains, countryside, or beach, all of which are easily accessible from any point of Japan’s geography—became highly sought after and admired.

This is reflected in how the game is centred around the adoption of the main player into a community of animals. The human returns to a natural, cohesive community of flora and fauna in stark contrast to the concrete cityscape. The player then becomes further glued to the community through collective debt, which Clark points out is a reality of 18th century Japanese fishing villages. Debt, in this case, is what binds you to the community. Without it, there would be no game.

The absence of a straightforward narrative in the game encourages exploration of the space. Though grounded in debt, it’s essentially a highly idyllic economic space where you’re paid for whatever work you decide to do—whether that be catching butterflies or harvesting tarantulas—but aren’t penalised for sitting on a tree stump all day and watching cherry blossoms float by.

The idyllic economy is especially present in Animal Crossing: New Horizons compared to past renditions of the game due to the level of customisation available. Players are able to decorate themselves and their spaces in designer brands or artworks they admire—luxurious items that users aren’t able to afford or interact with in reality.

The rise of game boutiques such as Nook Street Market further facilitates the presence of designer clothing in the game’s world. For instance, in this screenshot taken from the account’s Instagram this past week, one player notes how they “can’t get Burberry irl, so got it on [Animal Crossing].” Player customisation and creation in and outside of the game is encouraged, allowing for an idyllic version of our own world to be reflected.

Similarly, the sweeping, buzzing fields and full, undulating fruit trees represent another kind of financial inaccessibility for most in urban populations. Dirt, and its associations with the organic and natural, has become a luxury item. According to a research paper in the British academic journal Biology Letters in 2016, “in urban ecosystems, socioeconomics contribute to patterns of biodiversity.” Socioeconomic statuses of residents in an urban area then produce a “‘luxury effect’, in which wealthier neighbourhoods are more biologically diverse” in plants, animals and insects.

This is demonstrated by the cordoned off gardens around Kensington and Chelsea, one of London’s wealthiest boroughs, which are only accessible for those who live in the limestone townhouses around the squares. A recent article by Huck Mag similarly echoes this with the author pointing out how multiple public spaces in London have been shut down due to coronavirus. The piece suggests opening up golf courses as more public outdoor space for those in the city who don’t have a garden or balcony.

While of course it’s difficult to ensure social distancing is maintained, it’s also important to recognise not only the physical but also mental breath of fresh air being outside provides. Outdoor space has become a privilege attached directly to income in the cramped contemporary city, which has become more blatant through the unprecedented measures of lockdown in which people are confined to the spaces of their property.

However, for the price of a Nintendo Switch and an Animal Crossing cartridge you can access a resemblance of this. Due to the quarantine measures globally, art and culture have moved to online spaces, but, similarly, the digital flora and fauna in Animal Crossing has become a virtual backyard or park space.

When you can’t build vertically or horizontally in a cityscape anymore, why not build into the cloud? With or without the pandemic or a recession, Animal Crossing still remains an idyllic space. Not only because it’s rooted in nostalgia, but because of these inaccessible elements which players are allowed to roam freely within and among in the game space. New Horizons offers plushy, CGI horizons that extend beyond our flat’s window frames. 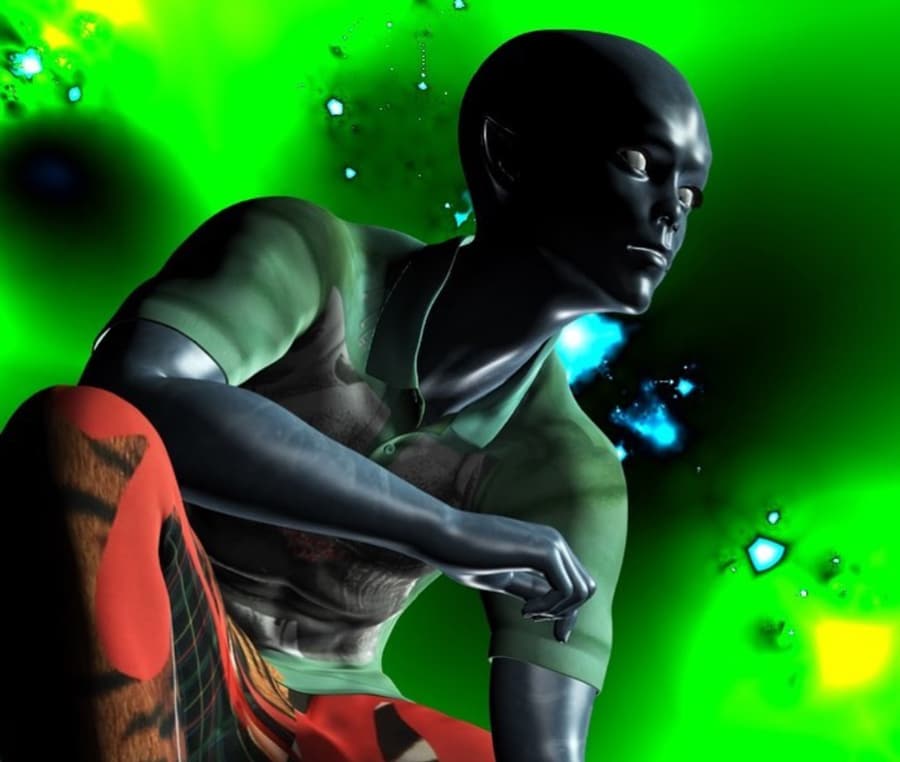 Rare are the times when gaming and fashion converge. I remember that one time Louis Vuitton and Final Fantasy came together, or the time Hermès released a rudimentary video game. But most couture collaborations with the gaming industry remain within the realm of artifice over substance. Karl Jouanni is here to change that with his forward-thinking, and gravity-defying fashion brand, Alive & More. Living within the cosmos of his other venture, Team Relms, Alive & More is a streetwear label that brings something new, fresh, and all-encompassing to the table. The concept is simple, get the RELMS app, play the game, and travel to the virtual fashion shrine to unlock your very real garments, and, while you’re at it, immerse yourself in the world of Team Relms as well.

The game designed by Team Relms marks a departure from traditional ways of selling products, but also showcases the rapidly evolving means of e-shopping. Now that online buying has become so commonplace, are digital means of sale becoming antiquated? In Jouanni’s words, his choice to go VR comes from a desire to “bring the in-store experience closer to the ‘point and click’ online shopping experience, in addition to clear benefits, such as a low carbon footprint.”

Less expected, however, is Team Relms’ desire to inspire real-world brands to layer their own buying experience rather than feel pressured to move everything online. This rings true for brands such as Gentle Monster who have thrived on heightening their real-world experience rather than betting everything on e-commerce, thus further demonstrating that the shopping experience can not only become an attraction, but can also host events and become its own branded-micro-universe and lifestyle.

Team Relms’ business model comes at a time of doubt concerning the pros and cons of incorporating paid goods or features in video games. In the UK, as of this year, the laws surrounding paid add-ons in games such as Counter-Strike and Call of Duty, have come under fire for potentially being a gateway to gambling later on in life. Some video games were also recently proved to be the perfect platform for criminals to launder dirty money. However, Jouanni stresses that his method of incorporating paid services is more to mimic that of subscriptions fees and exclusivity in real life. According to Jouanni, the natural evolution for his app would be to include infinite RELMS with a few being a paid extra, to give more perceived value to each VR universe created.

In terms of the future of VR, Jouanni has high hopes. He sees our convergence with technology and imminent symbiosis via Neuralink to be impending, and that, as he shared with Screen Shot, “We will all inevitably reach the point when brands and individuals alike have to make the call of how they will be represented in that conversation.”

Similar to how the internet has impacted us and the way we connect, Jouanni goes on to iterate that brands slowly created their web presence one by one before it became absolutely necessary to hire a web developer and launch their website. “This is where VR is heading, the new webpage,” he explains.

So maybe it is time for us to not only question how we approach traditional means of shopping, but also foresee where digital commerce can go. Is the next step a harmonious merge of the two? Or is it time we catch up with Jouanni and Team Relms while we still can, and begin building our very own digital abyss? Until then, my advice for you is to take cues from the man himself, venture into his digital world, and head over to the Team Relms website or the RELMS app. Enjoy your new shopping experience.