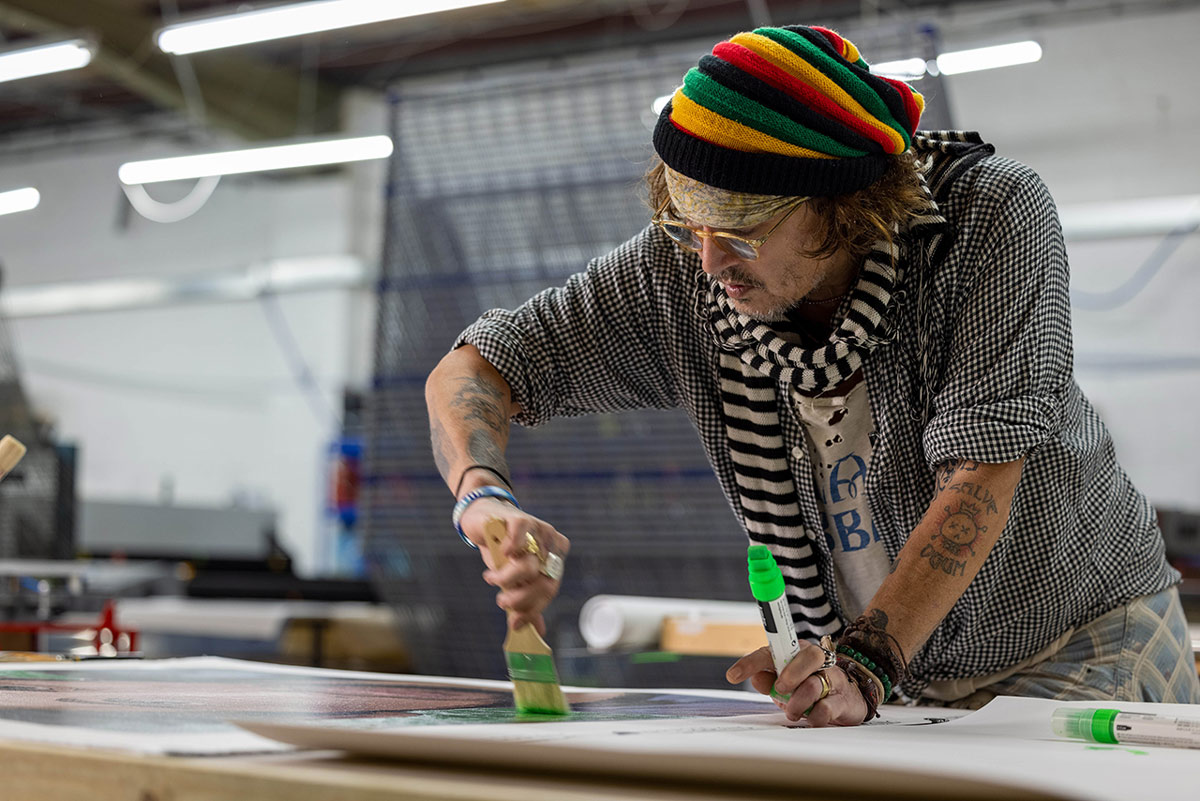 Johnny Depp gifts $800,000 from NFTs to charity Amber Heard lied about donating to

During what most of us will remember as the trial of the year, it was revealed that Amber Heard had failed to follow through with a pledge to donate $7 million (£5.8 million) from her divorce settlement with Johnny Depp to two charities: the Children’s Hospital Los Angeles and the American Civil Liberties Union (ACLU).

Earlier this year, the actor launched his first NFT collection titled ‘Never Fear Truth’ just before he and Heard began their defamation trial in Virginia. After selling off some of his NFTs, Depp’s company announced this week that it was donating thousands from its sales to the four charities mentioned above.

In a statement to RadarOnline, Never Fear Truth said, “We are pleased to be able to confirm that nearly $800,000 in total donations.”

On the NFT collection’s website, Depp’s art is described as “an important outlet for his creativity,” and explains it exists “at the intersection of ‘Pop Art’ and ‘Street Art’.”

“Recognisable images of people in popular culture are recast in vibrant, bright colours; and overlaid with the energy and wit of Street Art. The result is a series of iconic images of media figures that have moved beyond the impersonal graphic simplicity of Pop Art. It’s Pop Art with feeling,” the site explains.

When Heard pledged to donate her divorce settlement money to charity, she explained she wanted to give money to the Los Angeles-based hospital after having worked “as a volunteer for the past 10 years.” But even though the actress had donated some money, she claimed she was unable to pay the full amount due to ongoing legal issues with her ex-husband.

“Money played no role for me personally and never has, except to the extent that I could donate it to charity and, in doing so, hopefully help those less able to defend themselves,” she explained following her 2016 split from Depp.

During the defamation trial however, Candie Davidson-Goldbronn, a representative for the hospital, said they had only received $250,000 directly from Heard in total since 2016. The rep also added Heard had not worked out a donation schedule.

Meanwhile, Terence Dougherty, the chief operating officer and general counsel of ACLU, said his charity had received a total of four payments: $350,000 directly from Heard, $100,000 from Depp, and two payments of $500,000 and $350,000 from donor-advised funds. He then added that the charity had not received any more money from 2019 onwards.

While the Aquaman actress is reportedly in talks to release a tell-all book as ‘revenge’, she also made headlines after her request to set aside Depp’s defamation suit victory was denied by a judge.