Ever since Johnny Depp stripped bare and shaved off his beard, he’s had a bit of an identity crisis. Known across the globe for his ‘rockstar’ locks and permanently scruffy beard, Depp quite literally said ‘it’s out with the old and in with the new’, ditching his facial hair for a cleaner—albeit slightly off putting—new look.

However, now it appears the Pirates of the Caribbean star is having a tough time proving to fans that he is who he says he is. On 23 October 2022, a clip began circulating on the video-sharing platform TikTok. Shared by creator and Depp superfan, @myjohnnydepp_1, the actor is seen perched up against a wall, seemingly trying to convince an excited fan that he is in fact the man behind everyone’s favourite rum-loving pirate—the iconic Captain Jack Sparrow.

While many netizens have shared their mutual confusion in regards to the self-proclaimed artist’s most recent visual transformation, others were equally shocked at how Depp could ever be mistaken for anyone else. Perhaps if he had been carrying a guitar, there would have been greater clarity?

One user wrote: “People saying it’s not Johnny… you do realise he shaves just like any other man on the planet right?”

There has been a barrage of conflicting claims over whether the actor will indeed reprise his role as Captain Sparrow in the franchise’s next film. During the highly-publicised trial between Depp and his ex-wife Amber Heard, fans launched a Change.org petition addressed to Disney, pleading with the corporation to ensure the actor would be involved in Pirates of the Caribbean 6. These pleas, however, proved unsuccessful.

During the 2022 trial earlier this year, Depp testified that “nothing on this earth” would convince him to return to the franchise, let alone a company that had previously cut ties with him. It seems that, at least for the foreseeable future, fans may only get to enjoy the memory of their beloved Captain Jack Sparrow through the power of the internet. 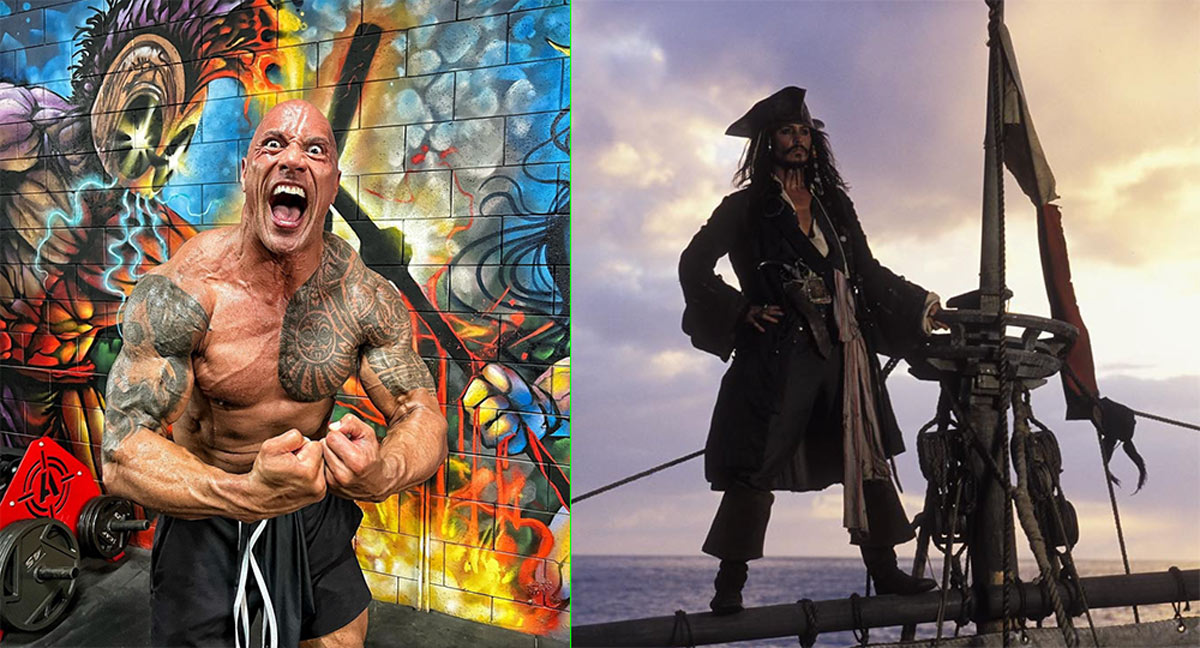 In the midst of Johnny Depp’s highly-publicised defamation trial against his ex-wife Amber Heard, which he won on 1 June 2022, the actor made a point of shutting down rumours surrounding his potential return to the Pirates of the Caribbean franchise. Sadly for the majority of the internet, the sixth instalment of the iconic movie would not include the beloved character of Captain Jack Sparrow—at least not one played by Depp.

What no one was expecting, however, was for the role of Sparrow to be taken on by another actor instead of completely removed from the plot of the upcoming movie. Though producer Jerry Bruckheimer previously confirmed that a script is being developed with Margot Robbie taking over the lead role, he also explained that there were no plans for Depp’s character to return.

And yet, new rumours have been circulating online about actor and former professional wrestler Dwayne “The Rock” Johnson taking on the task of replacing Depp as the emblematic captain. And it’s safe to say, fans aren’t happy about it…

Reports concerning the potential move first came from Giant Freakin Robot which wrote, “It has already been announced by Jerry Bruckheimer that two spinoffs are in the works. One will see Margot Robbie take the lead of the franchise. The other is currently a mystery for now. However, based on our trusted and proven source, we can report that a third spinoff is in the works. This third Pirates spinoff will star Dwayne Johnson.”

Though it doesn’t seem like The Rock would play Captain Jack Sparrow, as it spread online, the news somehow promoted the contrary—with Twitter users being quick to discuss the unfounded allegations. “Please – just NO! I don’t really have anything against the Rock, but he’s not a great actor who can be funny, devious, sweet, cheeky, cute, and just plain smart all in one movie 🙂 Or at all!” wrote one.

“I really hope the news about Dwayne Johnson replacing Johnny Depp as Jack Sparrow are untrue, or at least hope he rejects it. Would make me think a lot less of him if he took it. Also, stupid move since most of us will not watch it!” added another.

And it’s not just a role in the Pirates of the Caribbean franchise that Disney may be eyeing Johnson for. There are also rumours that he could be replacing Will Smith in yet another iconic role too. The Rock is to reportedly replace the Fresh Prince in Aladdin 2 following Smith’s Oscar slapgate fiasco with friend and comedian Chris Rock.