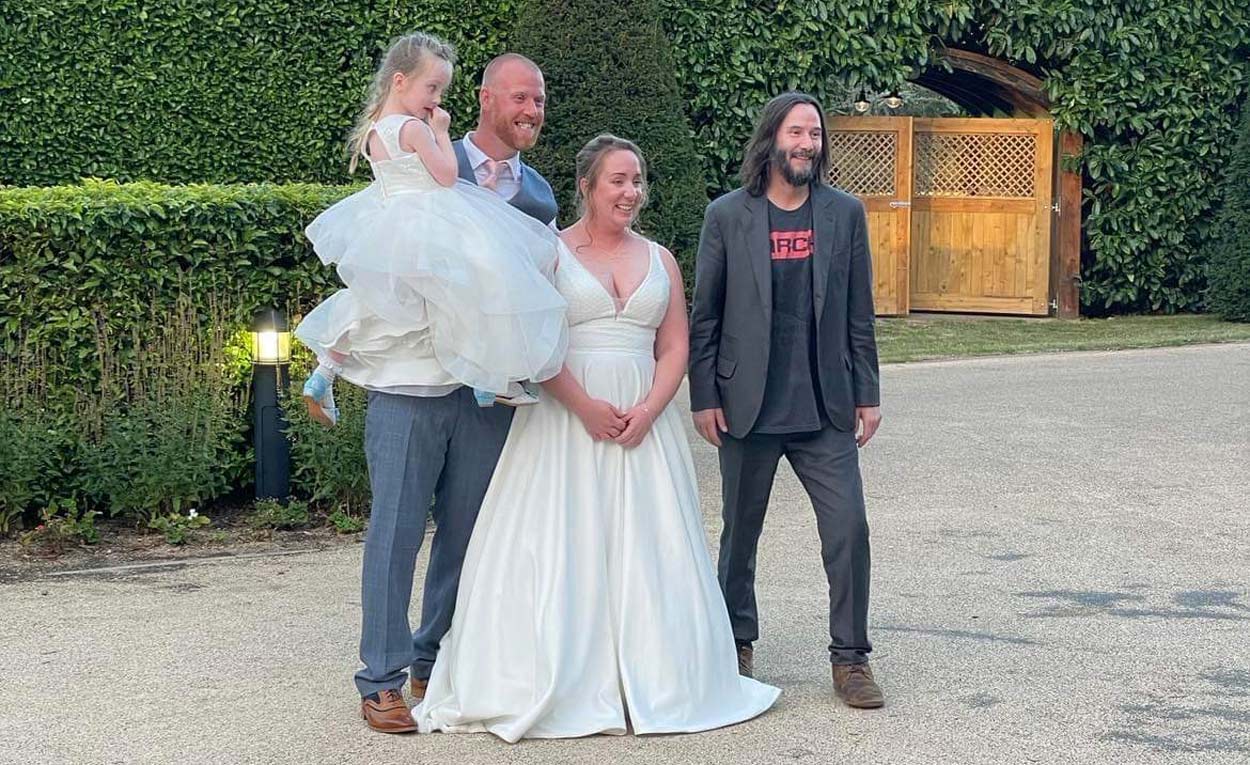 Keanu Reeves has long held the title of ‘the nicest guy in Hollywood’. While many admire Reeves for his extensive and impressive acting career, most of us praise the John Wick star for his down-to-earth personality—a trait which has often led to the actor becoming entangled in his fans’ lives. In his most recent escapade, Reeves spontaneously joined the wedding party of two ecstatic strangers from Northamptonshire, England.

According to Sky News, on 22 August 2022, Nikki and James Roadnight got married at Fawsley Hall Hotel in the South Midlands of England. Their reception was due to be held in the main function room with the presence of close family and friends. Unbeknown to their attendees, a ‘special guest’ was about to make a surprise appearance.

Having spotted the Matrix star in the bar of the hotel, James Roadnight decided to shoot his shot and proceeded to invite him to attend the wedding reception. Gracious as always, the actor promised to drop by later, and in true Keanu Reeves form, he appeared towards the end of the evening—even going as far as to take pictures with the entire wedding party and socialise with many of the guests. What an absolute legend.

While Reeves may not be immortal, his generosity and kindness towards others is an attribute often missing from the upper echelon of Hollywood. Numerous publications have highlighted the Canadian actor’s thoughtfulness when interacting with excitable fans. In June 2022, a special moment between Reeves and a superfan began to go viral on Twitter. The actor was approached by Alex Katsanos, aged 14, while waiting for his luggage at baggage claim in the airport and immediately gave him his full attention.

The young fan told ET Canada, “It was really a natural conversation. He was very nice and we had a great conversation for around ten minutes while we were waiting for our luggage. I still can’t believe I not only got the chance to see him, but to have a conversation with him and get his autograph.”

In January 2022, Insider even dedicated an entire listical to Reeves, titled 13 Times Keanu Reeves Was The Greatest Person Ever. In almost every single example, the actor was praised for his ‘above and beyond’ approach, including giving up his seat on public transport and taking a significant pay cut for the Matrix sequel in order to divert funds towards the costume and special effects departments. 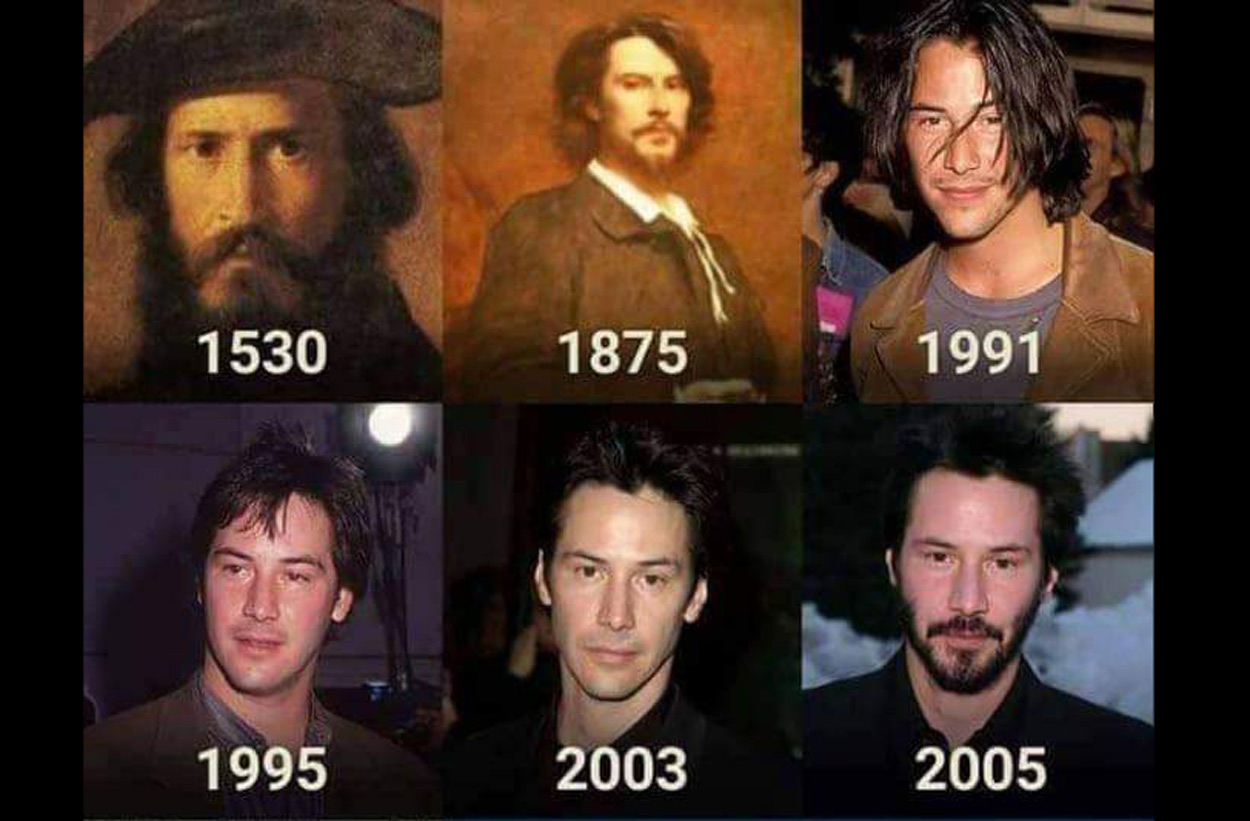 First, they claimed Avril Lavigne died in 2003 and was replaced by a body double, Melissa Vandella. Then, they said Eminem died in 2006 only to be replaced by an android clone. And now, they want us to believe that Keanu Reeves and Sandra Bullock, among other Hollywood celebrities, are vampires?

Sure, both actors look incredibly good regardless of their age. But we personally wouldn’t go as far as to put such good looks on blood drinking. And yet, some netizens beg to differ, with the wild conspiracy theory recently taking TikTok by storm.

One initial video which has since been removed from the platform showed a host of famous individuals next to their ancient doppelganger—suggesting that they’re not actual doppelgängers but the exact same person. In other words, what if those photos of people who look eerily similar to some of our favourite stars were actually them, and they were immortal?

That’s exactly what this conspiracy theory suggests. From Reeves to Jay-Z and even Johnny Depp, it seems like no one is safe from being included in this list. Some users also noted that the Pirates of the Caribbean actor is in a band called Hollywood Vampires…Coincidence? They think not.

Even before the theory started gaining traction on the social media app, a writer from The Hollywood News had claimed to have actual proof that the celebrities mentioned above were vampires, citing that both Reeves and Bullock stopped ageing around the same time. Jared Leto, Julia Roberts, Ian Somerhalder, Salma Hayek and Will Smith were also named.

As expected, people were quick to share their opinion on the conspiracy, with one user suggesting that Robert Pattinson is a vampire too. While fantasy should be kept separate from reality, it has been theorised that the actor is (kind of) related to Vlad Dracula.

Meanwhile, another user offered up a logical explanation, “It’s a well-known fact that every person has a doppelganger somewhere in the world.” We’ll go with this one for now…