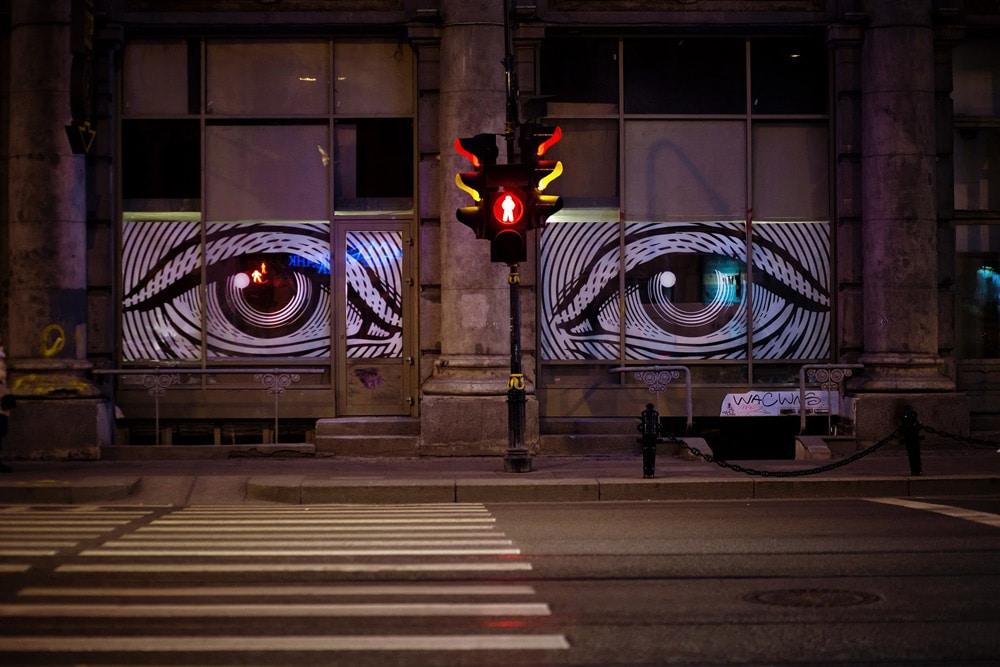 Nature is healing, racism is the real virus, street art is returning

I think it’s time we talk about systemic racism in the art world. Following the brilliant irony of @freeze_magazine’s recent Instagram post (in collaboration with @anders_lindseth) which showed Black Lives Matter protesters looting a KAWS exhibition at 5Art Gallery in Los Angeles, captioned: “Street art is back on the streets. Nature is returning,” people’s opinions became split. Is looting during the protests against racial injustice really “thuggery”? Or is it just another way of protesting for change and justice?

Brian Donnelly, known professionally as KAWS, is a white American male artist and designer with, in my humble opinion, too much money and attention. From an early age, Donnelly was known for marking buildings in New Jersey and Manhattan with ‘KAWS’. He soon moved on from tagging and developed a (one-trick pony) style of cartoon-like figures. Since then, despite his style remaining unchanged, the locations where his figures have been exposed certainly have, moving from the streets to ‘White Cube’ galleries and institutions. KAWS has 3 million followers on Instagram, his work sells for mind-boggling figures and his collectors include the likes of Justin Bieber. Need I say more?

In an age of Banksy and KAWS, it must not be forgotten that historically speaking, street art and graffiti’s evolution was born through black and Latino youth culture, who were often arrested for expressing themselves. Darryl ‘Cornbread’ McCray, Bryan Snyder and MICO are examples of artists and writers who were anti-elitists from the start, with Snyder arguing that “in its purest form, graffiti is a democratic art form that revels in the American Dream.” Maybe this once was KAWS’ message and mentality, but not anymore. That’s why, now, his work being looted and taken back onto the streets sends a powerful message.

Though probably unknowingly, by looting KAWS figures last week, protesters also highlighted the racism omnipresent in the gallery system. Comments on the previous Instagram post mentioned 5Art Gallery as being guilty of racial profiling and having responded in the past aggressively to any individual calling them out, allegedly telling them to “go kill themselves.”

More and more pressure like this is being put on brands and arts institutions to speak up and take part in the Black Lives Matter movement. Galleries are being asked directly what it is they are doing and called out if their answer is not enough.

Don’t get me wrong, peaceful protests are a great thing but if black people feel they need to respond with more, perhaps it should be respected as a cry for more action; more change. Yes, this post’s ironic satire is funny, but it also calls attention to the fact that white supremacy is still very much present in our gallery spaces, which is not acceptable. In a time of COVID-19 and Black Lives Matter protests, this is the moment for the art world to stand up and take responsibility for its history.

Nature is healing, racism is the real virus, street art is returning. It’s up to the art world now to accept its part in systemic racism and start acting like it actually wants to see things change. If it doesn’t, surely more looting is to be expected. 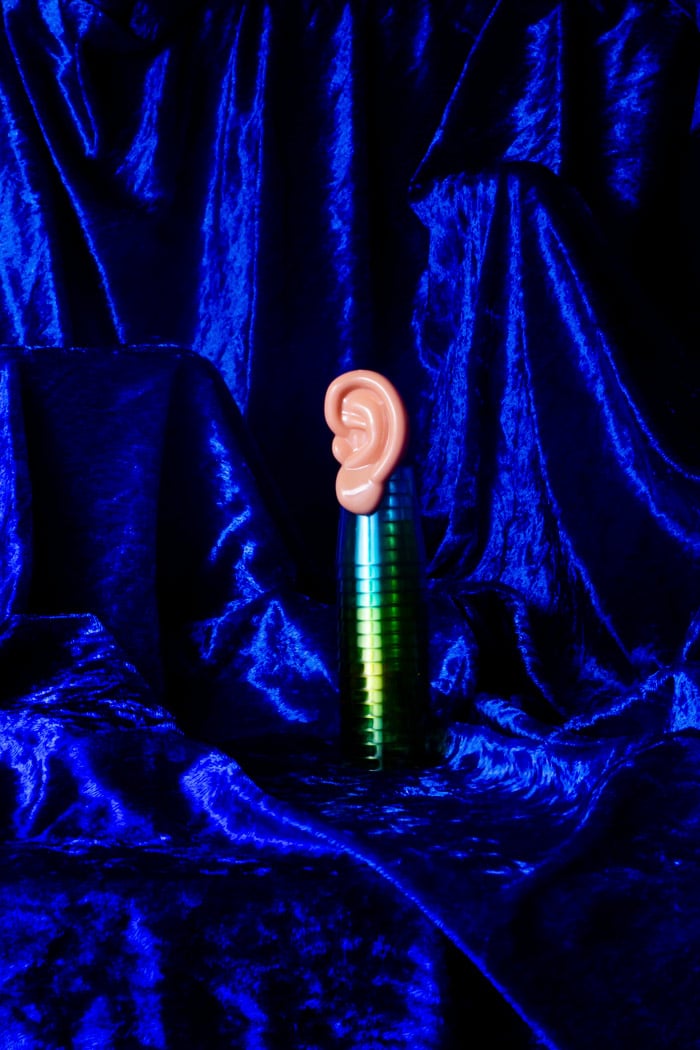 What are the major problems faced by the art world during COVID-19?

What are the major problems faced by the art world during COVID-19?

For a while there was a feeling that this was only temporary; that life would eventually go back to ‘normal’ as soon as the lockdown would be lifted. As time rolls on and governments begin to ease lockdowns, the return to ‘normality’ becomes foggier. Where does this leave the art industry? And, in particular, the organisations and individuals who work hard to aid the production of emerging contemporary art, which are often the hardest hit in these circumstances?

The art world was already in such a state of upheaval due to the immense takeover of mega art fairs, inflation and other factors such as Brexit. So, what are the major problems faced by these organisations during COVID-19, and what can we learn from them?

Of course, we have other major priorities than discovering the next big painter or famous artwork—our health and the funding of public health services must be put above everything else, always, and especially now. As artist Jesse Darling powerfully put before refusing to speak more to Screen Shot: “I’m scared and trying to stay safe, while doing what I can for others who might be in a harder situation,” an understandable reaction.

In times like these, however, perhaps it can also be useful to listen to and learn from each other. That’s why Screen Shot spoke to influential people in the art industry in order to gain a little clarity.

After these conversations, it became clear that there are two resounding issues at play: the logistics necessary for sales and the cancellation or postponement of fairs. With movement completely halted, the transportation of already-sold artworks and even the ability for galleries to reach their storage spaces became infeasible.

For many small galleries, fairs generate their only, if not most significant, annual income, which puts those that have already made this year’s investment into stall spaces in a precarious position. There has been, however, a growing call to rethink the takeover of large fairs as they create unhealthy barriers to entry for new arrivals. As Vitrine’s gallery manager, Will Clarke mentioned: “We are optimistic that this period could allow for a ‘levelling’ of the private art sector and push back the importance of the larger fairs, allowing for smaller operations to flourish. Take, for example, Magda Sawon’s [Postmasters Gallery] boat metaphor: ‘they capsize easily, but can also recover fast’.”

One certainty we can hold onto is that digital spaces and content are flourishing. As Clarke pointed out, “even though it has been present in the last few years such as at the last Venice Biennial, the importance of digital art has been highlighted twofold.” Kevin Hunt, artist and lecturer at Manchester School of Art has compiled the Pandemic Programmme, a list of some of the most interesting, entertaining, useful, relaxing, recommended, critically engaged and particularly good online visual arts content that has been published.

Despite these moments in digital content, it is indeed with sadness, that exhibition openings will be sidetracked and smaller satellite fairs, such as Liste, will not be able to create their yearly meeting space and platforms for young and emerging artists. “This job is made of meetings, encounters, relationships, conversations. If the human contact does not become possible anymore what is the point? If smart working is the future for us then isn’t this sad? Art is an experience to live with and not to imagine about,” says Levi.

Liste’s director, Joanna Kamm made a commendable point that should conclude this article. She explained that all we can really offer each other right now is solidarity and to direct focus and awareness towards the galleries that are taking the biggest risks in showing the work of artists whom, without them, would likely remain undiscovered, and from whom we all benefit: “It is through galleries’ commitments that we have the opportunity to see art that not only describes the present but also creates it—with new aesthetics, media and values.”