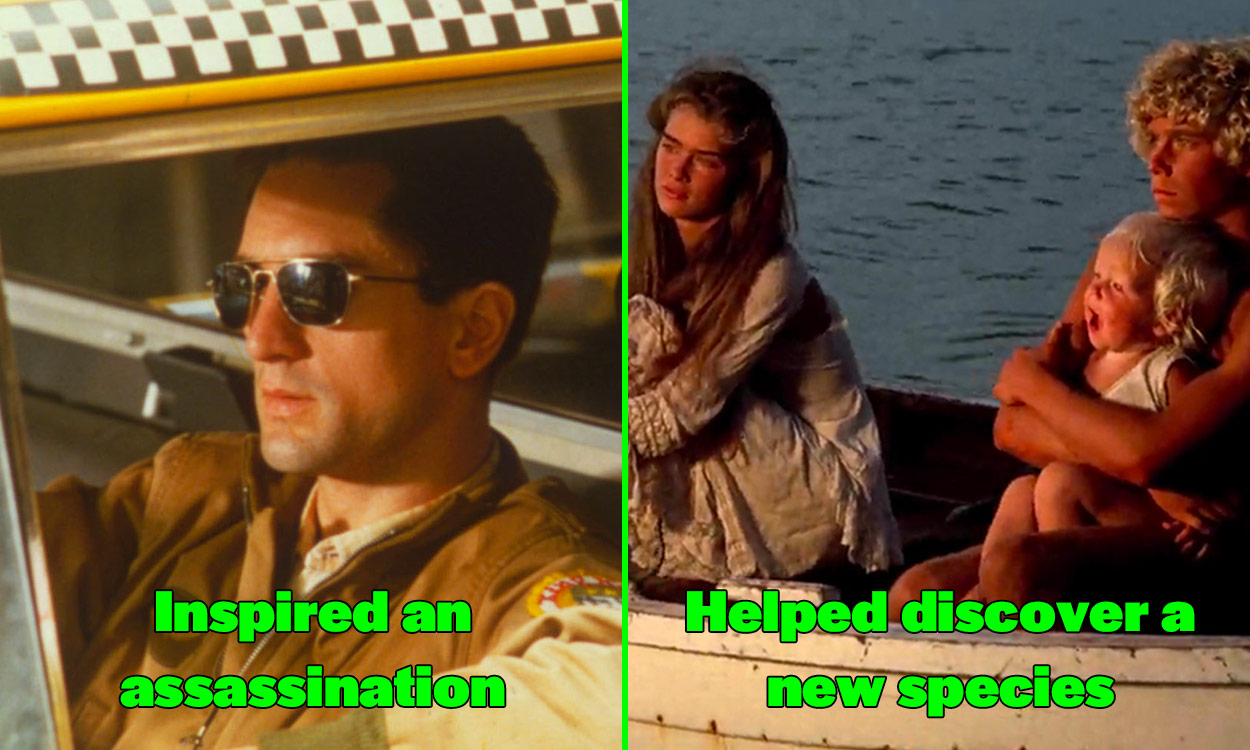 From Girl in the Picture to The Most Hated Man on the Internet, Hollywood’s finest creations continue to be inspired by true events and personal stories of horror, tragedy and success. Though it’s hard for film and documentary makers to find the sweet spot between including the most obscure historical details while still maintaining a captivating narrative, some have managed to approach their subjects with a journalistic eye rather than just slapping the ‘inspired by true events’ label on them.

But in an almost-parallel timeline, there are some films that have caused real-life events after viewers were inspired by the work of art in question.

From triggering an assassination attempt to discovering a new animal species, here are six movies that have changed the course of history—in turn, proving that films have a strong influence on our perception and behaviour alike.

On 30 March 1981, actor-turned-president Ronald Reagan was shot in the armpit by a man who wanted to impress Jodie Foster after becoming obsessed with her character in Taxi Driver. John W. Hinckley Jr. had watched the two-hour film as many as 18 times, memorised the script and its dialogues, dressed in an army fatigue jacket and flannel shirts, drank peach brandy, kept a daily log of his frustrations and eventually bought three guns to imitate Robert De Niro’s character, Travis Bickle—which resulted in him attempting to assassinate a politician just like Bickle does in the movie.

In a letter addressed to Foster and immediately written before the assassination attempt, Hinckley Jr. stated: “By sacrificing my freedom and possibly my life, I hope to change your mind about me. This letter is being written only an hour before I leave for the Hilton Hotel. Jodie, I’m asking you to please look into your heart and at least give the chance, with this historical deed, to gain your love and respect.”

Although Reagan survived, his press secretary James Brady sustained an injury that took his life 33 years later. Meanwhile, Hinckley Jr. went on to be hospitalised and not held criminally responsible for his actions after being declared legally insane by psychologists and jurors. Foster has since admitted that the incident has influenced how she approaches future roles.

Back in 1979, John Gibbons from the University of the South Pacific travelled to the Fijian island of Yadua Tabu and discovered an iguana previously uncategorised by scientists. But during a screening of the 1980 sexual fantasy movie The Blue Lagoon (featuring a 14-year-old Brooke Shields, by the way), his associate Kraig Adler spotted one of the iguanas among the film’s fauna—shot in Nanuya Levu—confirming the existence of a second population.

While the new species of lizard went on to be named as the Fiji Crested Iguana, numerous colonies were subsequently uncovered and Gibbons published a description of the species with a shout-out to The Blue Lagoon.

It was 2015 when Jordan Turpin started watching Disney Channel and realised that her family was far from ‘normal’. Turpin, who was 17 years old at the time, was one of the 13 children—aged two to 29—who had been held in lifelong confinement by their parents in California. They were allegedly beaten, choked, shackled, underfed, undereducated, rarely washed, and weren’t allowed to go outside except for occasional family trips.

In an interview with ABC News after she escaped, Turpin credited Disney shows and Justin Bieber for introducing her to the real world, “High School Musical and Hannah Montana… Those movies [where] their daughter would feel like they could talk to their mom. And we’d be like, ‘Oh my gosh… is that really how it is in real life?’,” she said.

After being choked by her mother for secretly watching one of Bieber’s videos, Turpin started planning her escape and eventually led to the release of her malnourished siblings and the life imprisonment of her parents.

Vessey Jr. reportedly looked into the scenario and admitted that it could, in fact, be a deadly threat in the future. 15 months later, Reagan issued NSDD-145, the first presidential directive on cybersecurity.

Soon after the 2013 documentary Blackfish aired across the world, it questioned the ethics of orca captivity and sent ripples throughout the industry—as it continues to sink marine parks even today. At the time, SeaWorld reportedly suffered attendance and stock losses as Southwest Airlines ended its partnership with the animal theme park chain after facing backlash. Legislation was also passed to prevent companies from using or mistreating captive orcas, which included a whale-specific amendment to the Agriculture Appropriations Act.

In a report, Representative Adam Schiff, the amendment’s co-sponsor, cited the movie by name by stating: “The documentary Blackfish spurred a broader public discussion over whether the conditions in which marine mammals, particularly orcas, are held for public display are humane and whether these animals should even be held in captivity… I have serious concerns about the psychological and physical harm to orcas and other large marine mammals in captivity.”

In 2007, North Korean defector and human rights activist Yeonmi Park escaped the country when she was only 13, travelling through China and crossing the Gobi Desert into Mongolia until finally settling in South Korea. Years later, Park admitted how she got her “first small taste of freedom” by watching the 1997 hit film, Titanic.

Viewing an illicit copy at her uncle’s house with the windows covered, it took Park months to finish the movie due to constant power outages. Nevertheless, she recounted how Titanic changed her life by “planting the seed of defection” in her memoir. “When I was seven or eight years old, the film that changed my life was Titanic. It amazed me that it was a story that took place a hundred years ago. Those people living in 1912 had better technology than most North Koreans!” Park wrote.

“In North Korea, the filmmakers would have been executed. No real human stories were allowed, nothing but propaganda about the leader. But in Titanic, the characters talked about love and humanity. I was amazed that Leonardo DiCaprio and Kate Winslet were willing to die for love, not just for the regime, as we were. The idea that people could choose their own destinies fascinated me.”

The movie has, in fact, planted the same seed in many more North Koreans—with one former police commander telling Washington Monthly, “We got together after work and watched bootleg copies of Titanic… We always knew life on the other side was better.” 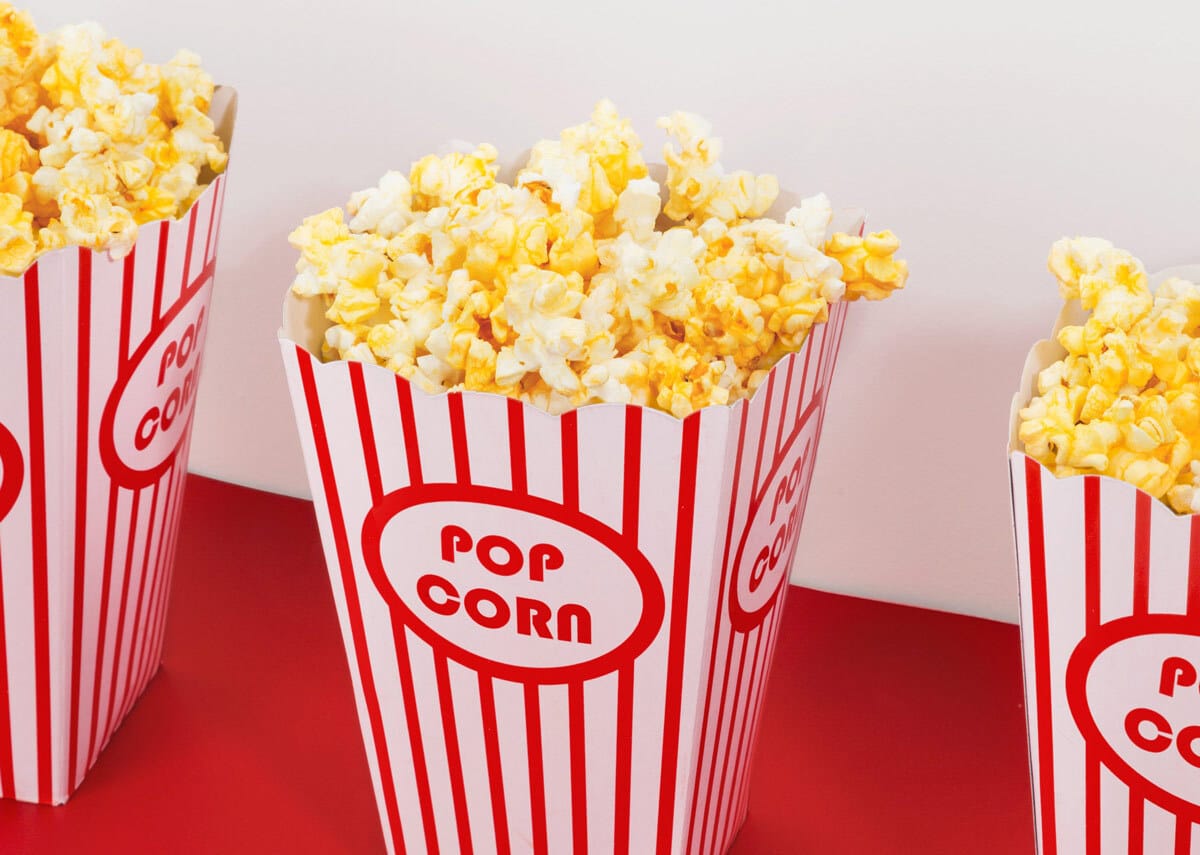 The 10 best movies to watch on Netflix right now

This year, a whole summer of festivals (and many other things) got cancelled. What can you do to kill time? Why not enjoy a summer of great movies instead? Just for you, we have compiled 10 of the best movies we’ve watched on Netflix recently. The digital platform has been especially busy this month, adding close to 100 new movies in August alone. However, Netflix also takes down about 50 movies on the first of each month, so make sure you put that subscription to good use and get watching!

First off, here are the ones not to miss with an end of month countdown. If you still haven’t got around to watching Blue Is the Warmest Colour, you’ve got until the 25 August. The movie was nominated for the Golden Globe Award for Best Foreign Language Film, and with nothing quite like it ever produced before the screenplay turned quite a few heads. This film marks a change of era, it is a modern classic. You’re welcome!

Lady Bird is another must-watch on our list. This one has been shown for a while, but it’s a film that will be spoken about for years to come—whoever you are, Saoirse Ronan’s character in Lady Bird will speak to you. If you’re still not convinced, should we mention that Timothée Chalamet is the main love interest?

Da 5 Bloods follows four African American Vietnam vets who return to Vietnam years after the war to search for the remains of their fallen squad leader, along with some buried treasure. It’s an adventure story where future and past are coherently lived by the main characters, real footage from the war is shown throughout too, which allows for a heartbreaking insight on what war brings.

If you like a mafia drama with an A-List cast, then The Irishman will not disappoint. Starring Robert de Niro, Al Pacino and Joe Pesci, this 3 hours and a half long movie is definitely worth it. Just prepare your snacks beforehand!

Million Dollar Baby is one of those films that make you feel invincible and want to run for your dreams with all guns blazing. It takes your emotions for a heck of a ride. If you’re lacking motivation or self-doubt is creeping along your peripherals, trust us and watch this.

Unbroken is Angelina Jolie’s directorial debut and we are obsessed with it. The outstanding performances come close to none, based in WW2, Olympian Louis Zamperini (Jack O’Connell) fights for his sanity and life in a Japanese prisoner-of-war camp. Nice one, Jolie.

To lighten up the mood or when you feel like an easy watch without much concentration to spend, Love Wedding Repeat is the one to go for. It’s all drama and laughter for this one and who can say no to that?

The Guernsey Literary and Potato Peel Pie Society is the British historical drama for the romantics out there. Set on Guernsey Island, it is beautiful enough to make us all want to escape to an internetless town and fall in love.

Project Power is the latest action film with a sci-fi twist that everyone is talking about. Starring Jamie Foxx, it ticks all the boxes for an edge-of-a-seat watch.

To end on a ‘true cinema’ note, last but not least is Roma, one of the most cinematographically satisfying watches available on Netflix. Shot in black and white, the movie is a stunning piece of work that will make anyone want to go to film school. A slither of modern cinema, the list that keeps growing! Enjoy.