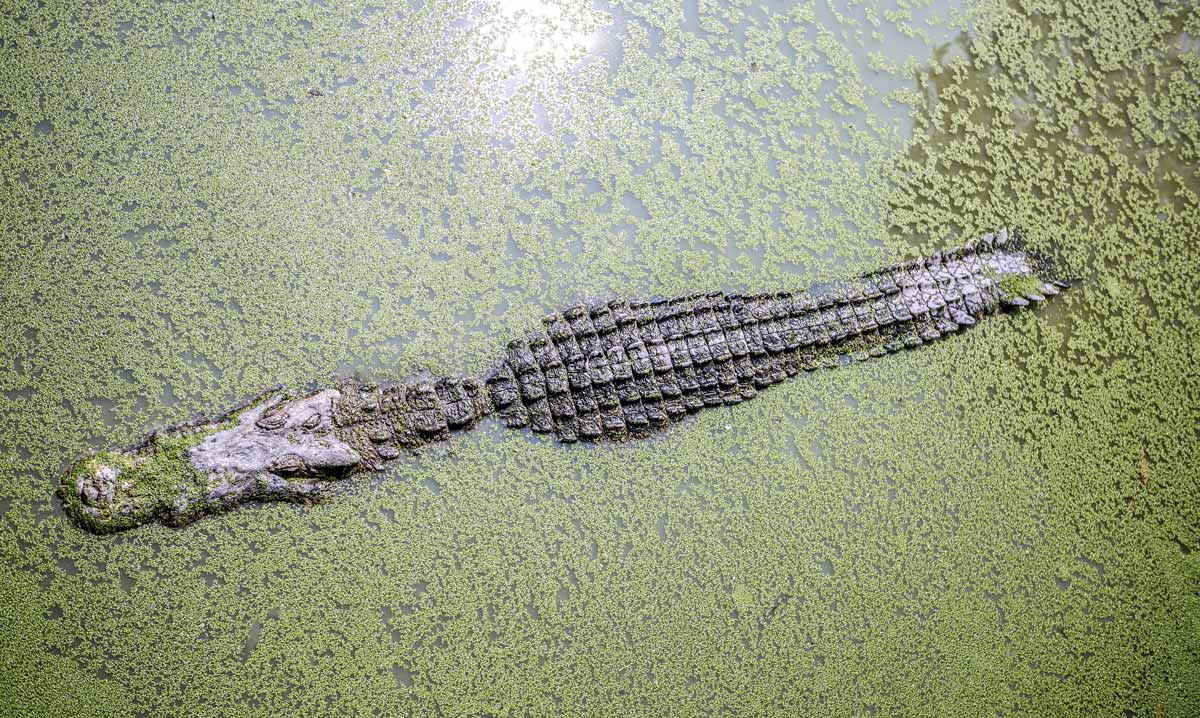 A 16-foot crocodile named after a terrorist is thought to have killed 80 people in a Ugandan village over a 14-year period. Named Osama, the reptile is said to have wiped out a tenth of Luganga’s population between 1991 and 2005 as he dwelled in Lake Victoria, Africa’s largest lake.

According to UNILAD, Osama would lie in wait near the lake’s shore and then quickly snatch his victims—which included kids as young as 12 years old—before dragging his prey down to the bottom of the lake.

Luganga locals thought the fearsome predator was immortal because of his sheer power, and one resident named Paul Kyewalyanga once opened up about the tragic death of his brother Peter when speaking to the Sydney Morning Herald back in 2005, shortly after Osama was captured and removed from the lake.

Kyewalyanga had ventured out on a rowing boat with his brother one day when the crocodile struck, leaping into their boat and grabbing Peter. “Osama just emerged from the water vertically and flopped into the boat. The back of the boat where I was sitting was submerged. Peter was clutching the side screaming. They fought for about five minutes until I heard a tearing sound,” Kyewalyanga told the publication.

He continued, “Peter shouted, ‘He’s broken my leg.’ Then he let go and was dragged into the lake. A few days later we found his head and his arm.”

In 2005, Osama was finally captured when local people and wildlife officials teamed up to lure the animal from the lake’s depths with cow lungs. He was kept alive and is now part of a breeding programme, with Uganda Crocs’ Alex Mutamba explaining at the time, “All Nile crocodiles like Osama will eat a human being if they perceive their territory is being encroached on. But our crocodiles are well-secured, so I’m not too worried.”

It hasn’t been confirmed whether the crocodile was named after Osama bin Laden, founder of the terrorist group Al-Qaeda (which was responsible for the September 11 attacks under his leadership) due to the animal’s frightening kill list but one can only imagine this to be the reason.

Many have been quick to compare Osama to Australian crocodile Fred’s recent attempt at murder, with the beast being swiftly put in his place by an Aussie man armed with nothing more than a frying pan.

Darwin’s Kai Hansen resident hit the saltwater croc on the snout when it lunged towards him in June 2022, and Hansen’s impressively calm response to almost being eaten by an enormous reptile quickly went viral online.

Hansen is the owner of Goat Island Lodge on the banks of the Adelaide river and shares his home with his beloved female crocodile Casey, who Fred had been pestering, prompting the brave (or stupid, your pick) man to give him a swift wallop on the nose before the animal was removed by a retrieval team.