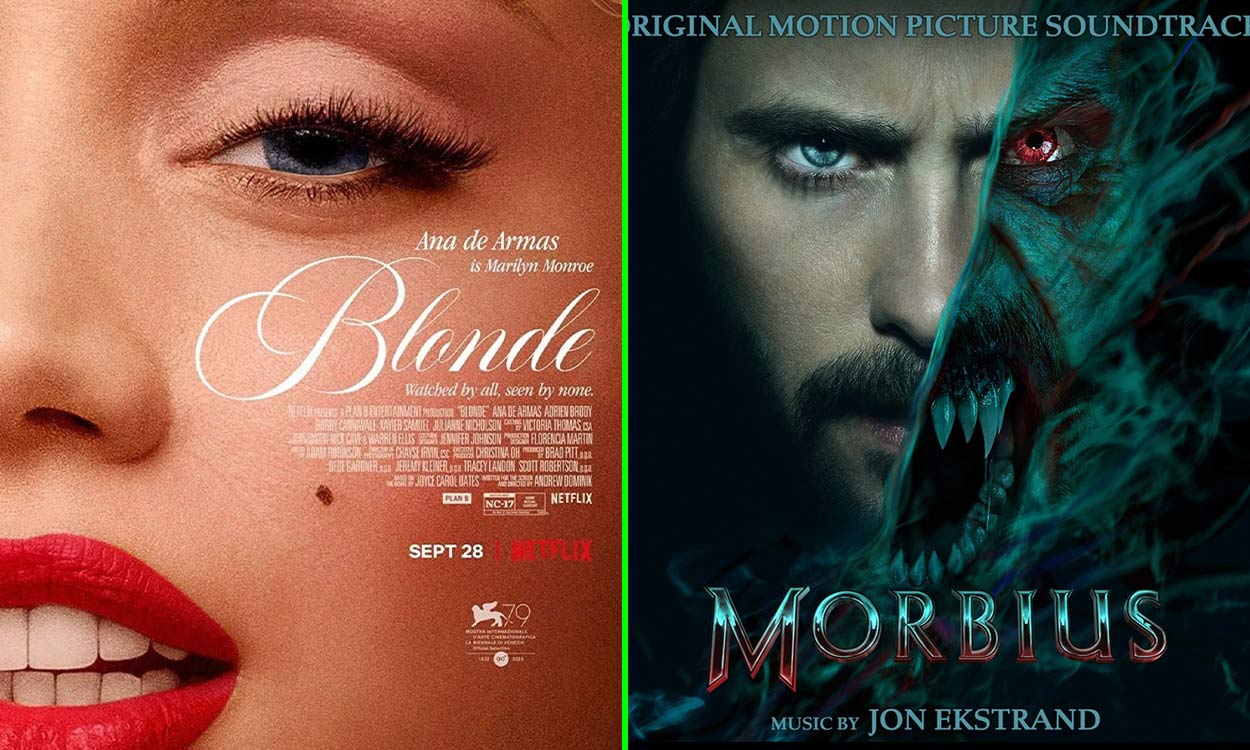 It seems as though these days, an award in Hollywood isn’t particularly hard to come by. While there are inspirational moments of achievement, representation and legacy, there are also often a myriad of celebrities who simply scratch their nose and they’re bequeathed an Oscar or Tony.

However, there’s another awards ceremony that exists in Tinseltown, one I’m much more interested in. And that is, the annual Golden Raspberry awards, or as they’re more commonly known, the Razzies. Each year, this parodic event celebrates the absolute worst performances of the year. Before we unpack 2023’s nominees together, let’s first take a brief look at where the concept for the nonconformist event came from.

How did the Razzies start?

The infamous award show was co-founded by UCLA film graduates Mo Murphy and John J. B. Wilson, with the first ceremony occurring on 31 of March 1981. The idea came after Wilson saw a 99-cent double feature of Can’t Stop the Music and Xanadu and pondered on his drive home that the two movies deserved to be awarded for their low quality—along with other films that he had not been impressed by from 1980. He evidently considered himself an expert on the matter, considering he’d consumed a plethora of film and TV during his job producing trailers.

So, the following year, Wilson held a potluck dinner at his home in Hollywood on the night of the 53rd Academy Awards and afterwards passed ballots regarding the worst in film. His friends were then invited to give award presentations in his living room.

As stated on the Razzies’ Wikipedia page, “Wilson stood at a lectern made of cardboard in a tacky tuxedo, with a foam ball attached to a broomstick as a fake microphone, and announced Can’t Stop the Music as the first Golden Raspberry Award Winner for Worst Picture.”

The ceremony, which seemingly was only supposed to be some lighthearted fun among film enthusiasts, quickly gained the attention of local papers and was even covered by local newspapers, culminating in a mention in the Los Angeles Daily News.

By the fourth annual event, the Razzies had attracted major national coverage. Now, with the 43rd ceremony almost upon us, let’s recap some of the juiciest nominees.

Based on the life and death of American icon and sexual pioneer Marilyn Monroe, the biopic Blonde was one of the most controversial films of 2022. Criticised for both its depiction and obsession with female pain, alongside its graphic interpretations of abortion and sexual assault—it’s unsurprising that the Andrew Dominik-directed feature film has been nominated for a total of eight awards at this year’s Razzies.

Blonde is not the first, nor will it be the last, film which attempts to cash in on Monroe’s legacy. However, it’s safe to say that audiences were overwhelmingly disappointed with the insensitive and offensive approach.

After the film was released on Netflix, netizens took to the internet to express their dismay—with many stating how they found the film unwatchable and impossible to stomach.

“Tried to watch Netflix’s Blonde. Couldn’t stomach more than about 20 minutes of the nearly three-hour length. Those 20 minutes were nothing but cruel and heartbreaking. Absolutely unwatchable,” wrote one user.

Another user went on to criticise how a specific scene involving sexual assault was portrayed: “Saw Blonde and turned it off in record time. Graphically showing rape on screen is not in any way a meaningful way to portray the horrors of sexual assault. Please, I’m btartegging you, leave this woman alone and quit slapping SA [sexual abuse] survivors and women in the face.”

Other criticisms involving the film primarily revolve around societal discourse condemning production companies for profiting off the lives and traumas of public figures—the upcoming biopic exploring the life of Amy Whinehouse has faced such backlash.

While he might be considered the friendliest man in the neighbourhood, veteran actor Tom Hanks is clearly public enemy number one in the eyes of the Razzie awards committee. The Toy Story star received three nominations, including worst supporting actor for his role in Baz Lurhmann’s Elvis and worst actor for Disney’s Pinocchio.

It seems the success of Elvis—which scored Austin Butler his first award win for Best Actor at the Golden Globes—didn’t wow the Razzie judges enough to protect Hanks from the infamous event.

Disney’s live-action remake of Pinocchio, which featured Hanks as woodcarver Geppetto, received terrible reviews from industry insiders and audiences alike. The film itself earned a total of six nominations—not completely surprising considering the film has a measly score of 28 per cent on Rotten Tomatoes.

After becoming one of the worst-reviewed movies of 2022, it’s no wonder why Morbius was nominated for several Razzies this year.

Musician, actor and highly controversial individual Jared Leto’s portrayal of Dr. Michael Morbius did not leave fans impressed. Right from opening weekend, the Sony picture tanked at the box office, earning less than any Marvel Cinematic Universe (MCU) movie in history. Things only got worse from there as critics and fans alike trashed the film from production effects to the storyline—or lack of.

Matt Smith, Adria Arjona, Jared Harris, Al Madrigal, and Tyrese Gibson all joined Leto on set, but despite such a promising cast, the movie was still dubbed a major flop.

If, like us, you can’t wait to see some of these movies win these well-deserved awards, be sure to tune in to the event on 11 March. 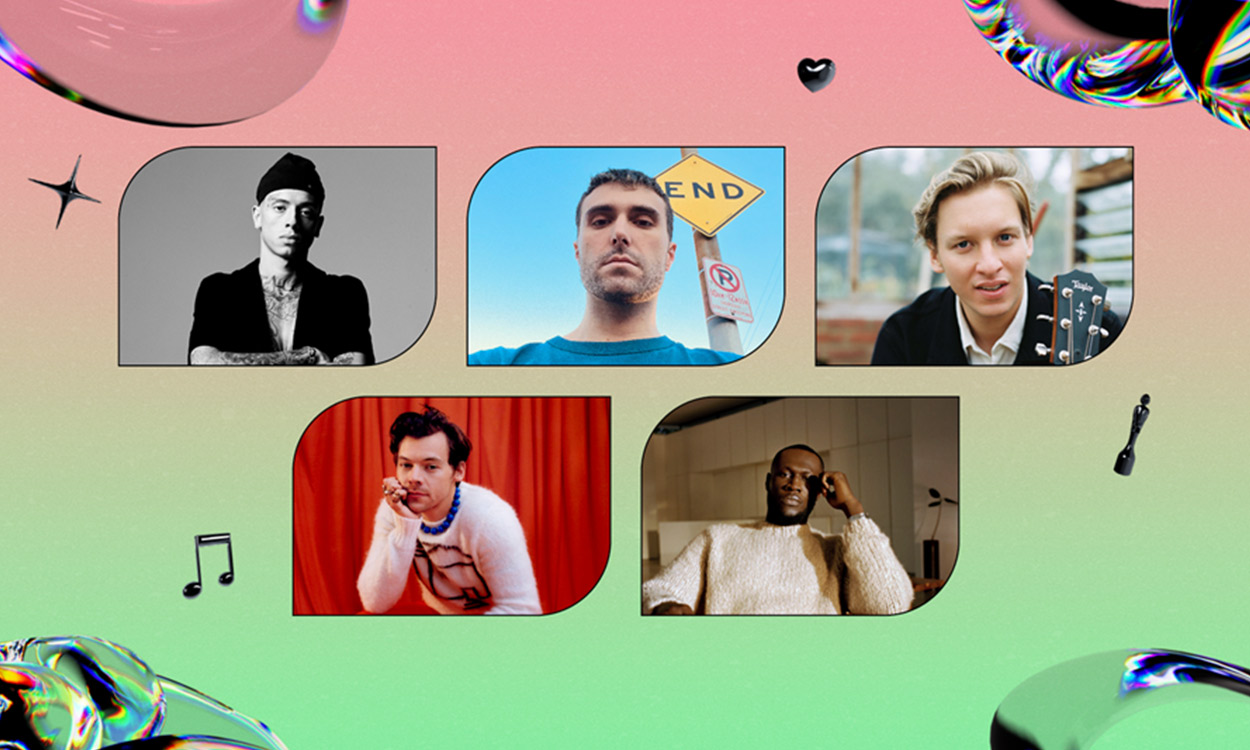 Brit Awards 2023 nominees: Did they forget that there are women in the music industry too?

When the Brit Awards first announced that it would scrap its separate male and female categories for Best Artist and Best International Artist in a bid to make it as “inclusive and relevant as possible,” in turn replacing it with a gender-neutral approach starting from 2022, the news was praised by artists and media alike.

This potentially groundbreaking move came after the backlash the annual music ceremony had received in 2020 for only featuring one British woman across the mixed categories of British album, group, song and new artist, and the fact that for the following year’s ceremony, non-binary British pop singer Sam Smith was left out of the gendered categories for solo artist.

Sadly however, with the recent release of the Brit Awards 2023 nominees comes the disappointing realisation that things haven’t changed one bit. This year, the artist of the year nominees are all male, and people are not having it—rightly so.

The Best Artist nominees are Stormzy, Harry Styles, George Ezra, Fred again, and Central Cee. Meanwhile, the Album of the Year category is also dominated by men, with Wet Leg being the only female act out of the contenders. At least the Best International Artist award is more mixed, with the list featuring Beyoncé, Lizzo, and Taylor Swift.

Last year, at the first ceremony to implement the changes, Adele took home Best Artist, Best Album and Best Song, while Wolf Alice won Best Group. But this year’s list can only be viewed as regressive—making the slight progress seen in 2022 appear much more like a PR stunt than a meaningful act of change.

On social media, countless netizens have taken it upon themself to denounce the clear lack of diversity and representation displayed by the Brit Awards’ latest nominations, naming the female artists who deserved to be recognised among the male-dominated list—and we’re not even mentioning the fact that gender-neutral individuals are nowhere in sight either.

Looking at 2023’s Best Pop/R&B Act nominees, another issue shows its ugly face. The category, which was introduced in 2022 alongside three more genre-specific awards to ensure a wider array of British talents receive recognition, features no R&B artists this year, despite the genre being mentioned in its title.

Instead, Cat Burns, Charli XCX, Dua Lipa—who did not release any original solo material in 2022—Styles, and Smith are all up for the award.

It should be noted however that the Brit Awards have made some firsts this year, such as nominating Smith and trans musician Kim Petras for their single ‘Unholy’. The girl band Blackpink has also become the first Kpop group to be recognised by the annual music ceremony, with a nomination for Best International Group, while Encanto’s ‘We Don’t Talk About Bruno’ is the first-ever Disney song to be shortlisted for a category, appearing in the Best International Song category.

The Brit Awards 2023 ceremony will take place on 11 February, hosted for the second year running by comedian Mo Gilligan. A word of advice? Expect a whole lot more controversy to come.