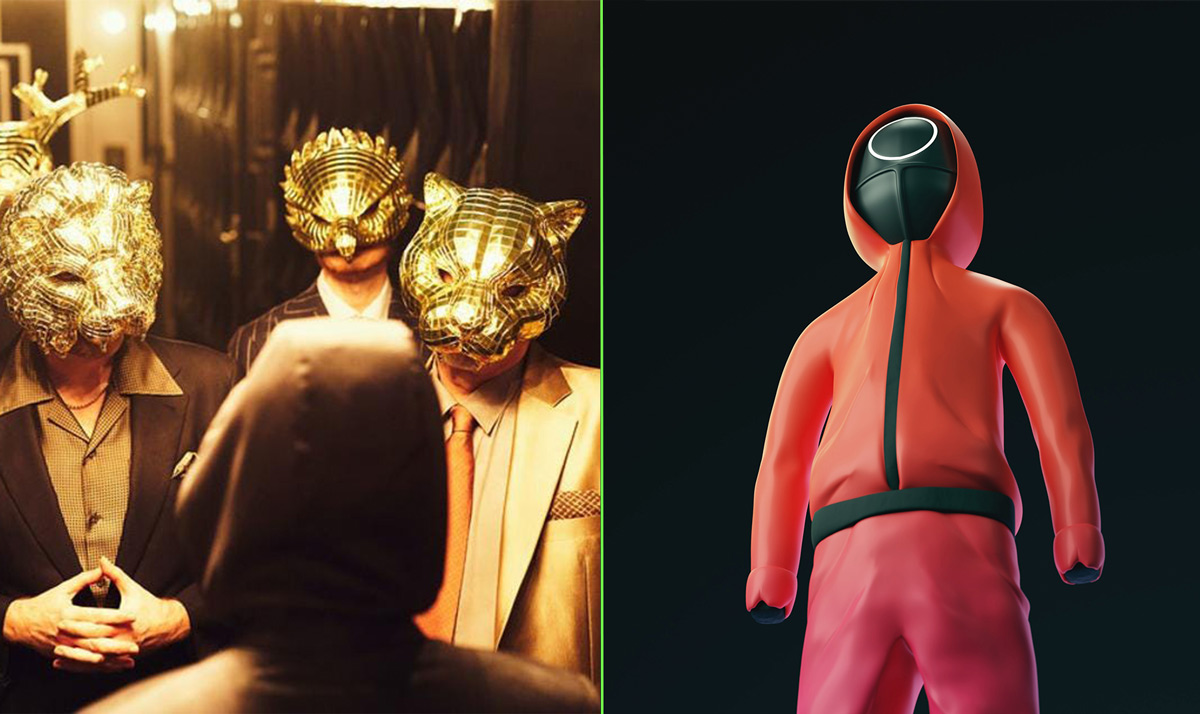 In a controversial move, Netflix has just announced a real-life Squid Game reality TV show is in the works. Following the incredible success of the show, it seems the global obsession with death game TV isn’t slowing down anytime soon. But don’t worry, this version will not mirror the South Korean dystopian drama exactly. In short, it won’t be life or death.

The digital version of the little cardboard invitation is an open casting call for English speakers from around the globe. “For this round, the Front Man is in search of English-language speakers from any part of the world,” the website, housed on the URL www.squidgamecasting.com reads. “The stakes are high, but in this game the worst fate is going home empty-handed.”

In what will be the largest cast in reality TV history, the show will feature 456 players—all with the hopes of winning a “life-changing” cash reward of $4.56 million, the website goes on to say, posing the final question: “Do you have what it takes to win Squid Game?”

According to a press release by Netflix, the motivation to produce the show came from the unbridled, global success of the first dramatised series, which has also been renewed for a second season. The company hopes to replicate such profit through a real-life version that allows people to participate in a series of games inspired by the fiction, with “surprising new additions” that will put the gamers’ character, strategies and alliances to the rest, it added.

The show, which will be filmed in the UK, will be a co-production that partners with studios behind popular shows like The Circle and 24 Hours in A&E.

“Squid Game took the world by storm with director Hwang’s captivating story and iconic imagery. We’re grateful for his support as we turn the fictional world into reality in this massive competition and social experiment,” said Brandon Riegg, Netflix’s vice president of unscripted and documentary series, as part of the announcement. “Fans of the drama series are in for a fascinating and unpredictable journey as our 456 real-world contestants navigate the biggest competition series ever, full of tension and twists, with the biggest ever cash prize at the end.”

However, it seems that the head honchos at Netflix have missed the point the original show was trying to make entirely. For many, the orchestration of what was originally a strong critique of capitalism, wealthy inequality and exploitation of the lower classes has been warped and predictably turned into an ironic commercialisation. In doing so, the streaming site’s decision-makers have themselves become the VIPs—the masked, greedy financial observers—hungry for more Squid Game profit.

Others appeared to have reacted to the news in the same way, “Did you watch Squid Game and miss the point entirely? Then have we got a show for you!” one Twitter user sarcastically wrote. “I don’t think I’ve ever seen the moral stance of a show so completely misunderstood by the general public like Squid Game has been,” another said. A third simply said: “What stage of capitalism is this…”

Writer and editor Reina Sultan wrote in a popular tweet, “Oh they laid us off so our salaries could be the game show cash prize got it got it.” This is in reference to the large lay-offs happening in the company this year, a reaction to reported slow revenue growth and loss of subscribers—while allegedly only axing its ‘wokest’ staff. Well, it looks like that may have been a mistake with this latest and unsurprisingly abysmal creation.

This goes on to show that Netflix’s, as well as large swathes of viewers’, engagement with the series was entirely a commercialised aesthetic experience which ignored the deep capitalistic violence that was the very purpose of its creation. In some strange parody, the streaming giant has also come forth with a revelation like The Old Man at the end of the show—proving they’re cut from the same cloth as the gluttonous golden-masked men.