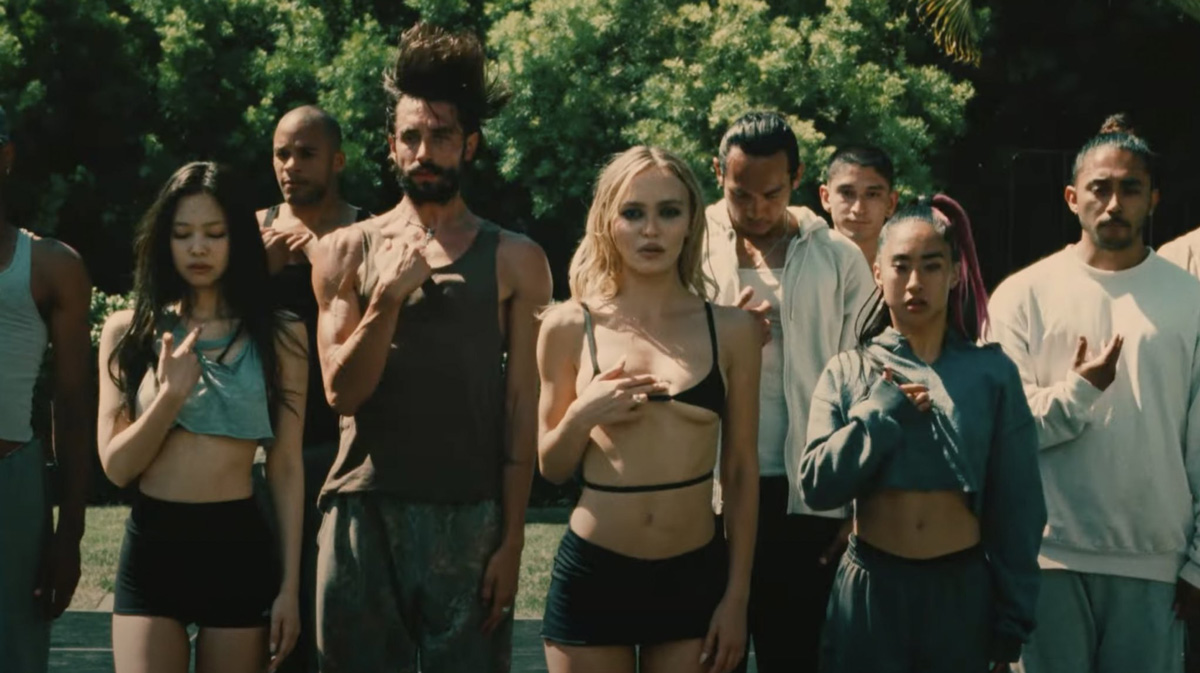 When the Euphoria fever gripped popular culture in 2019 and then again in 2022, audiences were floored by the series’ vibrant cast and aesthetics. Both times however, Euphoria managed to gather fans for itself but not for its creator, Sam Levinson. Writing the 18-hour-long episodes and directing all but three of them, Levinson emerged as a central figure behind the show—who was routinely criticised for using his characters as a vessel for projecting male fantasy as fans made calls to diversify his nonexistent writers’ room.

Fast forward to 17 July 2022, HBO Max dropped the first official teaser for “the sleaziest love story in all of Hollywood.” From the “sick and twisted minds” of Sam Levinson and Abel Tesfaye (professionally known as The Weeknd) comes The Idol, a story about a self-help guru and leader of a modern-day cult developing a complicated relationship with a rising pop singer.

Starring Lily-Rose Depp, Troye Sivan, Debby Ryan, Jennie Kim from the popular Kpop group Blackpink and The Weeknd himself, the six-episode-long series is set to the backdrop of the music industry in Los Angeles—with its 93-second teaser looking nothing more than a sex and drug fest on par with Euphoria.

While the premiere date for The Idol remains to be confirmed, netizens all around the world were quick to jump and react to its first teaser. Though the reception has been mixed, audiences seem to agree on one thing: given Levinson’s obsession with nudity, accusations of exploiting actors on a weekly basis and claims of fostering “gruellingly long workdays that could stretch anywhere from 15 to 17 hours,” the bar is already six feet under for The Idol. Will we still binge the show and tweet about it every single week a new episode airs? Embarrassingly, yes.

2. The kids are not all right

3. Sir, who called you any of these things?

5. Lily-Rose Depp and Jennie Kim, I’m looking at you now

6. A menace to society

7. And a lot of questionable white powder

8. Since we’re talking about Jennie in her actress era:

9. Just a maknae hyping her unnie

10. Fun fact: Jennie is officially the first Korean idol to debut in an American drama series

11. A bit of introspection can go a long way

15. The benefits of having a borderline-fanservice cast can’t be ruled out too